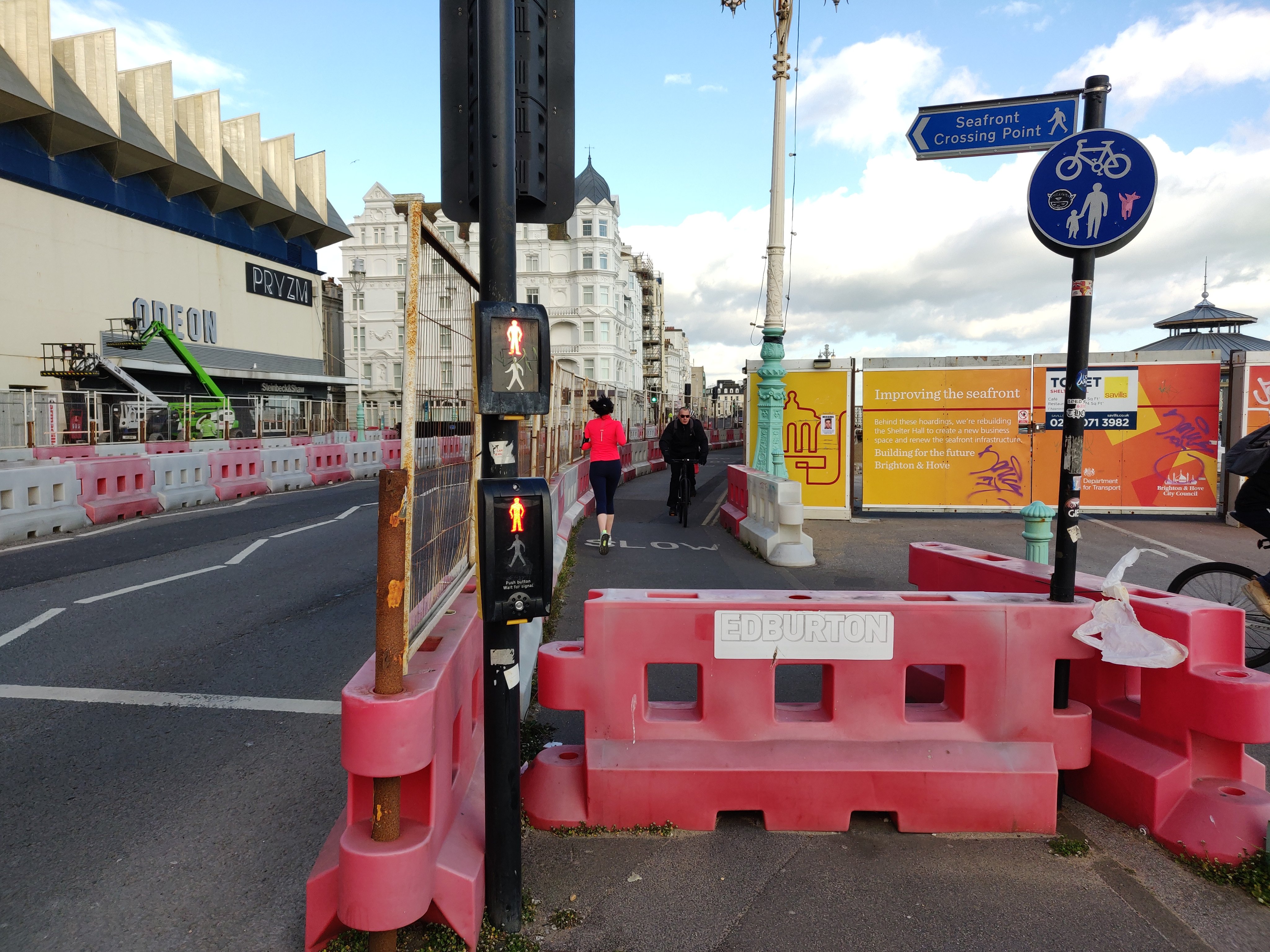 Roadworks on the A259 which have dragged on for four and a half years are finally due to be completed in weeks.

The Shelter Hall beneath is now complete, and is due to open on July 4 as a fancy food hall featuring Carlito Burrito, Smorls, Fatto a Mano and more.

Since work began restoring the Victorian building, the cycle lane above it on Kings Road at the bottom of West Street has been closed, with cyclists asked to share a narrow footpath with pedestrians.

The number of lanes for motorised traffic has also been reduced from three lanes to two.

The final part of the project, creating dedicated crossing phases for cyclists and banning right turns from West Street at the junction with Kings Road and West Street, began last month and is now due to finish in August.

However, the cycle lane will soon be moved off the pavement and onto the road itself, following last week’s approval of this and a raft of other measures to give more space to pedestrians and cyclists.

A council spokesman said: “The scheme will be substantially complete early August and the junction works around mid-August.”

Work started on the Shelter Hall in October 2015, and the roadworks above began on January 4, 2016.

They were originally slated to last for two years at a cost of £10 million, but the costs rose to £19 million after the council decided to upgrade the quality of the replacement Shelter Hall to make it more attractive to investors.

The extra money was also needed because the structure underpinning the A259 above was in a worse state than expected, requiring complex engineering work.

The Shelter Hall was granted an alcohol licence last month, after councillors were told the food hall would improve the demographics of the seafront.