Half of arts and entertainment sector jobs could go, expert warns 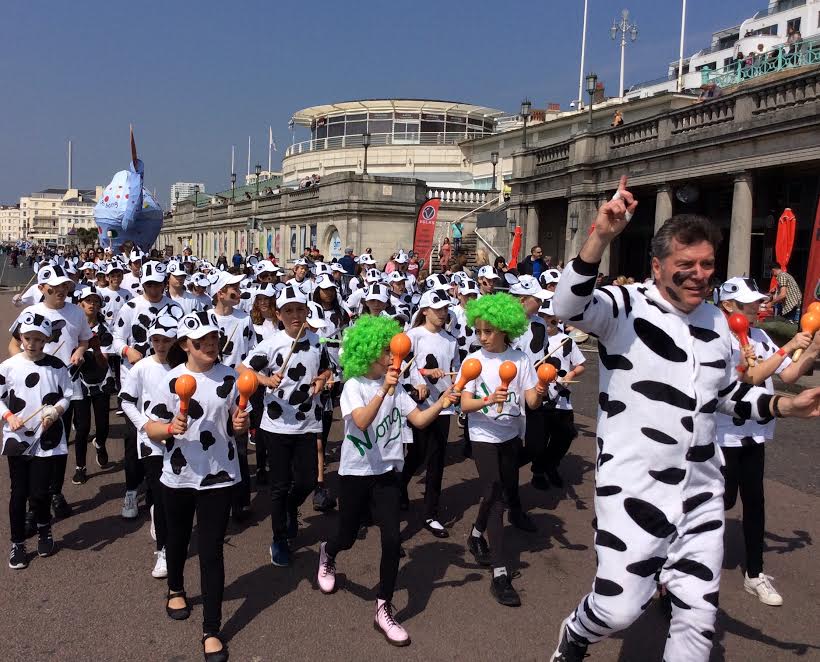 Up to half of all jobs in the region’s art and entertainment sector are expected to be lost in the next year, an expert has warned.

Senior councillors from across Greater Brighton – which includes Worthing, Crawley and Lewes – heard the region’s economy is set to lose an estimated £142 million as a result.

On Tuesday, the Greater Brighton Economic Board was told the sector is likely to take the biggest proportional hit, with a worst case scenario that venues won’t be able to reopen until 2021.

Caroline Hatch, director of “Global Urban Solutions” consultancy company Hatch, said: “As we think about the future and the way the region competes, it is very important to recover that, even though it does not contribute as much to GVA because it contributes to the character of the region.

“As more people move from London, there is a 1,000 per cent increase in people looking to move out of London. It becomes a strong competitive advantage.”

GVA is the gross value-added, a measure of the value of goods and services produced in an area.

Ms Haynes focused on an article from The Stage suggesting in a worst-case scenario, live performances would not start again until late 2021.

She said: “Live performances and festivals are very important within the Brighton and Hove region, this looks like that is going on for about two years.

“There are reports theatres will not open until the end of 2021. Everything has been cancelled in terms of major festivals and events around the world.

“So many different businesses contribute to festivals and the support of festivals that will be problematic in terms of jobs loss and Brighton’s identity.”

All sectors of the economy will face a downturn for the next eight to ten years, she said.

The board heard in the event of a second lockdown the region could face a 26 per cent fall in the value of goods and services to the regional economy.

A middle-ground scenario would result in an 11 per cent loss GVA in 2020.

The region would not reach pre-Covid19 levels of productivity until 2028.

To reach the previous level of GVA growth by 2023, the economy would need to double its growth.

The Hatch report said: “Sectors and businesses will need to be supported not just to recover, but to find new and innovative ways of producing output and increasing productivity.”

Ms Haynes said other parts of the country would need to treble or quadruple growth to achieve the same levels as the Greater Brighton region.

A £778 million loss to manufacturing makes it the hardest-hit industry in terms of financial losses to the regional economy with education as the second worst-hit sector losing £638million.

Thirty-six per cent of the education industry is likely to be lost, the second largest proportional loss to any industry according to the Hatch figures.

The number of international students is likely to decrease in future years, and private language schools expect to lose trade.

Brighton and Hove is already experiencing the impact of lost tourism, retail, hospitality and culture to its economy.

Large conferences are unlikely to happen for around two years, Ms Haynes said.

There is a massive push nationally by various regions to compete for UK “staycations”, and Greater Brighton needs to push itself forward.

However, online gaming is secure in Brighton and Hove, and booming during the Covid-19 crisis.

Brighton and Hove City Council leader Nancy Platts said: “If we want to achieve sustainable growth across the region and meet our carbon-neutral target, we want to protect industries like digital.

“We need to think carefully about the industries we want to attract and how we direct the money the government is sending in this direction.”

Raising concerns about the number of young people who have lost their jobs during lockdown, Councillor Platts said it was an excellent opportunity to build the region as a centre of green industry.

She added: “In GBMet and the universities we have the intellectual power to train people up in green industries and for us as a region to become the region that is most recognised for that industry.”

The board made up of lead councillors from Brighton and Hove City, Adur, Lewes, Arun and Mid Sussex Districts, and Worthing and Crawley Borough Councils, as well as representatives from businesses, universities and Brighton MET, heard Crawley is likely to be hardest hit by the downturn.

Gatwick Airport closing its doors during April and May had a severe impact on the town.

However, the digital applications industry is strong in Crawley.

An action plan for Covid-19 recovery is going before the board when it meets in October.