Battle of Madeira Drive petitions to be debated next week 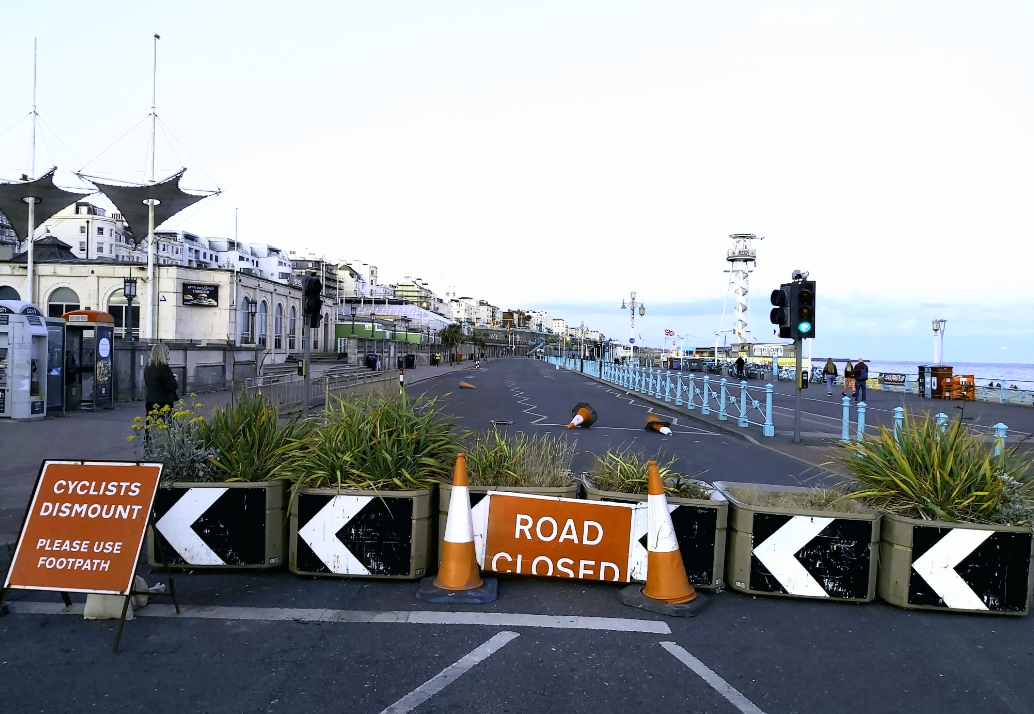 Two opposing petitions about the future of Madeira Drive will be debated by councillors next week.

A petition to keep Madeira Drive closed to traffic has more than 2,800 signatures.

Another calling for the road to reopen for all users has more than 9,800 supporters.

As each has more than 1,250 signatures, both have reached the threshold for a three-minute presentation and 15 minute debate at Thursday’s full council meeting.

Meanwhile, the Conservatives have put forward two motions, one calling for Madeira Drive to be opened to one-way motorised traffic, and the other asking for a commitment to historic motorised rallies being held there.

The group’s spokesman on the Environment, Transport and Sustainability Committee, councillor Lee Wares wants an urgency sub-committee to discuss partially reopening Madeira Drive by operating a one-way system from the Aquarium roundabout to Duke’s Mound.

His proposal is described as similar to that contained in the interim Covid-19 response local cycling and walking infrastructure plan.

It would reinstate parking for blue badge holders, vehicles, motorbikes and coaches, as well as loading and unloading.

Councillor Wares proposals involve separating the northern and southern carriageways with a physical barrier and suspending parking on the south side.

He wants the sub-committee convened by 31 July.

Councillor Wares, whose motion is seconded by Conservative group leader Steve Bell, also asks that Madeira Drive reopens once it is “no longer supported” by the Covid-19 legislation.

As his party’s spokesman on the Tourism, Equalities, Communities and Culture Committee Councillor Nemeth raised the events issue at the June meeting, to be told a decision is due in the autumn.

It said while the temporary closures remain in place, Madeira Drive will open to hold events both in the short and long term.

A programme of events will go before the committee in September.

It also asks councillor to note “there is no evidence to suggest that motoring events cause any more or less pollution – or lead to the release of any more or less carbon – than other events with similar spectator numbers”.

Councillor Nemeth points out the Brighton National Speed Trials have taken place at Madeira Drive since July 1905, and the London to Brighton Veteran Car Run first took place in 1896, making it the longest-running motoring event in the world.

The full council’s virtual meeting is due to be live-streamed on the council website from 4.30pm on Thursday 23 July.