Police are hunting a Brighton man suspected of leaving another man with a fractured eye socket in an attack in a shop. 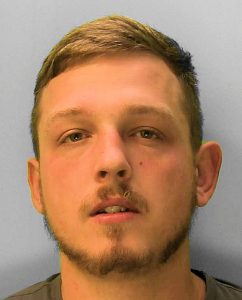 Kaminski, of Elmore Road, Brighton, is also wanted for failing to turn up in court to answer charges in a separate case.

The force said: “Police in Brighton are searching for Kamil Kaminski, 22, who they want to interview about an assault on a man in a city centre store.

“Shortly before 8pm on Thursday 9 July the victim, aged 39, was in the Co-op in St James’s Street when he sustained head injuries including a fractured eye socket.

“Kaminski is described as white, 5ft 5in, of medium build, with brown hair.

“He is also wanted in a separate case, for failing to appear at Brighton Magistrates’ Court on (Friday) 17 July to answer charges of theft of a motor scooter, failing to stop for police, failing to comply with traffic signals and driving without a licence or insurance, all in Brighton in April this year.”

Detective Constable James Botting said: “If you see Kaminski or know where he is, do not approach him but call us on 999 quoting serial 1354 of 09/07.