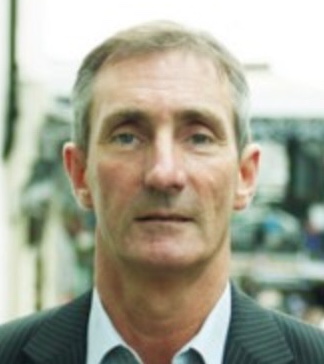 The former chair of Brighton and Hove Momentum, who oversaw the slate promoting three Labour councillors now accused of alleged antisemitism, has been suspended.

Brighton and Hove News understands Greg Hadfield was suspended from the party pending investigation of a series of tweets he posted on Monday night, as news of Councillor Nichole Brennan’s resignation was breaking.

Just hours before, Councillor Kate Knight had also resigned and the previous week, Councillor Anne Pissaridou was suspended. All three have been accused of alleged antisemitism.

The two resignations have led to Labour, who now have 18 councillors, losing power to the Greens, who have 19.

That evening, he fired off a series of angry tweets, including one which said that the state of Israel has always been a racist endeavour – something which is expressly considered antisemitic under the International Holocaust Remembrance Alliance (IHRA) definition.

He also threw abuse at Hove MP Peter Kyle, accusing him of being a racist coward, and said Labour is a cesspit as part of an offensive analogy which referenced Brighton councillor Dan Yates and Keir Starmer.

Finally, he retweeted two tweets from former Labour MP Chris Williamson, who was thrown out of the party for a pattern of behaviour which a leaked internal Labour report said had been described as “Jew baiting”.

Mr Kyle said: “Every day voters have fresh evidence that the Labour Party is getting its house in order.

“This is one more step along the road to becoming the positive, purposeful and values-driven party that residents are crying out for.”

Cllr Yates said: “I’m connected to the mains sewerage. Under new management, Keir is pressure washing away the detritus.“

This is the third time Mr Hadfield, a former Daily Mail and Telegraph journalist who also previously part-owned and edited the Brighton Independent, has been suspended.

During his second suspension, he became chair of the city’s Momentum branch which chose all three of the councillors who have been accused of alleged antisemitism to run on its slate.

Two other candidates on the slate and subsequently selected, Jerry Gould and Alexandrina Braithwaite, were suspended for alleged anti-Semitism during the 2019 campaign.

Mr Hadfield subsequently campaigned for Ms Braithwaite, who had posted various conspiracy theories about the Rothschilds and Israel on Facebook, despite her suspension.

This is the third time he has been suspended. He was first suspended in 2014 for 11 months over claims he had bullied fellow members, including jumping out at Labour’s south east regional director from behind a bin. Mr Hadfield denies jumping out, saying he had been waiting for the official.

He was suspended again in October 2016 for allegedly intimidating behaviour, finally being reinstated in May 2019.