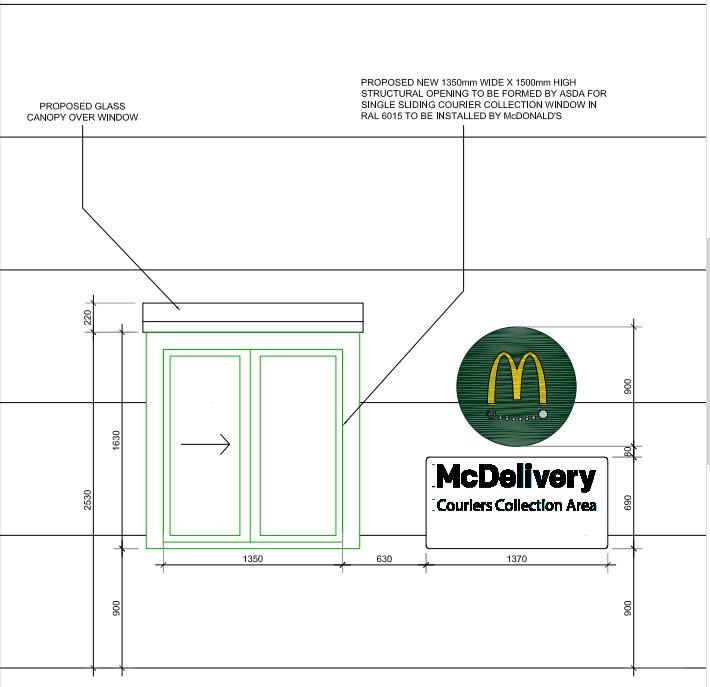 McDonald’s is opening a new cafe at a Brighton supermarket early next year.

Asda applied for planning permission to extend the cafe at its Hollingbury superstore earlier this year, and building work has now started.

Rumours were circling in the neighbourhood after staff told shoppers the fast food giant was earmarked to take over the site.

Last month, planning applications were submitted for signage featuring McDonald’s famous golden arches – and today, the company confirmed it is planning to open in 2021.

A McDonald’s spokesman said: “We are very excited to be opening a new restaurants at the ASDA on Crowhurst Road. We are currently looking to open the restaurant early next year.”

As well as the standard signage, planning permission is also being sought for a sign showing where McDonald’s deliveries should be collected by couriers, as well as a glass canopy over a new sliding glass window.

The plans were submitted on July 14, and no decision has yet been made.