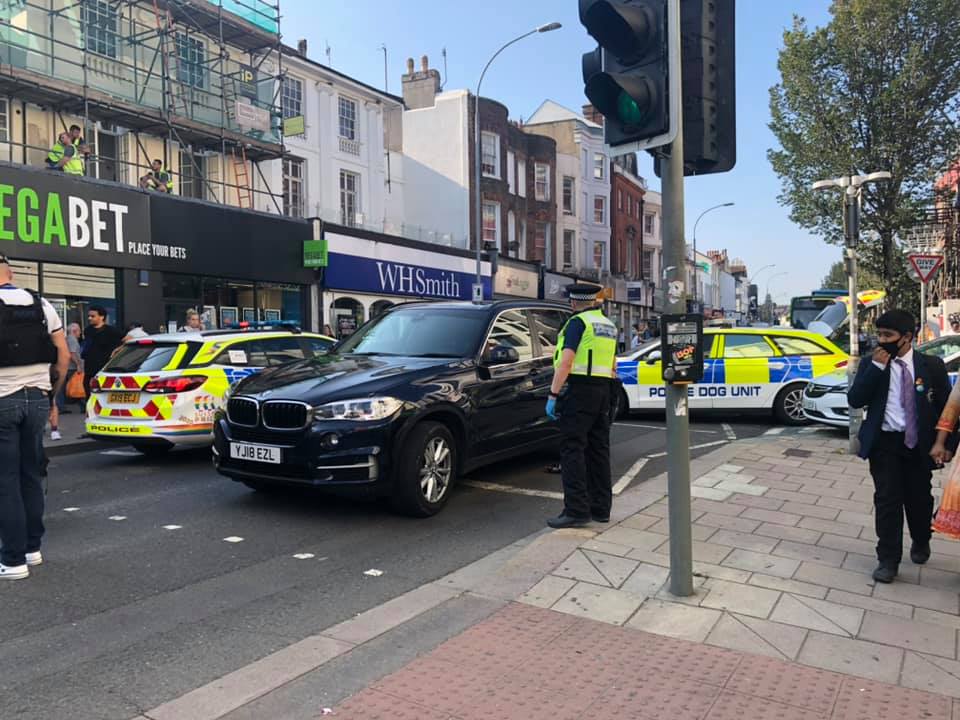 A suspected gunman was arrested after the police helicopter circled Brighton for more than an hour this afternoon.

Police were first called to a flat in Upper Lewes Road, Brighton, at 1.40pm today by people who were concerned for man’s safety.

But when firearms officers arrived, the flat was empty.

Meanwhile, the helicopter was circling above Lewes Road, Hanover, Queen’s Park, Whitehawk and The Level.

At about 3.20pm, the man was located in London Road. As he was detained on suspicion of possession of a firearm, he resisted arrest and was further arrested for assaulting a police officer. He is now in custody.

A suspected firearm was later found at the Upper Lewes Road address.

The officer who was assaulted sustained minor injuries.

Inspector Gareth Davies said: “We thank the public for their patience while we work to resolve this ongoing incident.”