Fly-tipping more than doubled during lockdown 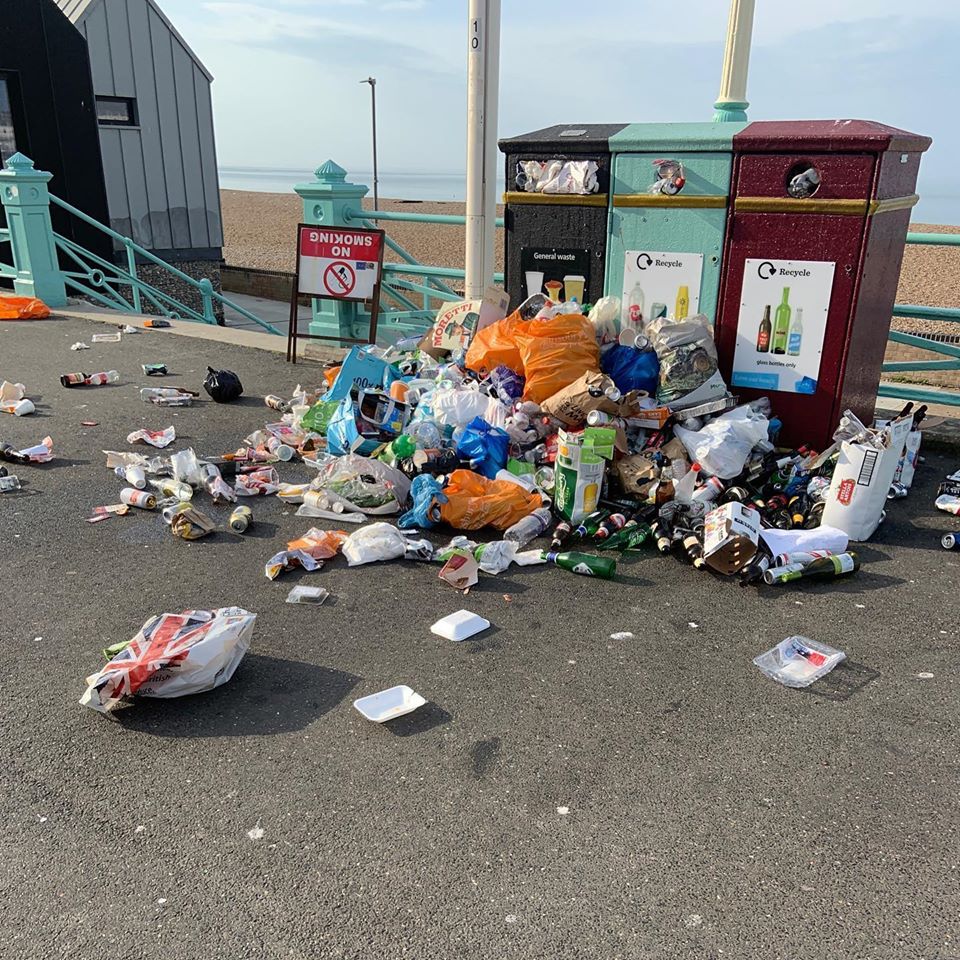 Rubbish left by the beach in June. Picture by Johnny Parfitt

A report going before the council’s Environment, Transport and Sustainability Committee on Tuesday 29 September, shows a 117 per cent increase in fly-tipping during lockdown.

Between 17 March and 31 July, Cityclean recorded 680 tonnes of fly-tipped rubbish across the city.

During the same period in 2019, the recorded figure was 313 tonnes.

The two household waste and recycling sites closed in late March and reopened on 18 May with reduced capacity.

Trailers are banned, and oversize vehicles can only enter the sites at Old Shoreham Road, Hove and Wilson Avenue, Brighton on Tuesdays and Thursday.

During lockdown, approximately half of the council’s street cleaning team were working, making the busiest areas a priority.

In the early stages of lockdown, this was manageable, but once the good weather returned litter levels increased as visitors used takeaways, leaving their litter behind.

July saw 515 tonnes of litter swept from city streets and the seafront, compared with 347 tonnes during the same period in 2019.

The report going before the committee said: “On one day, 11 tonnes of waste was removed from the beach, as opposed to three tonnes on a normal busy summer’s day.

“This was likely a result of indoor venues being closed, so much larger numbers of people were outside generating litter.

“Most establishments were providing a takeaway service only, leading to a lot more waste and little opportunity for that waste to be kept or disposed of on the premises.”

During this period the council moved as many staff as possible to deal with beach litter, including managers.

In addition to the usual beach-side bins, an extra 60 large 1,100 litre bins were rolled out and signs placed along the seafront warning people about the £150 fine for littering.

The report said Cityclean is working with other council departments and voluntary organisations to reduce litter on the seafront.

It is working with Surfers Against Sewage on an action plan, which will go before the committee next spring.