Find out how troubled teens can turn their lives around

As of Sunday 1 November, young people across Sussex who have come to the attention of the police will be given the opportunity to join the Army Cadet Force (ACF) as part of the unique early intervention programme, Reboot.

I launched in April 2019 and it is now a Sussex Police-led programme that works with partners to reduce the risk of young people becoming either the victim or suspect of crime.

A total of 1,099 young people were accepted on to this five-stage programme last year following their involvement in anti-social behaviour, drug using, being expelled from school, etc.

They were given interventions by local police officers at their home at stage one and if their behaviour escalated, they were assigned a youth coach and taken through the other four stages of the programme.

The Sussex ACF currently has 794 cadets and 171 cadet force adult volunteers across 25 locations.

It is at stage one where joining the cadets will be offered and encouraged through Reboot.

The young people will be taught leadership skills, discipline and the ability to command tasks and make decisions under pressure, while working towards achieving an Army Proficiency Certificate.

They will all be issued with a uniform and will learn basic military training including drills, fieldcraft, skill at arms and first aid and adventurous training such as kayaking, mountain biking and abseiling.

They can also gain valuable qualifications such as the Duke of Edinburgh’s Award, BTEC First Diploma in Public Services or the ILM Certificate in Team Leading.

The Commandant, Colonel David Steele, said: “Sussex ACF provides unique life-skills training and challenging activities for young people throughout Sussex and becoming a partner organisation with Reboot is a natural fit that will help those young people referred to us move forward positively in life. We are very much looking forward to working with the Reboot team.”

Many existing cadets in Sussex have come from troubled backgrounds themselves and have been given structure and opportunities to enable them to thrive.

One said: “I was in a gang and I thought it was great as they were like my family but then a friend took me to cadets.

“I was angry with myself that I wasted my time doing bad things and now I’m a cadet and a non-commissioned officer (NCO). It’s brilliant and I hope to join the Army.” 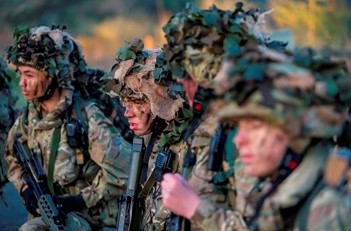 Some parents have also provided feedback, saying: “I was really lost with my son and at the end of my tether but he has found cadets to be really interesting and that’s a big relief to me.”

Another said: “What’s the point? I thought. She’ll never change. And they proved me wrong, I owe the cadets everything.”

I want to see the young people from Reboot get the opportunity to have fun in a safe and structured environment, learning new skills and engaging in positive relationships.

The Sussex Army Cadet Force motto is “To inspire, to achieve” – and I think that this is a fitting description for how they interact and encourage the young people they work with.

I want to give vulnerable young people in Sussex, who come to the attention of the police, a variety of opportunities to turn their lives around for the better.

What better way is there to access positive role models than working with trained officers in our armed forces. It is a wonderful way for these young people to make friends, change their behaviour and learn the skills they need for a brighter future. 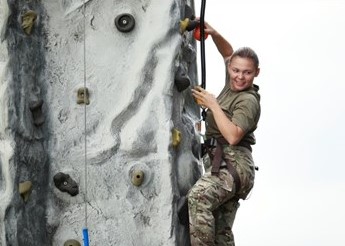 Acting Sergeant Roisin Vafaee, the Sussex Police operational lead for Reboot, said: “We are delighted that young people joining Reboot can now take up the chance to join the Sussex ACF as part of their personalised programme.

“The huge range of opportunities that this will bring to our young people will enhance the skills and qualifications available to them as they are supported on the programme.”

The Reboot programme various partners including coaches across the county from the YMCA, the Hangleton and Knoll Project, Audio Active and the Trust for Developing Communities.

The Brighton and Hove co-ordinator Elizabeth Bacon said: “I enjoy being part of such a powerful team of people who make real differences to young people’s lives.

To learn more about the Reboot scheme visit the Police and Crime Commissioner’s website.

Katy Bourne is the Police and Crime Commissioner for Sussex.