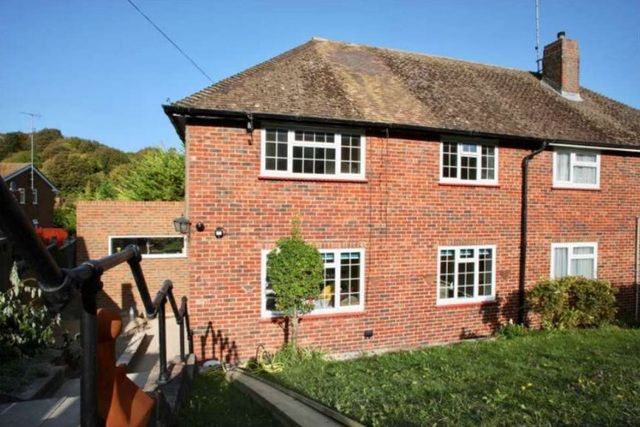 A councillor cited last weekend’s illegal student Hallowe’en party when she voted against plans for a new shared house in Bevendean.

Independent councillor Bridget Fishleigh was the only member to vote against the plans to turn a family home into a six-bedroom ouse in multiple occupancy (HMO), with a rear extension and bicycle store at 85 Hornby Road in Bevendean.

A sixth member of the committee, Moulsecoomb and Bevendean councillor Dan Yates, stepped out because he had already objected to the plans because of extra traffic, noise and the loss of a family home.

In speaking against the plans, Councillor Fishleigh cited Saturday’s party at a student house in nearby Norwich Drive, which was attended by 100 people and ended with a police raid and a £10,000 fine for the organiser for breaching coronavirus regulations.

She said: “Hornby Road is a stone’s throw from Norwich Drive, which hit the national headlines this week due to the student party.

People in the area sent 12 letters against the plans, raising issues of lost demand for the local schools and the need for family housing in the area.

Conservative councillor Samer Bagaeen asked if the property is currently occupied as an HMO because the images shown to councillors were of a “manicured building”.

He said: “We’re effectively being asked to look at the existing and say ‘well it’s happened, so you guys make your decision’.

“All this change appears to be quite substantial. I would be really miffed if people thing to hell with planning applications, we can do what we want because we can get it approved afterwards.”

He was told whether or not an application is retrospective is not a consideration.

Green councillor Sue Shanks asked if it was possible to separate the plans for the cycle store and extension without allowing approval for an HMO.

However, she was advised against it by the city’s legal team.

Hollingdean and Stanmer Green councillor Martin Osborne said he receives a lot of complaints in his ward about noise and other problems from student houses.

He said: “This potentially could generate more noise with comings and goings. But I do note 26 Brentwood Cresent, an application I made an objection against, came back on appeal. They have put in soundproofing and adjusted conditions on bicycle parking and storage.

“Although I do think the idea of HMOs noise, disruption and residential amenity is a big concern, I think this application could potentially be overturned.”

Committee chair Green councillor Leo Littman voted for the application even though he was not happy with it.

He said: “Us being happy is not a consideration. What is a consideration is were we to refuse something, would there be a reasonable chance of it surviving an appeal?

“If we turn something down with no real expectation of it surviving an appeal, we will not be doing the city any service at all, given it will cost the city money.”

Four councillors voted for the application, with two abstaining and one against.