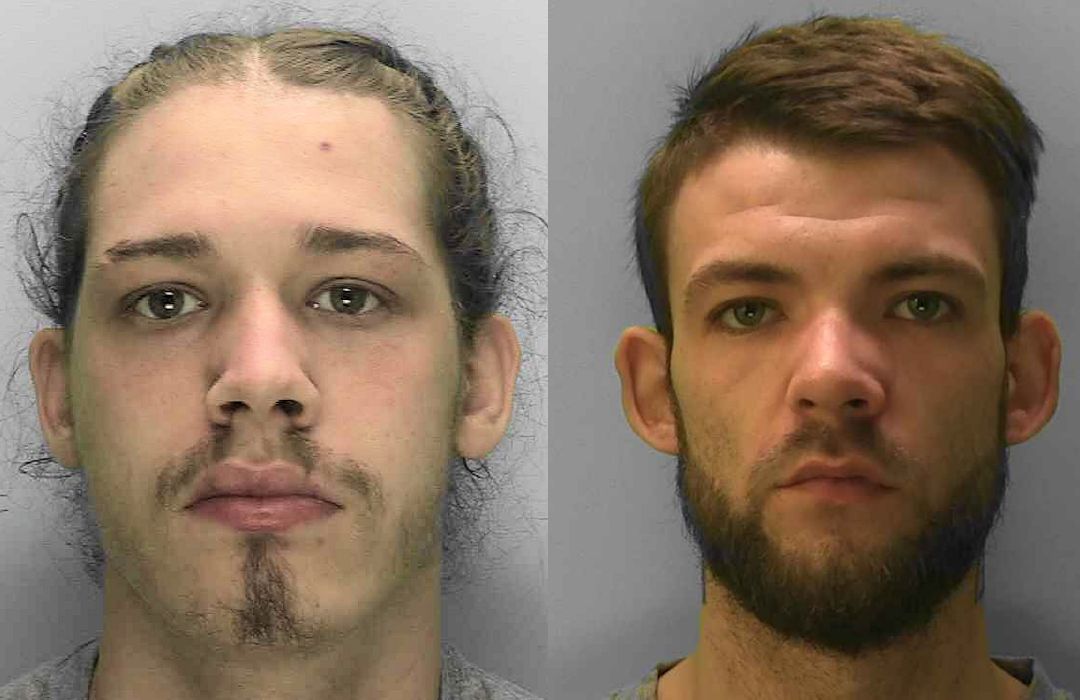 Two men who murdered a young father-to-be in broad daylight have been jailed for life.

Bobby Smith, 22, stabbed Muhammed Jassey in the chest during an unprovoked attack in Whitehawk Road in April, accompanied by Daryl Richardson, 26.

Mr Jassey, 26, had only recently learnt his partner Elle Vinall-Thompson was pregnant with their first child, a daughter who was born after his death.

Today, Brighton Crown Court heard the pair both had a string of convictions for violent attacks, with Smith sometimes being armed with knives or machetes

He said: “Neither of you has told the truth about why you attacked him but on the evidence before the court it seems the most likely explanation is that this was a robbery

“The two of you could no doubt have overwhelmed him but Jassey was stabbed by you with severe force causing a wound which penetrated his heart.

“It’s not possible to say which of you inflicted the fatal wound but under the principle of joint enterprise, you both bear equal responsibility for his death.

“It was a brutal and unnecessary killing carried out in daylight in a perfectly ordinary residential street in Brighton.

“Neither of you has shown even a flicker of remorse for what you did.

“Your victim was 26 years of age and about to become a father.

“His mother, father and partner miss him desperately and are grief stricken.”

The court was read victim impact statements from Jassey’s family.

His mother, Jarra Bah said: “His death has affected the whole family and when I hold Muhammed’s baby, who was born soon after he died, my heart fills not with joy, but with tears.

“Muhammed used to make me laugh and brought real happiness to my life.”

Her father Semi Diassey said he had fallen to his knees in shock and devastation upon hearing the news.

He said: “Muhammed was a good son who was funny and caring and had a huge heart.”

Miss Thompson-Vinall’s statement said the couple had only found out the month before he died that she was pregnant.

She said she now hates leaving her home, close to the where Muhammed was attacked.

She said: “I’m worried every time I hear a siren, concerned to say goodbye to people because I think I will never see them again, as happened with Muhammed when he left that day to do some shopping.

During the trial, the jury were shown CCTV footage of the attack and DNA evidence linking clothing stained with Mr Jassey’s blood

The court heard both men had a long record of convictions for assaults and robberies. Smith’s previous convictions also involved attacks with knives and machetes.

Both men’s counsel said they came from troubled backgrounds.

Speaking for Richardson, Martin Rutherford said: “He, as a boy, faced significant difficulties in his upbringing and family circumstances and Daryl Richardson’s career at school ended prematurely with no qualifications of any kind at all.

“He has been diagnosed with ADHD. The reality is, he’s faced many difficulties and it’s a tragedy for him.”

He said: “It’s a matter of profound sadness that I’m mitigating in regard to a man so young, the tariff is likely to be longer than his life up until now.”

Richardson was given a three-year prison sentence, to run concurrently with the life term, for dealing heroin.

The court heard he had been caught with wraps and a package of the drug when police were called to an address in Albion Hill, Brighton, on 29 October last year.

Smith was also sentenced for breaching a suspended sentence he had been given for burglary.