It has transpired that Brighton based alternative rock band The HIDDN are back on the case!

The Brighton & Hove News Music Team were made aware of this trio, who originally hail from Italy, when we witnessed them performing live up at The Prince Albert on 1st April 2019.

They were then known as ‘The Hidden’ and performed seven tracks that evening (‘Hide!’, ‘May Read Olivia’, ‘Rock In Hell’, ‘Drives Me Mad’, ‘Wrong With Me’, ‘On A Summer Night’, ‘Freaks Me Out’). We observed “It’s fair to say that Stevoo certainly has the charm and looks of a frontman as I’m sure quite a few ladies (and guys) have already noted. His vocal delivery sounds akin to that of The Strokes and the band specialise in slightly off-beat rock and are tuning their sound at present. I understand there is a new EP either just out or on the horizon from these lads, so could be worth checking out”. 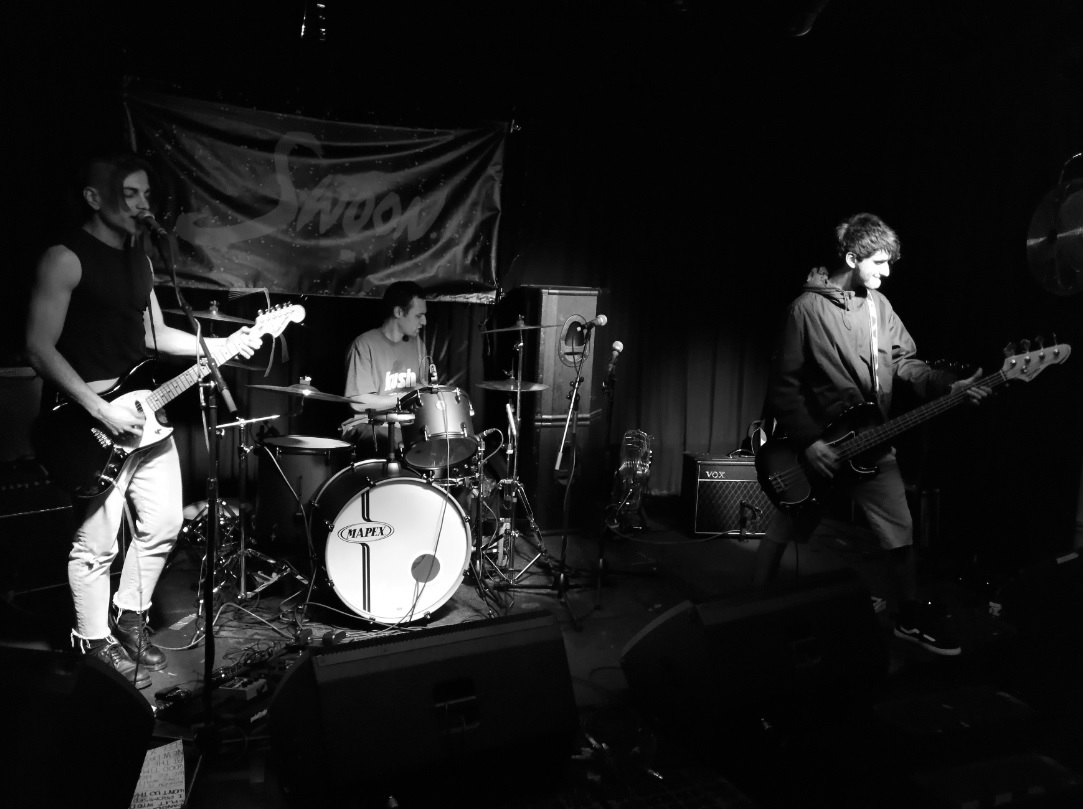 But then they appeared to have totally disappeared off of the radar! Until now that is!
On 1st February a new live acoustic track, recorded at Campbell Road Studios in Brighton and titled ‘Towards Yesterday’, cropped up on YouTube under their slightly amended new name of The HIDDN. It features guitarist Stevoo, bassist Matt and drummer Luke – watch the rather enjoyable performance HERE.

Hopefully there will be more material to follow. In the meantime it’s worth checking out their Bandcamp page HERE for other tunes and their website HERE for future information.