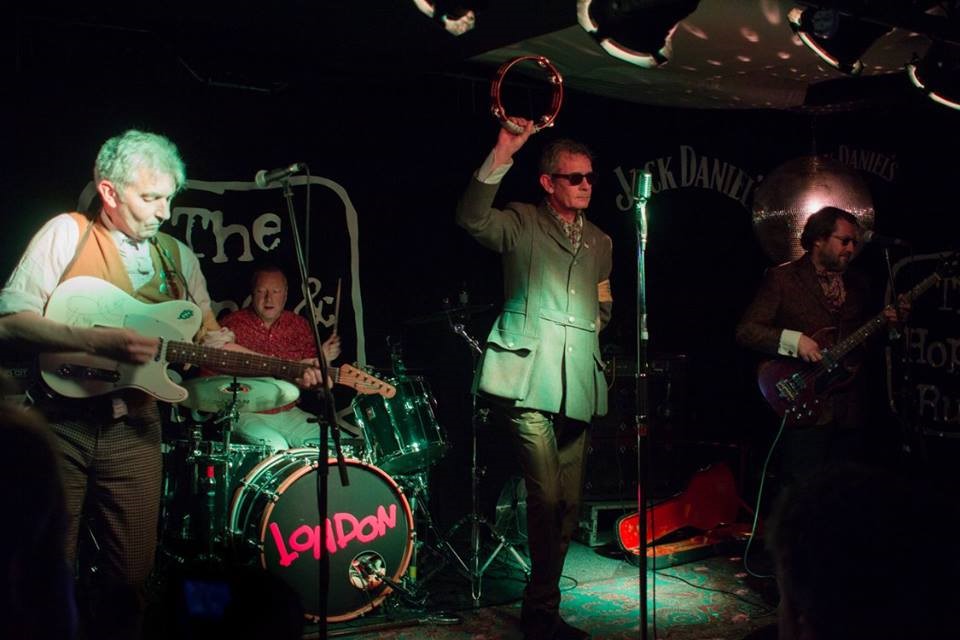 The Fallen Leaves (pic by P. Guild) (click on pic to enlarge!)

Those rather nice people at Spinningchilli have announced that they are presenting an enjoyable evening of pop punk music with The Fallen Leaves in Brighton at The Prince Albert (which is located at 48 Trafalgar Street just below Brighton mainline railway station) on the Saturday 20th November 2021.

After a storming gig at The Green Door Store in 2020, (read our review HERE, and catch a teaser video of it HERE), The Fallen Leaves are all set to return to Brighton.

Interestingly enough, their guitarist Rob Symmons was a member of the original ground-breaking Subway Sect and drummer Buddy Ascott played with The Chords.

The Fallen Leaves perform a superb mixture of punk, mod, 60’s garage and beat, thus if you can imagine a cross between The Who and The Ramones, then you are part of the way there.

Their vinyl albums and CD’s can be purchased HERE.

For more information on the Fallen Leaves click HERE. 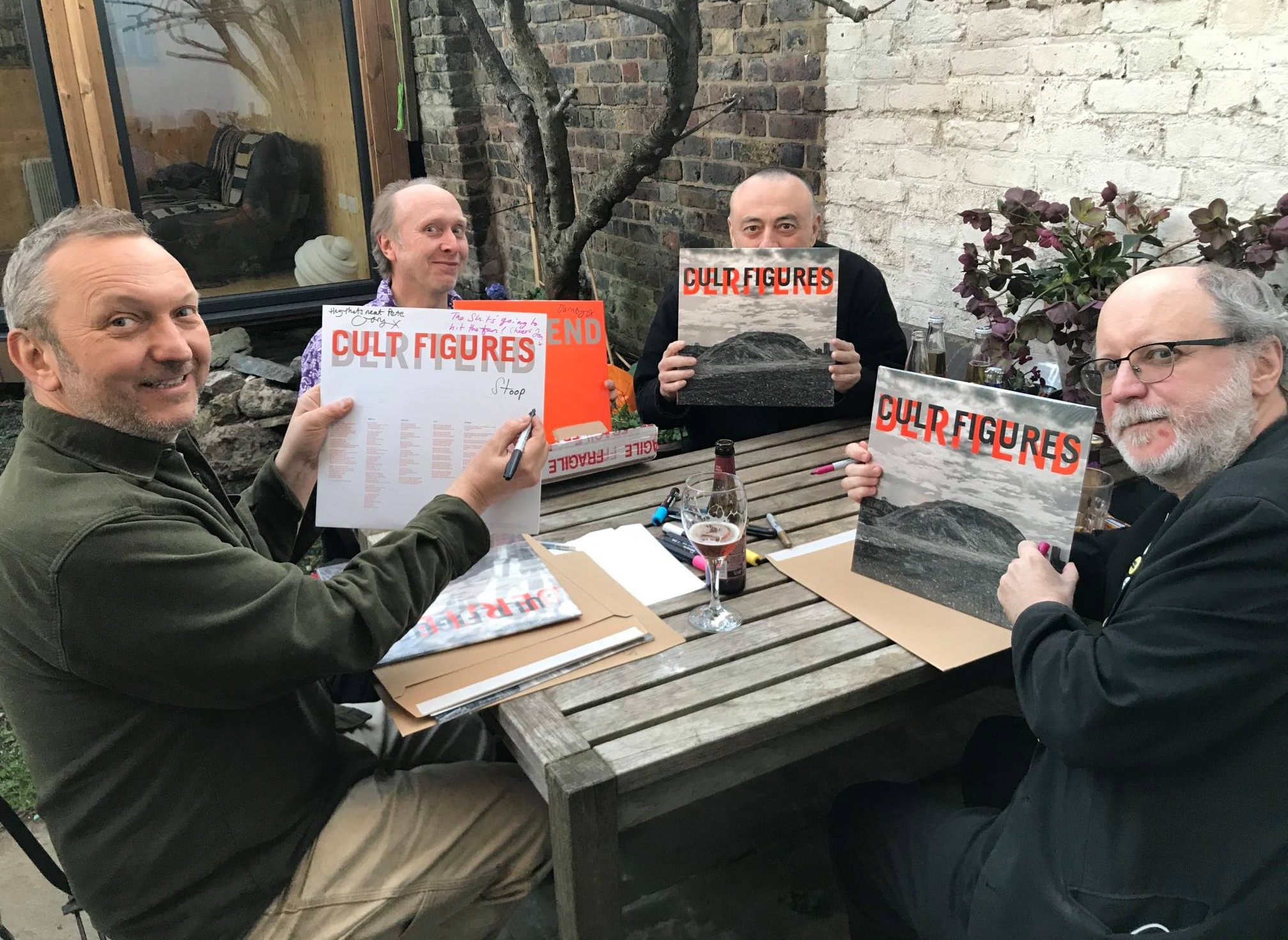 Cult Figures with their latest album ‘Deritend’ (click on pic to enlarge!)

Support on the night will come from Cult Figures.

They released two classic singles on Swell Maps Rather Records back in 1979 and 1980, namely ‘Zip Nolan’ and ‘In Love’. Now they are back and feature Gary Jones (vocals), Jon Hodgson (guitar/keyboards/backing vocals), Barney Russel (guitar/omnichord/autoharp/stylophone), Lee McFadden (bass/backing vocals) and Stuart Hilton (drums/backing vocals). They have just released their new album ‘Deritend’ – check it out HERE.

The doors at The Prince Albert open at 8pm on Saturday 20th November 2021 for the concert and tickets can be purchased HERE. 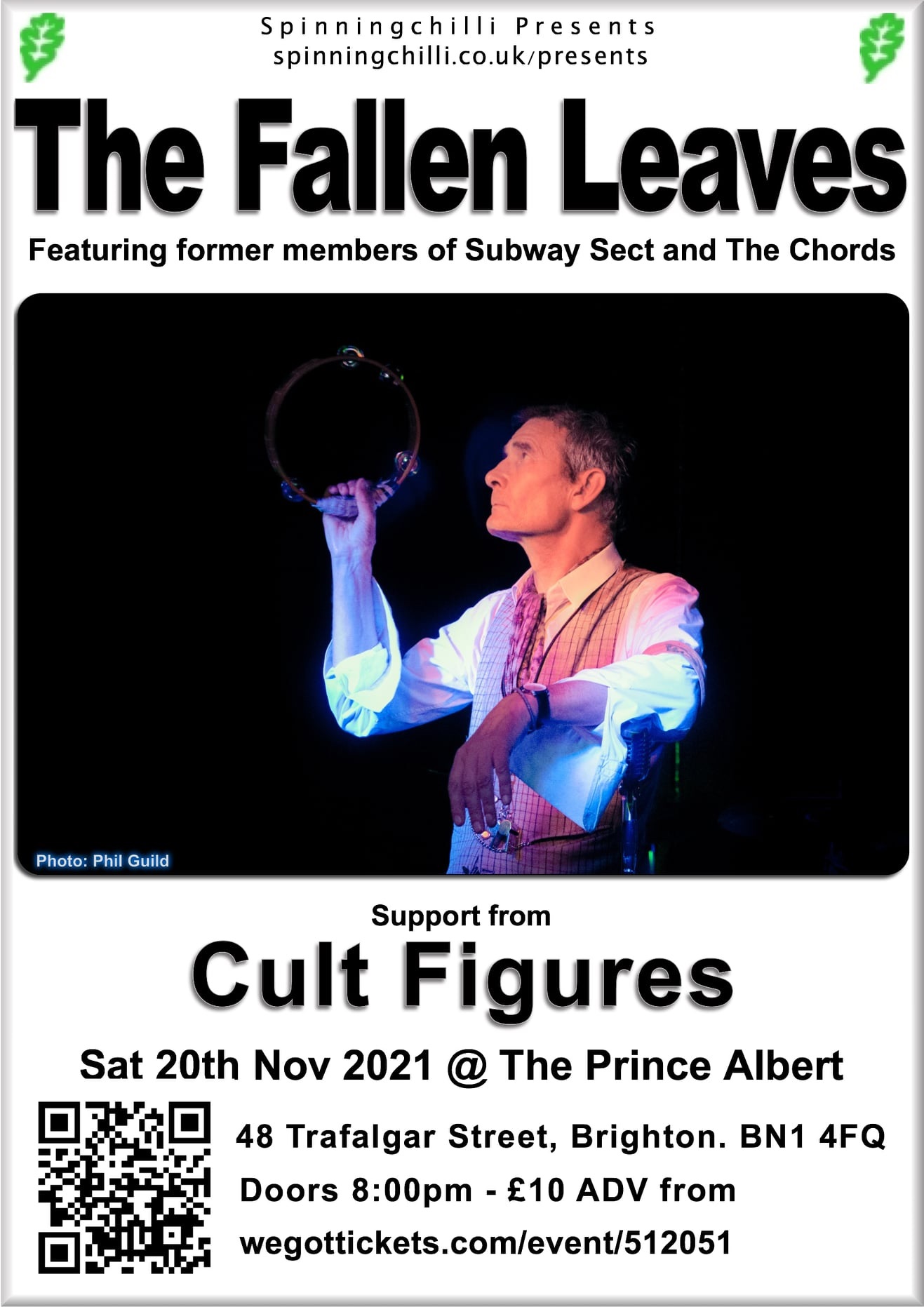