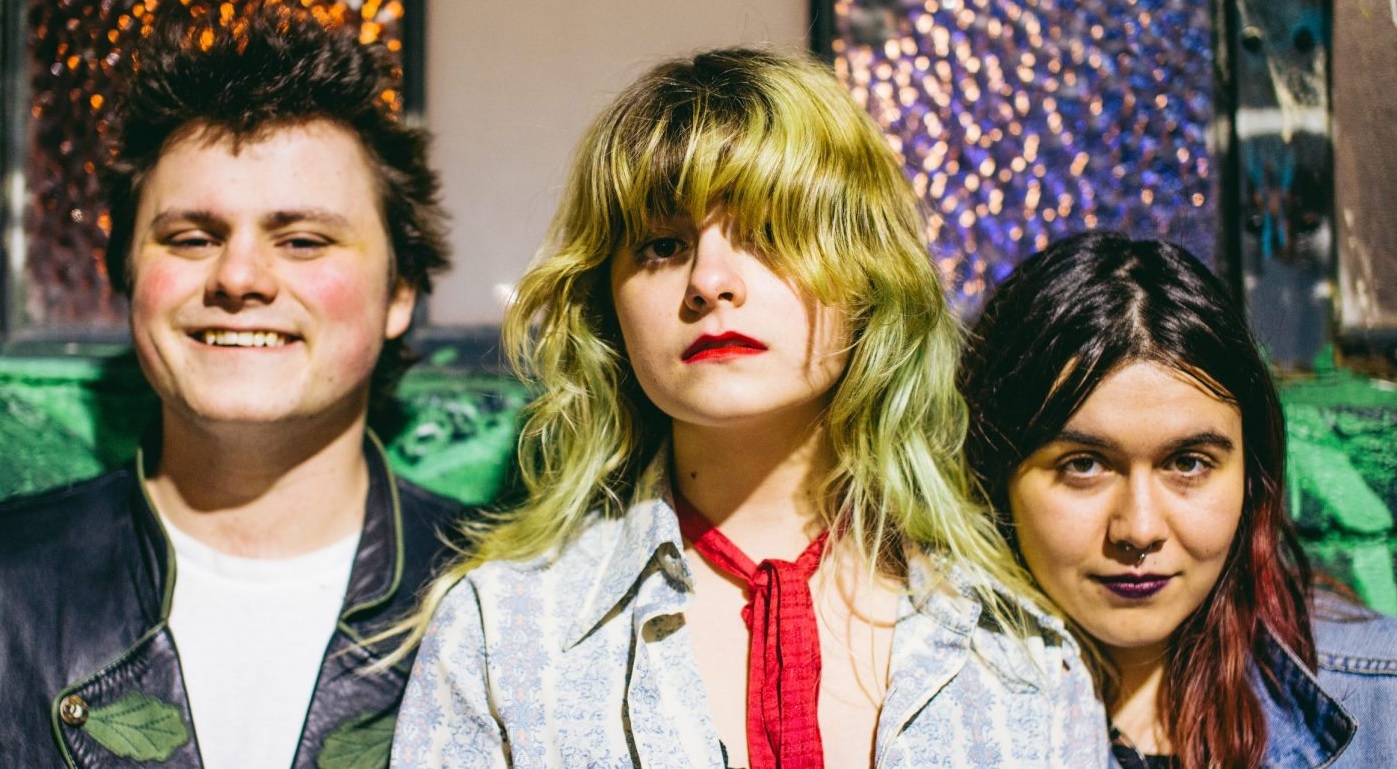 Skating Polly have announced that they will be rockin’ the foundations of The Hope & Ruin in Brighton next year, when they will be thrilling the lucky punters with their full on set on Tuesday 22nd March 2022, as part of their 23 date European tour. The Brighton date is their first of 7 concerts in the UK.

Snap up your tickets HERE, HERE, HERE or from Resident music. 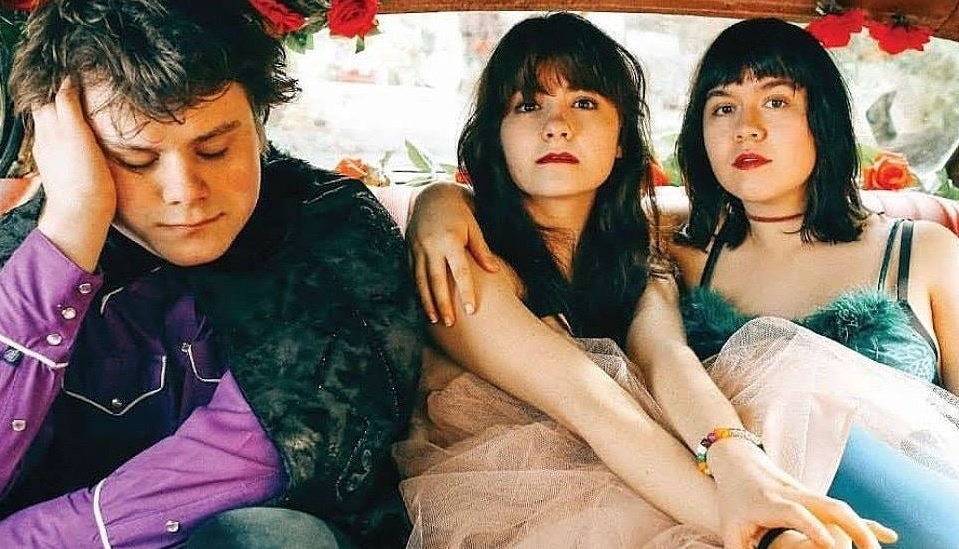 Skating Polly, a sibling trio from Oklahoma made up of Kelli Mayo, Peyton Bighorse, and Kurtis Mayo, formed in 2009 after a jam session at the girls’ Halloween party.

There’s a difficult to describe, yet timeless quality to certain songs that transcends genre or era. It’s something that you can’t fake or contrive and it’s what lies at the core of Skating Polly’s music.

After recording their debut album ‘Taking Over the World’ in their living room. Their sophomore album, ‘Lost Wonderfuls’, (produced by Exene Cervenka of X and mixed by Kliph Scurlock of The Flaming Lips) was released in April, 2013. Their third album, ‘Fuzz Steilacoom’, released March of 2014 was tracked by Calvin Johnson of Beat Happening at Dub Narcotic Studio.

After the release of 2016’s ‘The Big Fit’, Veruca Salt’s co-frontwomen Louise Post and Nina Gordon reached out and said they wanted to write with the band. What started as a writing session ultimately became 2017’s ‘New Trick’ EP. Now armed with a third member—Kelli’s brother Kurtis Mayo—the trio released their latest full length, ‘The Make It All Show’ in 2018.

Admittedly the female-driven alternative acts that inspired the band such as Veruca Salt, X, The Breeders, L7 and Babes In Toyland (the later of whom Skating Polly toured with in Europe) aren’t typical reference points for most of today’s up-and-coming bands, but maybe they should be.

“The thing that we identify with in a lot of those bands is that they can be really aggressive and loud while also being super melodic,” Kelli explains, adding that the new dynamic in the band helped them be more expansive when it came to their sound and arrangements. “Everything happened very smoothly when Kurtis became part of the band. It just felt natural having him there and writing with him.” In typical Skating Polly fashion, the trio will still be switching instruments live, something that’s become a hallmark of their performances and one that opens up more possibilities with the additional instrumentation on ‘The Make It All Show’.

Speaking of live shows, Skating Polly really need to be seen in a club to fully grasp what makes them so special. “It can get pretty chaotic when we’re playing. People have said it feels like it could fall apart at any moment but in a good way,” Bighorse says with a laugh. “We try to make our music honest and engaging and I think that’s what drew us to people like Nina and Louise or Exene; you can probably guess a lot of the acts that we love, but we’re able to keep making music that always sounds like us,” Mayo explains. “We really try to make the songs the focus instead of trying to flaunt technical musical abilities,” adds Bighorse – and that honesty and optimism is why everyone from legendary musical figures as well as hardcore fans have gravitated toward Skating Polly’s music. ‘The Make It All Show’ is the most fully realized work by Skating Polly yet and hints at an even brighter future for one of rock’s most promising acts. Their latest release is the 2019 7” single ‘Play House’ / ‘Flyer’ which was available as a limited edition in Translucent Turquoise – yummy! Let’s hope there’s more releases in the pipeline! 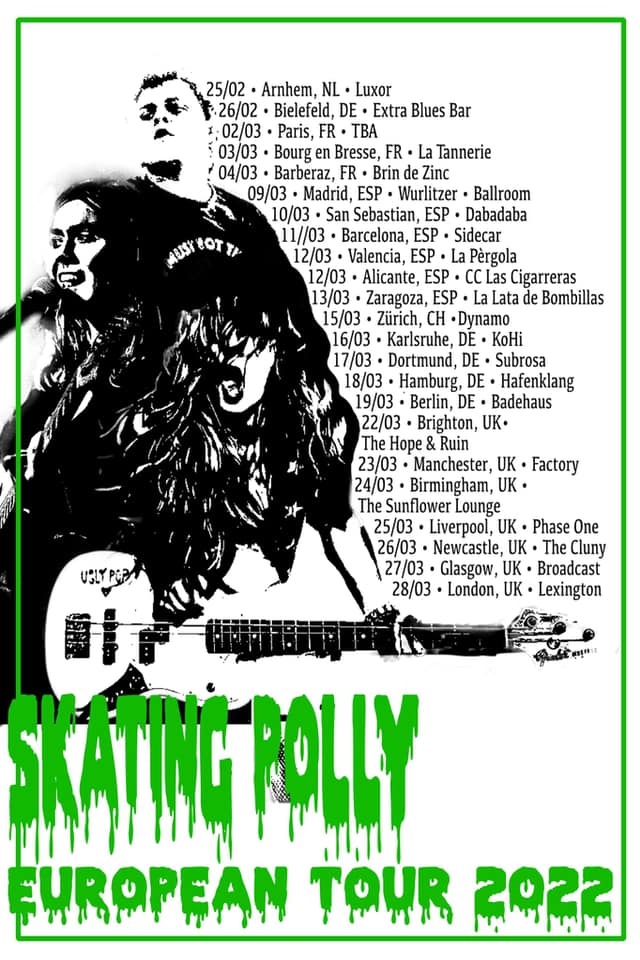