The history of local government and when councils became political (ie, comprised representatives of different political parties) is a discussion for another time.

However, in its simplest form, I understand the role of councils today to be “to provide and maintain public services”.

In that vein, then, I want to touch on Brighton and Hove’s drive for a carbon-neutral city by 2030.

On Thursday 13 December 2018, at a meeting of the full council, Brighton and Hove City Council declared its recognition of global climate and biodiversity emergencies.

In 2020 it released its three-year plan called “A fairer city, a sustainable future” identifying six outcomes to be achieved and alluding to the 2018 declaration with a particular reference to the city’s transport network as being crucial to attaining carbon-neutral status.

On Friday 4 June this year, the council launched its programme to become carbon-neutral by 2030 by cutting our emissions of carbon into the atmosphere via our buildings, transport and industry, and by taking out carbon in the atmosphere by planting more trees.

The more cynical have suggested that we all just hold our breath and stop exhaling quite as much.

Ever controversially, there is still a well-attended school of thought that global warming is a reality but that it is cyclical, is not carbon-related and is not, therefore, anthropogenic.

This makes the “think global, act local” slogan that the council and political parties alike love to use somewhat redundant.

That whole argument aside, I wish to make a couple of points as the fanfare that accompanied the carbon-neutral launch dies down and the majority of Brighton and Hove citizens carry on totally unaware of this momentous leap of faith – or coercion.

Firstly, a mainstay of the council’s carbon reduction endeavours is the adoption of a “circular economy” approach which essentially is keeping materials in use for as long as possible by reusing, recycling, remanufacturing and sharing resources.

This is a great idea, of course, but far from being innovative it looks rather familiar to me.

Back in the day, before globalism took hold and we began to import cheap closed-system irreparable throw-away goods from the Far East, we used to mend things so that they were literally as good as new. Our default approach to anything unwanted was to recycle or redistribute.

The milkman delivered and then took back the glass bottles. We’d cover our school work books with unused wallpaper or recycled (and ironed) brown paper bags. Every kind of clothing would be handed down within the family and sometimes beyond. “Waste” didn’t mean rubbish back in the day. It meant squander. 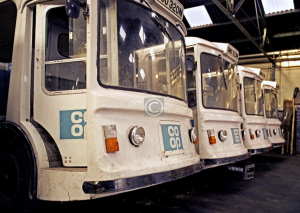 So while I applaud the principles of the circular economy, I have to object to the implication that this is some kind of modern innovation thought up by progressive thinking intellectuals. P-lease!

Secondly, on Monday 14 June, the Children, Young People and Skills Committee considered the council’s “Environmental Education Strategy” in which £96,000 of public money has been invested to action the strategy during 2021-22.

The report before the committee last week raised a number of serious concerns in my mind, though none of them are remotely surprising given the prevailing “progressive” culture that has been nurtured in this city over many years.

For example, section 3.17 references PSHE (personal, social and health education). It says: “In building on the good practice already in place within the city’s education settings, the links to PHSE [sic] are crucial.

“While environmental education is obviously wider than PSHE, this is the area of the curriculum where learning will take place in regard to active citizenship, thinking about rights and responsibilities and the relationship between mental wellbeing and our environment.”

I am concerned that the climate change issue, which is seriously disputed by scientists and other professionals, is considered by educators to be so fundamental to children’s education that it seems to pervade all areas of learning. See, for example, how it intends to influence PSHE – an already controversial subject for many parents. 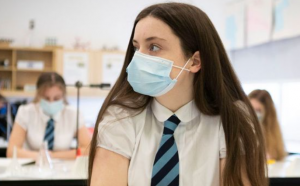 Section 3.19 is perhaps even more concerning: “There are two distinct but linked areas of major focus at this time, the climate and an anti-racist strategy. Both require educators to engage in difficult conversations with pupils and students.

“The relationship between climate and racial ‘justice’ is a focus being explored internationally in the way that people of colour have increased vulnerability to climate change impacts and by extension other global crises that may emerge.

“While this requires further exploration in relation to an environmental education strategy, these two significant areas intertwine and will feature in future work.”

To couple climate change with the council’s anti-racism agenda that has itself already become systemic (the agenda I mean, not racism) is mind-boggling. 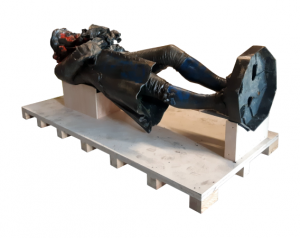 Instead of letting parents be parents and facilitating them where needed, the council is engaging in “mission creep” to undermine the parental role altogether – not, essentially, on wholesome or scientific grounds but on moral grounds.

But the latter is the domain of parents within the family setting. Children first learn to respect their own bodies and the environment around them at home where they are instructed, by example, in the most important place.

It was interesting to me to discover some time ago that, according to the top corporations in the UK that employ postgraduates, the two main stumbling blocks to student development and preparation for the marketplace that they identified were: very poor communication skills and an inability to engage in critical thinking.

These pupil deficits provide fertile ground for “teaching” anything at all on the curriculum that can be repeated parrot-fashion, with little sense of a genuine personal conviction that can be explained when challenged.

Is this what parents honestly have in mind when they entrust their inheritance to local authorities and professional educators who presume to know what’s best for their children? Children being told how they must think – rather than how to think – because that will inform how they behave? Does this not ring alarm bells for parents?

Christina Summers is an opinion writer specialising in governmental issues.