Councillors to vote on future of cycle lanes

Thousands of cyclists are using the new seafront cycle lane every day compared with hundreds along the Old Shoreham Road cycle lane in Hove.

The figures were released in a Brighton and Hove City Council report which looked at feedback from thousands of residents.

The report recorded almost no criticism of schemes to improve “active travel” in Western Road and along the A23 between Preston Circus and the Patcham roundabout.

But the report said: “All respondents were invited to give their views on the existing temporary cycle lane running from The Drive to Hangleton Road.

“There were a large number of general negative comments. However, this varied greatly depending on the respondents’ use of the area.”

And more than 900 people said that the new seafront cycle lane was either not needed, a waste of money or duplicated an already existing cycle lane, with more than 400 complaining that cyclists were still using the prom or the road.

The report – to the council’s Environment, Transport and Sustainability Committee – follows an extensive public consultation, drawing more than 4,600 responses.

As a result, plans to extend the A270 Old Shoreham Road cycle lane to the west have been scrapped and other plans are being modified.

In the consultation, residents were asked: “To what extent do you support or oppose reallocating road space to walking and cycling in your local area or neighbourhood?”

The report said that there were 510 negative comments compared with just 49 in support for the Old Shoreham Road scheme.

There were 239 negative comments compared with just 31 in support for the A259 seafront scheme.

The A23 changes were supported by 12 people, with 19 against – and one person backed the Western Road changes, with two opposed.

The most common feedback about the Old Shoreham Road cycle lane – cited by more than 1,200 respondents – was that it was causing congestion, pollution and noise.

Nearly 900 people said that cyclists were still using the pavement and more than 400 said that the new cycle lanes were dangerous and confusing. 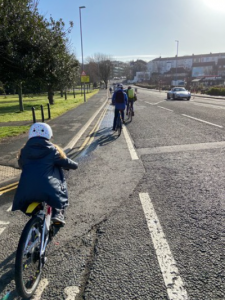 The report contains a package of “active travel” measures and a copy of a letter from the Department for Transport which said: “All schemes must include plans to be developed in consultation with local communities.”

It said that councils should consult in ways that enabled them to “come to an accurate understanding of public views”.

The temporary cycle lanes were set up during the first coronavirus lockdown last year, when people were urged not to use public transport.

The government gave the council more than £600,000 to carry out work aimed at encouraging “active travel” – in particular, walking and cycling.

One of the most common criticisms of the A259 and A270 temporary cycle lanes and changes to Madeira Drive was that the schemes were a waste of money.

Labour ran the council when the changes were made but the Greens have since taken charge.

When Labour councillors were made aware of the results of the public consultation, the party said: “Labour are keen to ensure there is more active travel infrastructure built around the city.

“However, the party have always been clear that residents must be the drivers of any transport changes – and their opinions must be respected.” 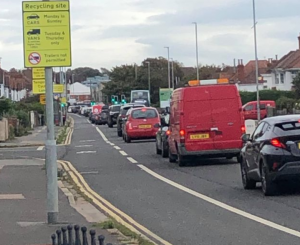 Just three councillors would have been expected to attend the special committee meeting.

Instead, the council’s political leaders have agreed that all 10 members of the Environment, Transport and Sustainability Committee will vote on the issue.

The Conservatives called it a “victory for democracy”, pointing to the potential political fall-out for Labour in Portslade.

The party currently holds all four Portslade seats but the public consultation echoed the feedback from councillors that the measures were deeply unpopular there.

The measures due to be discussed by the committee next week include a park and ride trial in Mill Road, Brighton. A scheme currently operates from there on Brighton and Hove Albion match days.

The committee meeting to decide the “active travel” measures is due to start at 4pm next Wednesday (21 July) at Hove Town Hall.