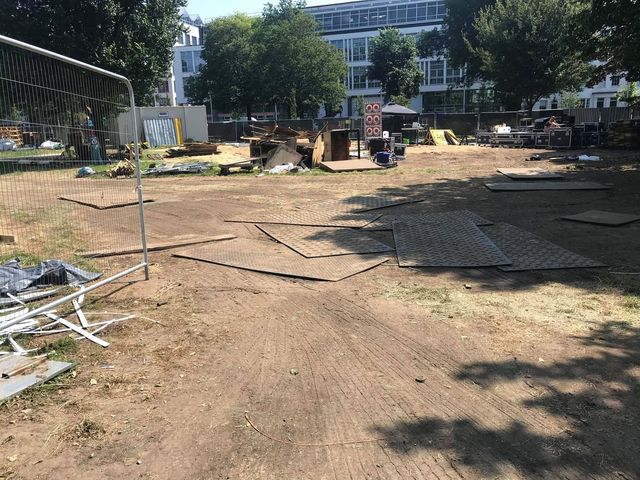 People have highlighted damage caused to the grass and a meadow border in Valley Gardens by Brighton Fringe venues.

Work on the revamped gardens was completed last year but the recent damage has led a number of people to share photographs of the damage.

The Warren theatre was set up in Victoria Gardens and the Ladyboys of Bangkok show was held close to St Peter’s Church, leaving the grass dead and the ground muddy.

Last week resident Judi Lynn shared images of the muddy ground where the Warren’s theatre spaces and bar were.

The Warren has since moved to the beach and she asked why it couldn’t have been located there the whole time.

Derek Wright was concerned that the Ladyboys tent went beyond the hard surfaces.

Brighton and Hove City Council said that work was under way to return the areas to their original state.

The council said: “We have a contractor booked for later this week to do basic remedial works and reinstatement on the areas that were occupied by the Ladyboys, the Warren and the Spiegeltent.

“All works are being paid for by the event organisers.

“We are also working on a longer-term plan for bringing this area back to its previous condition, which will start in the coming weeks.”