Labour and Conservative councillors voted for the Old Shoreham Road cycle lane to be removed at a meeting this morning (Tuesday 10 August). 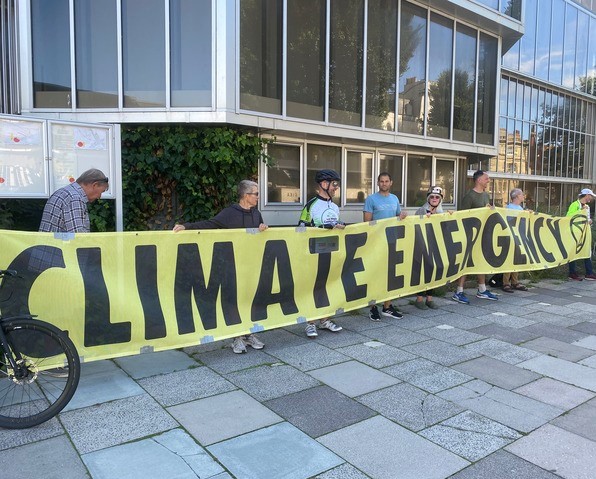 The meeting took place at Hove Town Hall with protesters for and against the controversial cycle lane demonstrating outside beforehand.

The Greens voted to keep the cycle lane which runs between The Drive and the Hangleton Road traffic lights.

Green councillor Amy Heley, who chaired the meeting, said that the request to remove the cycle lane was shameful, comments made by her political opponents were hypocritical and the decision a disgrace.

Labour councillor Gary Wilkinson said that Labour supported “active travel” but backed residents who had told the council that the cycle lane “does not work”.

He said that his party had called for a pause to consult and listen to local communities with a pledge to respect residents’ views.

His party had brought in a number of “active travel” schemes locally during the first national coronavirus lockdown at the behest of the Conservative government.

The Old Shoreham Road cycle lane was one of them and was created in May last year, in place of a lane of other traffic on each side of the road.

At the time the government was urging people not to use public transport.

Councillor Wilkinson said that the government pushed forward active travel schemes in “challenging times” when public engagement was not possible.

The council had to work “within weeks”, Councillor Wilkinson said, and he quoted a Transport Minister as saying: “We have no interest in requiring councils to keep schemes which are proven not to work.”

Councillor Wilkinson said: “If we are serious about working together to fight climate change in our city, then future progress will depend heavily on leadership, balanced judgments and tolerance, seeking to unite for the good of all.

“Fundamental to this is trust within the city. Good governance is built on a deep and abiding relationship of trust between our leaders and our residents.

“To be candid, trust is preserved by how we are seen to fix and not hide our problems. Our residents need to know what we stand for – and then saying what we will do and doing what we say. 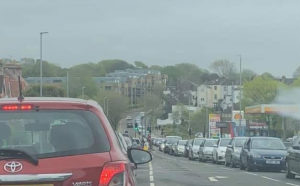 “Only by coming together, engaging and listening to each other can we make Brighton and Hove a carbon-neutral city within the decade.”

Conservative councillor Robert Nemeth said: “We have already had a long debate on the matter with 10 councillors present.

“So it would be pointless to revisit all of the issues that we have already considered, other than to simply point out once again that the cycling cause is damaged when the council uses the great resources that are at its disposal to bully and cajole.

“I fear that the lessons will not be learnt but I nonetheless urge councillors and campaigners to think very carefully about the damage that is done when consultation is either not carried out or simply ignored, especially when there are hopes for other schemes locally.” 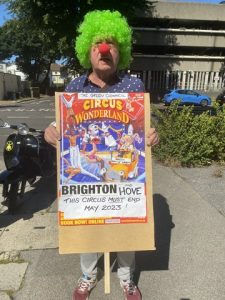 Councillor Heley said that the call for the removal of the cycle lane was “shameful” and Councillor Wilkinson’s comments about supporting active travel measures and tackling climate change were “hypocritical”.

After the meeting, she said: “It’s a disgrace. I feel like no one is listening to young people of my generation.

“I’m scared for the future. This is the tiniest thing we could have done, a step in the right direction, but they just don’t care. It’s very disappointing.”

During the meeting Councillor Heley said that the council had not hold a referendum on whether to scrap the cycle lane but had tried to identify ways to improve cycling options.

We have halted funding, pending discussions, to councils which have prematurely removed schemes. These include Brighton, Liverpool, West Sussex. London councils have had similar letters from TfL. https://t.co/JF7QjbdWqx

She said that the Department for Transport had said that Brighton and Hove City Council would face similar difficulties in bidding for funding to West Sussex County Council which also removed lanes.

A report prepared for the meeting – of the council’s Environment, Transport and Sustainability Urgency Sub-committee – said that almost £280,000 of funding was immediately at risk. It cited a tweet from the Prime Minister’s special adviser Andrew Gilligan.

And the report said that the cost of physically removing the cycle lanes would be about £50,000, which might include some resurfacing work.

The report also set out how the council had received more than £3 million from the government in the first two tranches of “emergency active travel funding”.