A Brazilian grocery has applied for a licence to sell alcohol from its premises in Hove. 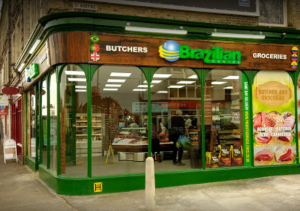 But Sussex Police and Brighton and Hove City Council’s licensing department have opposed the licence application by the Brazilian Centre, in Church Road, Hove.

The premises are part of an area of Brighton and Hove known as the “special stress area” where stricter licensing rules apply because of concerns about crime and anti-social behaviour.

As a result of the objections, a council licensing panel made up of three councillors will decide application at a virtual meeting next Tuesday (14 September).

A Sussex Police licensing officer, whose details were redacted by the council, said: “The local area, including Hove Lawns, has pre-existing issues around high levels of alcohol consumption and anti-social behaviour both of which could potentially be added to with an additional premises with off sales.

If a licence were to be granted, the police would want the shop not to sell single cans or to stock strong beer or cider.

The council’s licencing department said that the Central Hove ward was ranked the fourth worst out of 21 electoral wards in Brighton and Hove for police-recorded alcohol-related incidents, ambulance call-outs and A&E attendance.

But although the council’s policy is to refuse new off-licences in the area, if the Brazilian Centre were to show exceptional circumstances, councillors could agree to drinks going on sale there.

The Brazilian Centre said that it would agree not to sell single cans or to stock beer or cider.

It said that alcohol would take up no more than 20 per cent of its shelf space, with the rest devoted to its Brazilian and Portuguese meat and delicatessen products.

In a letter, with the writer’s details redacted by the council, the Brazilian Centre said: “We have another three shops in London. We are not a typical off-licence shop and we are not part of a big chain.

“Most of our products we would like to sell will be Portuguese wine (and) beers and some spirits.”

The licensing panel hearing is due to start at 10am on Tuesday (14 September) and is scheduled to be webcast on the council’s website.