The doctor from Brighton who was injured in an acid attack on the doorstep of her home has shared her grief and disbelief. 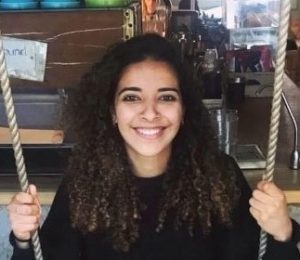 Milad Rouf, 25, wore a disguise when he threw suphuric acid in the face of Rym Alaoui in the doorway of her Steine Gardens hoe in Brighton in May.

She said: “When I came to answer the door that day, a substance that I now know to be sulphuric acid was thrown in my face.

“Since the day I was subject to this horrific attack, my life has changed tremendously. I live in constant physical and psychological pain, fear of my future wellbeing and socioeconomic hardship.

“I have suffered substantial physical injuries as a result of this attack. The impacts include severe damage to my right eye (which I am still unable to see out of), damage to my eyelids and the skin of my face, neck, chest and arm. I am unable to fully move my neck or close my eyelids.

“So far, I have had five painful life and appearance-altering surgeries. I am still trying to come to terms with the fact that my life, for the foreseeable future, will involve more hospital appointments, procedures and operations.

“Prior to this attack, I was working as a junior doctor and living independently. Now I am unable to attend work or live my life as normal. I have been robbed of years of my career and young adult life.

“The psychological effect of this attack has been colossal on me, my family and loved ones. This has led to those around me and myself needing psychological therapy.

“I cannot begin to imagine how or why someone could commit such a horrible premeditated act. It is impossible to fathom, find peace with or justify what was going on in his mind.

“I would like to express my deepest gratitude to the first responders, the detectives and the healthcare staff involved since the moment I was attacked, as well as my loved ones who have supported me and continued to show me love and care through this life-changing assault.”

Shortly after Dr Alaoui’s statement was read out, Judge Christine Laing, the honorary recorder of Brighton and Hove, sentenced Rouf to 11 years in prison and four years on extended licence. 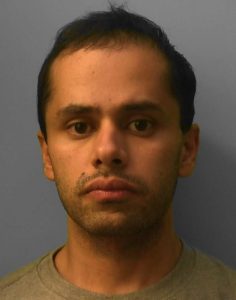 Rouf, of Newport Road, Roath, Cardiff, had pleaded guilty to throwing acid over Dr Alaoui in an attempt to burn, maim, disfigure or disable her.

He attacked Dr Alaoui, a junior doctor at the Royal Sussex County Hospital, six weeks after she ended their relationship.

Judge Laing said that Rouf, whose family home was in Eltham, London, had meticulously planned the attack, carefully disguised himself and lied about it afterwards. 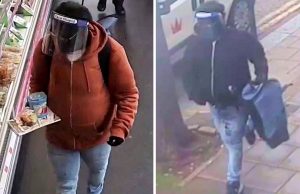 She said: “You knew what you were doing was wrong and you wanted to evade responsibility for it so you could continue your medical career.”

“You bought sulphuric acid. As a trainee doctor, you would know what devastating effect that could cause when applied to the human body.

“I have no doubt that you intended to cause her the severest harm possible.

“The extreme nature of this offence is inexplicable … other than by jealousy and anger.

“Your response to being rejected by her is so far beyond any normal comprehension, I am satisfied that you do pose a risk of serious harm.”

The judge added that the length of the sentence reflected her duty to protect the public.