A man has been charged with robbing a woman at a cash machine in Brighton. 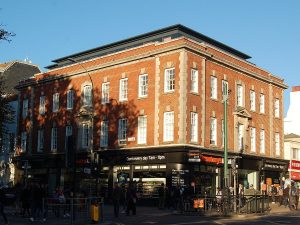 Sussex Police said today (Friday 8 October): “Police have arrested and charged a man in connection with the robbery of a woman at a cash point in Brighton.

“Officers were called to a Sainsbury’s store in St James’s Street shortly before 7pm on Monday (4 October) to reports of a woman having been robbed.

“The victim, a 22-year-old local woman, said she had withdrawn money from a cash point when a man approached and verbally abused her, pushed her away and snatched the cash out of her hand before making off.”

“Two police constables responded to the scene and quickly identified a suspect who was arrested just over an hour after the incident was reported.

“Kim Upton, 29, of North Road, in Brighton, was subsequently charged with robbery and appeared at Brighton Magistrates’ Court on Wednesday (7 October).

“He was remanded in custody pending a further court appearance.”

Temporary Superintendent Nick Dias said: “This was undoubtedly a frightening experience and an unprovoked attack that left a young woman badly shaken.

“Everybody has the right to feel safe on our streets and targeting the perpetrators of robberies, while working with our partners to tackle the underlying issues that fuel this behaviour, is key to ensuring Brighton and Hove remains a wonderful city in which to live, work and visit.”