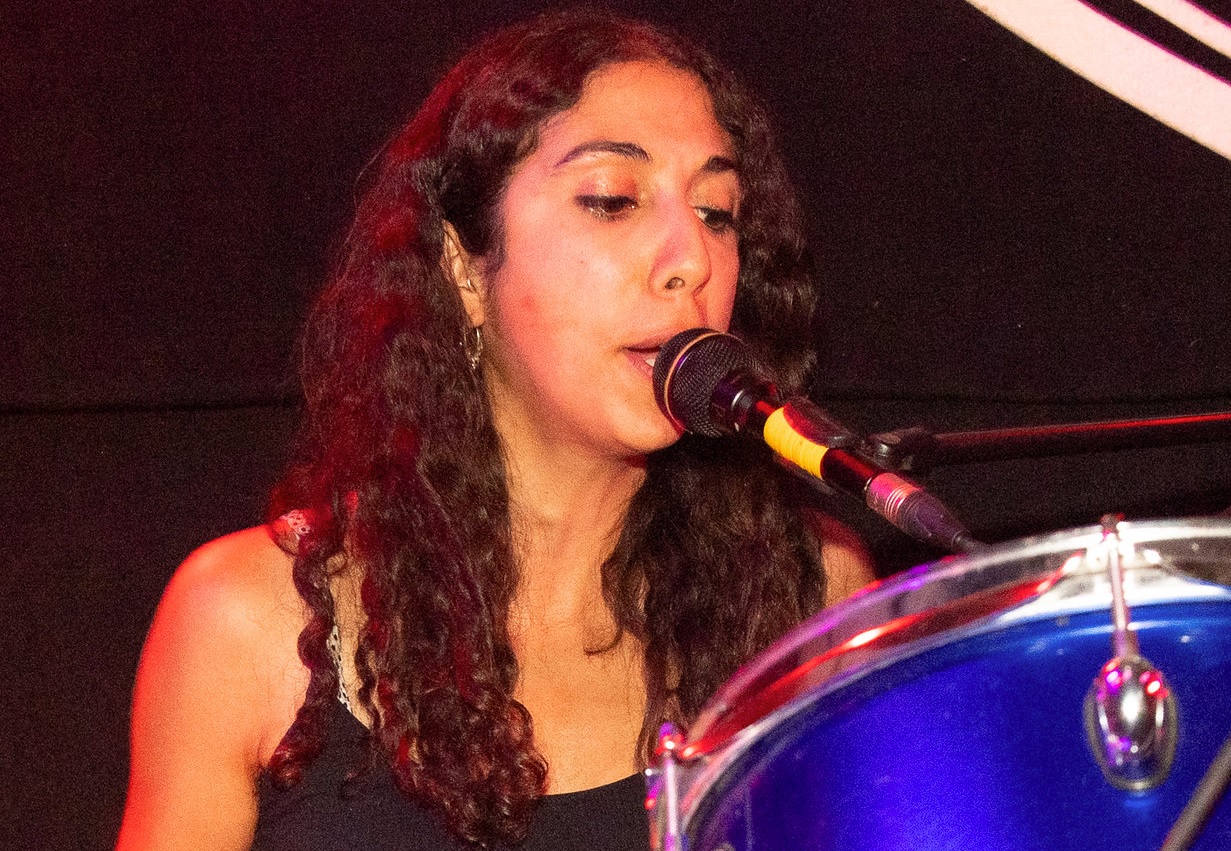 FatCat Records’ latest signings Holiday Ghosts have announced that they are set to perform no less than 17 concerts between now and the end of the year, with two of those being performed right here in Brighton. These are in support of their latest album ‘North Street Air’ which can be found on Bandcamp HERE. 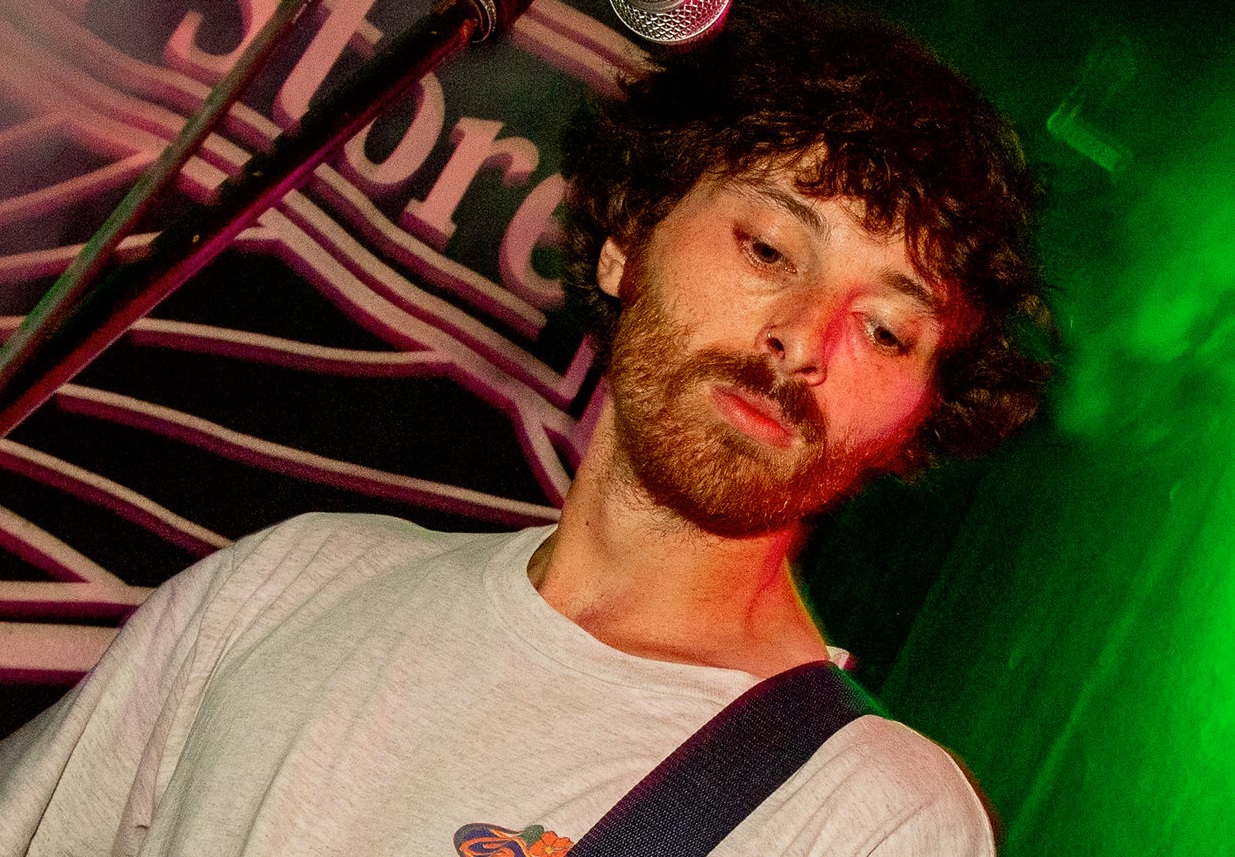 The Brighton & Hove News Music Team caught the Holiday Ghosts when they were headlining day two of the Green Door Stores 10th anniversary ‘234 Fest’ bash back on 19th September, where we reported thus:

“The final of the 20 acts of this year’s ‘234 Fest’ were Holiday Ghosts who took to the stage bang on 10pm. They operate a slightly unusual vocals and drums, plus two guitars and bass format. These guys were definitely intent on ensuring that the climax of the ‘234 Fest’ would go out on a high with their swinging, shuffling rockabilly style drum tapping surf beats”.

“And so the crowd bopped merrily away! There were to me elements of ‘Good Vibrations Records’ post punk sounds with the addition of a tiny smidge of The Undertones meets The Shadows played at 78rpm (ask yer grannie). Boy can these katz swing! My mate ‘2 cans in hands’ Jules was right, they are great, but don’t let Sam from the band near helium balloons before a gig as he virtually lost his voice as a result”.

You can read the full ‘234 Fest’ Day One report HERE and Day Two report HERE. 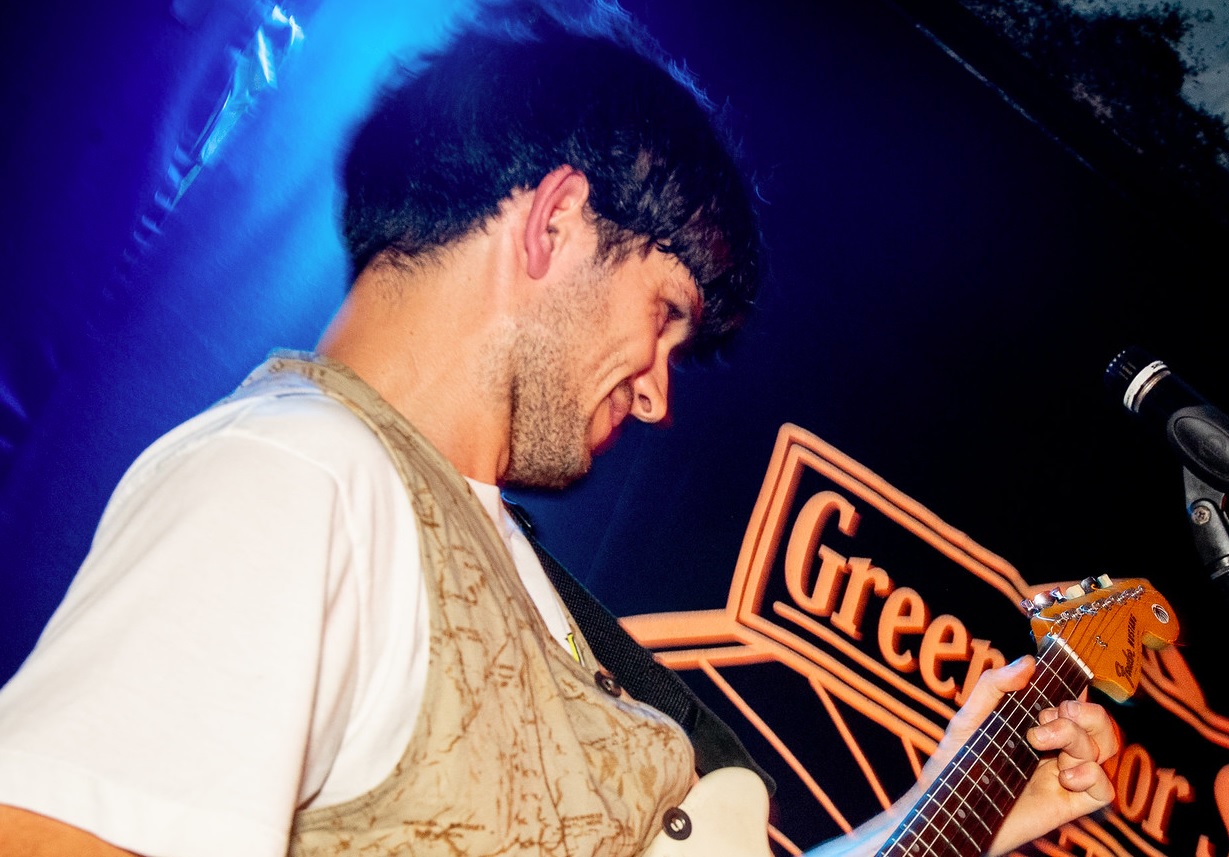 Holiday Ghosts – now based in Brighton, but originally formed in Falmouth – feature drummer Katja Rackin and guitarist Sam Stacpoole, along with returning bandmate Charlie Murphy and a host of talented local Falmouth musicians. Together they mine the works of eras past to cast the best of artists such as The Kinks, Violent Femmes, Alex Chilton and Modern Lovers as a backdrop onto which they deconstruct myriad social issues. Themes of breaking out of moulds and expectations whilst addressing displacement, disillusionment and living in the midst of heavy advertising and commercial landscapes, spider their way through the aforementioned latest album.

Nowhere else on ‘North Street Air’ is the weight of capitalism on creative cultures more directly assessed than on recent single ‘Mr. Herandi’, a song about their landlord. Watch the video HERE. 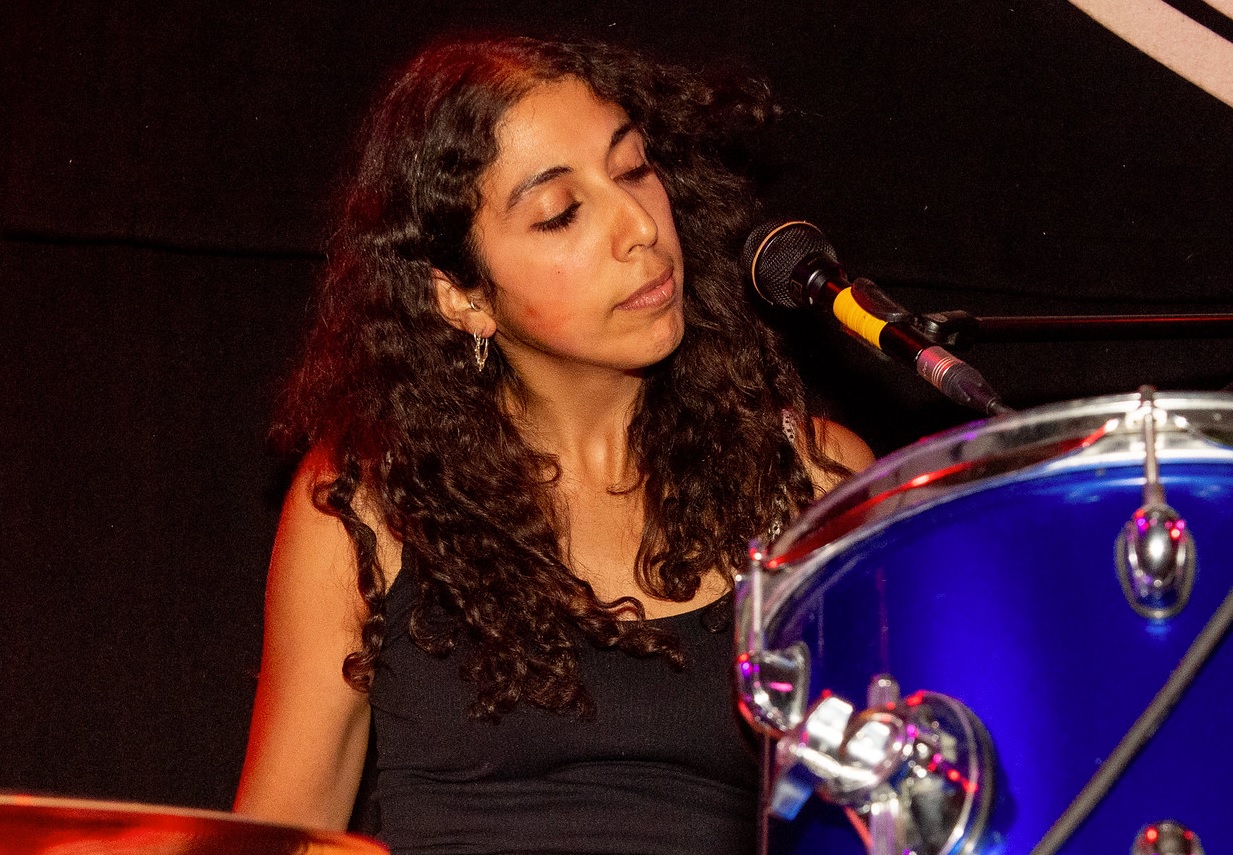 As Katja comments: “I was introduced to issues of social inequality at a really young age because my parents were political refugees and got me involved in debates and conversations that allowed me to question my surroundings and society. Outside of music I do a lot of writing in response to current social issues. I think my music does this in a more inward sense – it is often rooted in metaphorical themes of deconstructing preconceived ideas and naturally becomes a way for me to place myself within the surroundings that I’m so often critiquing.” 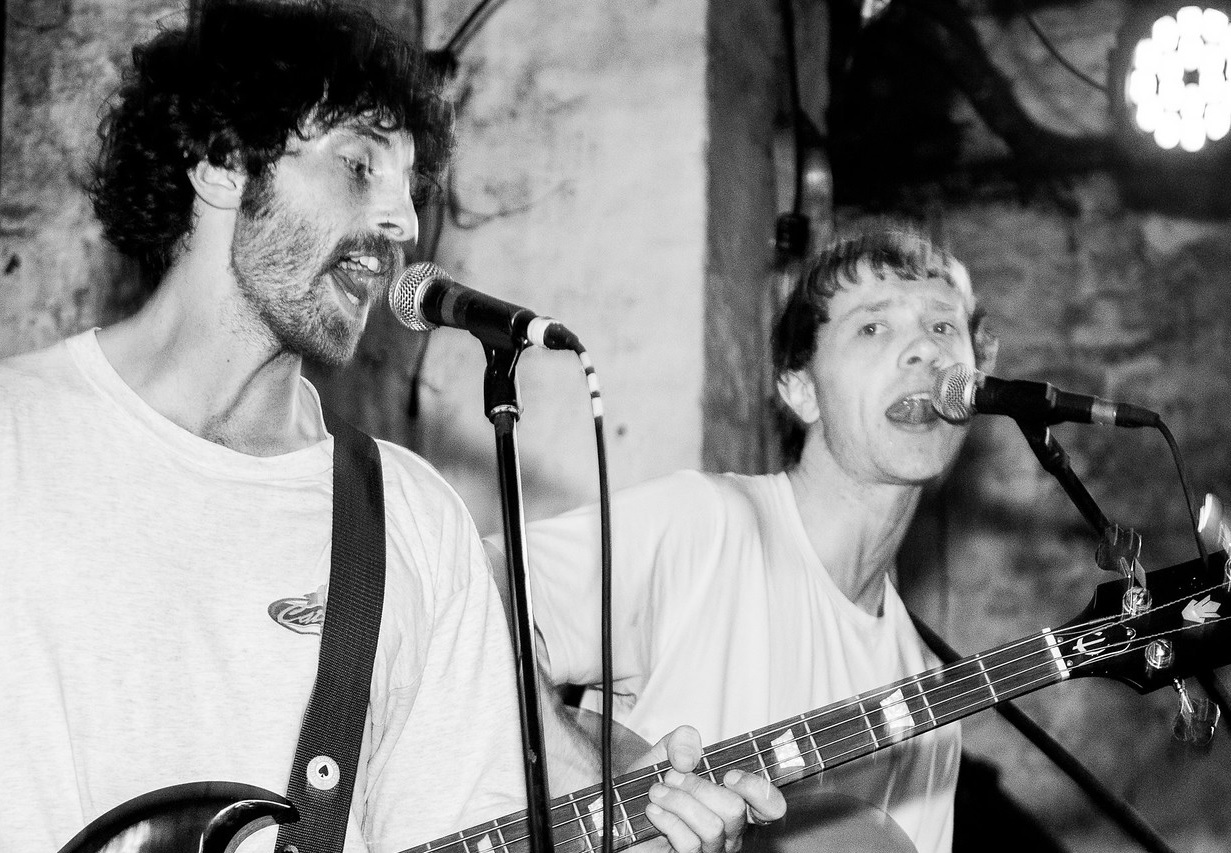 Guitarist Sam adds: “This song started out as a joke folky country song I wrote almost on the spot. Just looping the chords and commenting on ways it felt like an unfair deal with our landlord/tenant situation. The landlord is taking the stance of being completely oblivious to the standards of what he’s paid large sums monthly for whilst living abroad.

“All the lines are directly factual to the situation we were in at that point – and his name really is Mr Herandi. We also recorded it in his house which was directly above his letting agents.” 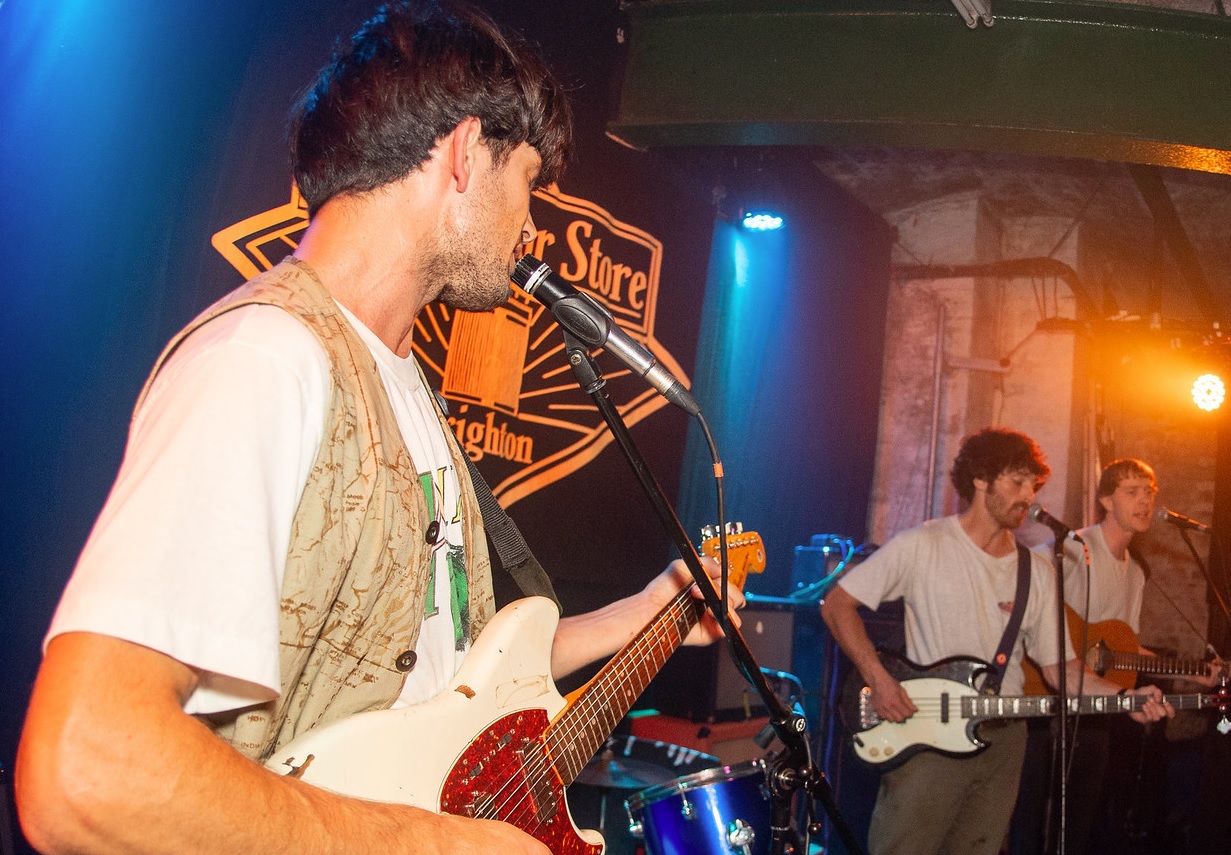 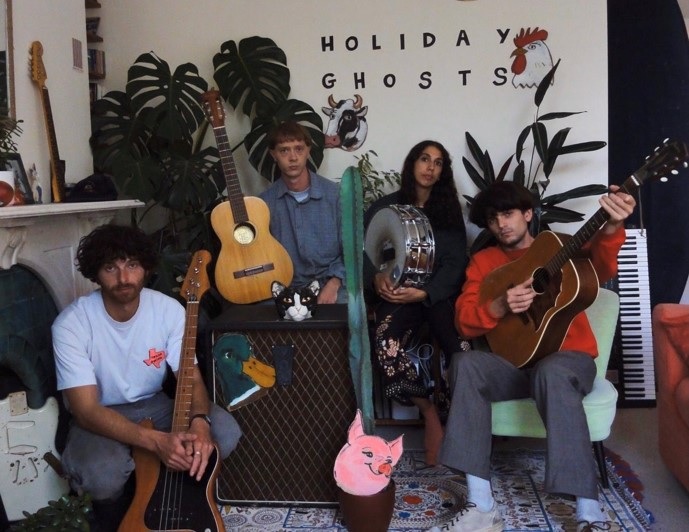 UK south coasters, relocating from West to East: Katja Rackin and Sam Stacpoole have been grafting and honing alone, away from the expertise of music producers and other governors since 2016. The result is unadulterated and unclean, unabashed and uncompromised. Through their love of artists such as The Kinks, Alex Chilton and The Nerves or any other artist who spends less time with the polishing cloth and more time with the power shower, Holiday Ghosts make music with a lean and primitive rock’n’roll spirit. Drums are stripped naked to the point of metronome status and no stomp boxes, nor cahons or didgeridoos are found to obscure the energy of guitars at their rawest.

In stories of landlords, steady jobs, wrong turns, short straws, sunny moods and city life, Kat and Sam share lead vocals alongside returning bandmate and songwriter Charlie Murphy plus a host of other musicians from Falmouth, Cornwall (where the band began).

Two albums in with Punk Slime Records and a casually Bandcamp-ed EP, Holiday Ghosts are back with their third full-length record – ‘North Street Air’ (out now via FatCat Records) – twelve songs of love, hate and everything in between.

Talking about their inspiration for the latest album, Katja says: “North Street is the busiest and most polluted feeling street in Brighton – and for six months that’s where we lived. Having the city centre at your doorstep provides so many bizarre experiences and scenarios, so many weird and interesting people, continuous noise and crowds.” 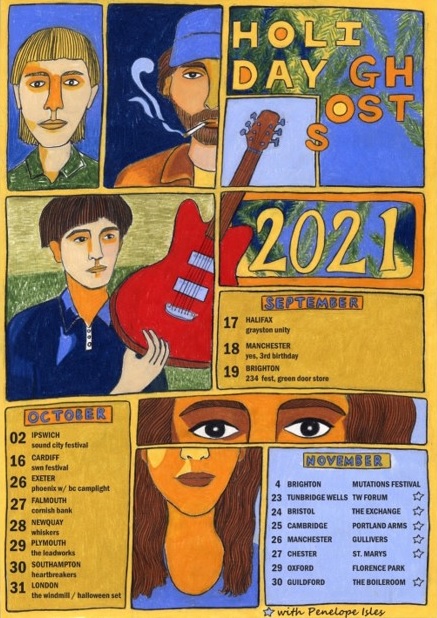