The philosophy professor who has been the subject of a protest by trans rights supporters said today that her former union “has just effectively ended my career at Sussex University”.

My former union branch @sussexucu has just effectively ended my career at Sussex University. This just sent to all members. pic.twitter.com/eFdNXkSd68

Kathleen Stock tweeted her remarks this morning (Tuesday 12 October) after the UCU (University and College Union) issued a “statement in support of trans and nonbinary communities at Sussex”.

Posters demanding that the university sack Professor Stock appeared at the Falmer campus last week.  And smoke bombs were set off as masked protesters held a banner saying “Stock out” at the entrance to the campus.

One of the posters said: “We’re not paying £9,250 a year for transphobia – fire Kathleen Stock.”

Online attacks have been more menacing, with one reported to show a picture of a man with a gun and the words: “Kathleen Stock rest your weary head.”

Sussex Police said that it was investigating a report of harassment while the university said: “We were extremely concerned to see the harassment towards our staff member and took immediate action in response to this.”

The UCU statement said: “We do not endorse the call for any worker to be summarily sacked and we oppose all forms of bullying, harassment and intimidation of staff and students.”

But it also said: “Public discourses regularly devalue the lives of trans and nonbinary people and appeals to both employment rights and academic freedom are often instrumentalised in this context.”

Trans rights supporters have accused Professor Stock, 48, of being transphobic – an accusation that she denies.

The claim is based on Professor Stock’s belief that, although a person’s professed gender identity should be respected, it is not possible to for someone to change their biological sex.

She has also called for women-only spaces in places such as prison and refuges to be protected rather than opened up to those who were born male.

While she has been described as one of the most prominent advocates of “gender-critical feminism”, her views have proved controversial in the debate about transgender issues.

According to the Sunday Times, Sussex Police advised Professor Stock that she would need security guards to go on campus. 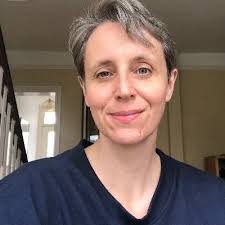 The newspaper quoted her as saying: “The (police) have advised me to have cameras on my front door. They have given me advice about moving around.

“They have put a marker on my phone. If I phone 999, there is an automatic call-out to my house.”

The academic, who has worked at Sussex since 2003, added: “I am vulnerable on campus.”

Sussex Police said: “On Wednesday 6 October we received a report of harassment of an employee at the University of Sussex and we are investigating.

“We take all reports of harassment seriously and will seek to investigate and to support victims. Details of support and information for victims of harassment are available.

“We have established that police have not advised the victim in this case to stay away from the university campus.”

The government’s Equalities Minister, Kemi Badenoch, is among those who have spoken in support of Professor Stock and her right to share her views.

But criticism appears to have intensified since Professor Stock’s latest book – Material Girls: Why Reality Matters for Feminism – was published earlier this year. 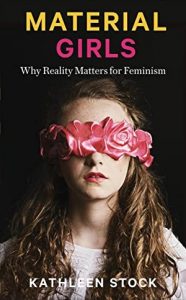 The journalist Janice Turner wrote in The Times that Professor Stock was a “mild-mannered, dry-humoured, left-wing lesbian. An acclaimed philosopher who … teaches trans students, respecting their pronouns, and has written repeatedly in support of their human rights”.

And last week The Times quoted Professor Stock as saying: “Universities aren’t places where students should just expect to hear their own thoughts reflected back at them. Arguments should be met by arguments and evidence by evidence, not intimidation or aggression.”

She was made an OBE for her services to higher education in the New Year Honours List just under a year ago.

The university said: “We have acted – and will continue to act – firmly and promptly to tackle bullying and harassment, to defend the fundamental principle of academic freedom, to support our community and continue to progress our work on equality, diversity and inclusion. We care deeply about getting this balance right.

“There are a range of very strong views and opinions held across the university on a whole variety of issues and topics, including how we support our trans and nonbinary community particularly at this time.

“As a community, we need to come together and talk about what is happening at the moment and to look at the way forward.

“We will be doing this in the coming weeks and this will be led by our newly appointed pro-vice chancellor for culture, equality and inclusion.

“Our recently published paper Inclusion, Freedom of Expression and the Spirit of Sussex, details our approach to these complex issues – and how we ensure we lead the way in academia and inclusion.”

The UCU statement, issued in the name of the union’s Sussex executive and reps, said: “In the light of recent events on campus and ensuing public response on social media, we extend our solidarity to all trans and nonbinary members of our community who, now more than ever, should receive the unequivocal support of the university and its management.

“As a union, we strongly condemn all forms of transphobia and call the University of Sussex to heed its institution’s values and commitments as set out in its Trans Equality Statement and its Dignity and Respect Policy.

“We urge our management to take a clear and strong stance against transphobia at Sussex.

“Now is the time for our university leadership to uphold the institution’s stated values by ensuring that the dignity and respect of trans and nonbinary staff and students, and their allies, are enshrined at the core of the university’s culture, a commitment that was inexcusably absent from the vice-chancellor’s statement on Thursday 7 October.

“Public discourses regularly devalue the lives of trans and nonbinary people and appeals to both employment rights and academic freedom are often instrumentalised in this context.

“(The) UCU will always fight for safe and secure working environments at our institution.

“We do not endorse the call for any worker to be summarily sacked and we oppose all forms of bullying, harassment and intimidation of staff and students.

“There should be no contradiction between defending academic freedom and supporting trans rights and in this respect we emphasise (the) UCU’s national position that the enactment of academic freedom is both essential to the work of higher education and ‘comes with the responsibility to respect the democratic rights and freedoms of others’.

“What we do call for, then, is an urgent investigation into the ways in which institutional transphobia operates at our university and diminishes the democratic rights and freedoms of some of its most vulnerable members.

“We offer this statement as a part, and not the end, of ongoing and future work to tackle systemic inequities across the University of Sussex and do so in line with (the) UCU’s national position on the essential work of trans inclusion.

“We welcome the University of Sussex Students’ Union (USSU) statement of solidarity with our trans and nonbinary community and defence of students’ right to protest and extend our strongest support to the USSU and its officers in their commitment to standing up for all students at Sussex.”