A luxury food and drinks hamper business faces opposition to its application to extend alcohol sales in its shop in Brighton.

Sussex Police and Brighton and Hove City Council’s licensing department have opposed an application by Artisan Deli Market, in Duke Street, to expand its alcohol sales area and serve drinks in an indoor seating area.

The luxury hamper company was granted a licence in 2019 to sell craft beer and wine from a display area no more than a metre wide and two metres high at the central Brighton shop.

Now the company wants to expand its delicatessen and café and offer alcohol to customers ordering charcuterie, cheeseboards and “gourmet toasties” at indoor tables.

The company also wants to sell craft gin and rum, such as Brighton Gin, from shelves behind the counter and to expand its wine and beer sales area slightly to take up more of the store’s display space.

A report for a licensing panel of three councillors next week said that police had found breaches of the premises’ current licence conditions.

During three licensing checks in April, May and last month, Sussex Police licensing officers found that the alcohol display area inside the store was larger than permitted by the current licence.

Last month officers also found cider for sale, which is not permitted by the licence.

Inspector Michelle Palmer-Harris said that the council had granted the original licence after Artisan Deli Market worked closely with the force to ensure the right conditions to open in central Brighton where there are limits on new alcohol outlets.

She asked the council to refuse the application and said in a letter that the company had consulted the force about varying its licence in July last year to allow sales of chilled drinks to customers in the shop and the café’s outdoor seating.

Then, in August last year, it consulted police again about extending its indoor sales area to the first floor.

In May this year, the company asked police about the potential of offering chilled cocktails and a selection of gins and vodkas to take away.

Inspector Palmer-Harris said: “We have concerns that since the original application was granted in June 2020 with robust conditions, the applicant is slowly finding ways to chip away at it, which on paper could result in it being able to become more of a regular off-licence and or café/bar.” 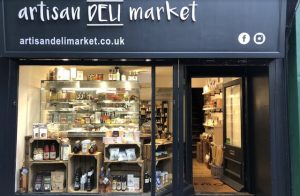 Council licensing official Emma Grant said that she was concerned about the premises’ management as Sussex Police had licence breaches on three occasions.

The company said: “The food products and café dominate and are very much the primary products sold and generation of sales turnover.

“The ancillary artisan bottled wine and craft beer take a very small area of retail space and are not and will continue not to be the primary activity of sales.”

The licensing panel hearing is due to start at 10am next Wednesday (20 October). The hearing is scheduled to be webast on the council’s website.