A man who stole charity collection boxes when he burgled retirement flats in Brighton, Peacehaven and Seaford has been jailed for three years. 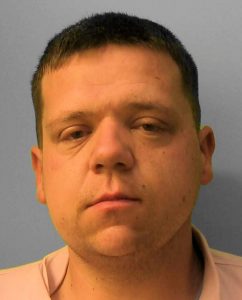 Luke Banner, 30, was described as “a prolific offender who stole cash from four separate care homes for elderly residents”.

Banner was also said to be “well known to police and the community, having received 20 previous convictions for 65 offences”.

Sussex Police said: “The 30-year-old was linked to his most recent crimes having been identified through CCTV and fingerprints left at the scene.”

Banner burgled three blocks of retirement flats on the same day – Saturday 22 May.

He also burgled Nevill Lodge, in Rowe Avenue, Peacehaven, on Sunday 6 June when he stole a charity box belonging to the RNLI.

Sussex Police said: “While the total value of cash stolen is unknown, it is believed to be small change on each occasion.

“Following inquiries, Banner was arrested and charged with four counts of burglary with intent to steal.

“He pleaded guilty to all four offences in court on Friday 20 August and was remanded in custody ahead of sentencing at Lewes Crown Court on Friday 1 October.

“He was sentenced to a total of three years’ imprisonment. The seriousness of his crimes and previous offending history was taken into consideration.”

The investigating officer, PC David Wilkinson, said: “Banner has an extensive history of similar offences and thanks to the co-operation of all four victims we were able to arrest him and bring him to justice.”