Rumours that two councillors have moved abroad were labelled false as members of the public put questions to the council.

But the couple, who have two young children, were the subject of two questions about their wealth and where they lived at a meeting of the full council.

Afterwards, one of them spoke out to try to scotch the rumours that have surfaced in recent months that they had left Brighton and moved to a second home in France.

The rumours started when they were caught by the lockdowns that were imposed at home and abroad in March last year.

The couple were spending a week on holiday with friends in France, unable to travel home.

Council meetings switched to online-only and both continued to take part remotely – like their colleagues – before and after their return to their Brighton home.

Councillor Phillips also faced criticism for claiming childcare expenses for their young son for the past two years, including during her year as mayor in 2019-20.

During public questions at the council meeting yesterday, resident Laura King asked: “Given that various national allowance systems, such as child benefit, are means-tested to ensure that the wealthiest in society are not eligible to claim, can the leader of the council give examples of similar systems within the council whereby wealth is taken into account when pay-outs are made?

“Is it appropriate for councillors to claim money to be spent on babysitting or au pairs?”

She also asked if it was “appropriate for two of the wealthiest councillors” in the Green administration to claim for a live-in nanny during covid-19 while resident in France. 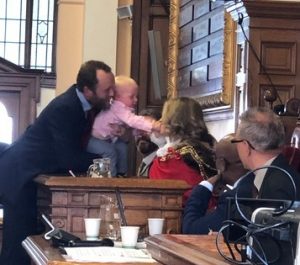 Councillor Mac Cafferty said that the allowances were adopted based on the recommendation of an independent remuneration panel.

To applause across the chamber, he said: “You should be able to claim carer allowance for being a parent.

“That is something we should be proud of and do more of because long should be banished the days of councillors just being old men.”

Another resident Andy Maclay asked if Councillor Mac Cafferty agreed that councillors should live in the area they represented.

Councillor Mac Cafferty said that the rules for those standing and holding the office of councillor were controlled by the Local Government Act 1972.

He said that most councillors lived within the borders of Brighton and Hove. 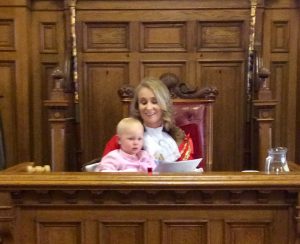 Councillor Mac Cafferty said that at the start of the pandemic, during the lockdown, some councillors were stranded outside Brighton and Hove, a situation that affected many people around the world.

Councillor Druitt, the founder and managing director of the Big Lemon Community Interest Company (CIC), responded to the allegations outside of the meeting.

The bus company boss said: “There have been a couple of quite ridiculous assertions made during public questions this evening concerning me and my family.

“I have no idea how wealthy I am compared with colleagues – and I don’t care.

“I am committed to more equality and better living standards for everyone – and all businesses I am involved in pay the Brighton Living Wage. 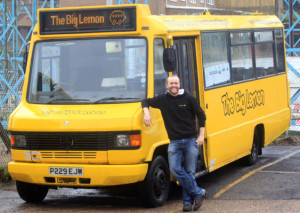 Tom Druitt with one of his Big Lemon buses

He said that he lived in Brighton and added: “We went on holiday to France in March 2020 to visit a good friend from Brighton who now lives there.

“It was supposed to be a five-day break but, while we were there, France locked down – and two weeks later the UK locked down.

“It was both impossible and illegal to make the trip back and we came home as soon as both countries’ rules allowed it and travel between two countries resumed.”