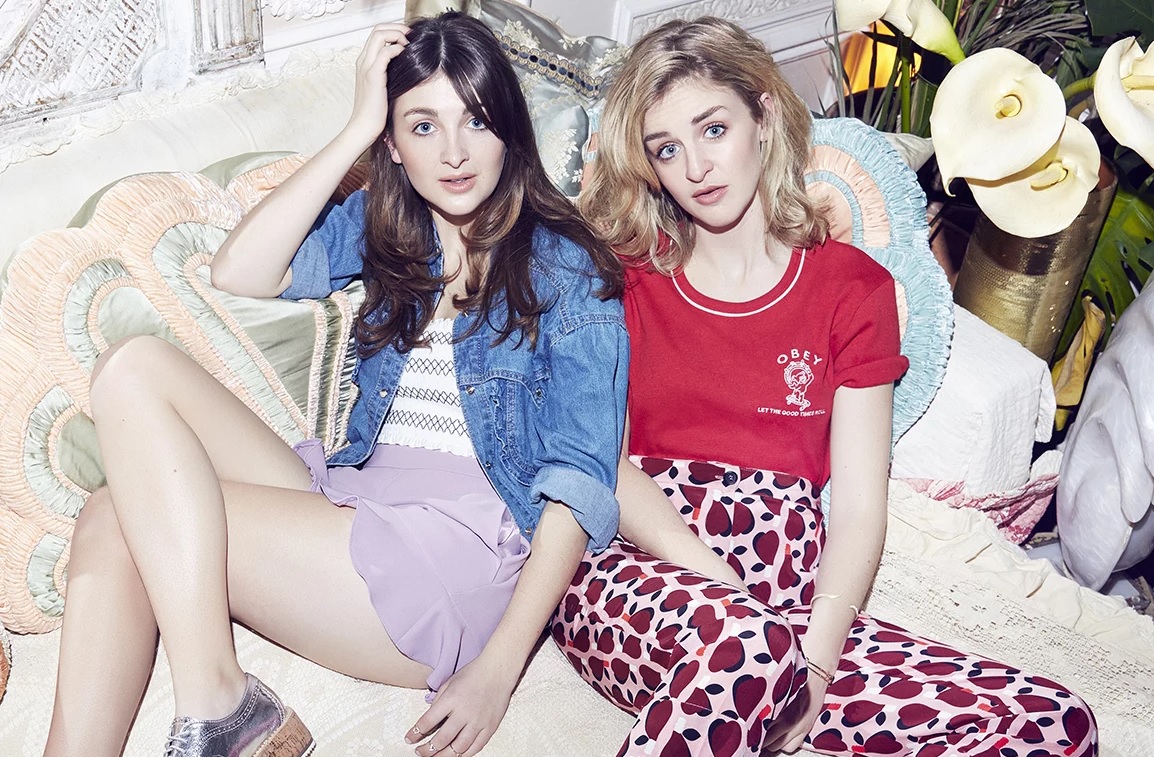 Twin sisters Catherine and Lizzy Ward Thomas are a Country Music duo from the UK. One of the UK’s finest young acts, Ward Thomas have revealed their simmering new track ‘Sweet Time’, the twins first snippet of music from the new album ‘Invitation’ . The girls are also known for their duet with James Blunt earlier this year. 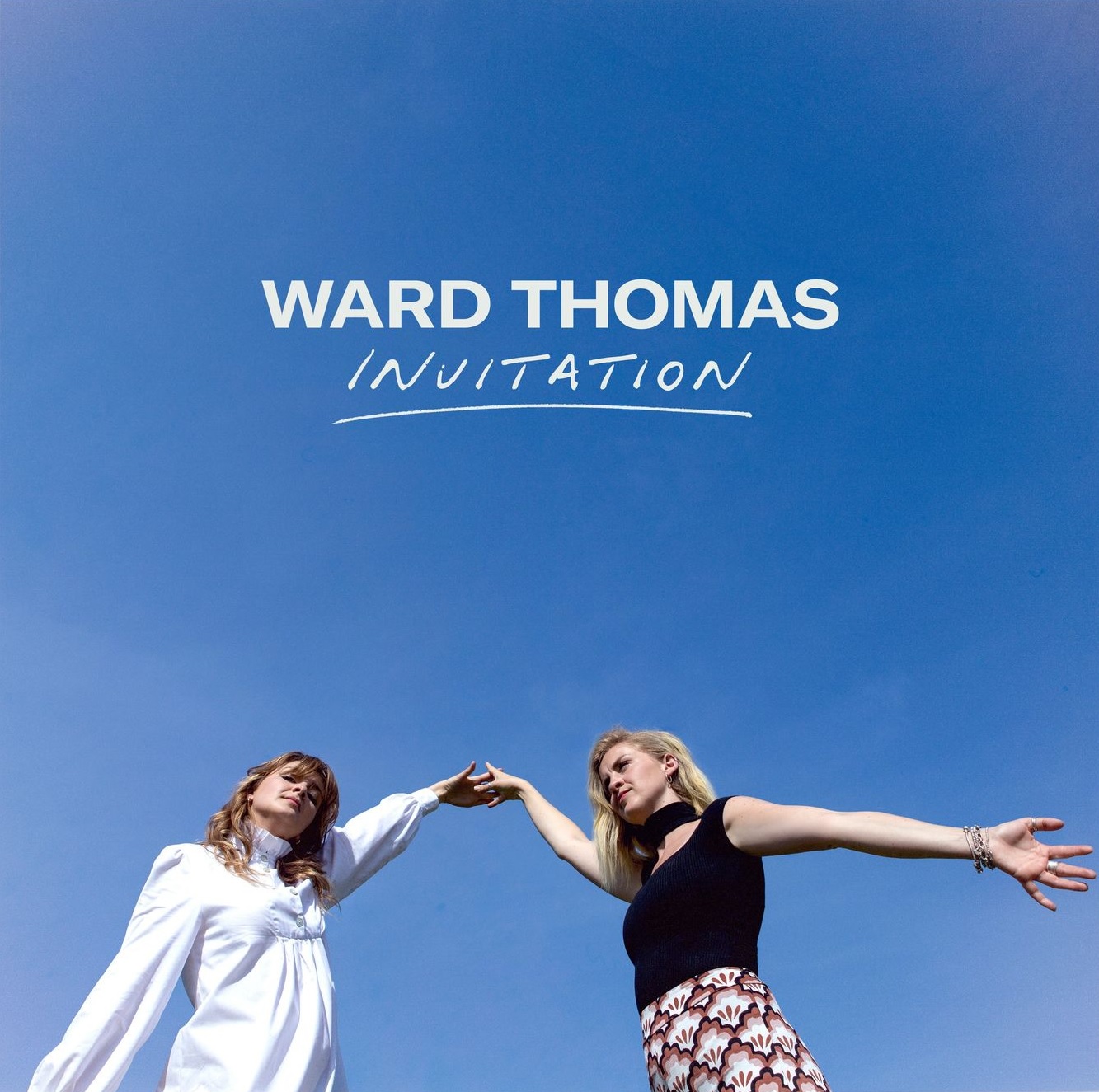 This follows on from the release of their acclaimed UK top 10 album, ‘Restless Minds’, and being awarded the prestigious ‘Global Artist Award’ at the CMA Awards, the sisters have announced a concert here in Brighton at St George’s Church in St. George’s Road, Brighton BN2 1ED on Saturday 27th November 2021. 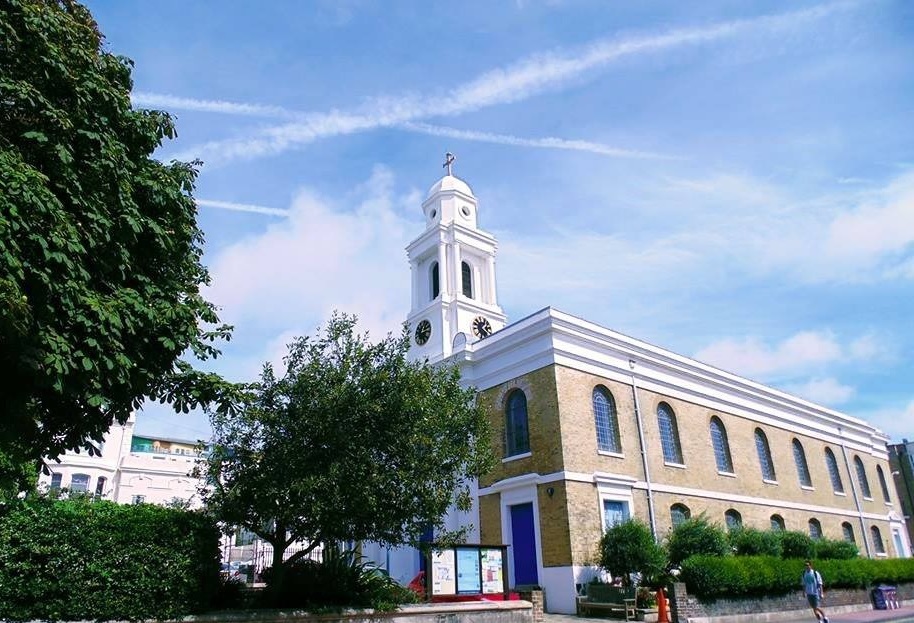 No doubt the duo will play fan favourites from their chart topping album ‘Cartwheels’ and 2019’s ‘Restless Minds’, as well as some brand-new tracks from their latest album ‘Invitation’, which you can order HERE.

It’s nice to see the duo back out on tour this November as before covid struck, 2019 was a massive year for Ward Thomas seeing them tour Europe with Jack Savoretti, before joining him to sing a duet of The Killers’ ‘Human’ at his sold-out Wembley Arena show. They also played a triumphant set at Isle of Wight, supported David Gray across his Australian run and joined Brad Paisley on stage at London’s O2 Arena for ‘Whiskey Lullaby’, all on top of releasing their 3rd album ‘Restless Minds’. Purchase/listen to ‘Restless Minds’ HERE.

Tickets for this Brighton gig and other November 2021 dates on their tour are available from GigsAndTours, Ticketmaster and SeeTickets. 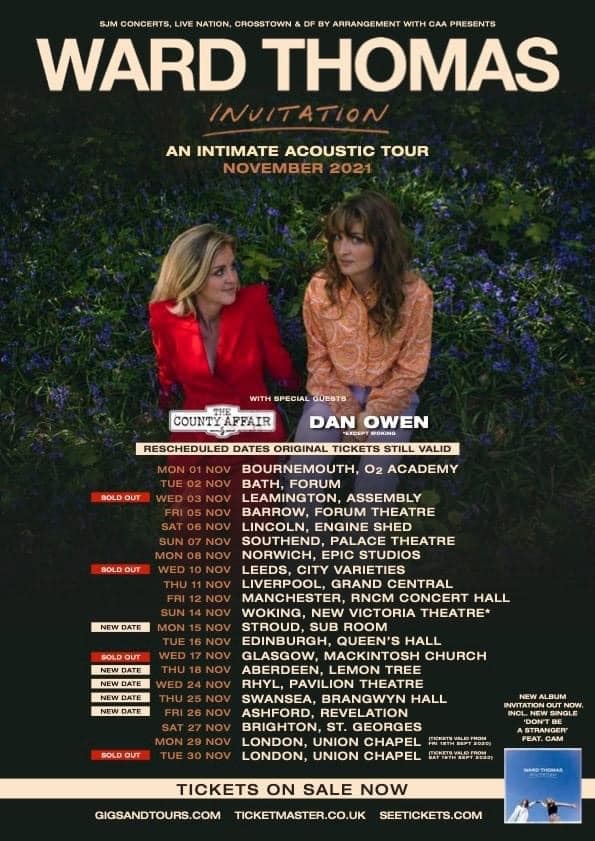