Influencing the debate about effluent

Let’s spend a moment talking about sewage and broken promises.

During those tortured debates about Brexit, the single thing that used to frustrate me to the point of unbridled frustration was when ministers used to make a claim that you just knew was impossible or they had no intention of delivering.

As it was about the future it you couldn’t “prove” it wouldn’t happen so protestations where dismissed.

I was there in the Commons chamber when this reached its zenith. “We’ll have the exact same benefits outside the EU as we have currently,” said David Davis.

Hot on the heels was Michael Gove who promised us a “green Brexit” that would uphold all of the standards required for EU membership.

I sat head in hands when claims like these were made. When David Davis said that from the dispatch box as a British cabinet minister, I shot over to another cabinet minister by the door to the chamber and said: “Did you hear that?”

The weary response came back: “David Davis can say whatever he likes – he’s never stuck to a job for ten minutes in his life. He’ll promise the world then walk away so others will be left with the mess.”

Well, the mess is coming thick and fast, this time quite literally in the form of raw sewage being discharged into our waterways, rivers and sea – and Tory MPs voting down the measures needed to get standards up to where they need to be.

The Environment Bill is a very large piece of legislation that’s been in Parliament a while.

It passed the Commons a while ago – and there’s been loads of battles in the Lords to insert measures that would keep government to its promise not to drop food, air and environmental standards.

We have a star living among us in Hove as one of our fellow residents is Baroness Maggie Jones.

Maggie has been leading the Labour fight to raise environmental standards on the bill in the Lords and has dedicated her entire life for months on end to make it happen.

She’s steered through some amazing amendments that would really help our environment but it looks like government will use its majority to squash them in the Commons this week.

Just to give you a flavour of the fights we’ve been having to improve the bill, we’ve tabled amendments that cover: targets for soil health and quality, binding interim targets, addressing the single-use culture, protecting pollinators from pesticides, ensuring untreated sewage is not discharged from storm overflows, protecting ancient woodland, preventing products linked to deforestation from entering the UK and also to declare a climate and biodiversity emergency. 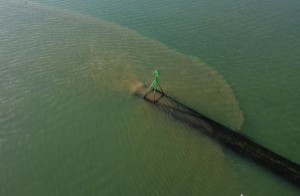 Sewage being discharged into the sea

Sadly, very sadly, the government opposed all of these measures which totally blows apart any pretence that Brexit would lead to better standards or that the Tories are willing to give our natural environment the protection it needs.

These are really important issues, so I want to be crystal clear with you: I voted for the amendment which would place a legal duty on water companies to take all reasonable steps to prevent sewage being discharged into our waterways and public spaces.

On Monday I was on the BBC’s Politics Live and got to raise this issue. I posted a clip.

Peter Kyle – We were told specifically that when we left the EU that we would maintain environmental standards… southern water has just plead guilty to 28 counts of criminal negligence for repeatedly discharging raw sewage… the govt is scrapping standards. #politicslive pic.twitter.com/SJX9QH2cbA

Our area is covered by Southern Water who recently pleaded guilty to 26 counts of criminal negligence, many of these related to illegal discharges of raw sewage.

I care so much about this that I’ve already met the CEO of Southern Water and am meeting him again shortly.

He knows the strength of my feelings because in the past I was made promises by Southern Water about improvements that never happened.

I comprehensively lost faith and said so. I no longer trust their words – I need to see action.

Of course, we’ve been here before. When I was first elected as your MP in 2015, Govia Thameslink collapsed into crisis, more trains were delayed or cancelled than not.

People told me it was too big an issue for a backbench MP to influence but I refused to accept that and got stuck in.

This is different though because government are now making the problems worse. Sorting these problems out will be harder without a government that has real ambition to clean our environment, keep it clean and strive for even higher standards into the future. 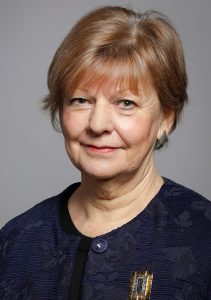 The House of Lords were due to be voting on these amendments again last night. I hope so much that many of them pass. It will mean they’ll come back to the Commons for us to debate and vote on again. My fingers are crossed.

Please share this information because if you or your friends live in area with an MP who opposed these measures before then please get in touch with them and respectfully make your views heard.

The government is under a lot of pressure over this issue so it’s really important your views are known by those making decisions.

Parliament votes on uncosted issues all the time. When we voted on Zero Net Carbon, that motion didn’t come with a price.

And of course there’s the most obvious policy of all … Brexit! It staggers me to see Brexit-supporting MPs going around saying they won’t vote for regulations that will stop raw sewage being poured into our public spaces because it’s uncosted when they peddled the biggest uncosted policy in peacetime history!

I’m working hard with my Labour and opposition colleagues on this. We’re in the endgame but the battle is not yet lost … and I’m not giving up!