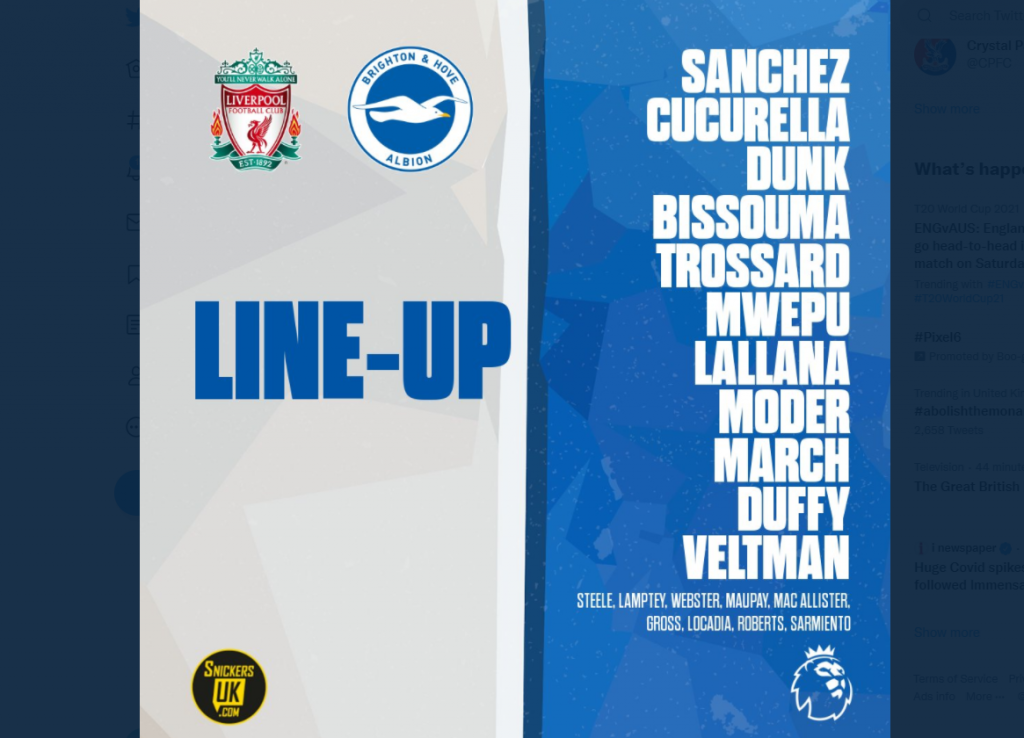 Albion will initially take on Liverpool without a recognised striker on the pitch, although Neal Maupay and Jurgen Locadia are on the bench.

And Yves Bissouma returns to the side alongside Solly March and Enock Mwepu to make up the remainder of a packed midfield.

Mind you, the Seagulls won on their last visit to Anfield.