The former Sussex captain and England cricket international Michael Yardy is to return to Hove to run the academy.

“The 40-year-old will take over from Richard Halsall who is departing after three years to pursue new opportunities.

“Mike returns to the 1st Central County Ground from Kent where he has been the club’s batting coach for the past two seasons.

“Prior to that, he performed the same role for Australian state side New South Wales and Big Bash League team Sydney Thunder.

“Mike began his coaching career at Hove, where he was the club’s 2nd XI/batting coach between 2017 and 2019. He worked as England Young Lions batting coach at the same time.

“That followed a 15-year playing career at Sussex, during which time Mike was a key figure in the most successful period in the men’s team’s history and was club captain from 2009 to 2012.

Yardy said: “It’s great to be coming back to Sussex, particularly in a role that is so crucial to the future of the club.

“My various roles in the time since I was last at the club have given me a wide range of perspectives which I believe will serve me well as I return to Hove.

“Top of my list of priorities is making sure our emerging young players are ready for professional cricket and can perform in the first team as quickly as possible after reaching that level.

“As well as the technical and tactical requirements, making sure they’ve got the mental approach and resilience they’ll need will be a big focus of mine and something we’ll be looking at throughout the pathway.

“There are some very good coaches throughout the pathway and they’ll play a big part in shaping our approach. 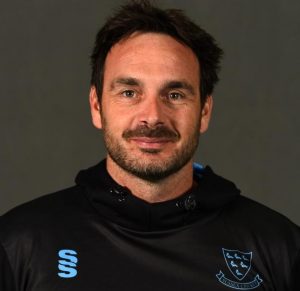 “Rich Halsall has done some excellent work over the last few years and we’ll be looking to build on that as we strive to make the Sussex pathway the best in cricket.

“If we can do that, then we’ll be producing cricketers that can not only win games and trophies for Sussex but also do the same for England.

“I’ve massively enjoyed my two seasons at Kent, which is a special club with a special group of players.

“I’ve made some great friends there and it was great to be part of their success last season, more of which I’m sure will follow.” 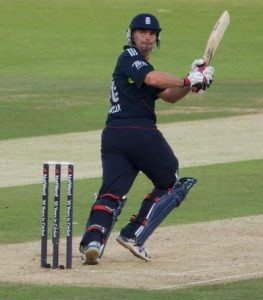 Michael Yardy at the crease

Sussex Cricket’s performance director Keith Greenfield said: “Everyone at the club is incredibly excited that Yards will be returning home to Sussex Cricket.

“We couldn’t wish for a better person to be leading the development of the young Sussex players of the future.

“The different cricket experiences and knowledge he has gained will be invaluable to the players he will work with.

“In particular, Mike’s psychology degree will enable him to develop the mental skills of players, which are so vital in the modern game.

“I can’t wait to resume my working relationship with Yards as we work towards giving Sussex the best talent production line in cricket.

“Mike will also work closely with Phil Hudson, who will now be responsible for managing our boys’ pathway programme from U10 to U16 level to enable Mike to focus on our overall talent development strategy and pay special attention to our academy players.”

The club added: “Everyone at Sussex Cricket would like to thank Richard Halsall for his excellent work over the past three years and wishes him the very best for the future.”