Neighbours fear their road is being used as a dumping ground for cars by people without parking permits.

Their fears have been prompted by an increase in drivers leaving vehicles on both sides on Davey Drive, in Hollingdean, in recent weeks, causing problems for buses on the number 50 route.

People living in the Davey Drive and Horton Road area have complained of smashed wing mirrors, limited visibility for children walking to school and lack of parking near their homes.

It is only recently that parking has become common on both sides of Davey Drive and neighbours have taken to social media to demand double-yellow lines or parking restrictions.

They appear to prefer a “light touch” scheme, with restrictions in place for an hour twice a day, to prevent people from leaving their vehicles for days or even weeks.

Labour councillor Theresa Fowler, who represents Hollingdean and Stanmer ward, said that the extra cars may be the result of displacement from a new controlled parking zone in Surrenden Road.

She has taken up the issue with Brighton and Hove City Council’s highways and parking teams – and her family have experienced the problem first hand.

Her husband was on a bus that could not get up Davey Drive because parked cars blocked the way.

She is trying to push for action before a parking scheme consultation planned for February.

Councillor Fowler said: “The parking has only got worse recently. There are several reasons for it getting bad recently and that has to do with Hollingdean being advertised as a free car park.

“So it could be that people who used to park in Surrenden and Coombe Road are now using Hollingdean.

“There are also reports of someone parking a work van overnight and at weekends and then getting into a car.

“So this is also possibly related to the increase in having a second car or van and so, rather than paying for two permits, they are using Hollingdean to park for free.

“I believe things are getting dangerous all over Hollingdean as cars are now parking dangerously on every corner at Hollingbury Rise as well.”

Council officials told Councillor Fowler that they could not take action against people parking on the verges.

And any future double yellow lines would have to go through a three-week consultation process but officials appeared to wait for the controlled parking zone consultation in February. 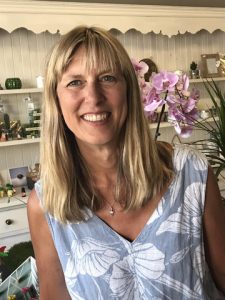 Horton Road and Hollingdean Road are listed on the Road Trip Heroes website and app, alerting drivers to free parking in Brighton and Hove.

One of the people directly affected is Davey Drive resident Sam Burgess who said that she struggled to park her van near her home now more cars were in the area.

She said: “I have one van which I can never find a space for. I’ve watched loads of buses get stuck at the bottom, even with bus drivers having to get off and direct other traffic to get out of the way.

“Surely, while we wait for the consultation in February, the council can paint double yellows on that side? They did it on the corner of Horton Road (and) Davey Drive to stop people parking there.”