How our council can spruce up Brighton for the Platinum Jubilee

With the Queen’s Platinum Jubilee this year, many residents would like to see an effort made by Brighton and Hove City Council to present our city in a better light. 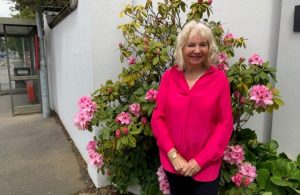 We are a city with an iconic royal palace and a royal history and the Conservatives would like to see the council focus its attention on making the Jubilee year a memorable occasion for everyone living here.

There are so many ways the council can act to get the city in shape for the Platinum Jubilee. Here are four suggestions that Conservative councillors have made and have been working on.

1 Bring back City in Bloom – I have recently presented my petition on behalf of residents calling on the council to bring back an annual City in Bloom competition for this summer.

The Conservative group strongly believes that this would be a way to restore civic pride and provide a boost post-pandemic and bring back some colour to the city.

We also think the absence of this event puts us at a disadvantage to other seaside towns in Sussex and throughout the country which embrace summer displays.

The city used to have an annual City in Bloom event but over the past decade the council has slowly withdrawn its support for it until it folded in 2020.

Unfortunately, in 2011 the Green council, with the support of Labour, voted to fold the City in Bloom event but eventually agreed a one off payment to the City in Bloom volunteers of £25,000, who ran the annual event for eight years.

These volunteers deserve credit for trying to make this work, particularly the chair Denise Taylor.  However, in 2020 the committee reluctantly decided to cease operation, having no resources left and little help from the council.

We believe that a small annual budget and a limited amount of council help would enable the event to carry on and that it should come back in time for the Jubilee summer to provide a boost to the city.

My petition is due to be considered by the council’s Environment, Transport and Sustainability Committee today (Tuesday 18 January).

The spectacular Victoria Fountain, built in 1846 with its iconic dolphins, used to be a centre point and symbol of Brighton and a reflection of a place that took pride in its appearance and welcomed visitors.

There also used to be beautifully planted gardens and fencing that were maintained all year round to welcome visitors.

However, this feature has now been switched off for two years, with work to fix it not scheduled by the council until winter/spring 2023.

What was once Brighton’s pride and joy, has fallen into disrepair, becoming overgrown with weeds, covered in graffiti, and the Old Steine Gardens in which it is situated allowed to decay.

It was so sad to hear that the fountain’s iconic dolphin sculptures had been removed and left unattended by the council in a field.

The Conservatives would like to see the fountain repaired for the Jubilee summer as a priority and some planting to occur around it, to bring back Brighton’s focal point and sense of pride.

The council should take a look at some of the pictures from the past to see how well-maintained this area used to be.

3 Light up our historic beacons – In the west of the city, our Conservative Wish Ward councillors have been working on celebrating the Jubilee with a modern twist, putting forward a fantastic project to have the Hove Beacon re-lit through an innovative LED lighting system.

Thanks to the work of Conservative councillors Garry Peltzer Dunn and Robert Nemeth at last year’s City Budget, £15,000 was secured for this project, and local lighting designer Eleni Shiarlis has been appointed to deliver the LED project in time for the Jubilee.

Beacon-lighting is a traditional part of Jubilee celebrations, with Brighton and Hove participating in lighting events at Rottingdean, Norfolk Groyne and Hove Beacon in 2012.

The Hove Beacon, which was originally erected to alert people to the invading Spanish Armada in the 16th century, had a replica installed in 1988.

This year the innovative LED lighting design will allow it to glow orange not only for Jubilee night but for every night in the future, breathing new life into this landmark.

4 Start restoring Madeira Terraces – The Conservatives would like to see the council mark the Jubilee year by making it one where we embrace our heritage and in particular start now on the restoration of Madeira Terraces.

The money is there: £9.15 million was secured in the council’s budget through the work of Conservative councillor Joe Miller – enough money to restore 80 arches.

This project is ready to go but is just waiting for the council to decide to press the start button. I can’t understand why the council has yet to make a start.

What a boost for the city it would be to see our fantastic Madeira Terraces come back to life and what better time to start than a Jubilee year.

Let’s focus on the Queen’s Platinum Jubilee in our city to make a long-lasting difference in Brighton and Hove in the years ahead.

Councillor Carol Theobald is a Conservative councillor for Patcham ward on Brighton and Hove City Council and president of the Patcham Horticultural Society.