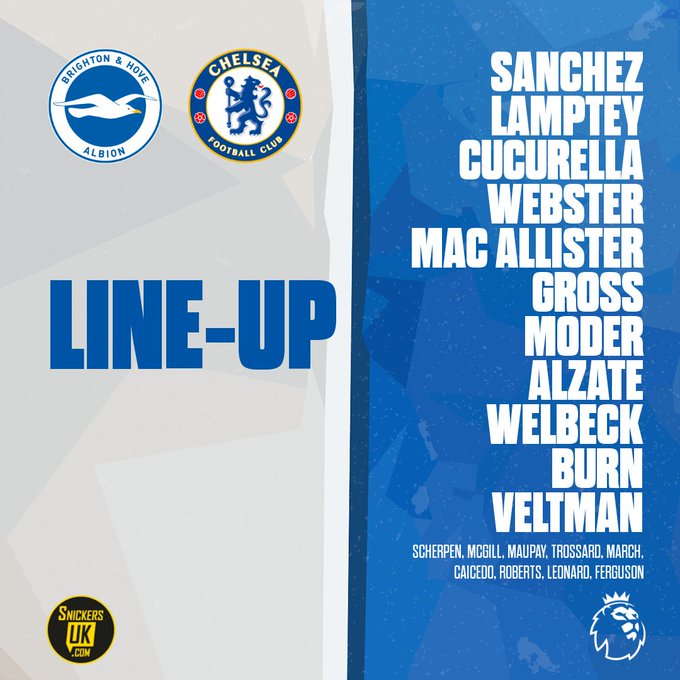 Premier League Match Day 24 has been brought forward to allow Chelsea to compete in the World Club Championship next month.

Danny Welbeck starts for the Seagulls as does the former Chelsea prospect Tariq Lamptey.

Welbeck’s late header rescued a point for Brighton at Stamford Bridge last month although Chelsea fans might consider their side lucky not to have been beaten.

Albion have named two goalkeepers on the bench in Kjell Scherpen and young Tom McGill.

The match is due to kick off at 8pm.