Neighbours fear that a new Turkish restaurant planning to open in Brighton will ruin a “perfect pocket park”.

They are worried about anti-social behaviour linked to takeaway sales – especially sales of alcoholic drinks – as well issues with delivery drivers and riders.

The manager said that the premises, on the corner of Western Road and Norfolk Square, Brighton, would not be a fast-food takeaway although it plans to work with a delivery company.

At the moment, building work is still under way as Bulent Ekinci, 47, owner of the Meeting Place café on Hove seafront, converts the former Cubitt and West estate agent’s office.

Mr Ekinci applied for a licence to sell alcohol from 11am to 11.30pm daily and for a late-night refreshment licence, allowing him to sell food and soft drink until midnight.

But Juliette Hunting, who chairs the Landsdowne Area Residents’ Association, said that granting the premises a licence could put the area’s revival at risk.

She said that Norfolk Square was in the council’s “cumulative impact area” where the council’s licensing policy was aimed at restricting the number of new premises selling alcohol.

This was intended to try to curb drink-related crime, disorder and anti-social behaviour.

Norfolk Square had experienced a renaissance, she said, after the efforts of police in tackling anti-social behaviour and residents working to improve the gardens.

In the decades since Ms Hunting had moved into the area, she had seen the square go from a “dump” where neighbours called police daily to deal with street drinkers to a “perfect pocket park”.

She said: “It really will destroy that little area of Norfolk Square which is an oasis in the whole area.

“There must have been millions spent by the police against anti-social behaviour to bring back Norfolk Square to a happy place.”

Sussex Police did not object to the licence application but sought conditions to ensure that alcohol was served only by waiters to people seated at a table eating a meal. 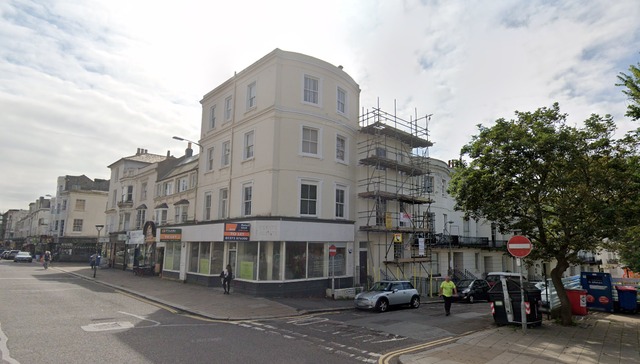 Last week Mr Ekinci applied to remove a planning condition preventing the premises from being used for a food delivery service and restricting takeaways to walk-in customers only.

Ms Hunting said that delivery people waiting outside takeaways were causing problems in the area.

Ufuk Yapici, who will manage the business, said that he planned to use a delivery company, with drivers coming as the food was ready, not when the order was placed.

He said: “We would ensure to the best of our ability that no bikes are parked up idly and no cars are blocking on double yellow lines causing a danger.

“They will only turn up when the food is ready to be handed over.”

Mr Yapici said that he wanted to keep Norfolk Square beautiful and he would go out himself to check for litter from the business.

The licensing panel retired to reach its verdict and said that it would make its decision public within five working days.