Wife Swap USA play another corker of a gig 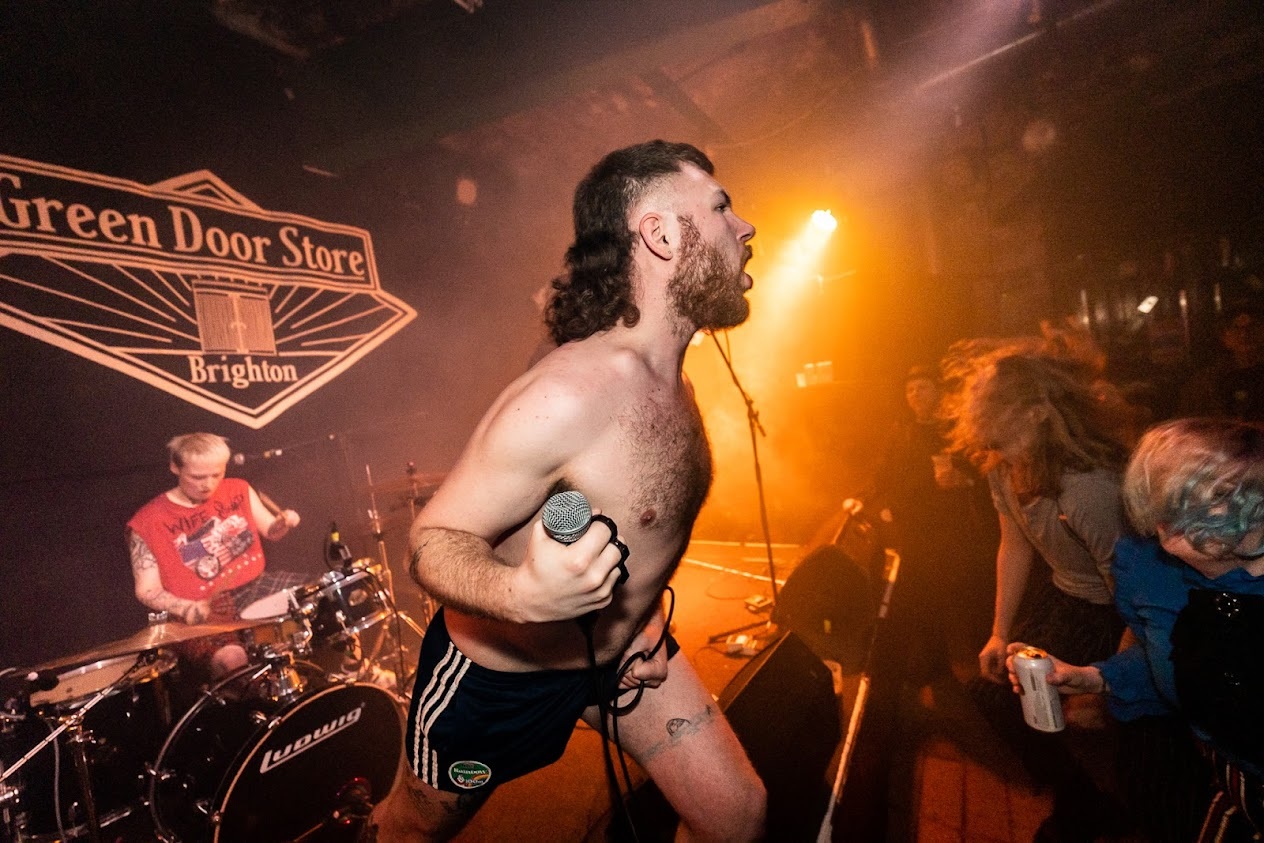 Finally, Wife Swap USA get to headline the Green Door Store, and it’s certainly not before time. We’ve been covering WSUSA since the start, and they’ve blown us away on more than one occasion with their wild and crazy shows across various venues in Brighton. 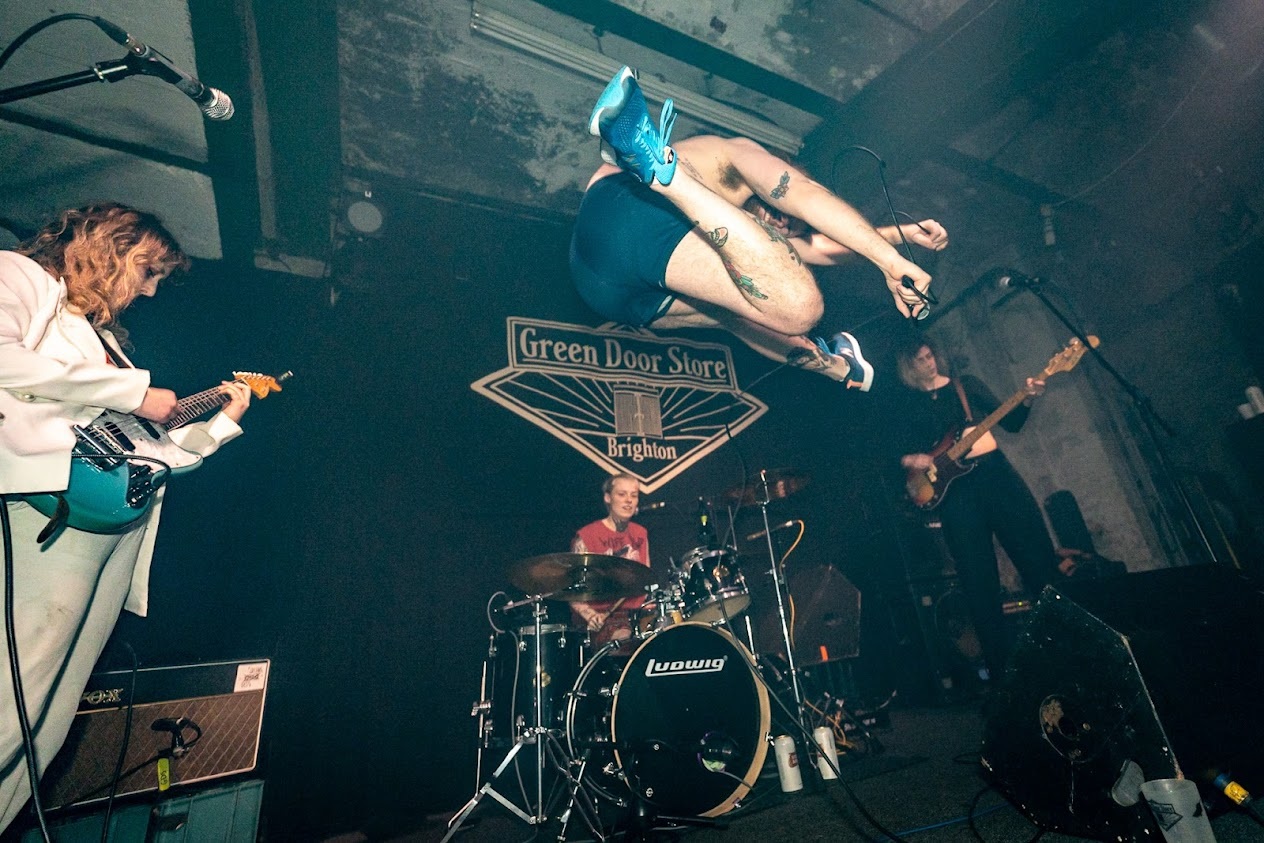 Frontman Harry Saunders, tonight as always, is bare-chested and ‘shorted’ up, and to an inaudible 1-2-3-4, we are off and straight into ‘Sniffin’ USA’, the first of a nine-song set of power punk rock tunes, and the ever-faithful WSUSA crowd go nuts for it. 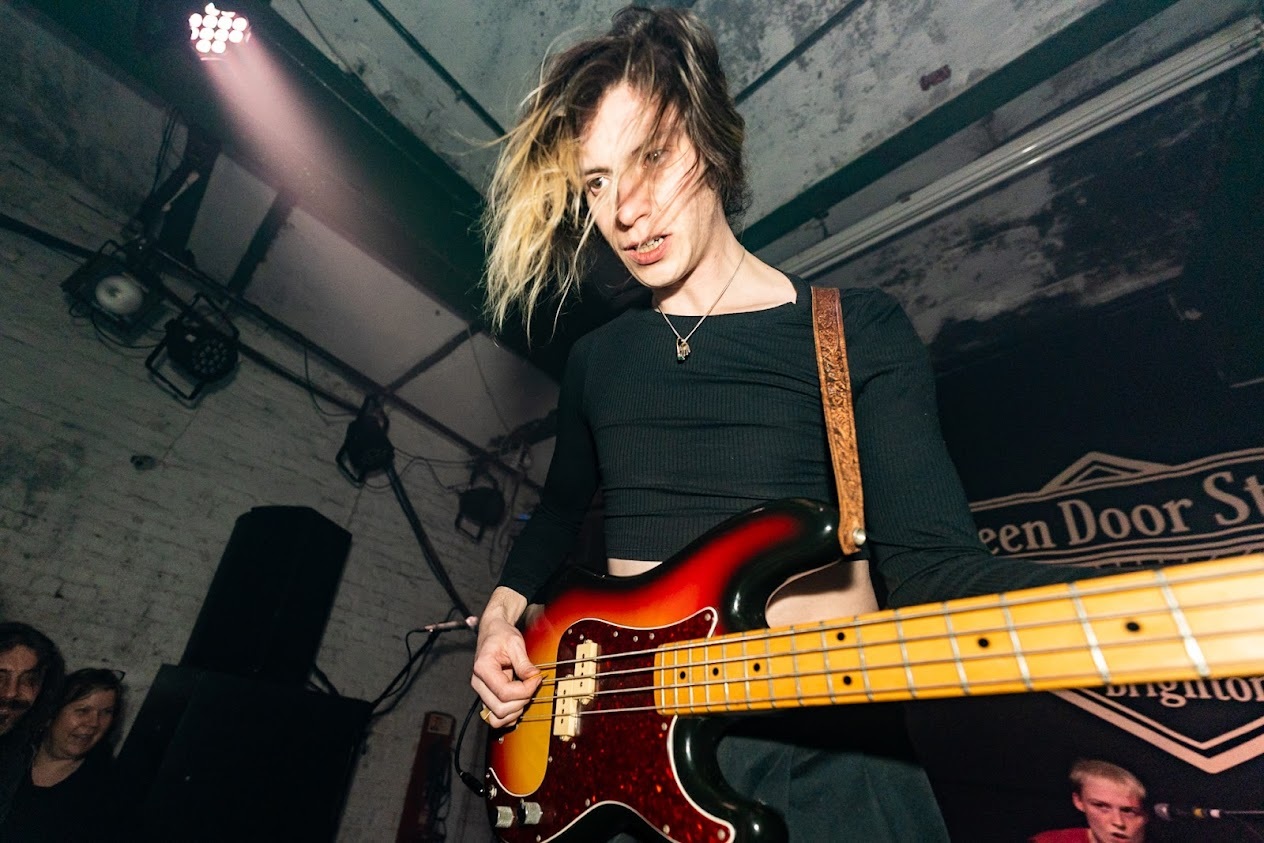 There’s been a change in the ranks again in the band. Lily has now exited the stage on bass and replaced by Jane, who previously played the guitar. The keyboards are dropped in favour of Phoebe Lunny concentrating entirely on guitar, and Catt is still at the back holding the whole thing together. 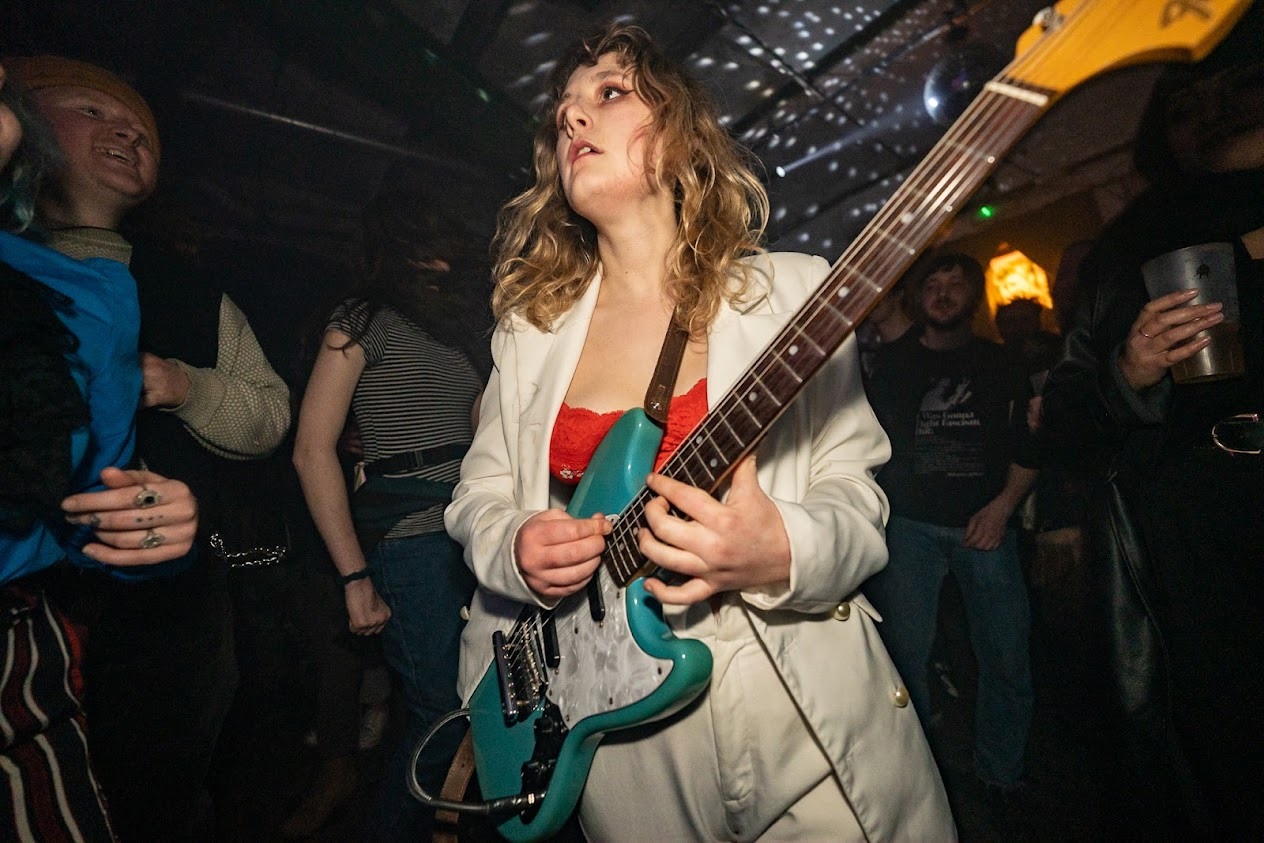 Oh, and there’s still no sign of the Cowboy. Apparently according to Phoebe, he’s skiing in Spain or somewhere and having the time of his life. So that brings us down to a solid four-piece. Does it Work? It sure does. The songs feel tighter, with more urgent blasts of punk rock spat from the stage like the glorious ‘Snowstorm’ (it’s about cocaine), a slow builder with a thumping chorus or the crowd favourite ‘Too Sad To W*nk’, which needs no introduction or explanation. 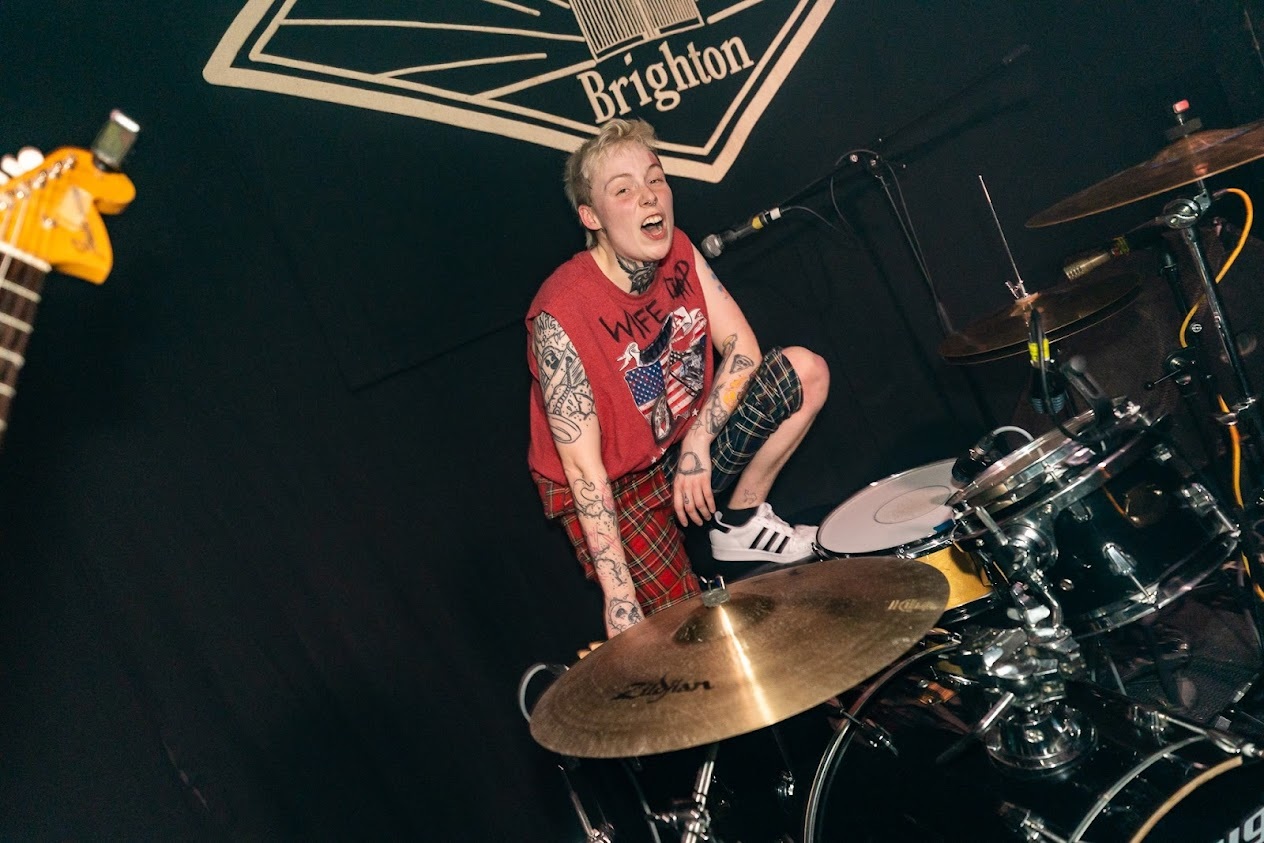 Harry spends very little time on stage, preferring to spend it in the throngs of the crowd running the length of the venue and even out into the bar. I think tonight is the first time I’ve seen Phoebe manage to keep her clothes on for a whole set and stay smartly dressed in a white two-piece suit. Jane takes well to the role of the bass player, and Catt’s drumming is tight as a gnats behind. They leave the best for last and plough through ‘I Don’t Want To Work In A Bar No More’ with plenty of crowd participation. 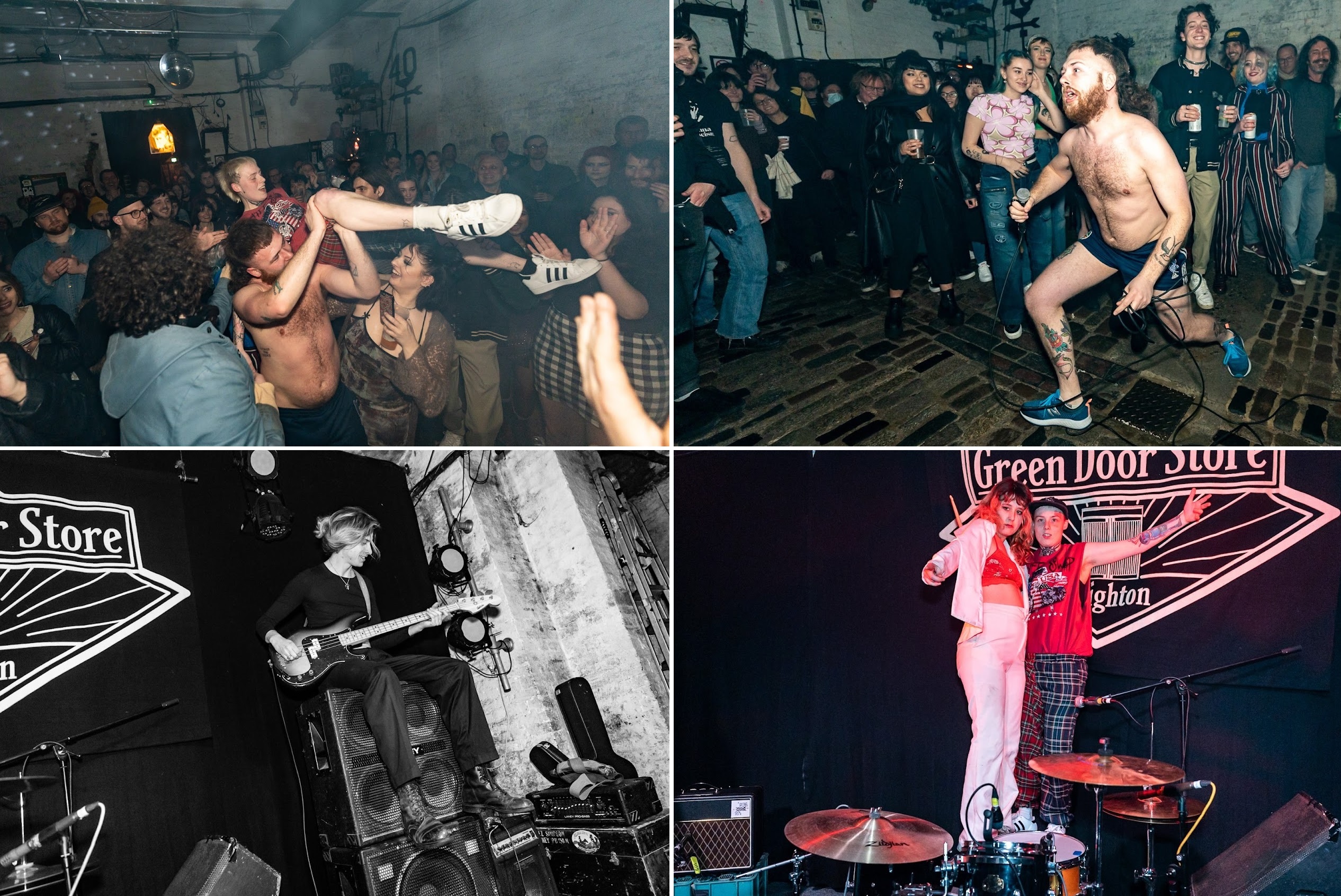 There’s no encore; even though the punters shout for it, we are left wanting more. WSUSA show that even down to the four members and far fewer stage antics, they can still knock out a belting punk rock show that puts a smile on everyone’s sweaty faces and a ringing in their ears. 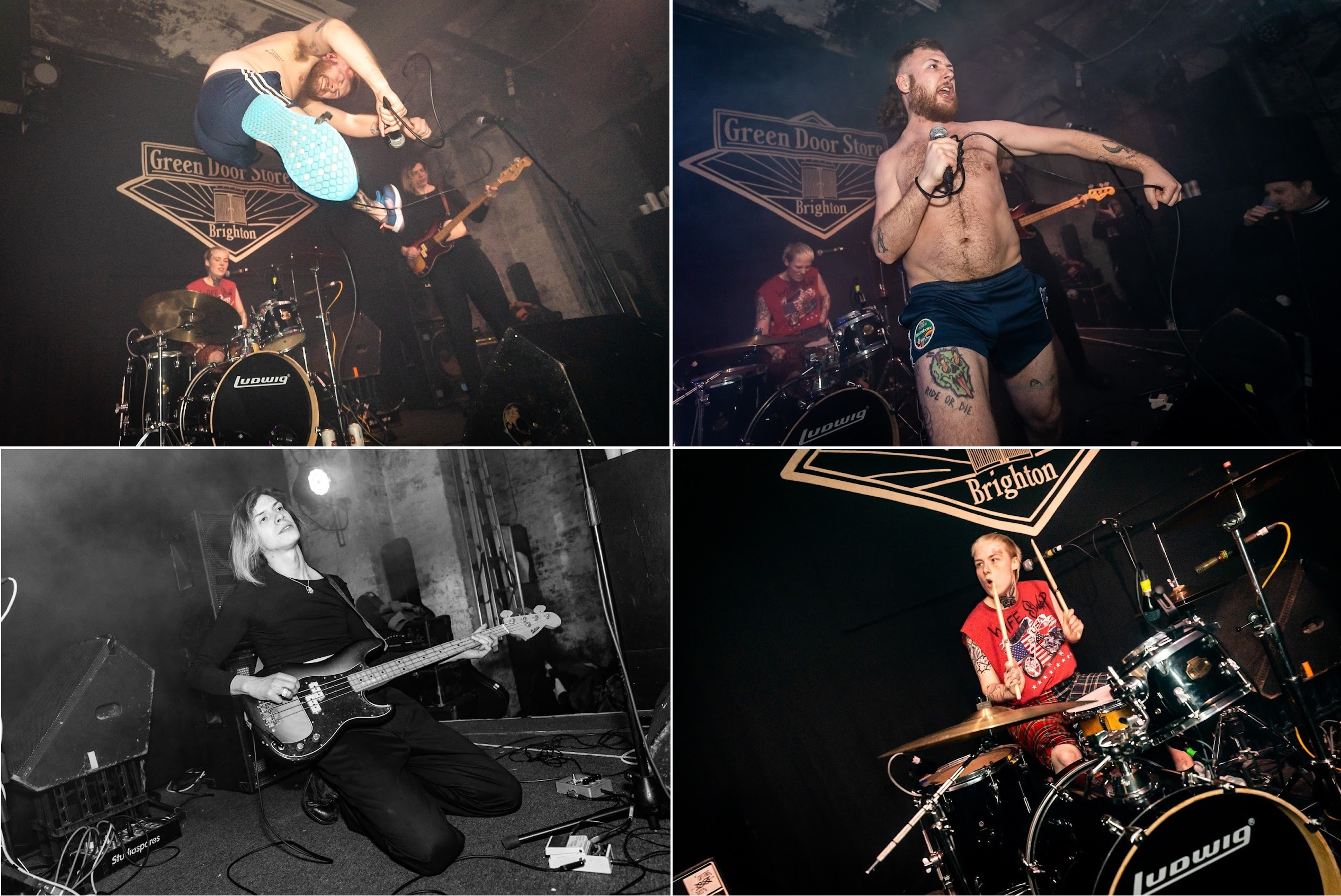 This evening has yet again been a memorable night in the company of WSUSA, and I’m just thinking how well they’d go down at this year’s Great Escape Festival and about time they were added to the bill. 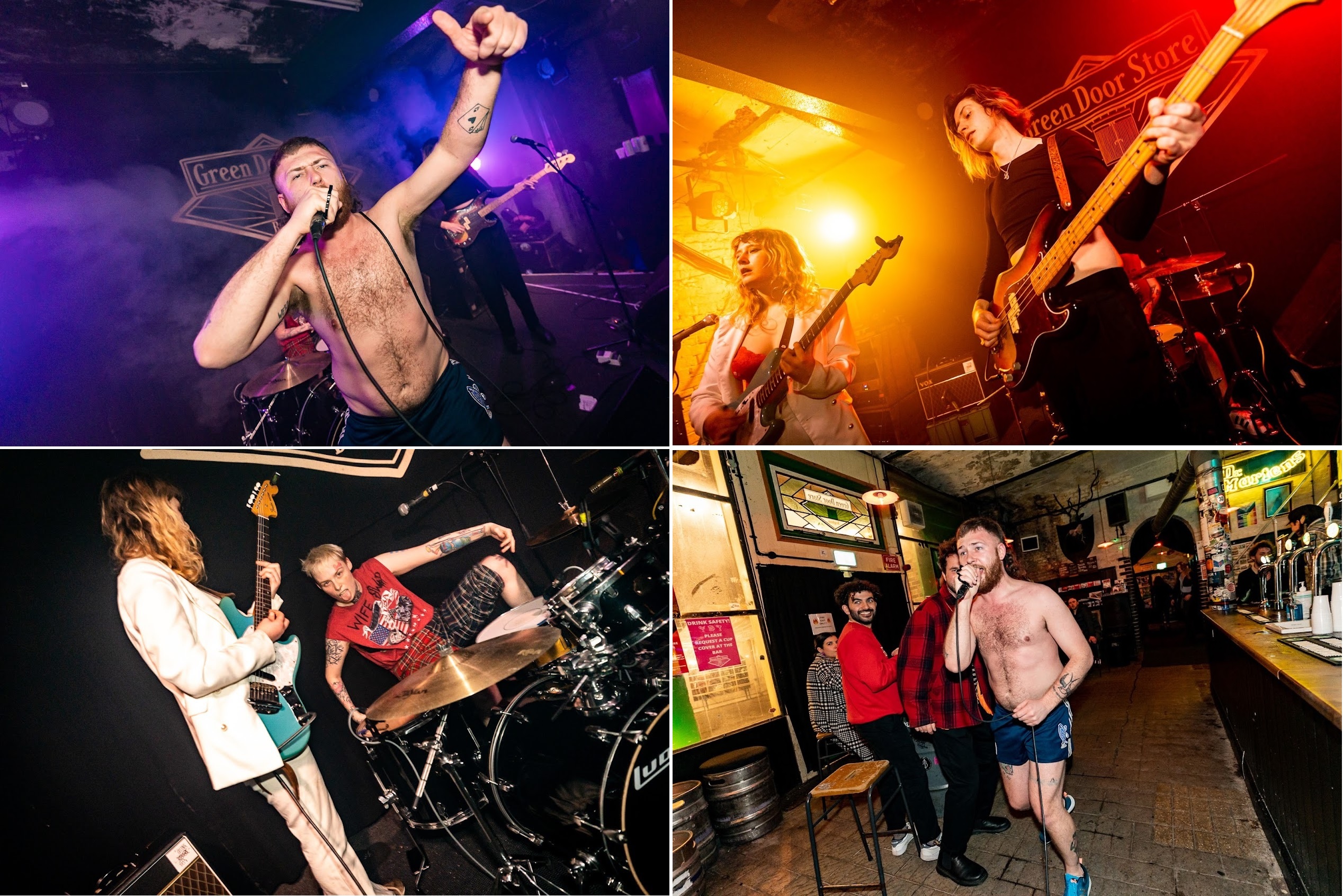 Wife Swap USA setlist:
‘Sniffin USA’
‘Snowstorm’
‘You’ve Been At The Bins’
‘Punk Rock Band’
‘I Lost My Virginity’
‘Too Sad To W*nk’
‘Lipstick’
‘I Don’t Wanna Work In A Bar Anymore’ 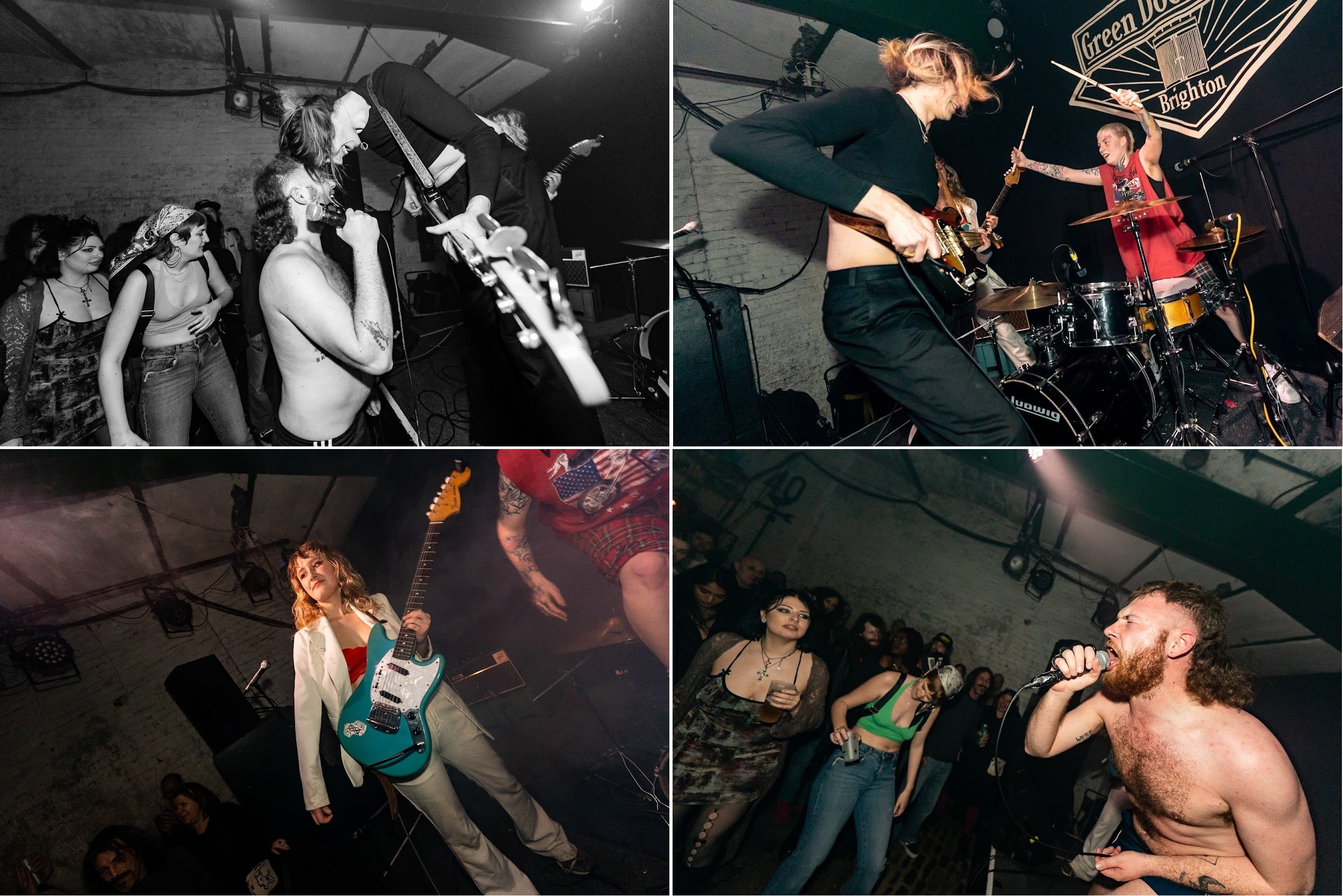 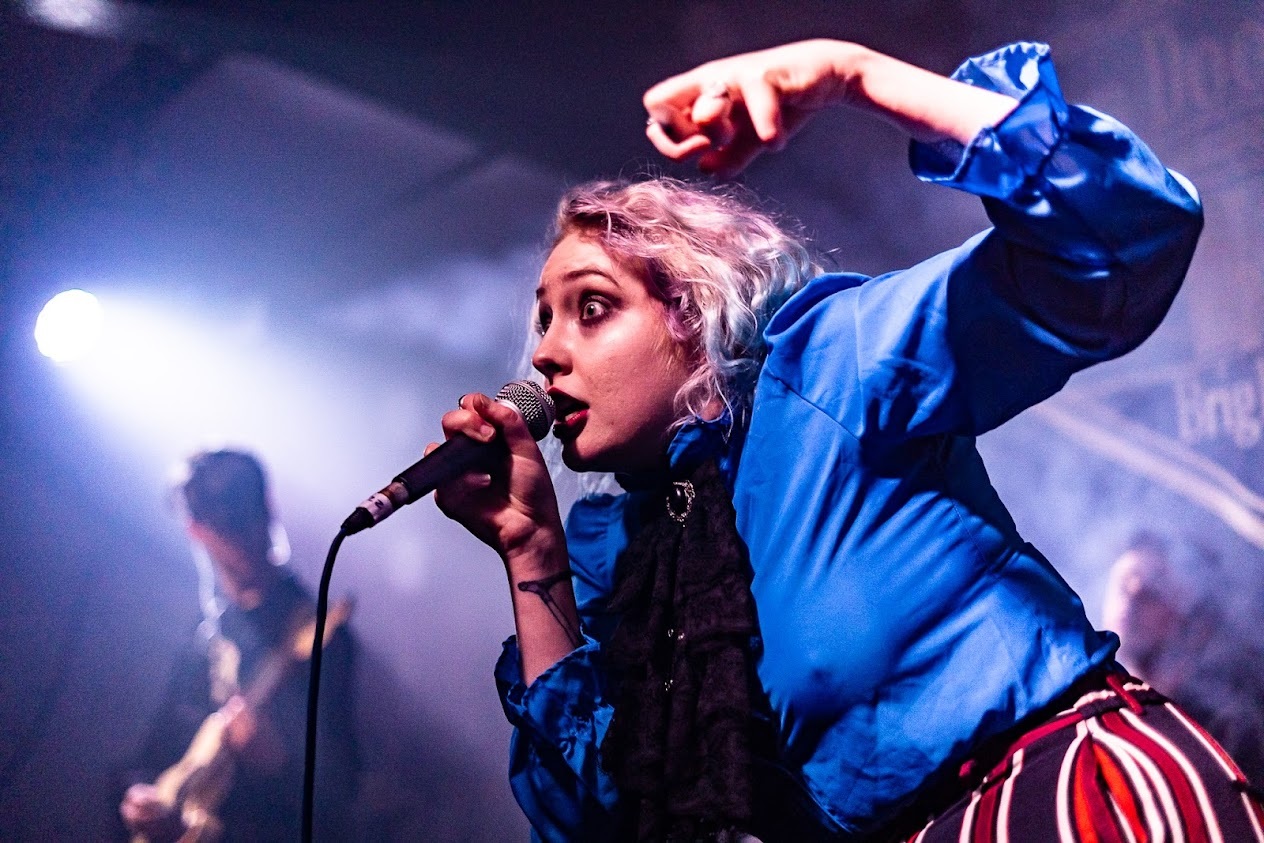 Kicking off the evening is Ahsoka, a Brighton alt-rock three-piece comprising of Rhiannon (vocals), Tommy (drums) and Alex (guitar). I caught them last month supporting Hangman at The Hope And Ruin and loved their set, and I’m just as impressed this time around. 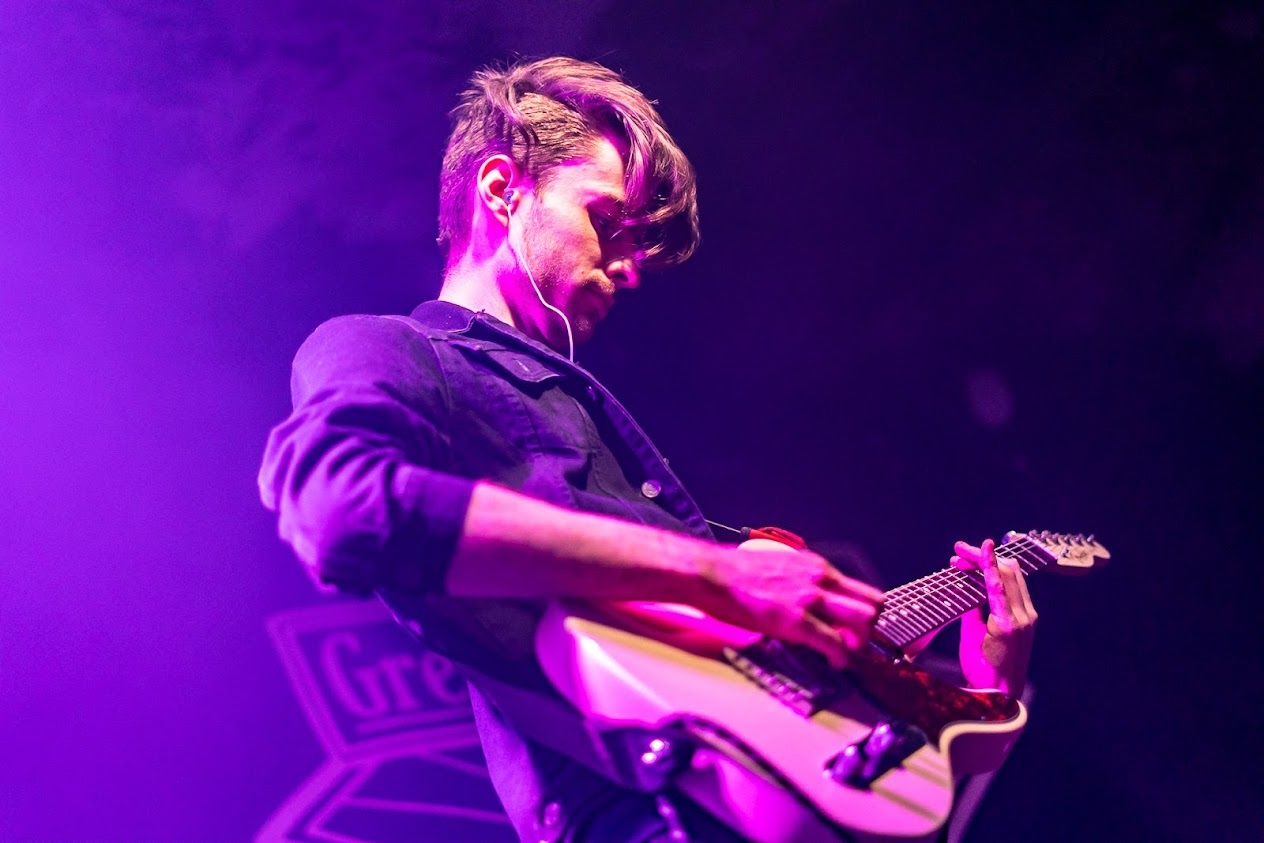 Vocalist Rhiannon is dressed in a rather fetching two-piece colourful striped suit which I thought may restrict her movement, but I was wrong as she high kicked and jumped her way through a heavy yet melodic set with just enough tempo changes to keep things interesting. 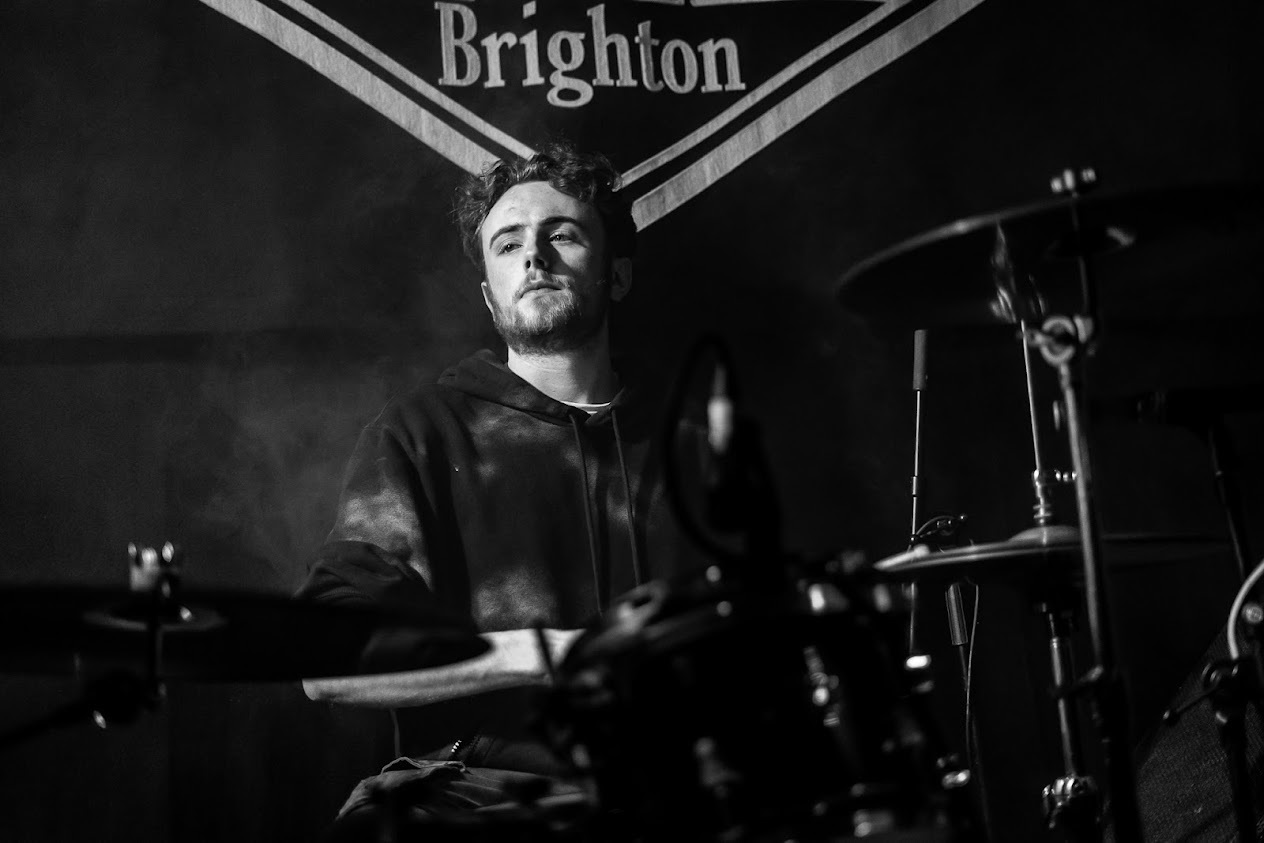 Rhiannon is truly blessed with a fantastic set of pipes, with the vocals ranging from sweet whispers to all-out screams. They may be without a bassist, but the sound is bass-heavy, especially on opener ‘Creature Of The Deep’, so I can only imagine effects on the guitarist’s pedalboard do this. 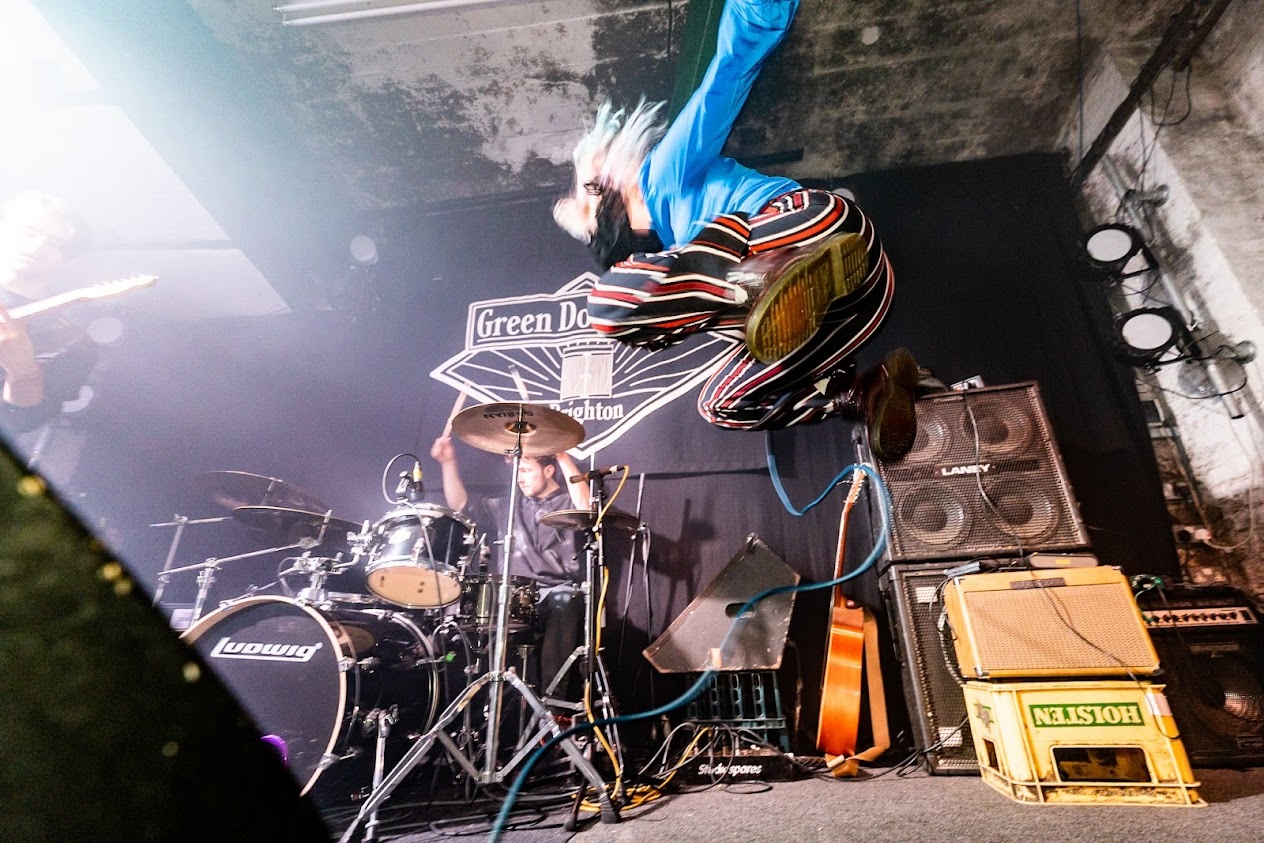 My highlight of the set was the beautiful ‘Leave’ which showcased Rhiannon’s vocals and the band’s depth, bringing to mind a riff-heavy Radiohead. Go check them out when you get the chance. 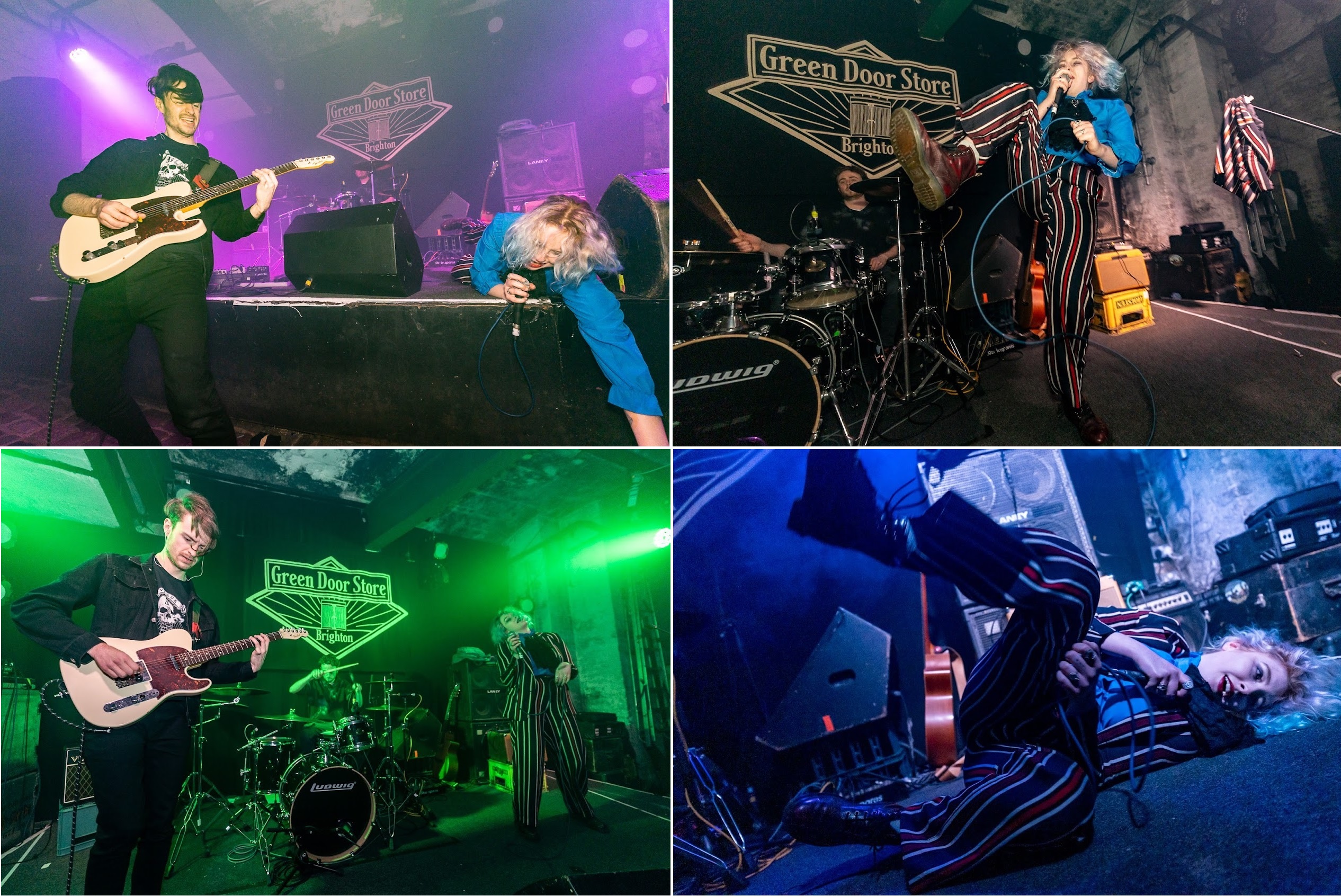 Ahsoka setlist:
‘Creature Of The Deep’
‘Be Sincere Or Nevermind’
‘Cling’
‘Oh Well’
‘Leave’
‘Beg For It’
‘Make Your Way To Me’

Find out more about Ahsoka HERE. 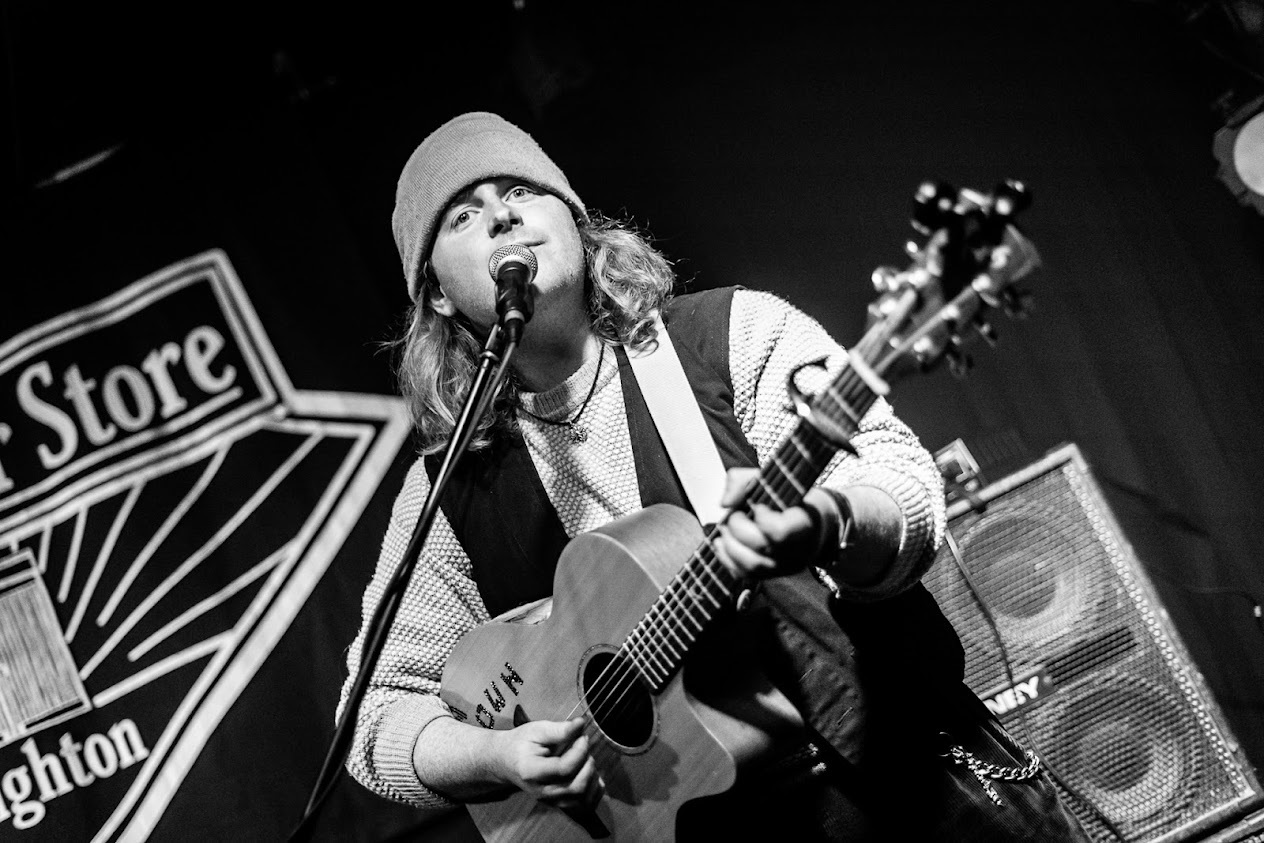 Anna’s Bones were due up next, but due to the drummer testing positive for covid, it’s down to band member Ben Brown to entertain the crowd solo for half an hour, armed with just an acoustic guitar and his voice.

It’s undoubtedly not alt-rock, and a lot closer to alt-folk, but goes down surprisingly well and has the venue well and truly full for the set’s climax. Ben is best known to me as the singer-guitarist of nine-piece Dinghus Khan, who thoroughly entertained us with a banging and boisterous set downstairs at The Hope And Ruin just before the lockdowns kicked in. 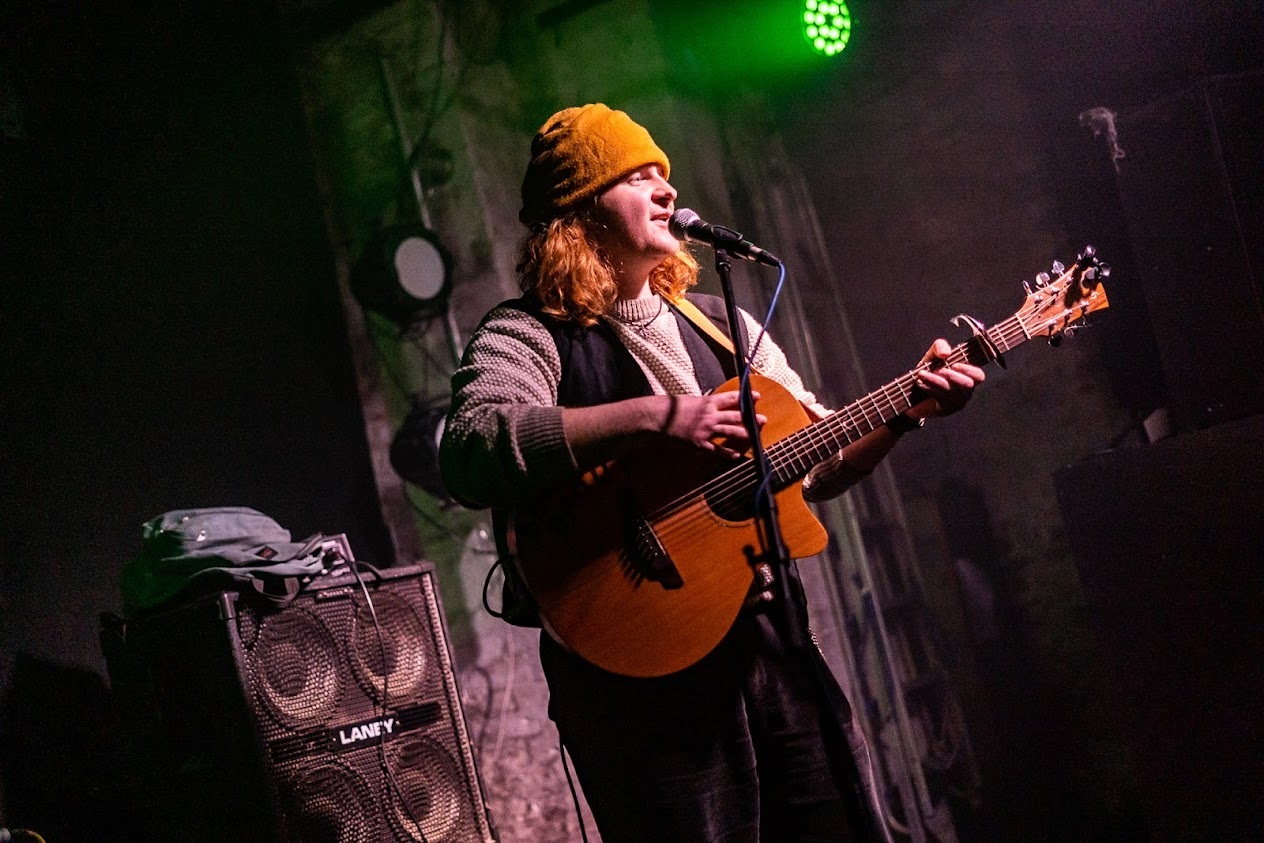 Highlights were the Dingus Khan cover ‘Made A List’ with its whistley melody and coming across like Pete Doherty and closer ‘All Right! All Night!’ which gets the addition of a drum machine to broaden its sound. Not my usual fare but perfectly enjoyable. 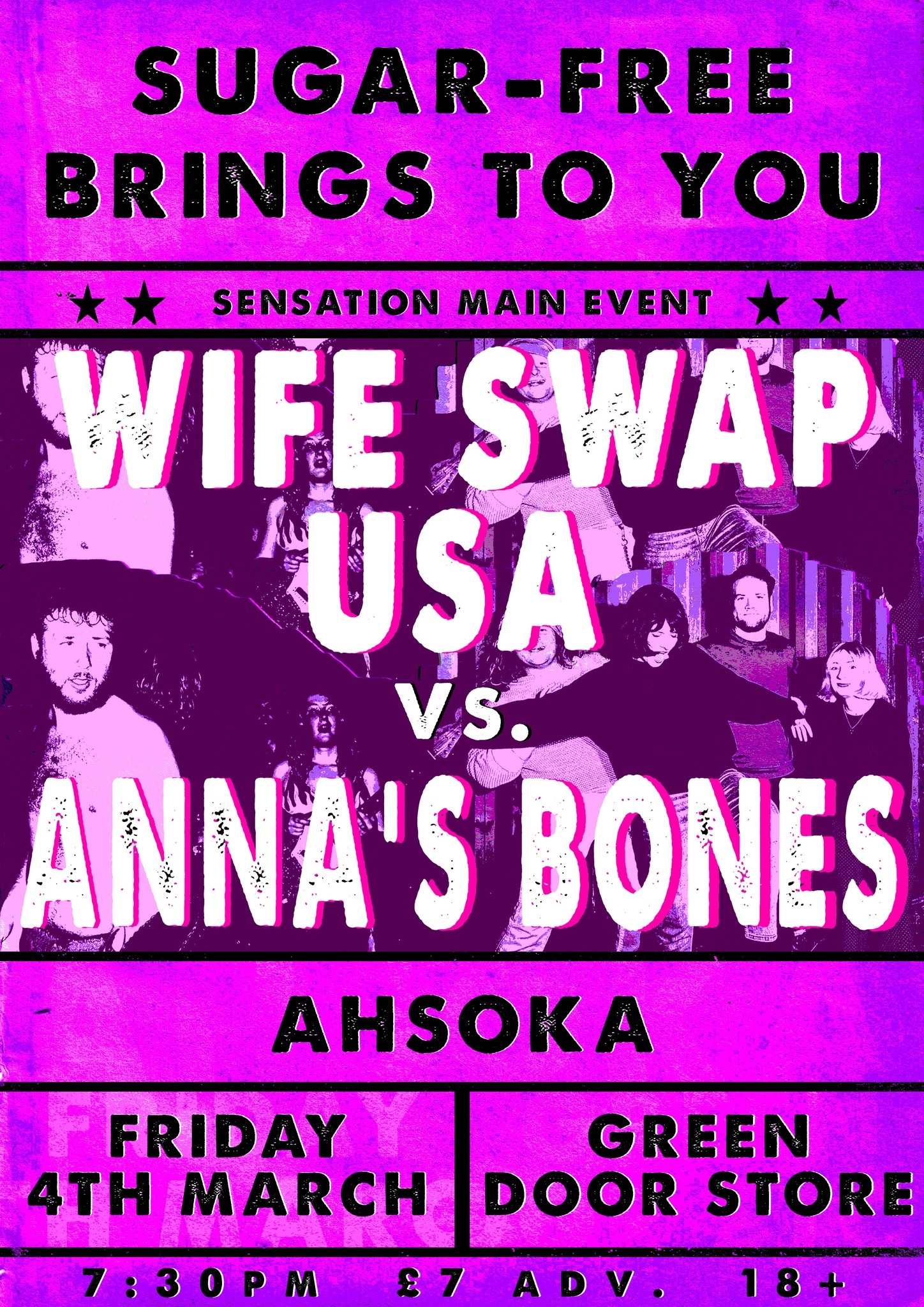 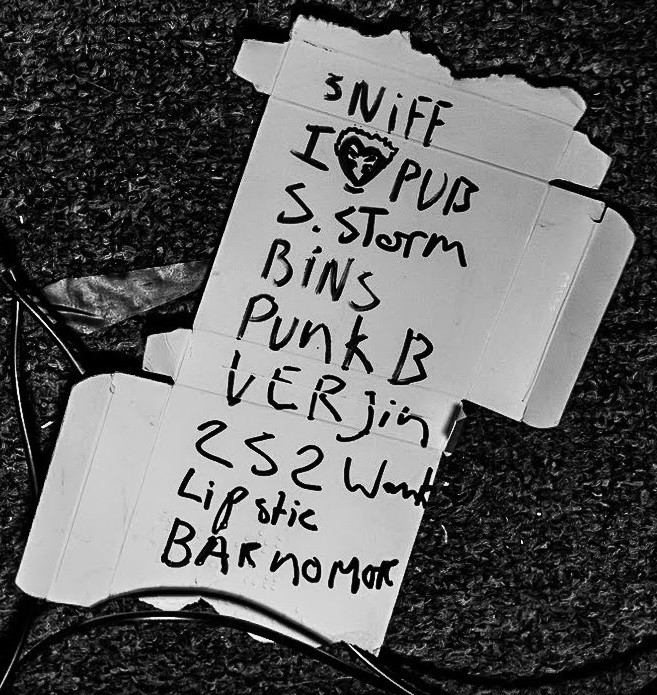 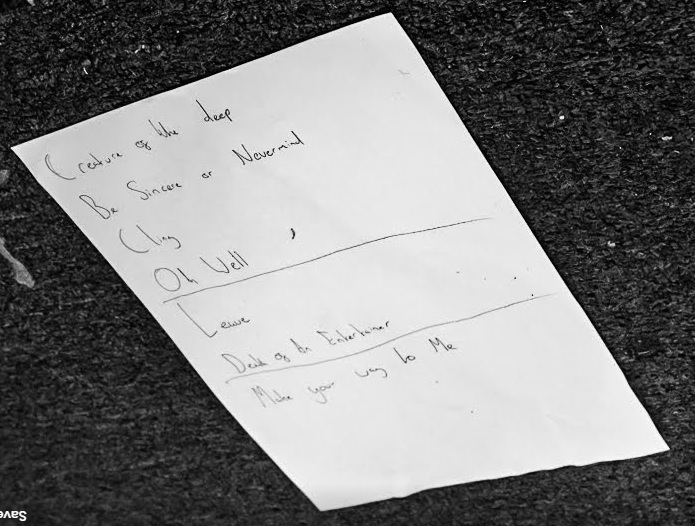