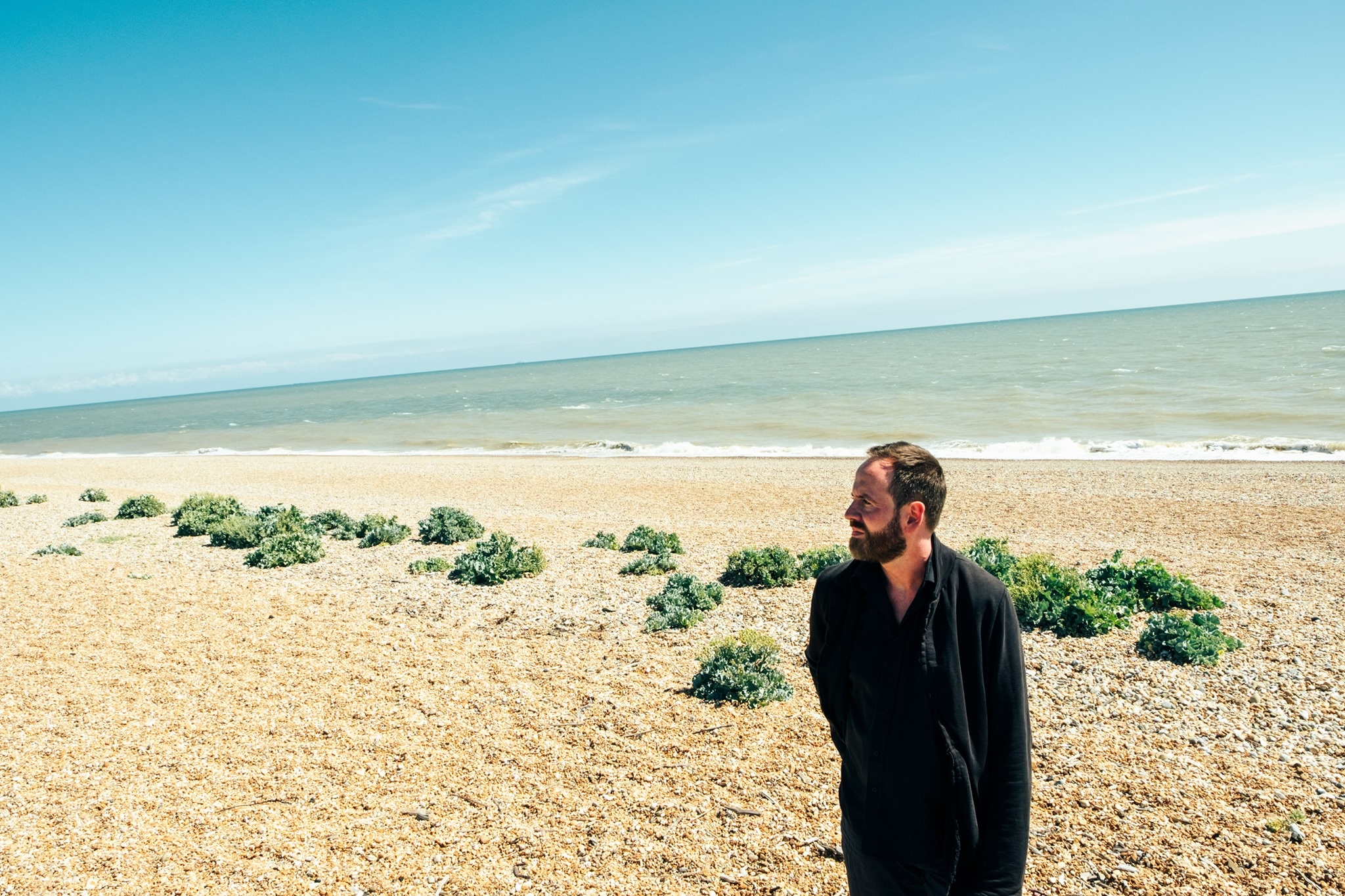 Three years ago the Brighton & Hove News Music Team reported on happenings at a rather unusual Brighton concert venue – St. Luke’s Church. The imposing building occupies a large corner site on Queen’s Park Road and it was designed in the 1880’s by Sir Arthur Blomfield in the Early English style. It has been given listed building status because of its architectural importance. 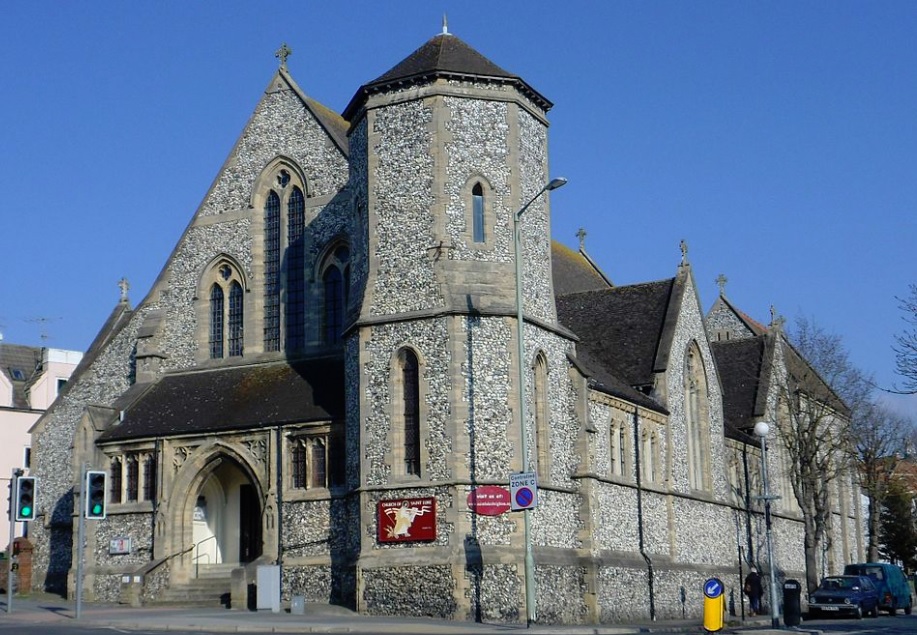 German electronic music composer Ulrich Schnauss was performing a concert inside the Queens Park Road, Brighton, BN2 9ZB church and it is still to date the only time we have witnessed a concert within the walls of the iconic building that was consecrated on 16th April 1885. Read our report HERE.

Hopefully reading our review has whetted your appetite? Good, then you will be very pleased to hear that Ulrich Schnauss is making a welcome return to this perfect ambient setting on Friday 25th March, courtesy of local promoters Melting Vinyl. Support will come from Richard Norris and BUNKR, plus there will be amazing visuals from the Innerstrings team. There will also be bar facilities on the night. 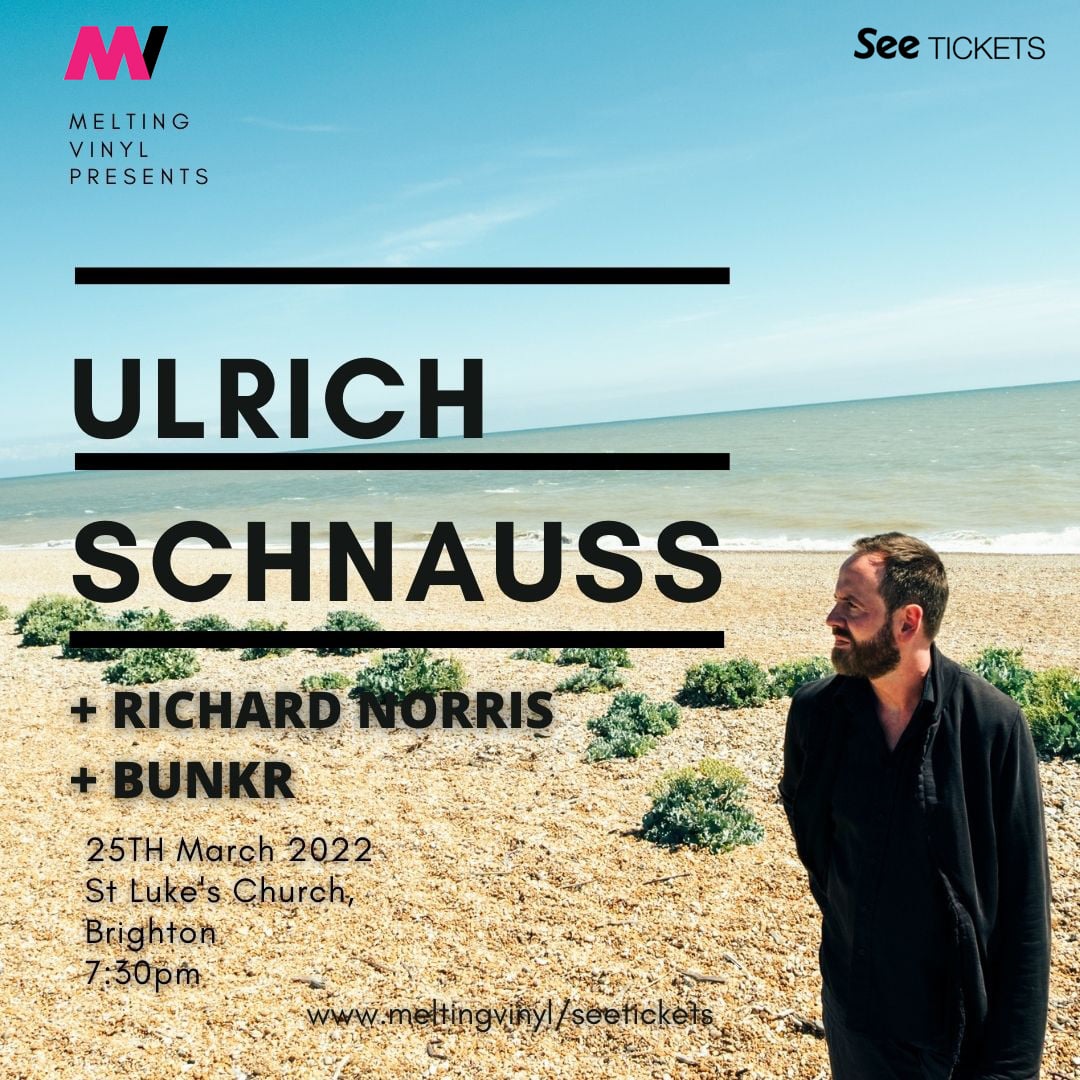 Further reading on the artists: 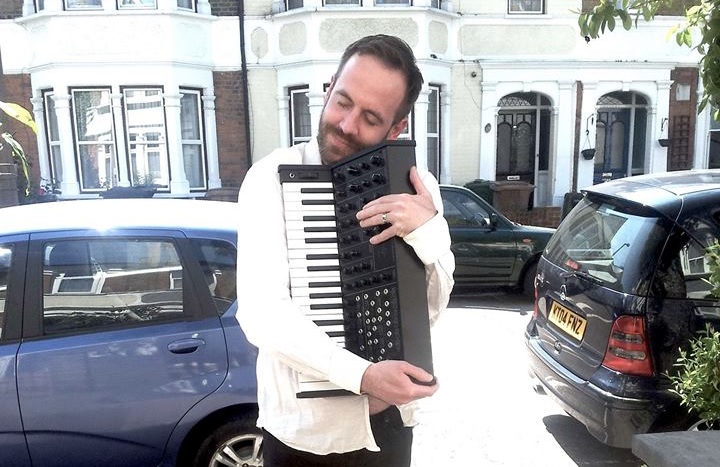 Born in the northern German seaport of Kiel, Schnauss’ musical output began under the pseudonyms of View to the Future and Ethereal 77.

His first album ‘Far Away Trains Passing By’ was released in Europe in 2001 on Berlin based CCO (city centre officer) This was quickly followed in 2003 with ‘A Strangely Isolated Place‘ on the same label and prompted performance and remixing work for Schnauss with artists including port-royal, Mojave 3, Airiel, A Shoreline Dream, Asobi Seksu, Televise, Longview, Johannes Schmoelling, The Zephyrs, Lunz (Roedelius), and others.

Further releases include amongst others EP’s ‘Quicksand Memory‘ (2007) and ‘Stars’ (2008), albums ‘A Long Way To Fall’ and ‘No Further Ahead Than Today’ on PIAS records

He also plays keyboards for UK indie band Longview and has been a member of legendary Tangerine Dream since 2014.

After an 18 month absence, Schnauss latest release is a career spanning collection of his work to date, with his entire back catalogue remastered and released on his own Scripted Realities label.

“Music that touches the soul of the listener in a profound way.” – Louder Than War

You can find more info on Schnauss at www.ulrich-schnauss.com 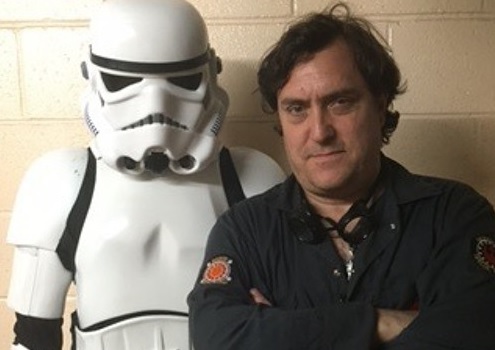 He started in music at a young age, playing in post punk bands and releasing seven inch singles that got the attention of John Peel at the BBC. He then worked as label manager for psychedelic reissue label Bam Caruso, before co-producing one of the earliest UK acid house compilations, Jack The Tab, in 1987. This led to a deal with Warners as the Grid, his partnership with Soft Cell’s Dave Ball. The Grid enjoyed a run of successful albums and ten UK hit singles, including the million selling ‘Swamp Thing’. The Grid also produced and remixed many artists, including Brian Eno, Yello, Erasure, Happy Mondays, Pet Shop Boys and many more.

Richard’s broad ranging musical knowledge has been applied to many projects. He formed a solo psychedelic project, the Time and Space Machine, and has remixed many artists under that name, including Tame Impala, Warpaint, Ibibio Sound Machine, Noel Gallagher and many others.

He was also one half of acclaimed and influential psych duo Beyond The Wizards Sleeve, alongside Erol Alkan. The duo remixed acts including the Chemical Brothers, Goldfrapp, Franz Ferdinand and Tracy Thorn.

In recent years, Richard has concentrated full time on a series of ambient and deep listening releases on his Group Mind label. Many more are planned, as is a return to the live arena with a new audio-visual show.

Find out more at www.mrrichardnorris.com 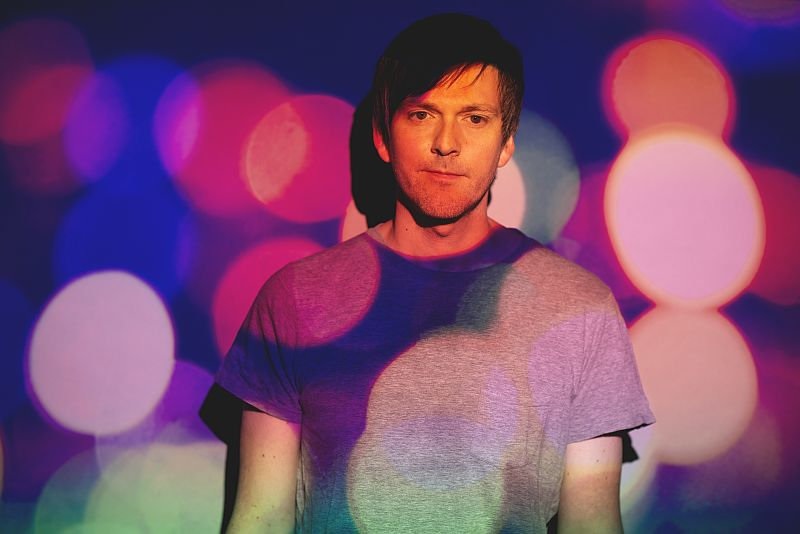 Despite the origin of BUNKR being a happy accident back in 2017, Brighton (UK) based musician and producer James Dean is now renowned for his zoned out house music and bubbling melodic techno as BUNKR.

He’s collaborated with the fledgling VLSI label set up by the Echaskech crew and his ‘Outerstellar’ and ‘Appl Skies ‘EP’s traversed techno and chugging house styles and were well received by some of the scene’s more discerning DJ’s including James Zabiela, Posthuman (I Love Acid), Joris Voorn, Nick Warren (Way Out West) and DJ Food (Ninja Tune).

In recent years his hypnotic crawling techno and pastoral Kraut-esque electronica has contributed to the highly lauded ‘Castles In Space’ compilation ‘The Isolation Tapes’ (Electronic Sound magazine’s compilation of the year in 2020), whilst recent live shows have seen him playing alongside Soccer96, Thomas Ragsdale, Leafcutter John and Alex Banks.

His second album ‘Graveyard Orbit’ was released in October 2021 and took his sci-fi techno approach deeper into the electronic cosmos, thematically providing reflections on man-made waste and our own longevity. Or as one reviewer summed it up, “a dazzling, tone-rich journey that captures the moments when life ends and the story just begins”.
“Fans of classic ambient explorations along the lines of The Orb and Tom Middleton should find plenty to savour” – Cyclic Defrost 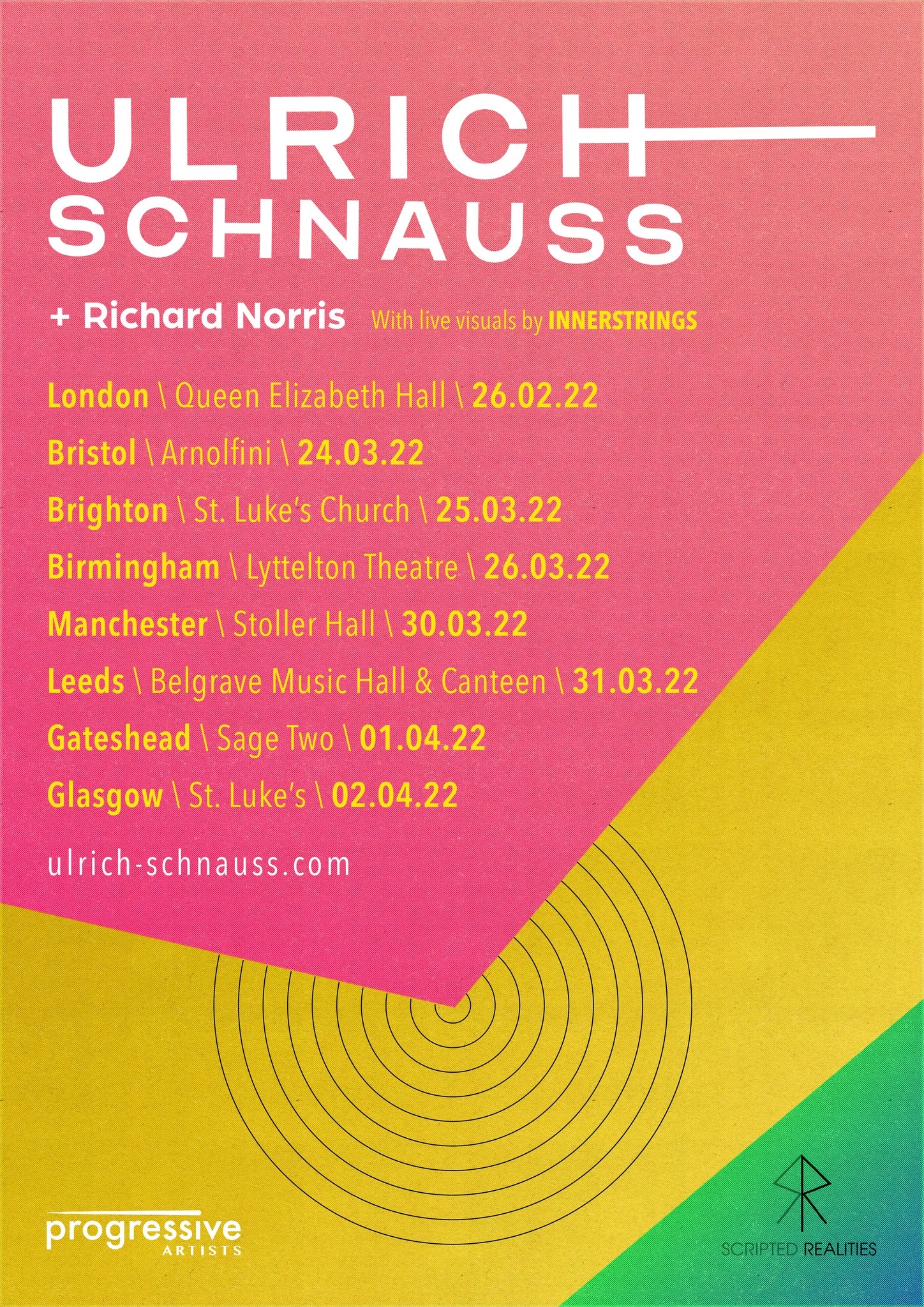