Quadriplegic man barricades himself in home to avoid eviction 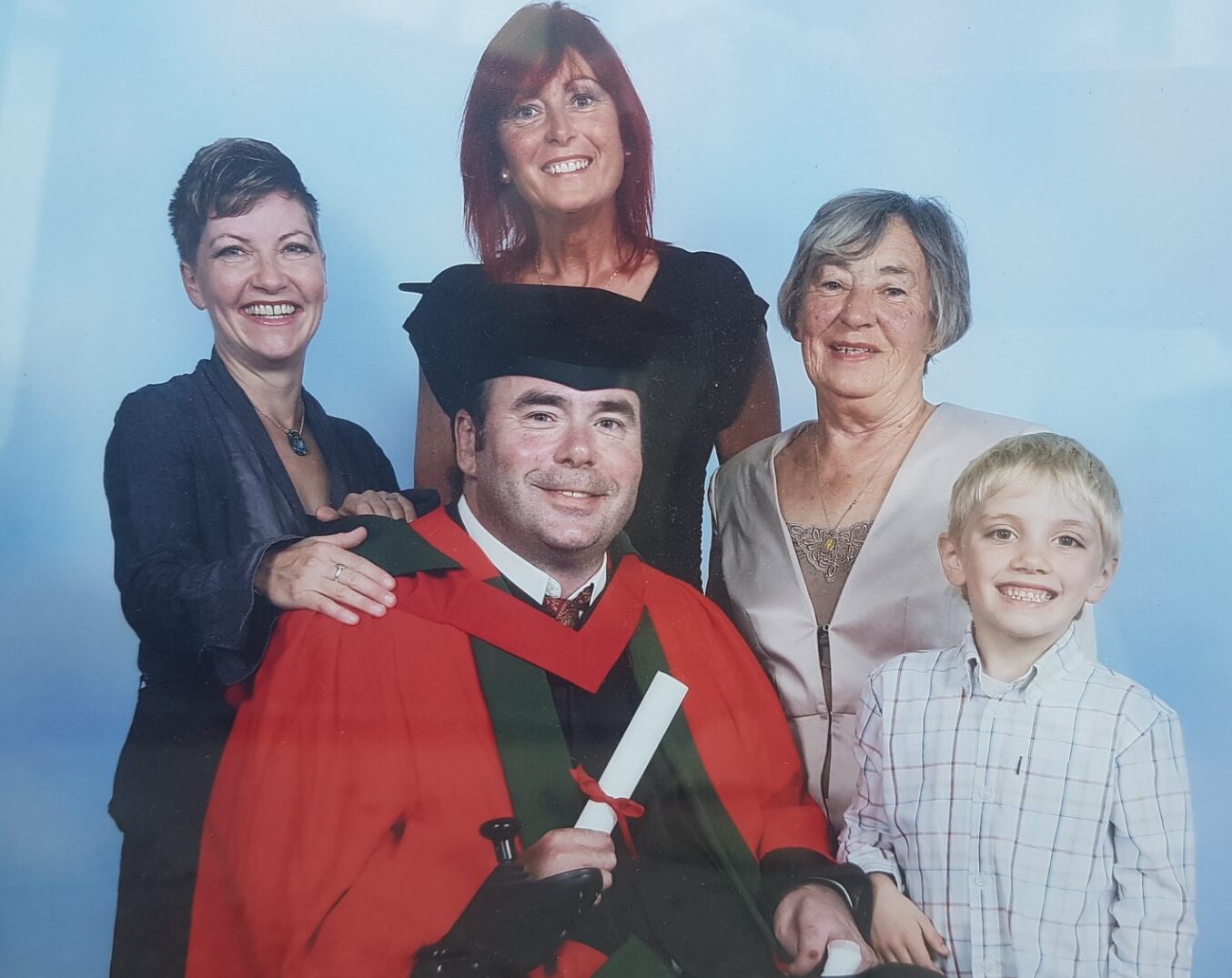 A quadriplegic man and his family have barricaded themselves inside their home of 25 years after their landlord sent in bailiffs.

Harvey Cowe lives in a house where the council has spent £200,000 making special adaptions because he has been paralysed from the neck down since a car crash in 1984.

But earlier this year, his landlords Anna and Dean Lashmar told him that they were planning to sell the house to pay an inheritance tax bill after their late father David left them his portfolio of 12 properties.

They offered to give the Cowes the chance to raise £1 million to buy the house in Brittany Road, Hove. Dr Cowe’s mother and sister-in-law sold their homes to help and Brighton and Hove City Council offered the couple a £500,000 mortgage.

But by the time they had put together an offer of £925,000, eviction proceedings were already under way.

On Tuesday (9 August) – two days before Mr Crowe turned 62 – a court granted the Lashmars possession. Just 10 minutes after the court hearing ended, bailiffs were drilling through the locks. 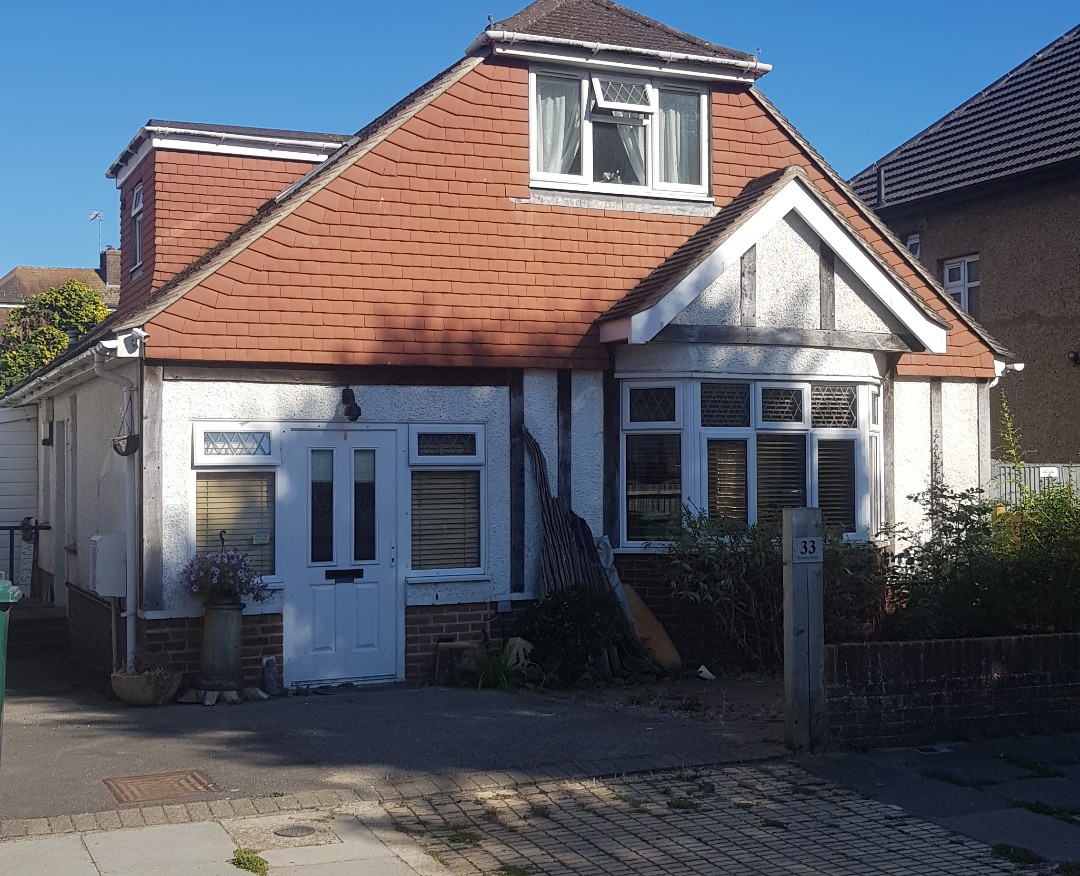 The Cowes’ home in Brittany Road

Dr Cowe and his wife Sheree, 55, their teenage son, live-in carer and Mrs Cowe’s sister, who has moved in with them, are now awaiting the bailiffs’ return.

Mrs Cowe said: “I’m absolutely shook up to the core. I’ve went from being really high, thinking I was purchasing the house, to within a week being evicted and getting the bailiff drilling through my doors.

“We had a court hearing at 10am by Skype because my husband can’t get out of bed. We were representing ourselves. The law’s the law. They won. We lost. The warrant was still standing. The only thing the judge could do was drop the costs.

“We finished our court hearing at 10.20am and the bailiffs were here at 10.30am. They came with a locksmith. They drilled into the locks. They pushed their way into the back of the house.

“It was really really frightening and intimidating because they were at every door and I was running backwards and forwards trying to barricade the doors. It was just disgusting.

“The bailiffs left and said through the window, ‘we will return with a heavier squad and with the police.’ And despite the fact my husband is quadriplegic, they’ll put him in the back of a police van and put him in a police cell.

“I’m scared to even go in the garden. I’ve got things wedged against the doors. The locks don’t work.”

The council has this week offered to move the family into student flats as emergency accommodation but the Cowes are unsure whether all his medical equipment will fit – and the family would have to be split up.

The family’s nightmare started when David Lashmar died in 2017. His children assured the family that their home would not be sold but then changed their minds.

Eviction proceedings started in March. Mrs Cowe said: “We had a good barrister who was quite confident that we would win part of this case.

“Then the landlady said, ‘I’ll give you three months grace to buy this place if you drop your legal case.’

“Against our legal advice, we decided to trust the family that they’d be good and honour their word.

“Two family members sold their houses. We loaned some money off a cousin for the remainder.

“We had the money in the bank ready. However, the council didn’t finish their final meeting until the week later so we ran one week over the three-month deadline.

“Just after getting a £925,000 offer to them, they’d already served us with a warrant of eviction.

“That gave us a bit of a shock. Then they wouldn’t even reply to any emails, phone calls.

“This is my last hope. I haven’t got anything left after this, it’s all I can do to broadcast it as loud and as far as I can in the hope that somebody’s got some kind of influence over them to make them see sense.

“The only obvious reason we can think of that they’ve rejected our officer is because somebody out there is offering more – more than we can give – and 25 years of living here doesn’t mean jack to them.”

Mrs Cowe has also lost her father recently. She said: “It’s just all at the wrong time. I cannot even plan to go up to my dad’s funeral when I just don’t know what’s going to be happening next.

“My son was born here. I’ve got my dad’s ashes ready to scatter here under a tree. Every plant in the garden is significant to me.”

The adaptations to the house include a wet room, ceiling track hoists, lifts, platforms in the garden, ramps and wider electronic doors with buttons for accessibility.

Dr Cowe was left paralysed from the neck down after a car crash, in which Mrs Cowe was also a passenger, in 1984. She is now his primary carer, alongside a live-in carer.

He earned a PhD in disability studies at Sheffield University remotely in 2011.

Conservative councillor Robert Nemeth, who represents the area on the council, said: “It was devastating to hear that eviction is still proposed when it feels like there is still plenty of room to continue discussions.

“The idea of him being dragged out on his mattress is simply scandalous and cannot be allowed to happen.

“The ongoing siege of Harvey’s home must stop and conversations must continue before real damage is done.”

Labour councillor Gill Williams, who speaks for her party on housing, said: “It is beyond belief that despite working with the Cowes and the council to achieve this positive outcome, the owners are now instructing bailiffs to throw the family out and make them homeless.

“This is heartless and wholly unnecessary. We must appeal to them to reconsider.”

The Lashmars did not respond to a request for comment.