The council is failing in its legal duty to keep the streets free of weeds, councillors said last night (Wednesday 21 September).

And they have told officials to prepare a report “with options for alternative methods of weed removal that are both cost-effective and environmentally friendly”.

The decision was made at a Brighton and Hove City Council meeting where members once again criticised the state of the area’s overgrown pavements, verges and gutters.

Conservative councillor Robert Nemeth proposed a motion to deal with the problem when the council’s Environment, Transport and Sustainability Committee met at Brighton Town Hall. And Labour councillors gave their backing.

Weeds became an issue after the council stopped using glyphosate weed killer – known commercially as Roundup – because of concerns that it could cause cancer.

Several councillors committed themselves to banning the organophosphorus herbicide in the run up to the May 2019 local elections.

In June 2019, Councillor Anne Pissaridou, who chaired the Environment, Transport and Sustainability Committee at the time, told fellow councillors about steps being taken to phase out glyphosate weedkiller.

She said: “We will be limiting the use of glyphosate to lower-footfall areas only and using a new technology which uses infrared technology to ensure the minimum amount of pesticide required is applied.”

In November 2019, the committee backed a “pesticide reduction plan” and heard that council workers were removing weeds manually because no alternative had proved effective. A trial using hot foam found that it did not kill plants’ roots.

This year, dog owners have spoken out, sharing details of how their pets were injured when barley grass seeds became embedded in their paws and ears.

Councillor Nemeth said: “The debate has changed somewhat as time has gone by, in that the public at large sees the policy as more about deliberately allowing plant growth for perhaps ideological reasons under the banner of ‘rewilding’ rather than tackling the claimed damage of herbicides.

“Many don’t see the policy as environmentally friendly. Despite there being many more flowers growing, no analysis has been carried out to work out if not spraying is actually more helpful to the environment than spraying once a year.

“After all, the current method of trying to weed by hand or machine is inherently inefficient and diverts hundreds of thousands of pounds away from genuine environmental initiatives.

“Not to mention, and key to the argument, the environmental damage of having to replace tarmac and concrete pavements at a much greater rate.” 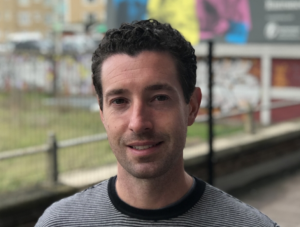 Councillor Nemeth, a beekeeper, said that he did not use herbicides in his garden or in any of the community projects in which he is involved.

Labour councillor Nancy Platts said: “I am really conscious that this policy was brought in on my watch when I became leader of the council because we had all signed up as the Labour group to eliminate the use of pesticides – and that is something I still support.

“It was in the expectation that there were viable alternatives that could be brought in.

“I am concerned that we’re now coming up to three years later (and) we’ve seen alternatives that don’t seem to be viable.”

She said that the Labour group had allocated funding to the quest for alternatives to glyphosate and that the official report should explain what had happened to that money.

One of the council’s most senior officials, Donna Chisholm, the executive director for the environment, economy and culture, blamed the weed problem on a mix of issues. 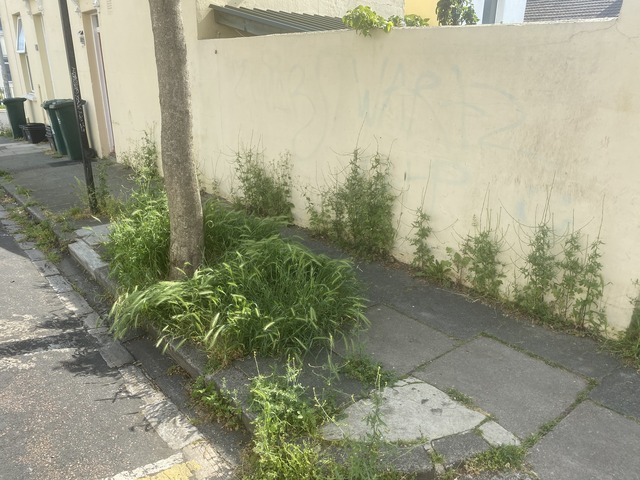 She said: “There is a well-known and well-documented national crisis on the availability of labour, particularly with seasonal roles, which is what was recruited in terms of weeding.

“There has also been an issue accessing equipment from Europe for a multitude of reasons. There has been a long lead-in time for the new pieces of equipment we have been seeking to manage the weeds.”

She said that the committee would receive an outline plan early next year explaining how the council would tackle street weeds.

Green councillor Jamie Lloyd blamed Brexit – Britain’s exit from the European Union – saying that he had been on national radio explaining why weeds as a problem were linked to the “end of free movement”.

He said: “We have a labour crisis that is affecting all levels of council services and it’s not just us suffering this problem. It’s councils up and down the country.

“It’s places like farms which are struggling with the lack of seasonal workers which is a real problem. It’s a real pressure on council officers to fill places that can’t be filled.

“We are encouraging or facilitating communities who, if they want to take part in weeding, they can. We’re not saying anyone should.”

He said that glyphosate was dangerous to pets and animals and caused cancer in humans and it should not come back.