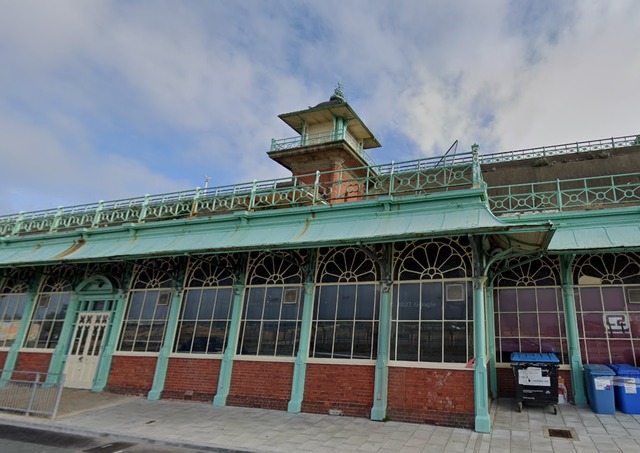 Lack of access to the beach for people with disabilities and those who can’t use steps has prompted a woman to ask councillors for help.

Lina Talbot, who uses a wheelchair, struggles to reach Madeira Drive because the Madeira lift is out of action.

She wants Brighton and Hove City Council to support or fund a bus service to and from the seafront.

Currently, the only way to reach the beach from Kemp Town and east Brighton is by a limited number of staircases or heading to Duke’s Mound or the Palace Pier for step-free access.

The Madeira Lift is expected to be out of action for the rest of the year – and while the Madeira Terraces are restored when additional lifts are due to be added.

Ms Talbot spoke to people in St George’s Road and collected 84 signatures in a couple of hours. She also applied to set up a petition on the council website but it did not appear online.

She said: “I was surprised at the enthusiasm with which everyone I bumped into in St George’s Road supported it and wanted to sign my petition. They were really keen and think it is a worthwhile thing.”

She proposed that every fifth 48 or 52 bus could “swing through” Kemp Town to Madeira Drive to help the less mobile.

Councillor Platts said: “Kemp Town beach is the reason why a lot of people enjoy living here and to shut off the elderly and less mobile and families with babies and toddlers makes life very difficult for them.

“It’s all fine if you have a car and can drive down there and park and pay your parking fee but not everyone has a car or can afford one.

“Indeed, we are trying to discourage car use. Some residents feel they have been excluded for much of the summer season. There should have been replacement transport as soon as this was known.”

Councillor Platts won the committee’s backing for a feasibility study into a suitable bus service.

Green councillor Amy Heley, who chairs the committee, said that there were bus services on roads parallel to Madeira Drive as well as the number 7 serving Brighton Marina.

She said: “It is unlikely there is sufficient demand for a commercial service. Users could approach bus operators to suggest they run a service on an experimental basis.

“Given the commercial pressures that operators are under due to rising fuel and driver costs, they may not take the risk, unfortunately.”

Councillor Heley said that running a service would cost the council between £350,000 and £750,000 a year – and that resources were focused on maintaining existing routes.

“We would be very happy indeed to run a few trial services to see if this is something that proves to be popular.”