An old-fashioned Brighton haberdashery is closing after more than 40 years in its current premises although the owners said that they plan to relocate the store. 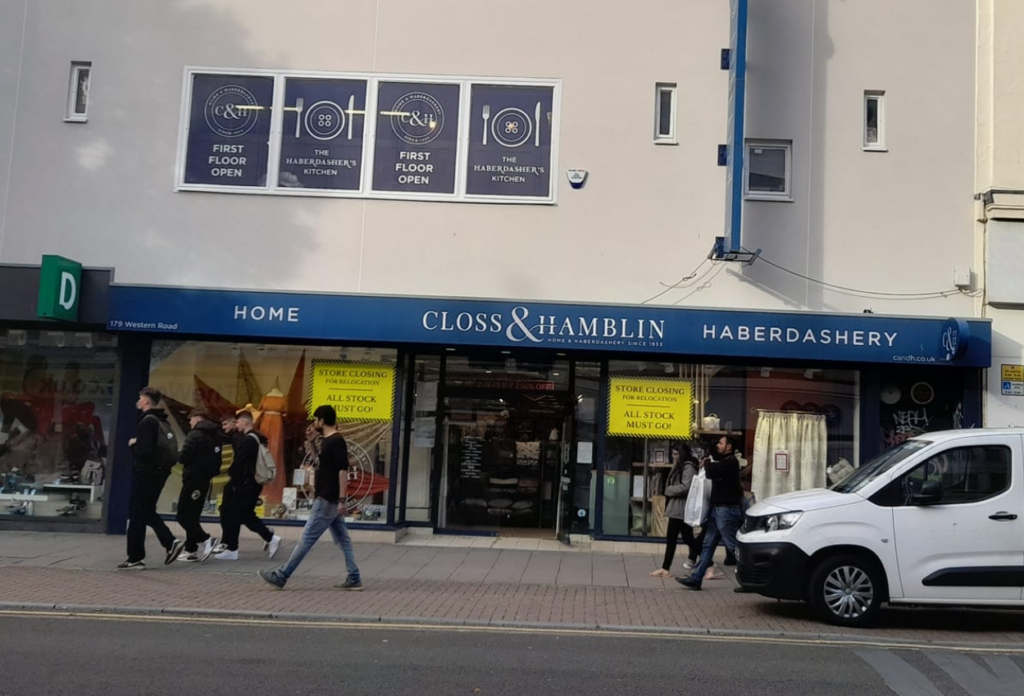 Closs and Hamblin – known for years as C&H Fabrics – said that it was moving out of its store in Western Road, Brighton.

Posters in the window said: “Store closing for relocation. All stock must go.”

The current branch of the family-owned regional chain opened in Western Road in the late 1970s having previously been based in Churchill Square.

It took over the Western Road shop from the Johnson Brothers furniture store in a 1966 building designed by architects Denman and Son – a partnership of John Leopold Denman and John Bluet Denman.

On the Brighton Past Facebook page this evening (Tuesday 4 October), Debbie Mead posted a picture of the shop captioned: “After 43 years in Western Road it’s closing.”

She said that staff had said that new premises had not yet been found but would probably be outside Brighton.

Some commenters suggested the Eastbourne branch was also due to close, with one describing the closure as a “sad sign of the times”.

Plenty spoke fondly of the café, with one saying that it was “a civilised coffee shop – no blaring music”.

Mo Marsh, a former mayor of Brighton and Hove, said that it was “another nail in the coffin of traditional high street shopping”.

Facebook commenter Sue Read said: “Another great shop gone. Sad day. Used it a lot for knitting items and got my net curtains there.”

And a fellow commenter Spike Hughes said: “Another useful shop bites the dust.” 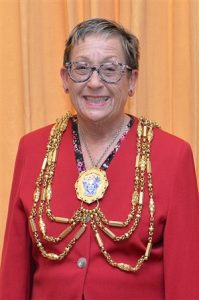 Mo Marsh during her mayoralty

Facebook commenter Anton Green said: “It’s always been one of the brighter lights in Western Road. Very sad to see this institution shutting down.”

Facebook commenter Ksenia Semirova said: “This is terrible news. The only shop that provided proper quality material for craft. Hope they just relocating.”

A fellow Facebook commenter Diane Blank said: “My fave shop! I was quite upset when I was given the leaflet. A lovely shop to browse in and get my wool, then get a coffee. It will be much missed by me and probably many others.”

Another Facebook commenter Adrian Heft said: “We must have a tax on internet shopping before all our high streets are destroyed. They employ people and pay business rates – internet retailers need to be taxed to level up the playing field.”

The closure of the fabrics and soft furnishings shop comes despite the boom in crafts and the hobby market.

And despite the growth in online shopping, there were a number of comments along the lines of: “I like to feel the quality of the yarn.”

The business traces its roots back to London in 1933 when many more people made their own clothes, curtains and cushions.

But, like a growing number of traditional retailers, the owners appear to be weighing up the cost of the overheads linked to a physical presence in the high street.