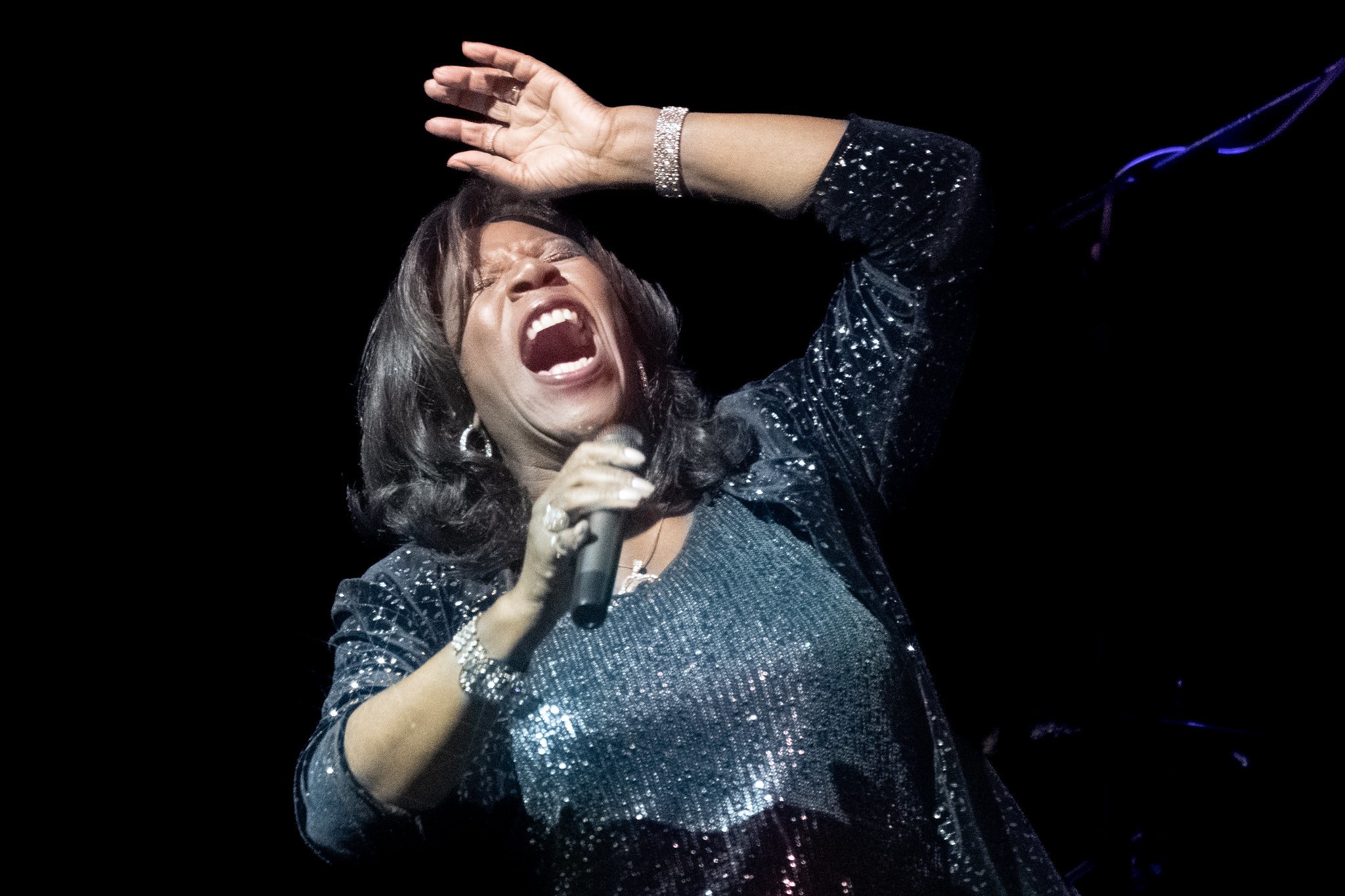 It was Sunday night and that could mean only one thing. It was time to pick up our tickets from the ticket booth and get ready to board the Southern Soul Train to the Brighton Centre. The ‘Giants of Soul Tour’ tour has been on the road around the UK for about a month now, showcasing legendary Soul singers whose careers span from the 60’s/70’s and 80’s, right through to the present day. The menu for tonight was to feature such legends as Alexander O’Neal, Deniece Williams, Gwen Dickey (Rose Royce), Tunde Baiyewu (Lighthouse Family), Jaki Graham, Janet Kay and Candace Woodson. It’s the kind of event that happens quite frequently in the U.S.A, featuring line ups to die for that are responsible for making me envious on social media. 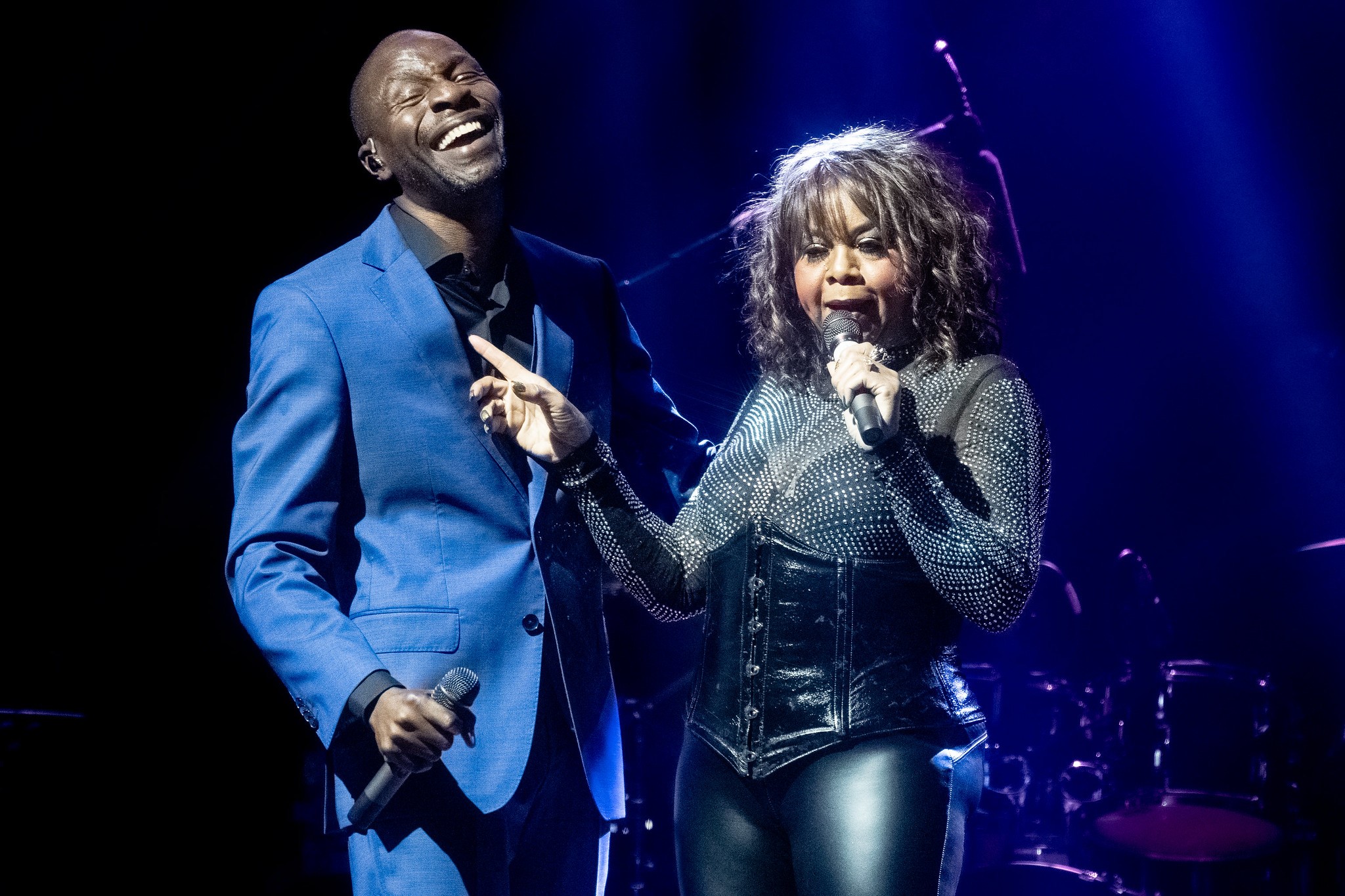 Once everyone had boarded and taken to their seats, the sweet old school sounds of yesteryear were emanating from the venue’s speakers. People around me seemed sociable and in high spirits for the night ahead and there seemed to be a big mixture of age groups in attendance. I don’t think the venue was quite full to capacity, as they had curtained off the balcony seats to the side, but it was still a full room with a buzz in the air. Angie Greaves was our DJ/Compere/Soul train conductor for tonight and it seems she has had quite the career herself (She can normally nowadays be heard on ‘Smooth Radio’ as a national drive time presenter). I was enjoying the tunes she was playing and was especially happy to hear the opening strains to Funk classic ‘Candy’ By Cameo. But, imagine my dismay when all of a sudden, the song came to an abrupt halt and was replaced by another song. Before I could rush the stage, Angie was introducing the first act. 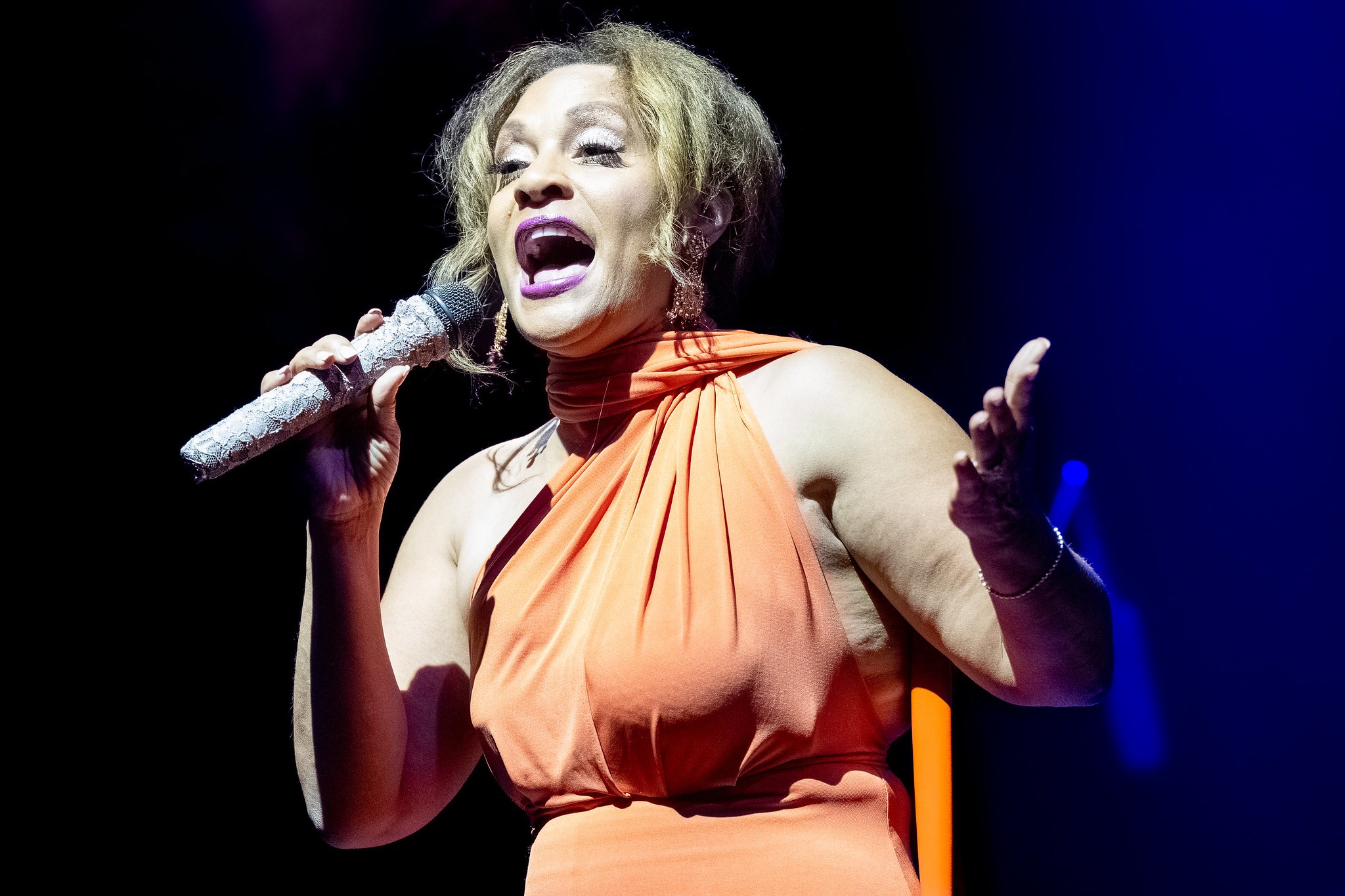 Candace Woodson was up first and I suppose you could say she was the up and coming act of tonight. Saying that, she has enjoyed a UK Soul Chart No.1 in 2021 with a song called ‘Midas Touch’ and is also an Indie Soul Grammy Award winner. She took to the stage backed by tonight’s all star ten piece band and soon warmed the crowd up with her old school brand of Soul. She treated us to her ‘Midas Touch’ song and got the crowd to sing along. Candace then told us how she had played Phyllis Hyman in a recent stage play and then sang one of her songs to an appreciative audience. She told us how she loved us and wished she could put us all in her suitcase and in the blink of an eye, her set was over and Angie Greaves was back onstage introducing the next act of the night. 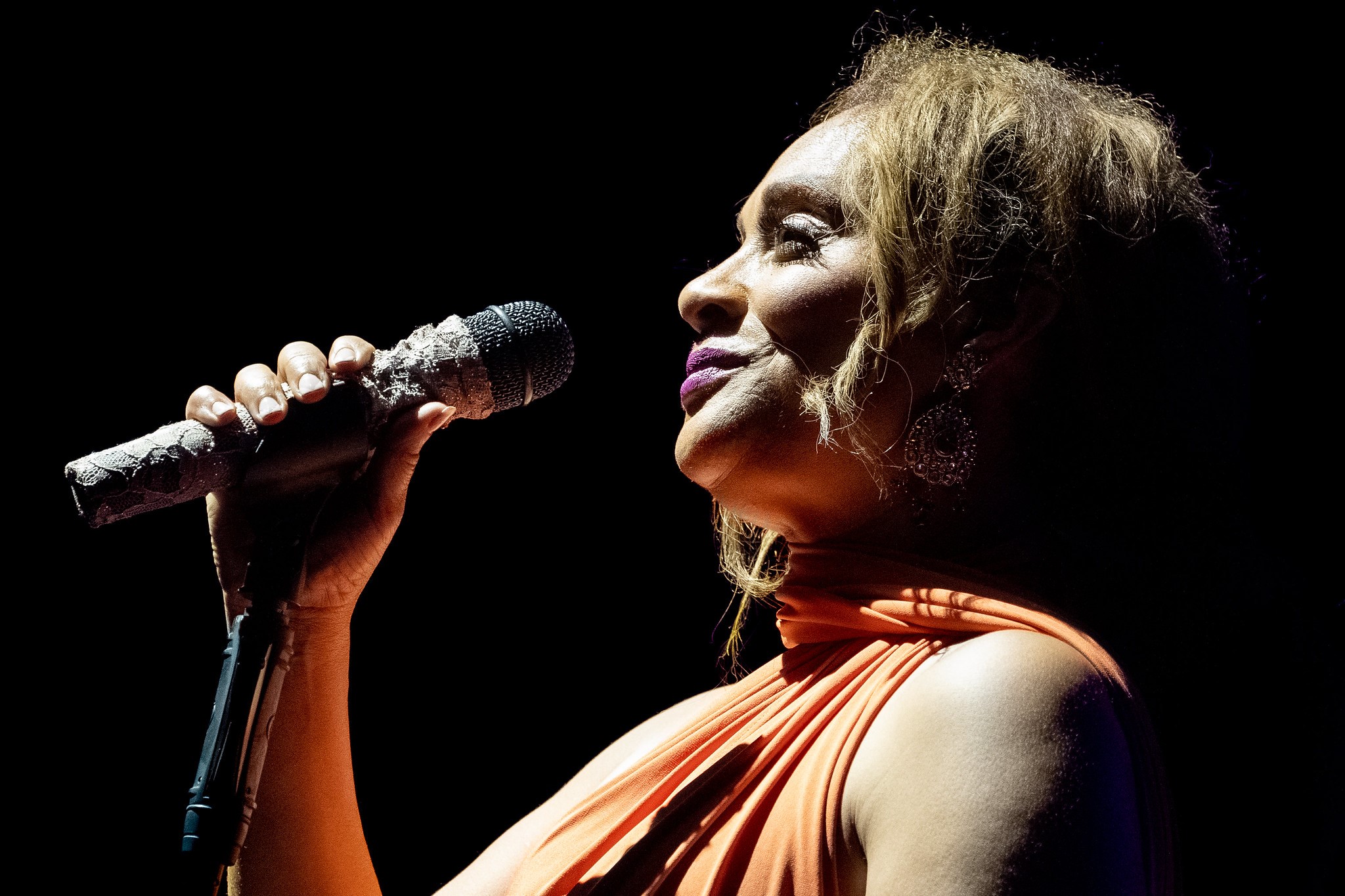 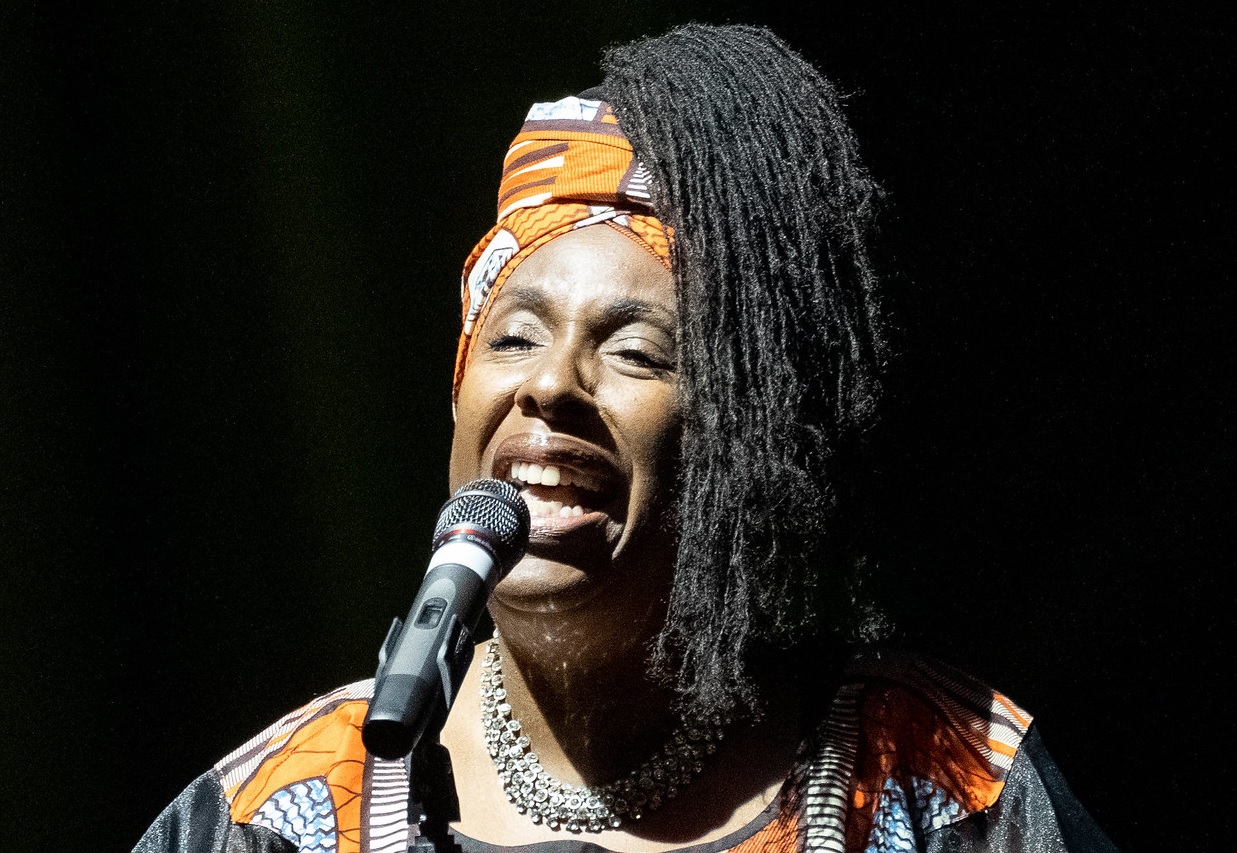 Next up tonight, was Janet Kay who is also known as the ‘Queen Of Lover’s Rock’, no less. I was really looking forward to this as one of her songs is a recent earworm for me and I wanted to see this particular song performed live (Mainly because it features an impossibly high note in the chorus that I had to see performed to be believed). She told us how she broke through into the Reggae scene with a Minnie Ripperton cover by the name of ‘Lovin You’ and then gave us a rendition of it, albeit in a more soulful style. Janet was great with the crowd and was the first act tonight to get people on their feet. The song in question (my earworm) was the classic ‘Silly Games’ and in that moment, the Brighton Centre was briefly transformed into a Reggae dancehall. And yes, in case you were wondering, she can hit that high note. 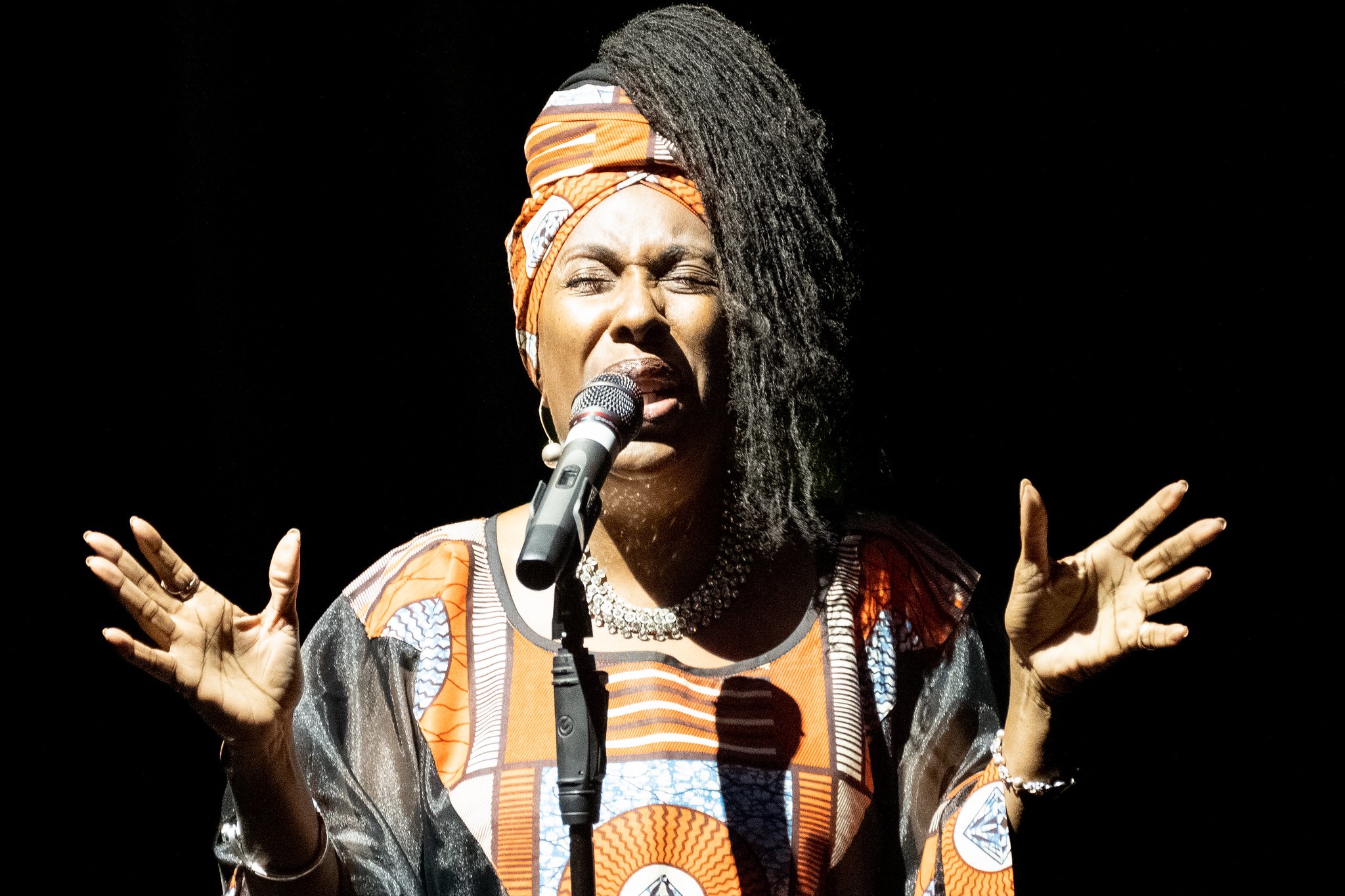 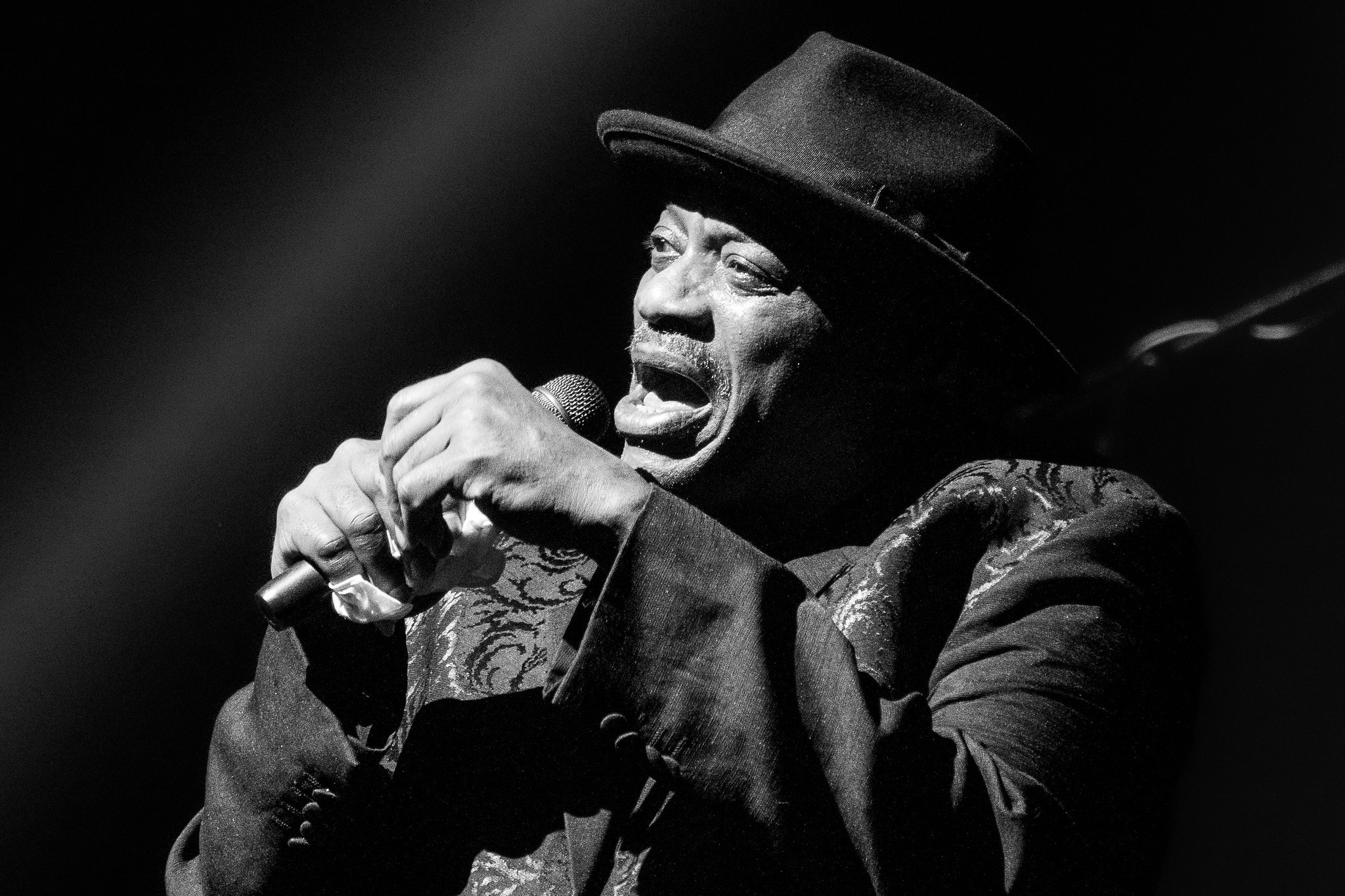 Just as we were mourning the sudden departure of Janet Kay after a criminally short set, the opening chords to Alexander O’Neal’s ‘Fake’ hit us between the ears like a funky sledgehammer. The drums were loud and rolling and Alexander took no prisoners with this slice of arguably his funkiest song to date. I had been waiting a long time to see Alexander O’Neal perform live so I was extra pleased to put a big ‘tick’ in my Funk trainspotters handbook. With this first song, the band totally emulated the Jam & Lewis Minneapolis sound to great effect and this was definitely the loudest act of the night. Things quickly slowed down as he sat on a stool to sing ‘Sunshine’ followed by a Louis Armstrong cover (‘What A Wonderful World’) which went down a storm with the crowd. Another ballad followed, in the form of ‘If You Were Here Tonight’ which was a big hit in the 1980’s. To finish his set, he played ‘Criticize’ which was probably his biggest hit in the UK of that era. I also noticed that in the foyer, he was selling signed CD’s and photo opportunities with proceeds going to the homeless, so fair play to him. 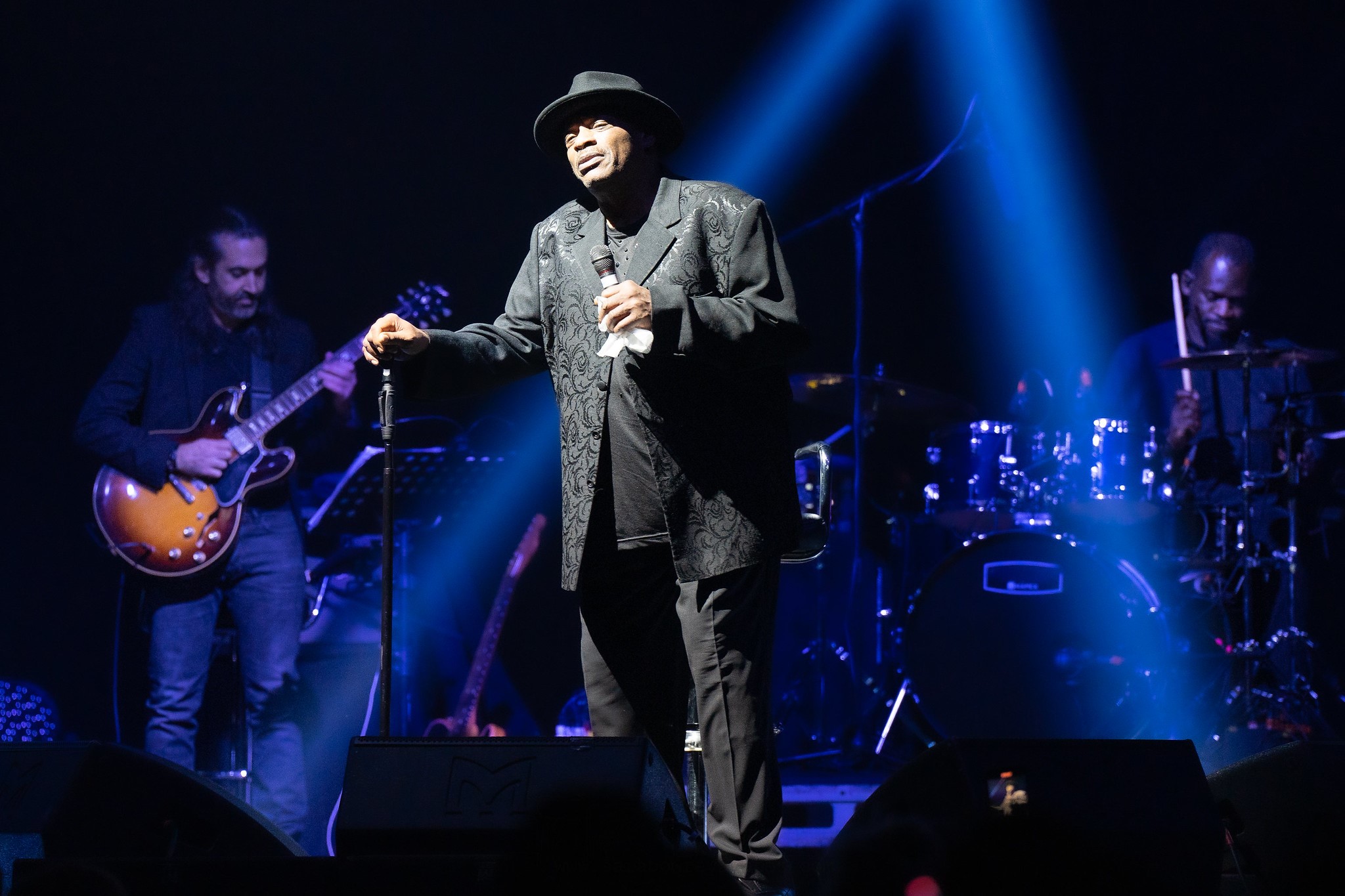 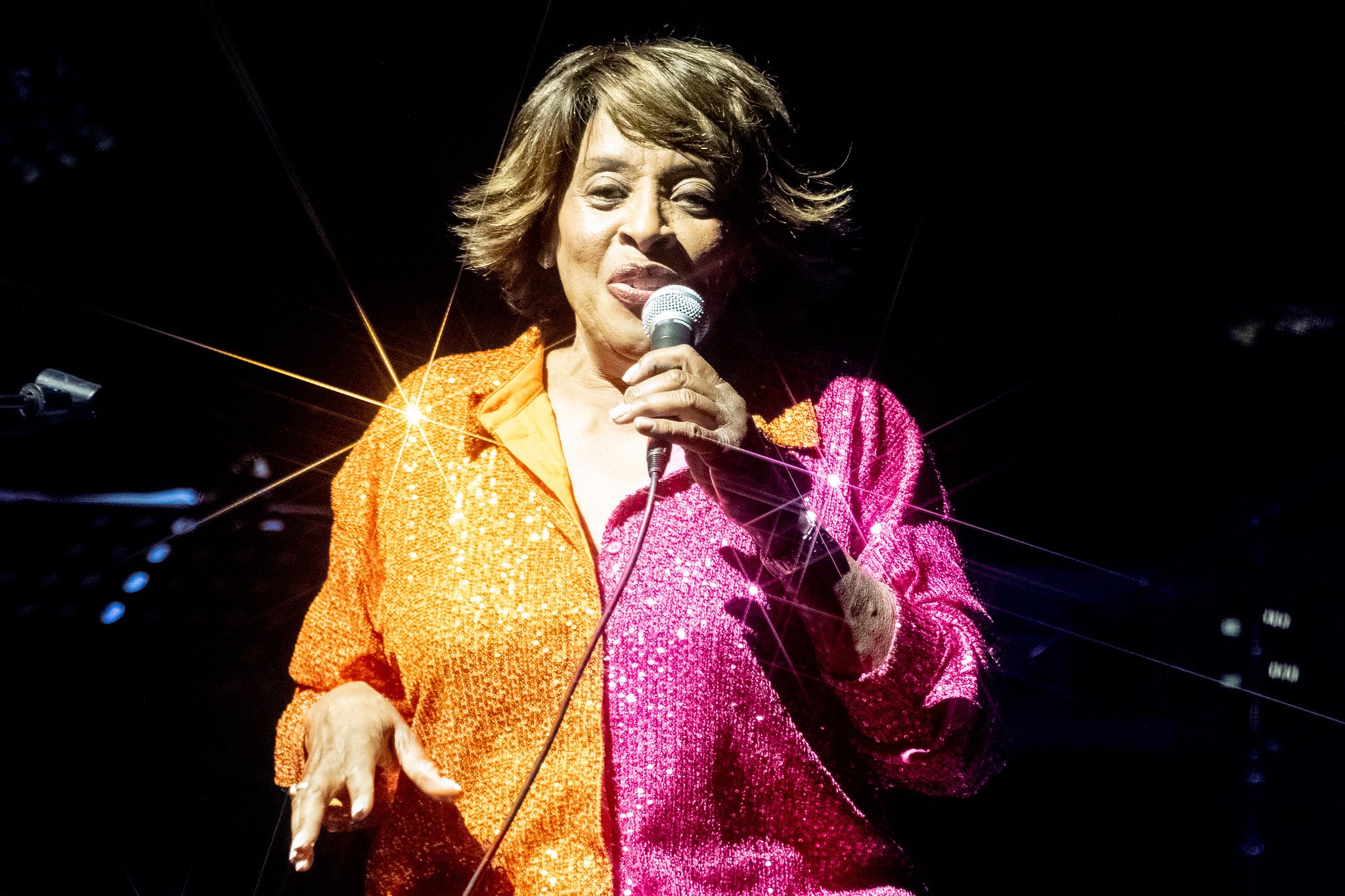 Gwen Dickey was next up, and in case you didn’t know, she was the former singer of Soul/Disco legends ‘Rose Royce’. This was reported to be her final farewell tour so I’m glad I was there to see it tonight. She is in a wheelchair nowadays due to a spinal injury, but she definitely does not let that hold her back. Her voice is flawless and when she gets into her flow she takes things to a whole new level. Her first song was ‘Is It Love You’re After’ by Rose Royce which immediately felt joyous to these ears (It’s also the same song that 80’s dance act S-Express sampled for their ‘Theme From S-Express’ song, trivia fans). Gwen was looking very sparkly tonight in her two tone pink and gold top so it seemed quite fitting when she broke into ‘Wishing On A Star’ followed by ‘Love Don’t Live Here Anymore’. We all knew (or hoped) what her last song would be and yes, it was ‘Car Wash’. That song has got to be one of the defining songs of the Disco era and it’s still as popular today as it ever was. The crowd were well and truly on their feet by this point (seated gig? What seated gig?) and Gwen left the stage to major applause. 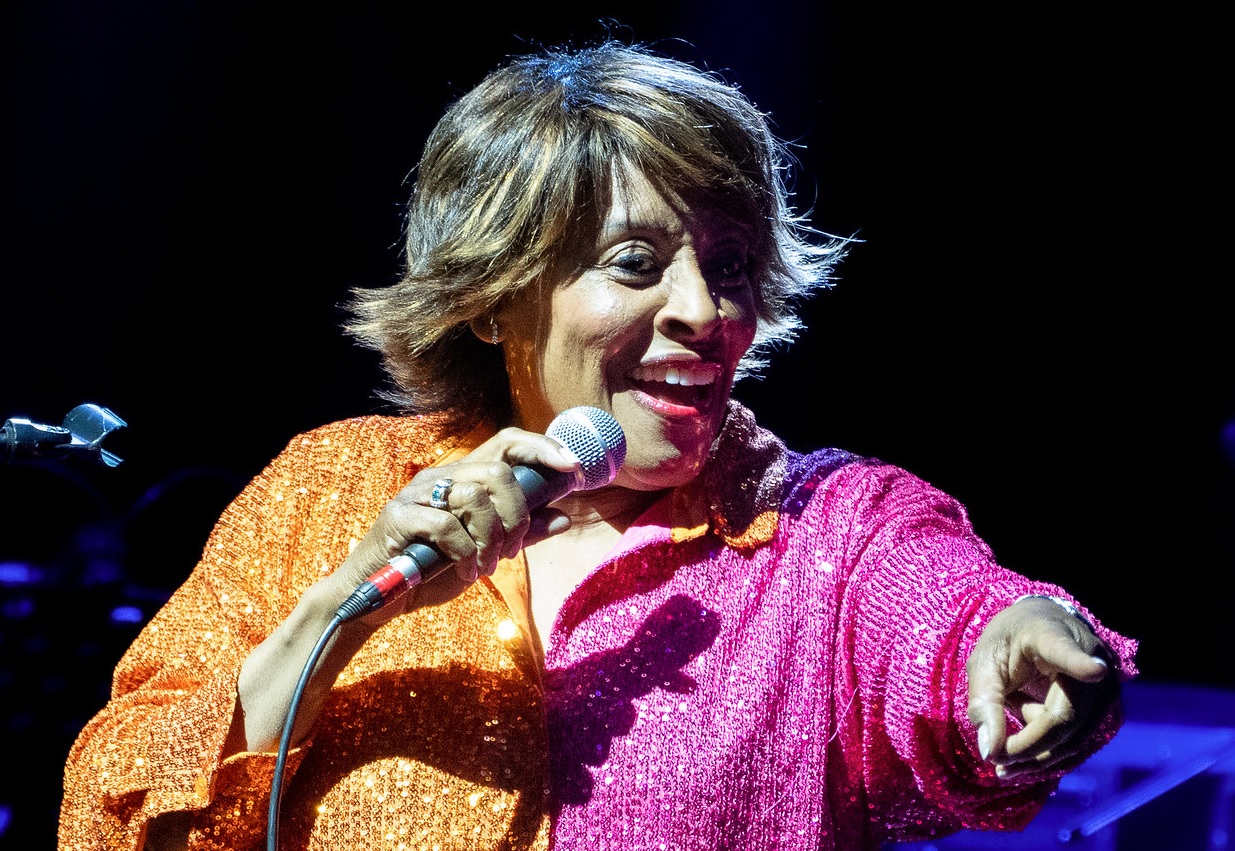 At this point, Angie Greaves informed us that there was going to be an intermission of twenty minutes before the next acts, which gave us time to say hello to the restroom and visit the buffet compartment for refreshments. 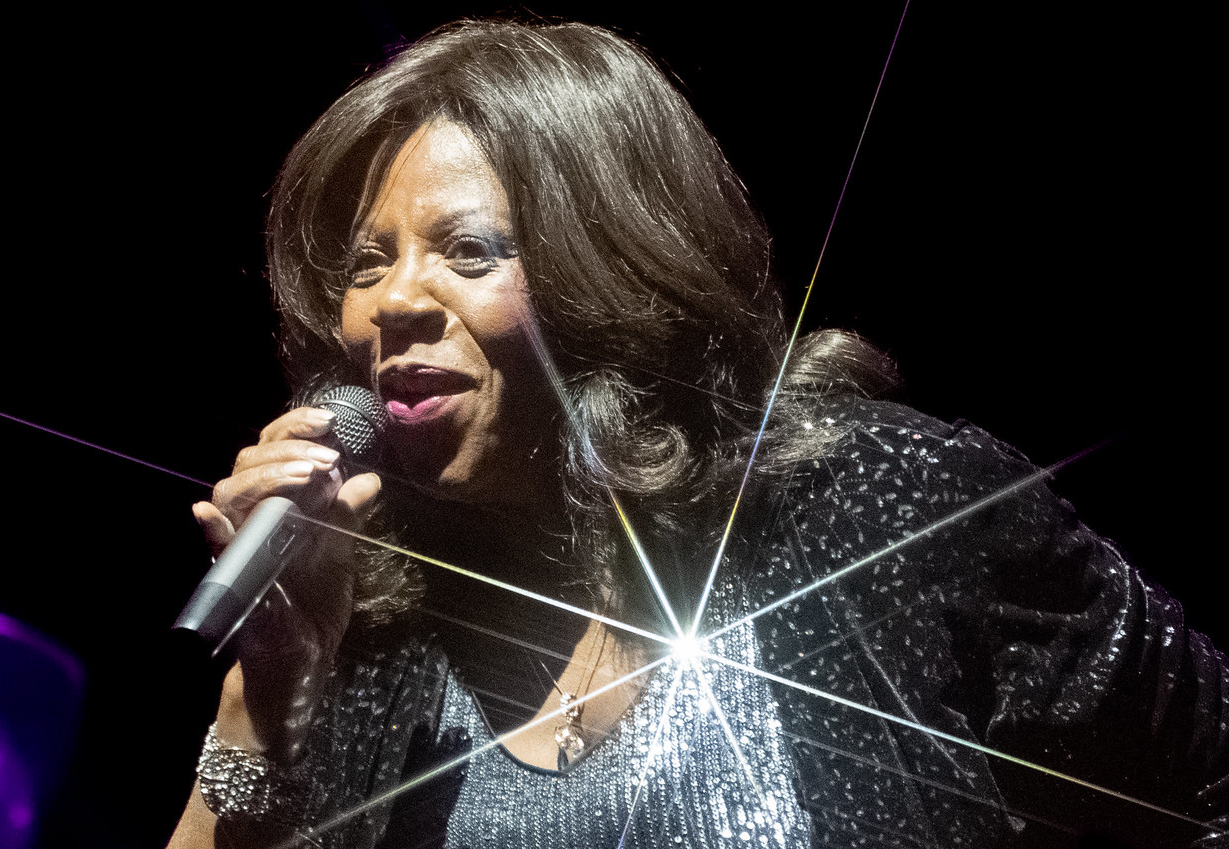 80’s Brit-Soul legend ‘Jaki Graham’ was up next, who quickly launched into ‘Step Right Up’ which was a big hit for her in the UK. Jaki was brilliant with the crowd and informed us that she’s been told off for talking too much on stage in between songs in the past. She followed things up with ‘Round And Round’ and ‘Could It Be I’m Falling In Love’ which was a duet she recorded and performed with David Grant, way back in that epic Multi Coloured Swap Shop/Tiswas era. ‘Set Me Free’ was up next (which made the 80’s flashbacks flash before my eyes) followed by a bit of banter with the crowd, including a guy that said he would like to make a cake with her. She was confused….as were we. Her set was then closed by a great rendition of ‘Ain’t Nobody’ by Chaka Khan which whipped the crowd into a Sunday night fever. 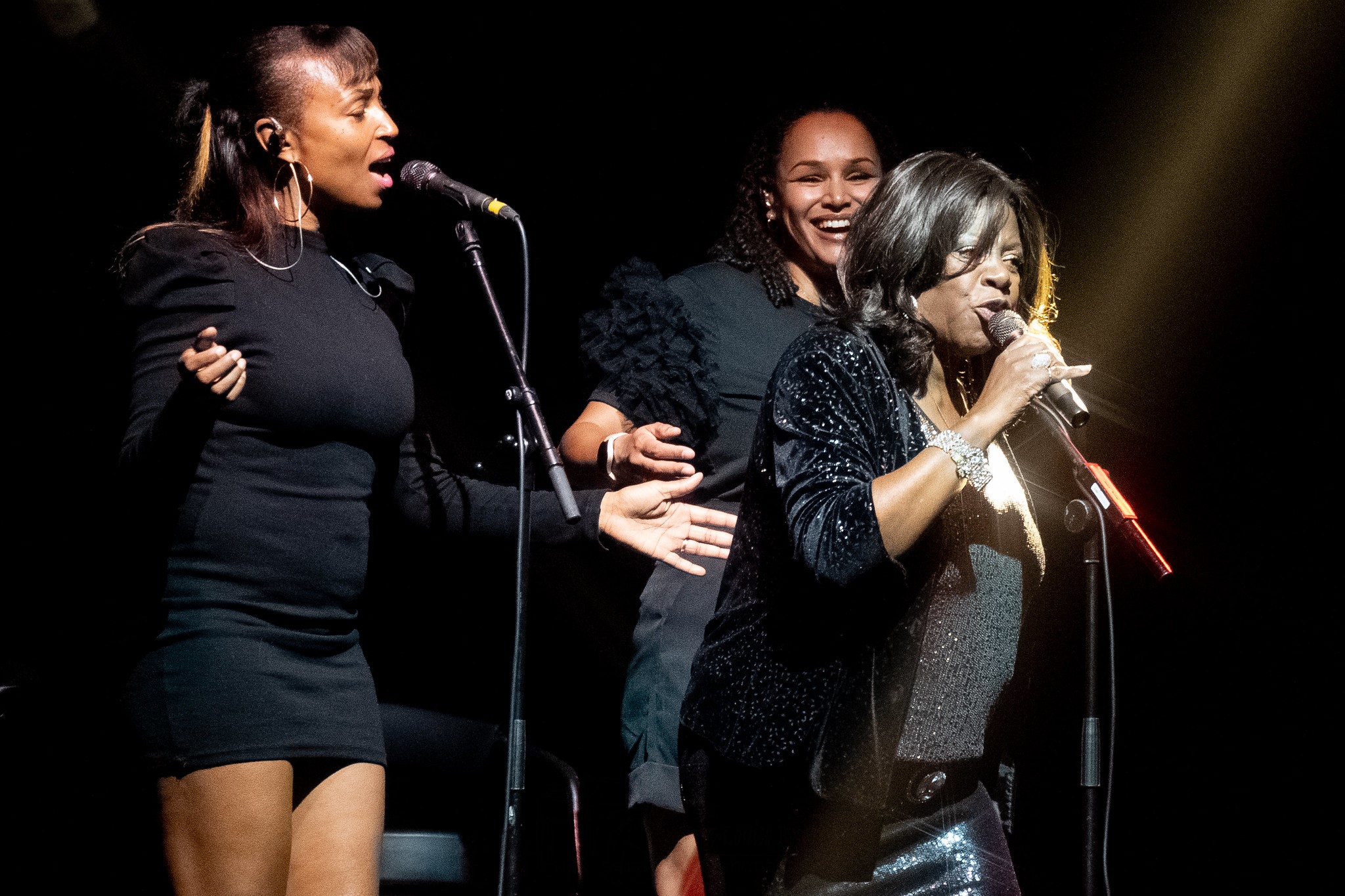 Jaki Graham setlist:
‘Step Right Up’
‘Round And Round’
‘Could It Be I’m Falling In Love’ (The Spinners cover)
‘Set Me Free’
‘Ain’t Nobody’ (Rufus & Chaka Khan cover) 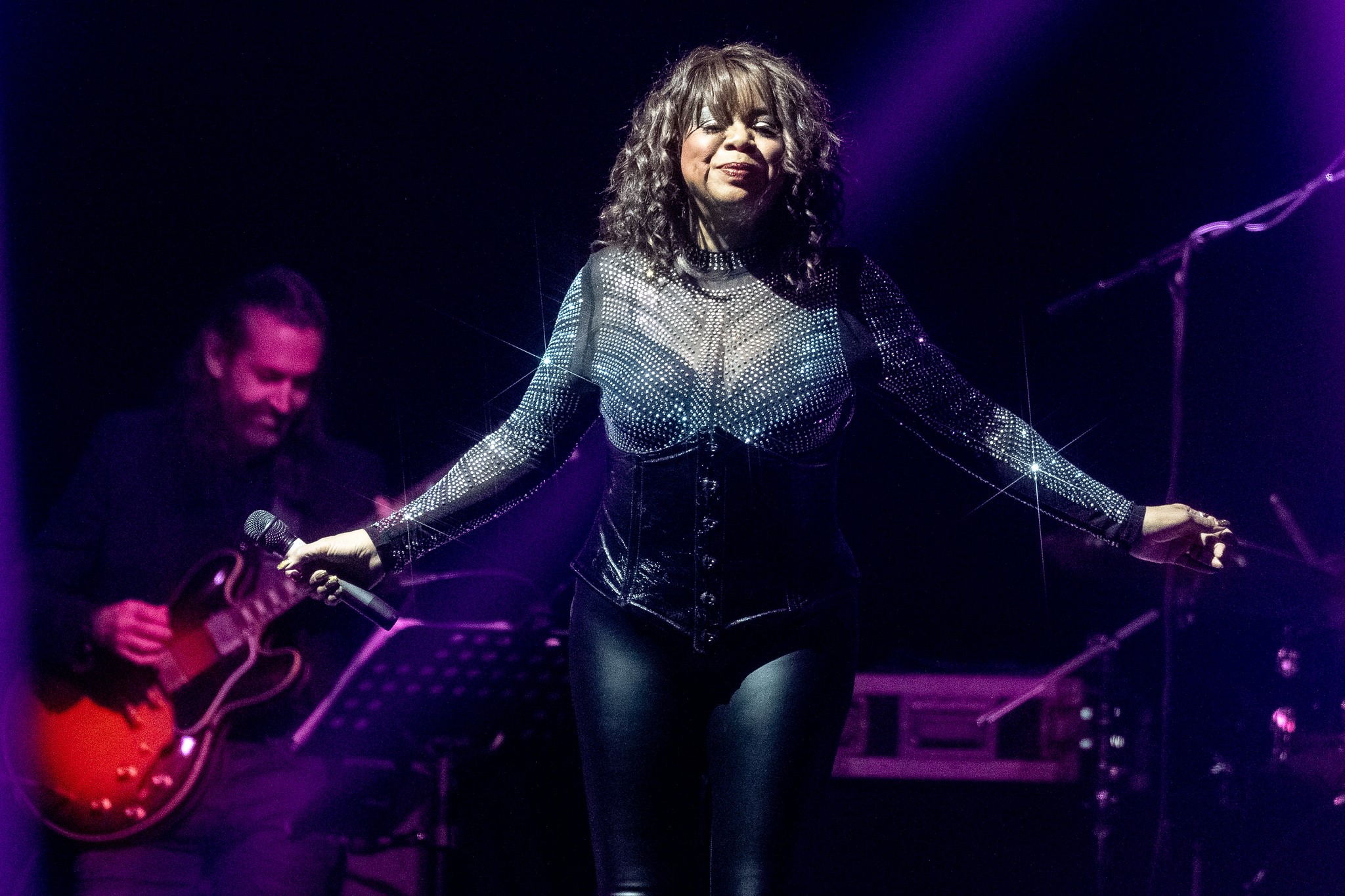 Next to grace the stage, was 4 times Grammy Award Winner ‘Deniece Williams’ who I must say, I was really looking forward to seeing perform. Jaki Graham said earlier, that they refer to her as their ‘Godmother’ on tour and you could see that she was well respected amongst her peers tonight. Tunde Baiyewu also mentioned that she is full of anecdotes on the tour bus but he cannot repeat any of them as they are ‘personal’ which got a laugh from the audience. Deniece sang ‘That’s What Friends Are For’ in acapella form tonight as she hadn’t given the backing band the sheet music in time. Next up, was her absolute classic ballad, ‘Free’ which was a highlight for me. It’s a song that really shows off her four octave vocal range and it put a shiver down my spine. Her last song was ‘Let’s Hear For The Boy’ from the ‘Footloose’ movie which got the crowd moving of course. An excellent set and one you don’t get to see too often nowadays. 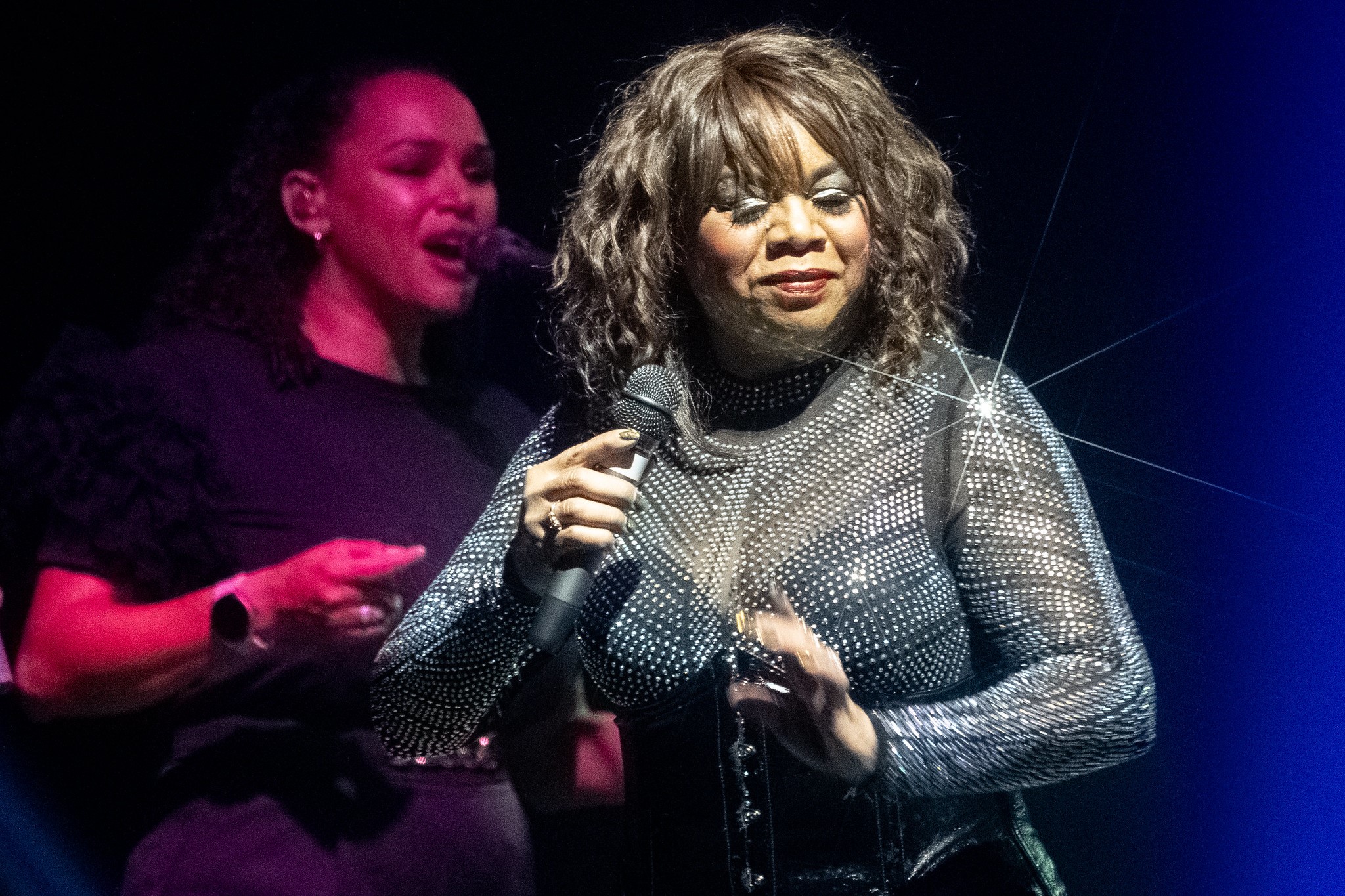 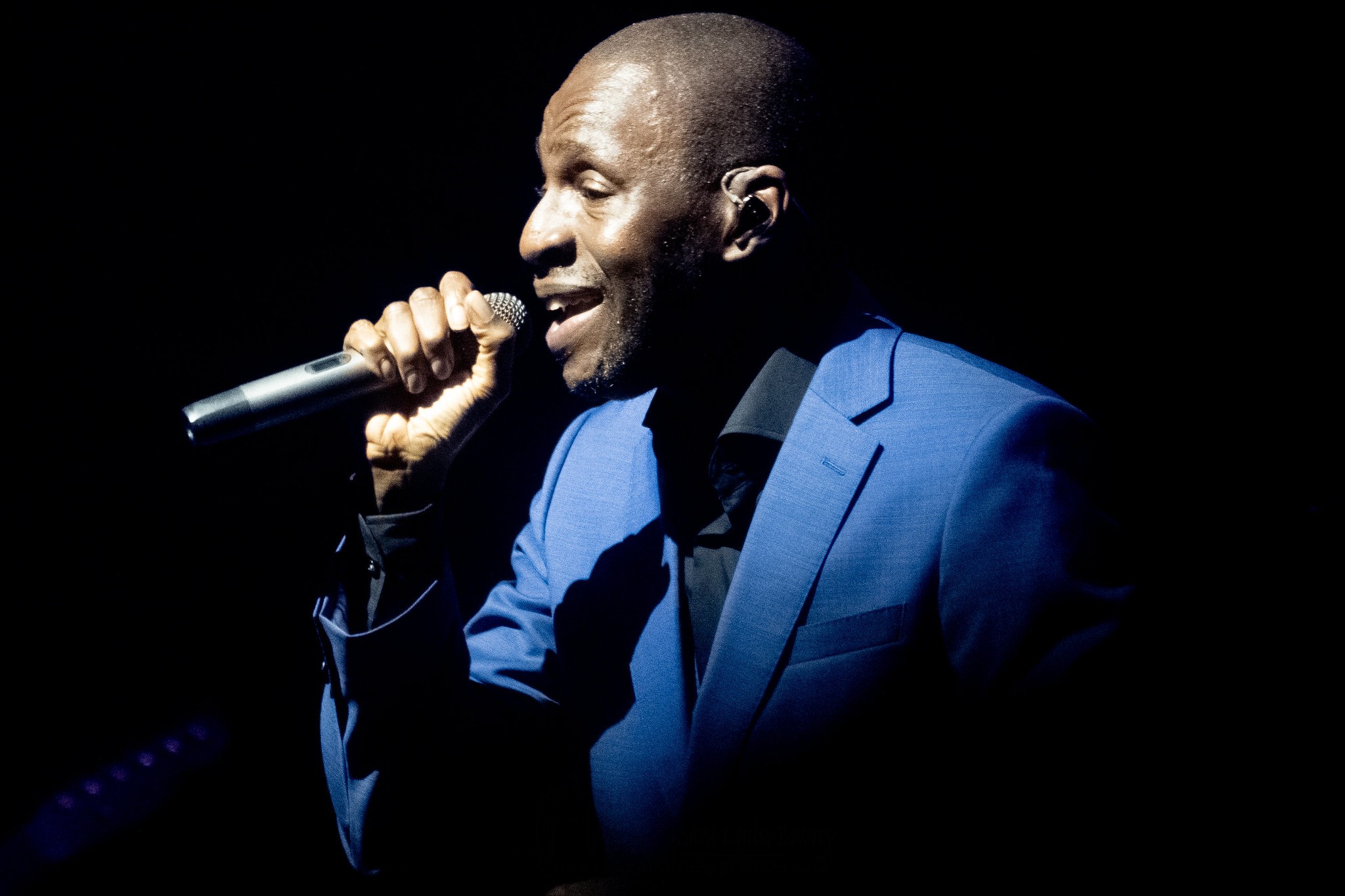 Last up on stage was Tunde Baiyewu from ‘The Lighthouse Family’ who I thought was a bit of a strange choice for a headliner tonight as I consider their music to be more in a pop vein than a soul one. The ‘Lighthouse Family’ fans were loving it though of course, and he started his set with the hit single ’Lifted’ which got the crowd singing along. He is currently putting the finishing touches to a covers album at the moment, so the next song was a Nina Simone song which definitely suited his vocal range. He had a quick swig of his lemon and ginger drink and then it was duet time with Deniece Williams. ‘Lean On Me’ was the highlight song of this section. He also did a Barry White cover followed by ‘Ocean Drive’ which is another ‘Lighthouse Family’ anthem. 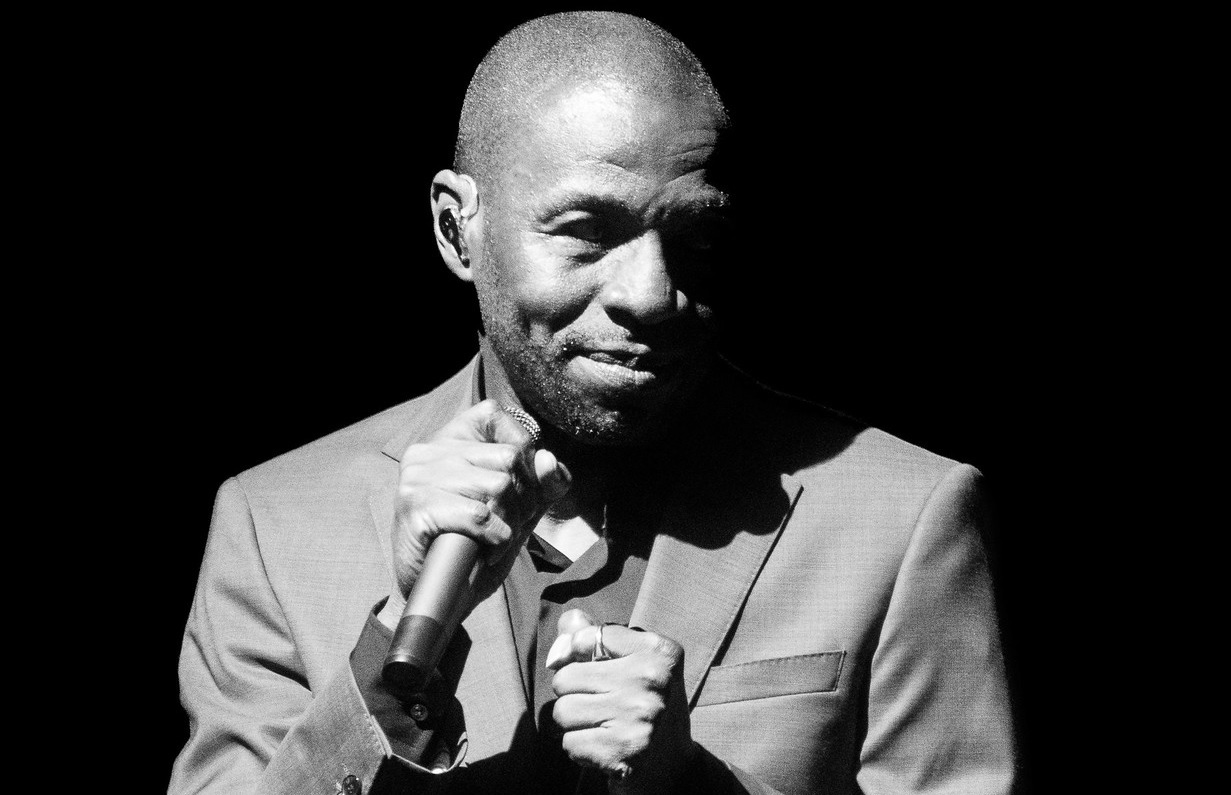 Angie Greaves thanked us all for coming and got the backing band up on stage again to perform the phenomenon that is the ‘Candy’ dance by Cameo (All is forgiven Mr DJ). A good night was had by all, but it was now time to take off my Disco shoes and disembark the Soul Train. 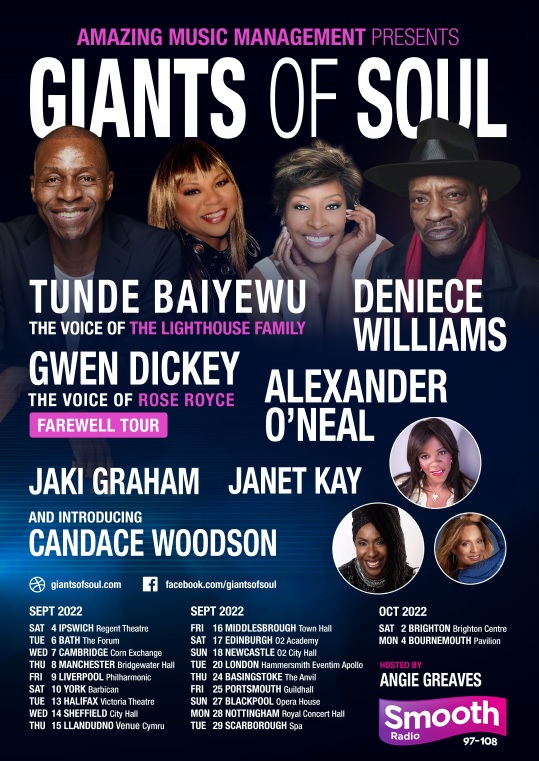