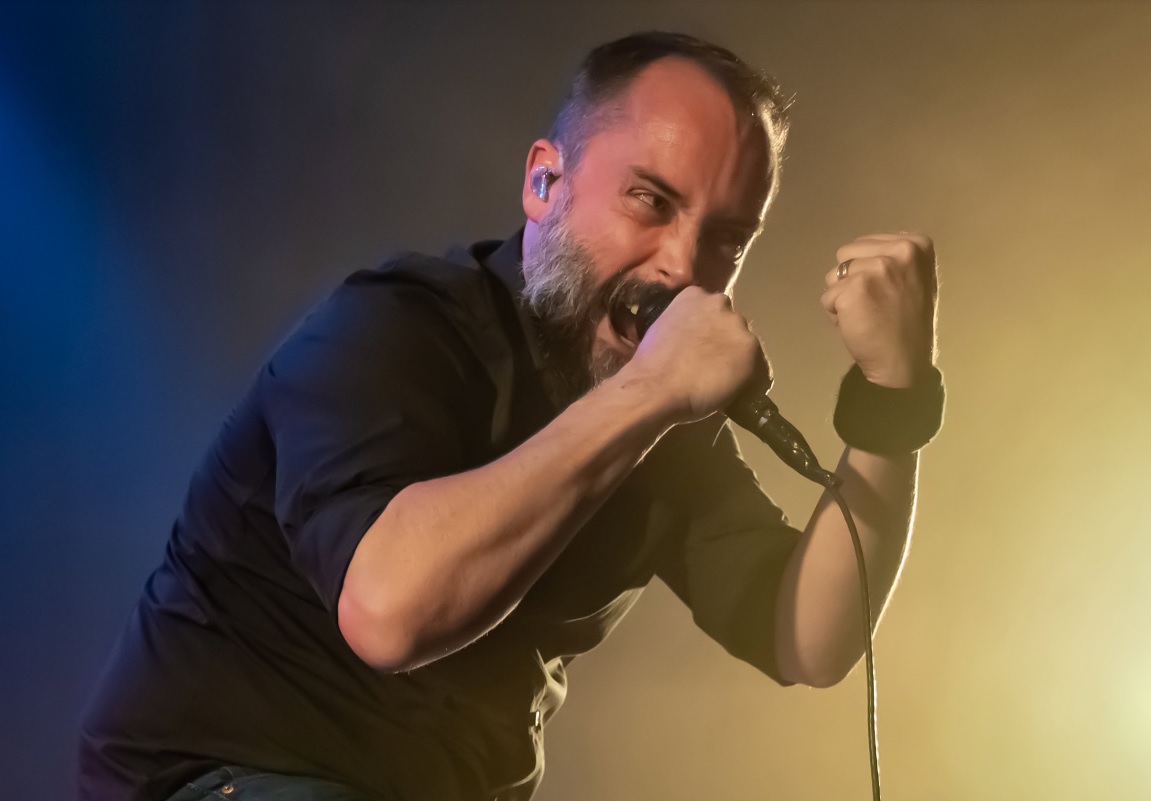 Clutch arrive at the Brighton Dome to promote their ‘Sunrise On Slaughter Beach’ album, the title of which is not intended in the least to mess with your mind. Support comes from Green Lung and Tigercub. 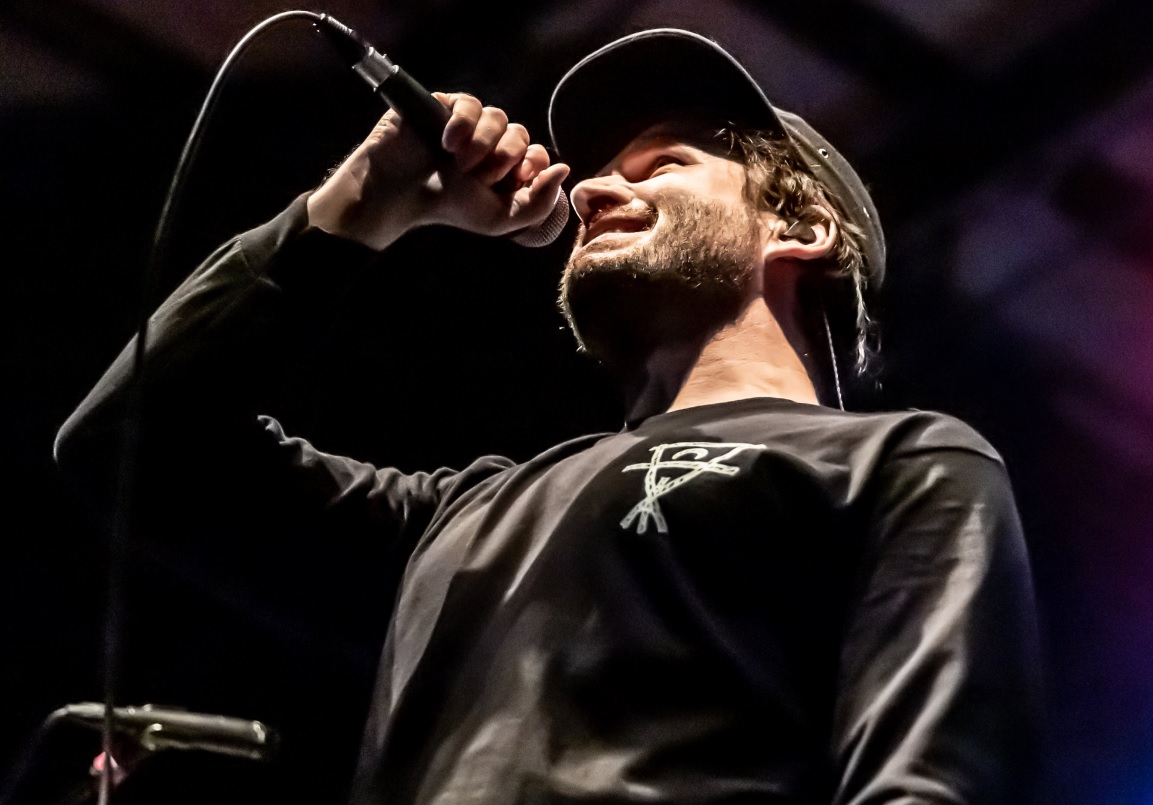 Unfortunately due to a slow and quite nightmarish drive to Brighton through torrential rain and floods, I only catch the tail end of Green Lung’s set. However, what I did see was some quite efficient heavy metal from this five piece, comprising Tom Templar on vocals, Scott Black on guitar, Joseph Ghast on bass, Matt Wiseman on drums and John Wright on organ. 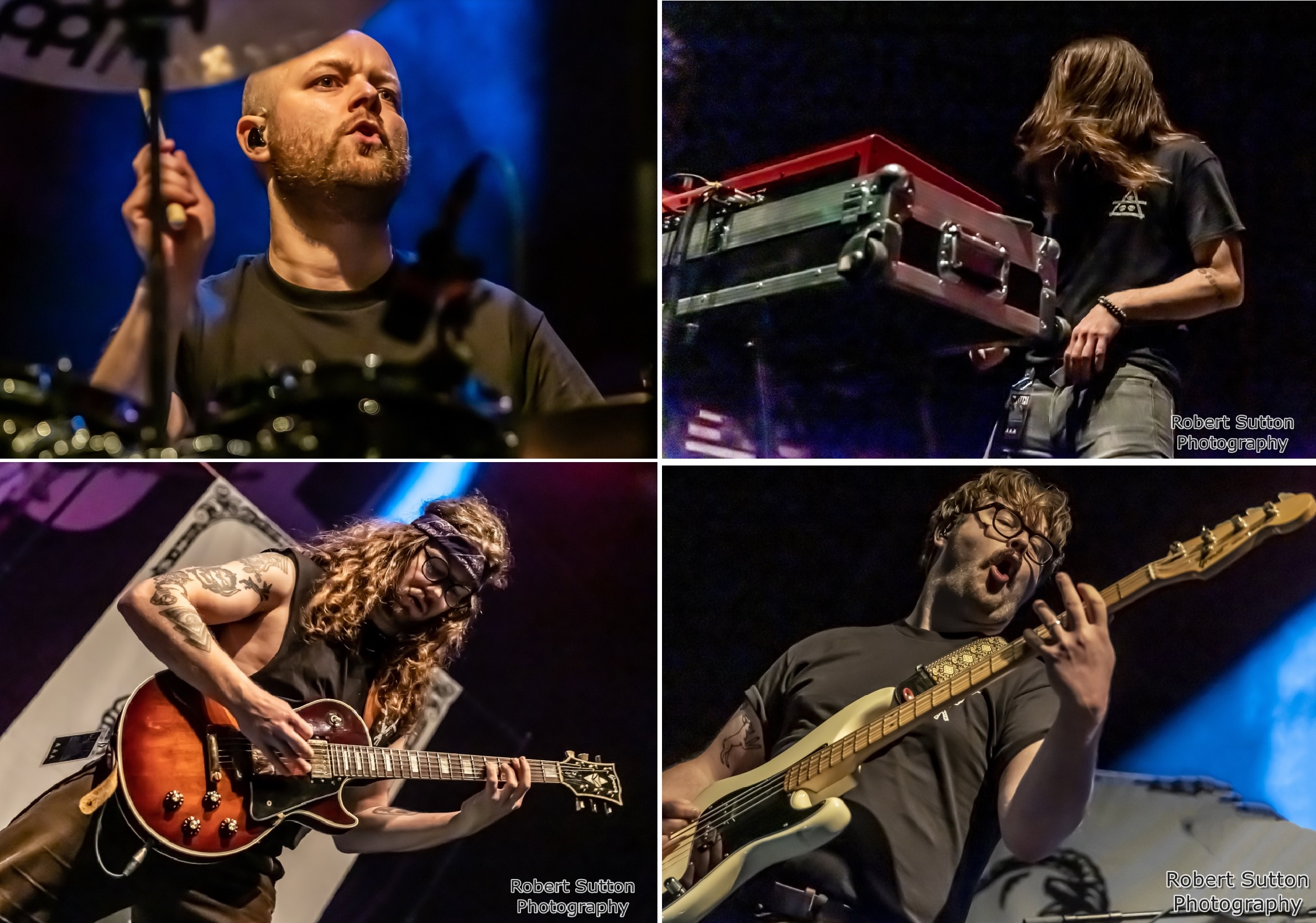 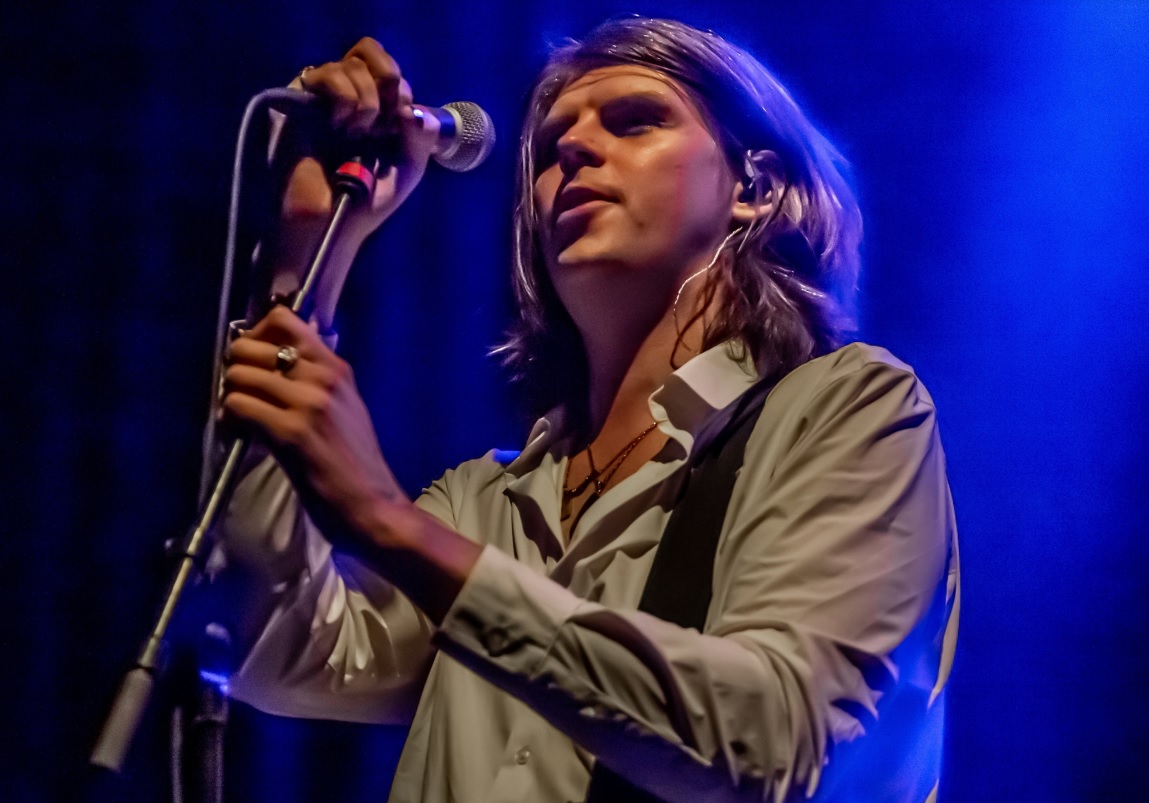 In short order, Green Lung are followed by Tigercub, who comprise Jamie Hall on vocals and guitar, Jimi Wheelwright on bass and James Alix on drums. At first I’m convinced that the band are American. So much so that when Jamie hall says “it’s so, so, so good to be home” I just think “yeah right, I bet you say that at every gig.” Anyway, it transpires that Tigercub are indeed a Brighton band. So much for my cynicism! 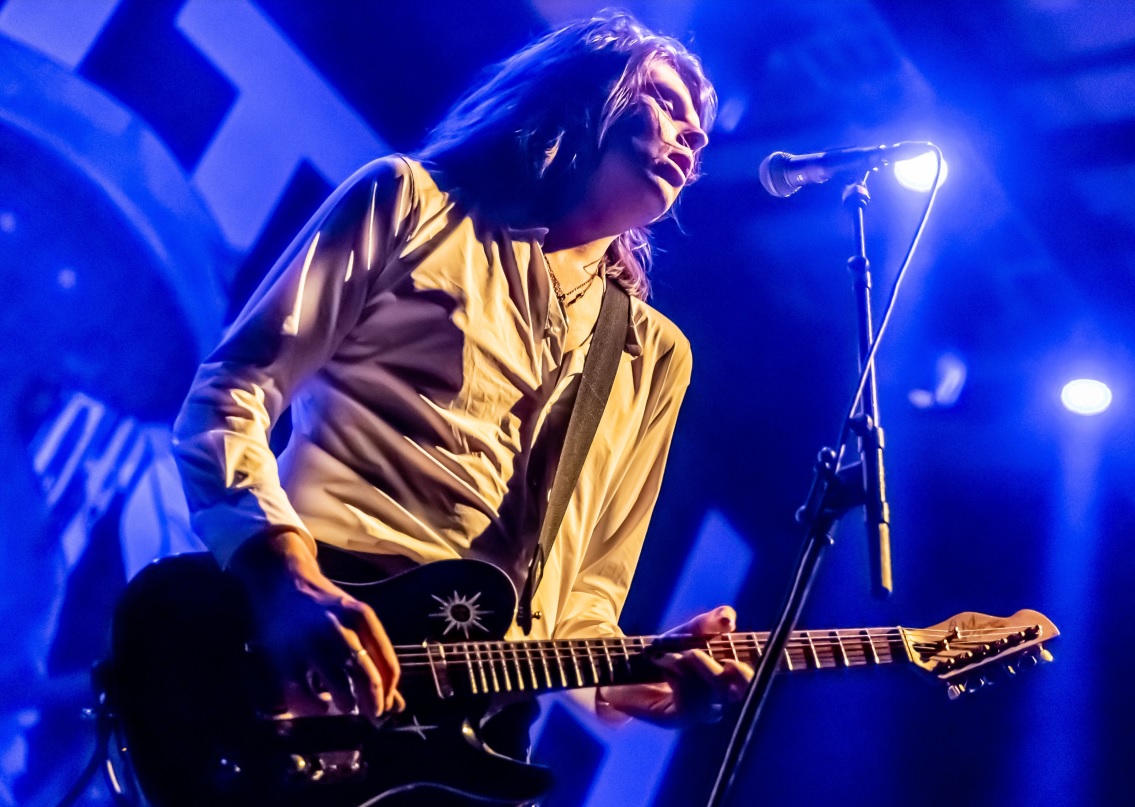 Jamie Hall is one of those clever souls who can sing really well and play a stunning guitar solo at the same time. No, I’m not in the least bit jealous! My only criticism is that feedback is used a bit too frequently to begin and end songs. After the fourth time it can become a bit samey. However, Jamie comes up with such coruscating solos that I think I can overlook the feedback. 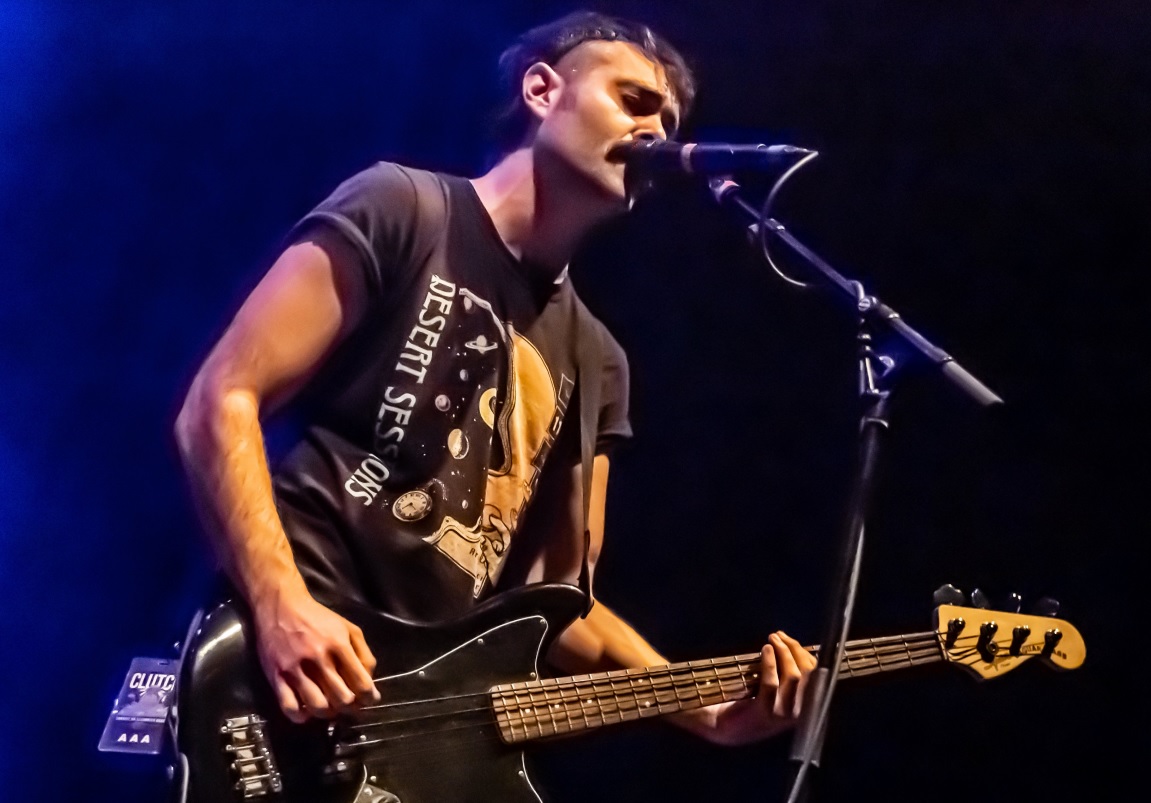 There is the odd song which is a paean to the rock ‘n’ roll lifestyle. One song, for example, is “about getting f*cked up”. They’re a professional band, they tell us. They tune their own guitars and carry their own gear. They don’t get people to “do stuff” for them. So are they saying that bands who have a full crew are not professional? Surely not! 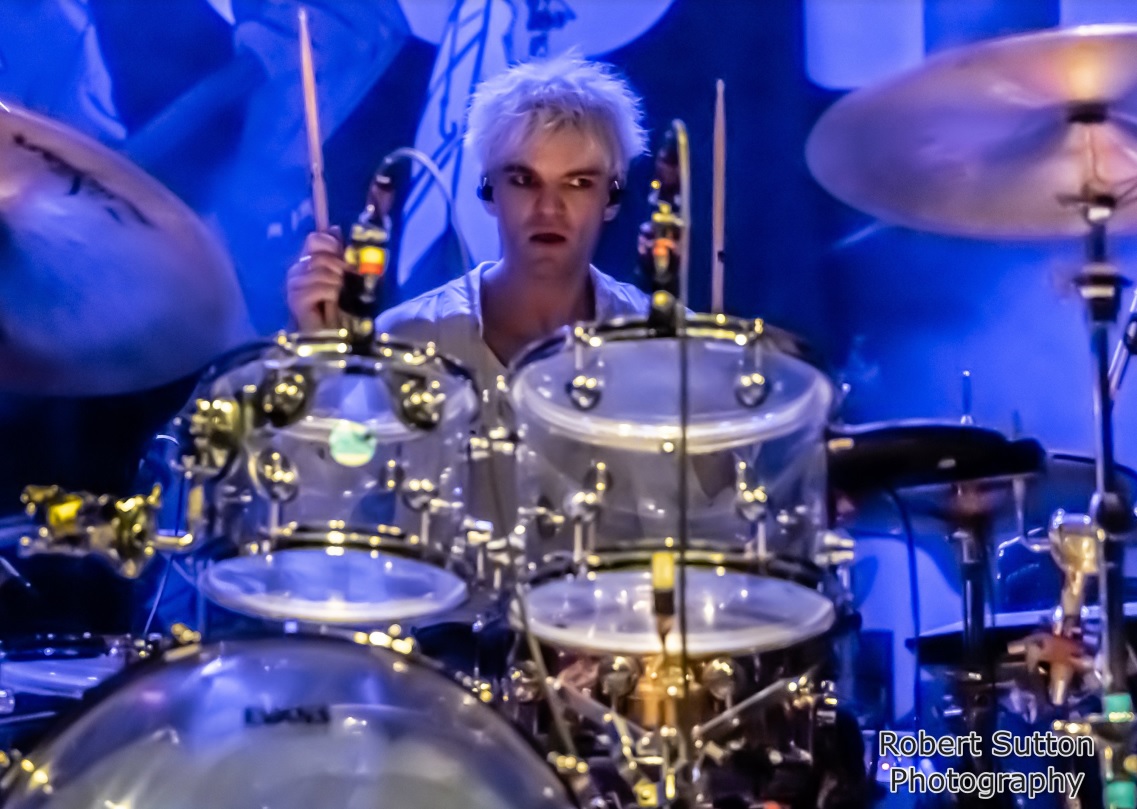 Control’ sounds as if it could have been by Mansun (remember them?). There’s what sounds like a harp on the backing track, and it is probably the most tuneful and indeed, interesting song of the set so far. The next song ‘Stop Beating On My Heart (Like A Bass Drum)’, which is slow, riffy and powerful, starts with what sounds like a male voice choir on the backing track. Unfortunately Tigercub’s time on stage is finite, and their closing song ‘Beauty’, which starts off with some impressive guitar soloing, comes to a rather abrupt end, possibly prematurely. Still, it’s been a most enjoyable performance. 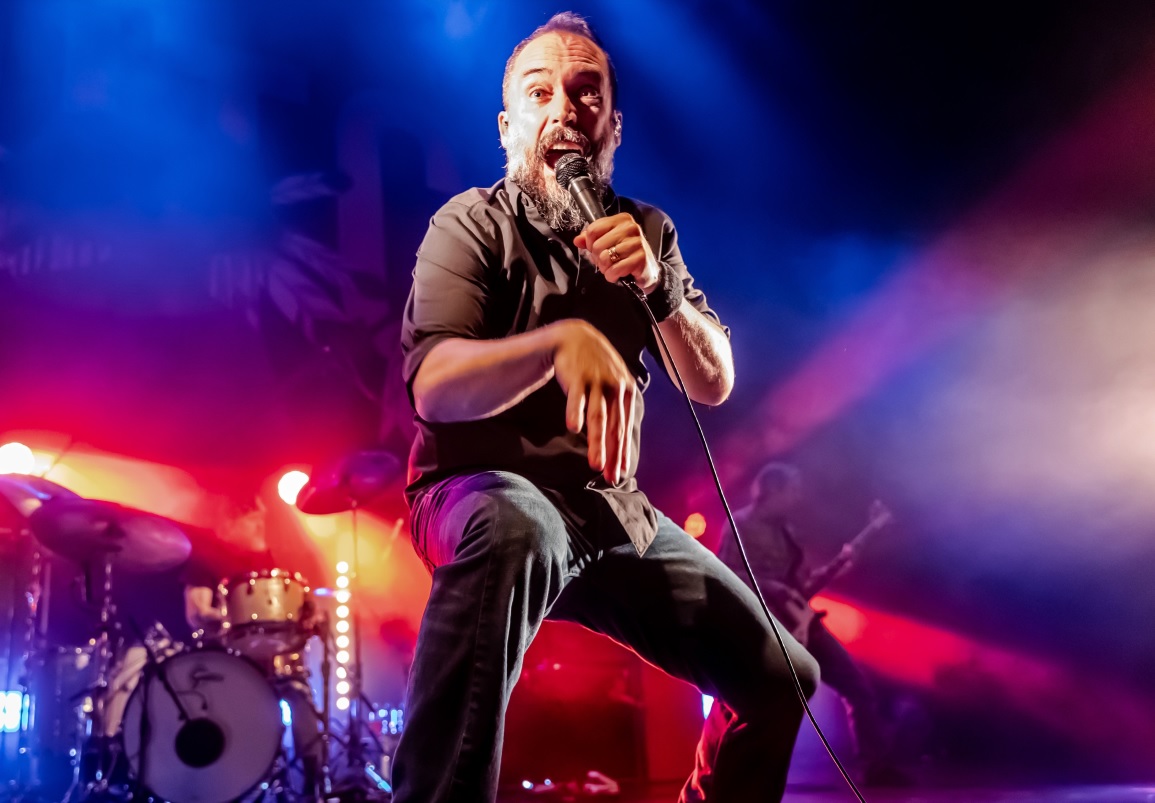 Clutch have now been around for over thirty years, and they consist of Tim Sult on lead guitar, Dan Maines on bass, Jean-Paul Gaster on drums, and Neil Fallon on guitar, vocals and keyboards. Neil doesn’t play keyboards tonight, but he does play a theremin. 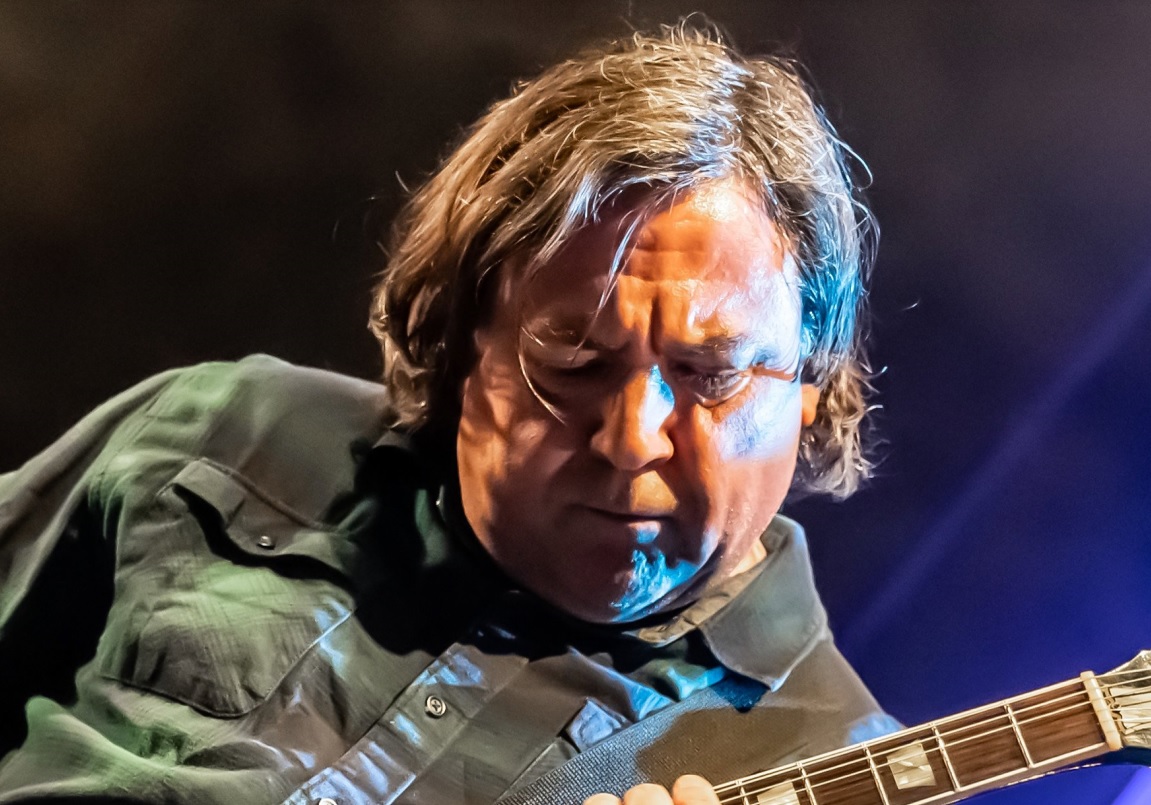 On record Neil sounds pretty gruff, and you get the impression that you really wouldn’t want to mess with him. In person he actually looks quite urbane, and when he speaks he sounds a complete gentleman! 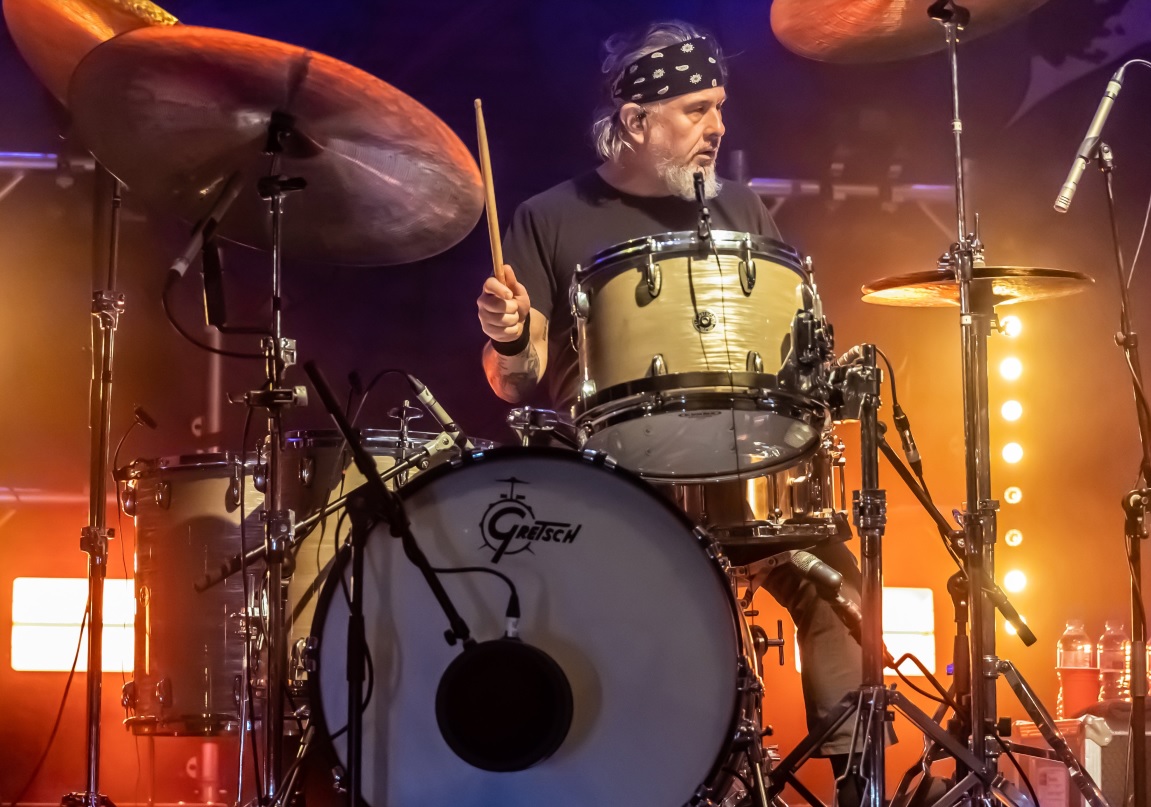 Opening song ‘Sea Of Destruction’ is Zeppelinesque in its riffiness. Neil straps on a guitar for second song ‘The Soapmakers’. There are some interesting and surprising tempo changes on display here. Neil swaps guitar solos with lead man Tim Sult. During this song someone throws an almost full pint onstage. The crew have to come and clean it up. Neil Fallon introduces them and tells off the pint thrower, telling him “this is not their job.” Neither should it be. 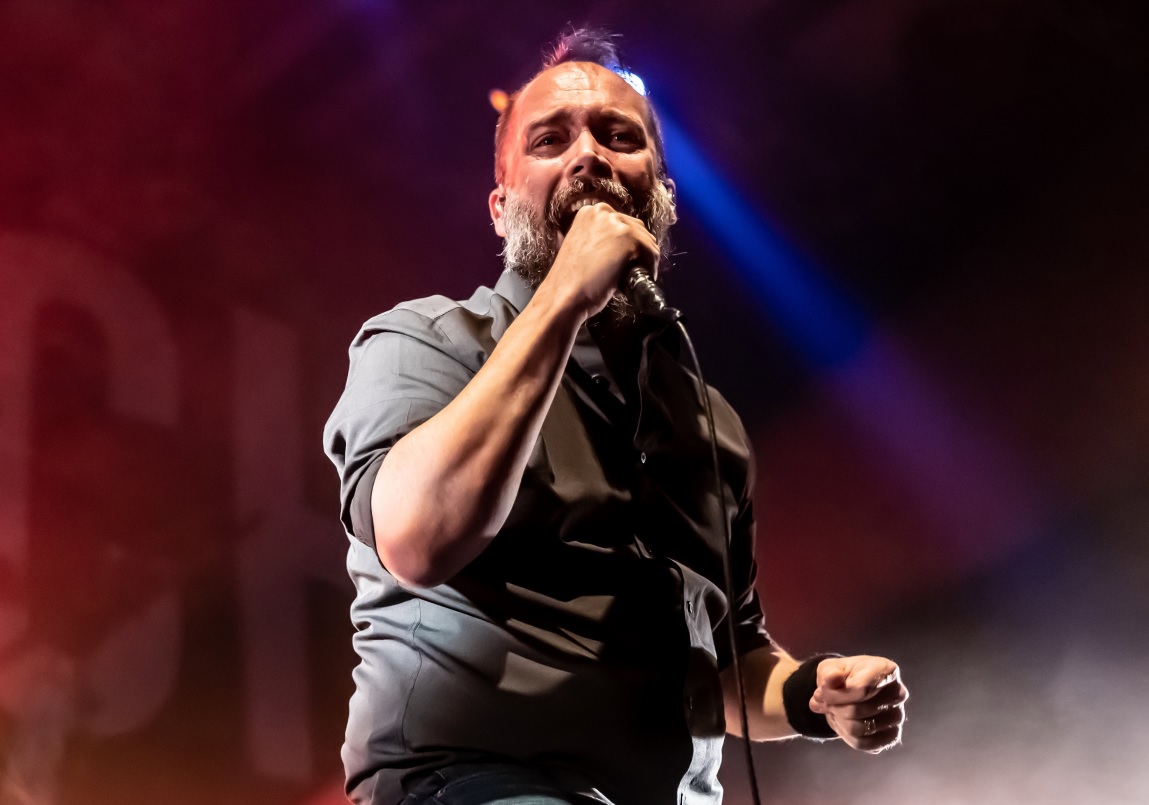 Clutch are that very rare beast: a band that sounds better live than they do on record. The Who are another prime example. The band are obviously proud of American music. They have a song called ‘Willie Nelson’, who Neil Fallon describes as “America’s greatest export”. This is roots based heavy rock. 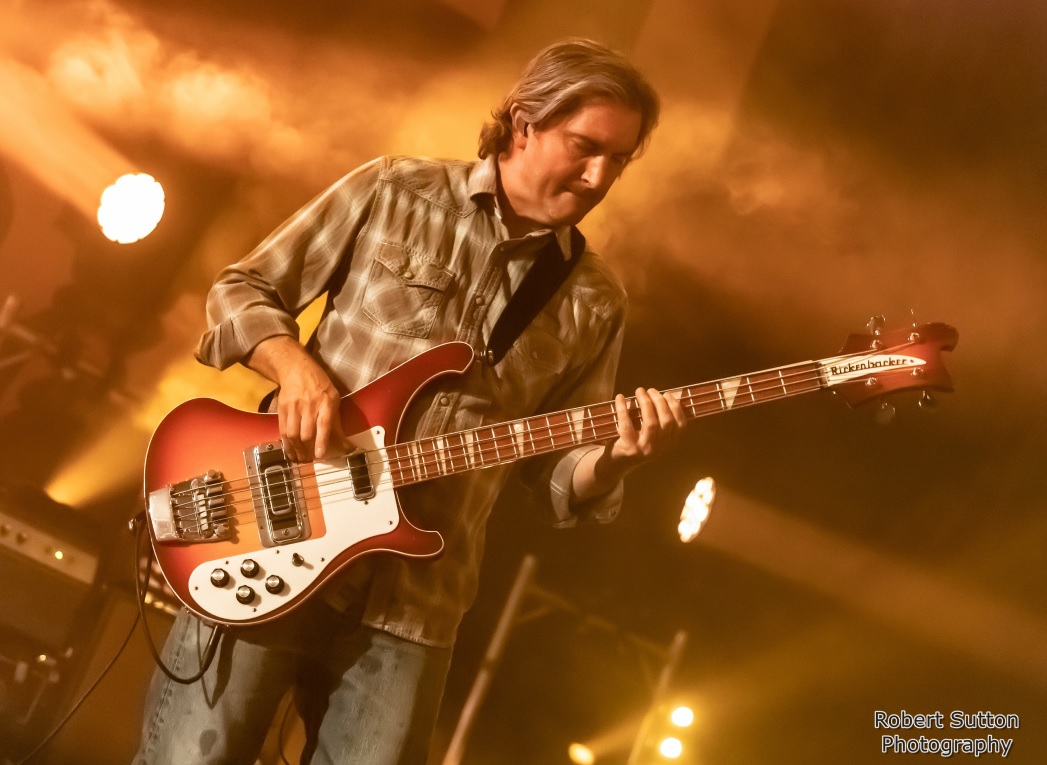 There are definitely some metallic edges, but there are also elements of 1970s hard rock, together with hints of blues and Americana. There is also the occasional flavour of ZZ Top, and occasional hints of rap as well. The whole lot is built upon a bedrock of basic human decency. 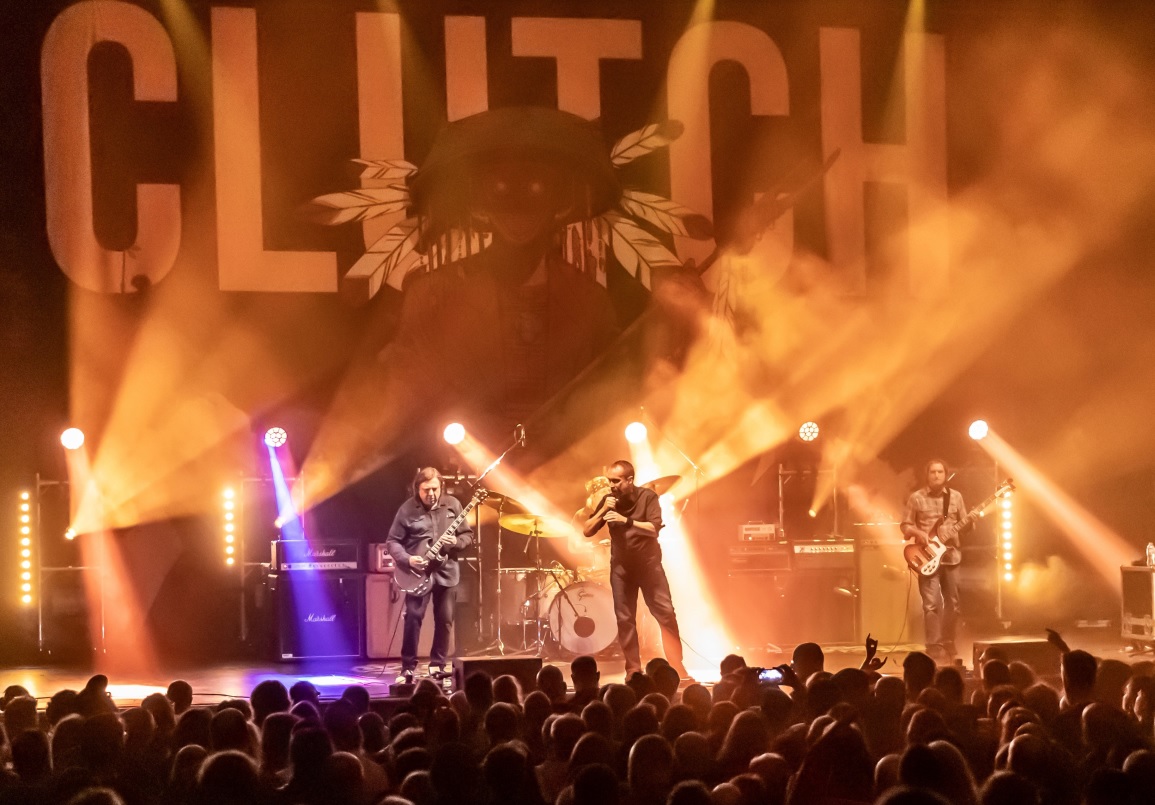 When they play instrumentally speaking as a three piece, they are absolutely classic. This is with all due respect to Neil Fallon, whose own guitar input is pretty spectacular in itself. Mr Fallon thanks Tom Dalgety who produced their most recent album ‘Sunrise On Slaughter Beach’, for introducing him to “the wild and wonderful theremin”, which he then proceeds to use. This goes down very well with the crowd. Well, everyone loves a theremin don’t they? 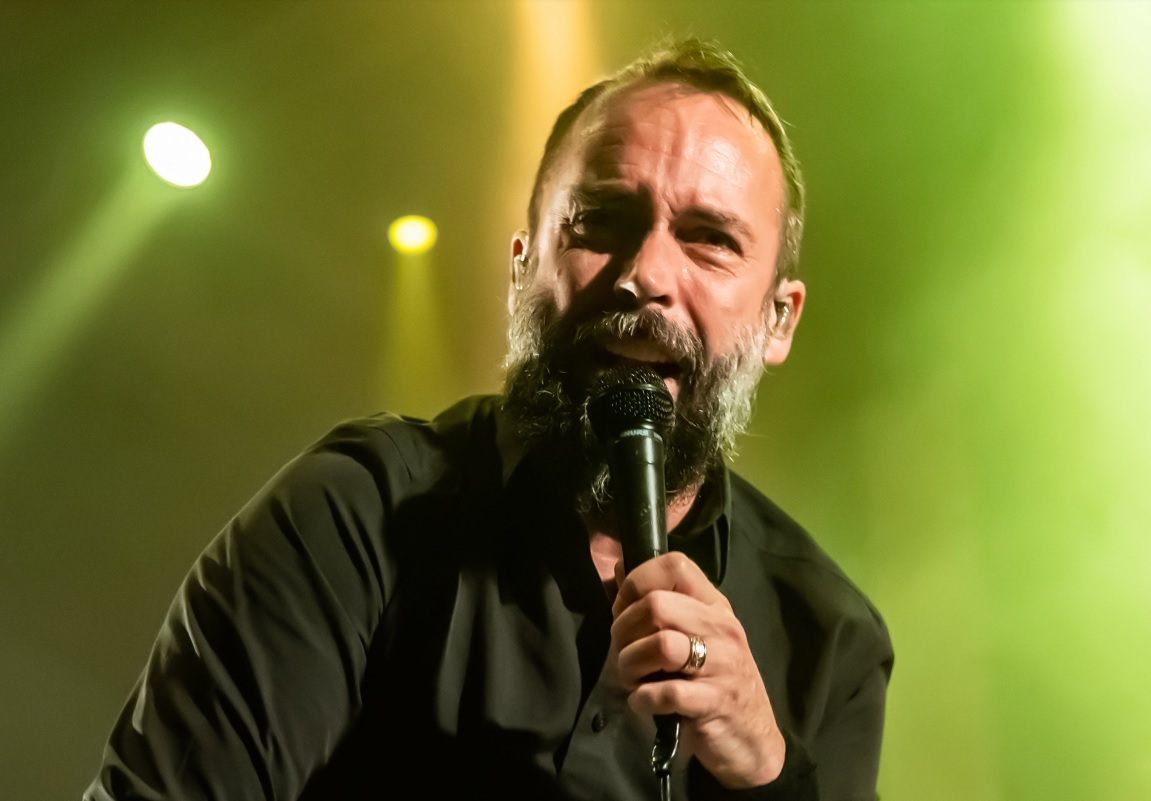 Next up he’s wielding what he describes as “a military grade tactical tambourine.” Following that he’s regaling us with slide guitar licks. Is there no end to this man’s talents? The main set ends with ‘The Wolf Man Kindly Requests…’ They’ve been onstage for one and a quarter hours, so not the longest set of all time, but certainly one of undeniable quality. 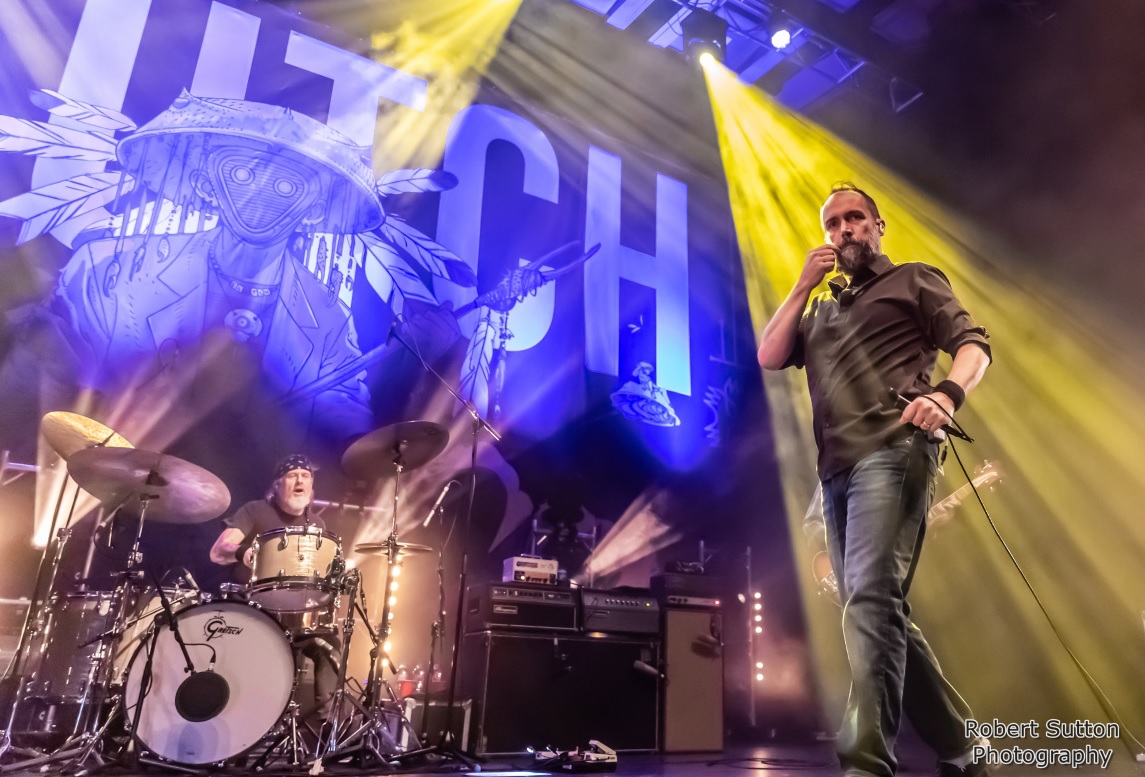 They return after about five minutes, with Neil Fallon announcing “we’re going to close up with some old numbers, for all you young folks!” What we get is ‘Passive Restraints’ from the 1992 EP of the same name, ‘Impetus’ from the same EP, and ‘A Shogun Named Marcus’, the opening song from their debut album ‘Transnational Speedway League: Anthems, Anecdotes And Undeniable Truths’. These choices of encores show just how rap influenced their early material was, and also highlights their interest in motorsport. 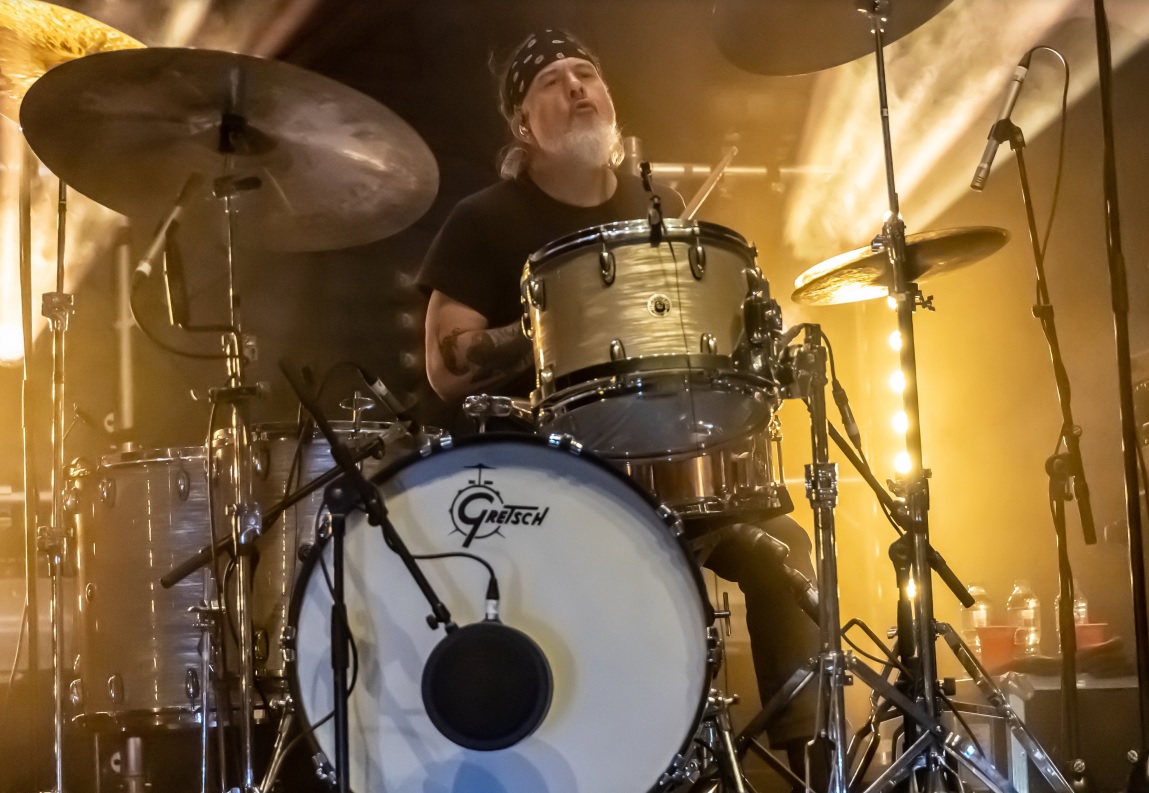 Clutch are every inch the well established classic rock band, with the extensive back catalogue to back up that status. Tonight’s gig wasn’t a sell-out, which surprised me. No matter. Those of us that were there were entertained to within an inch of our lives! 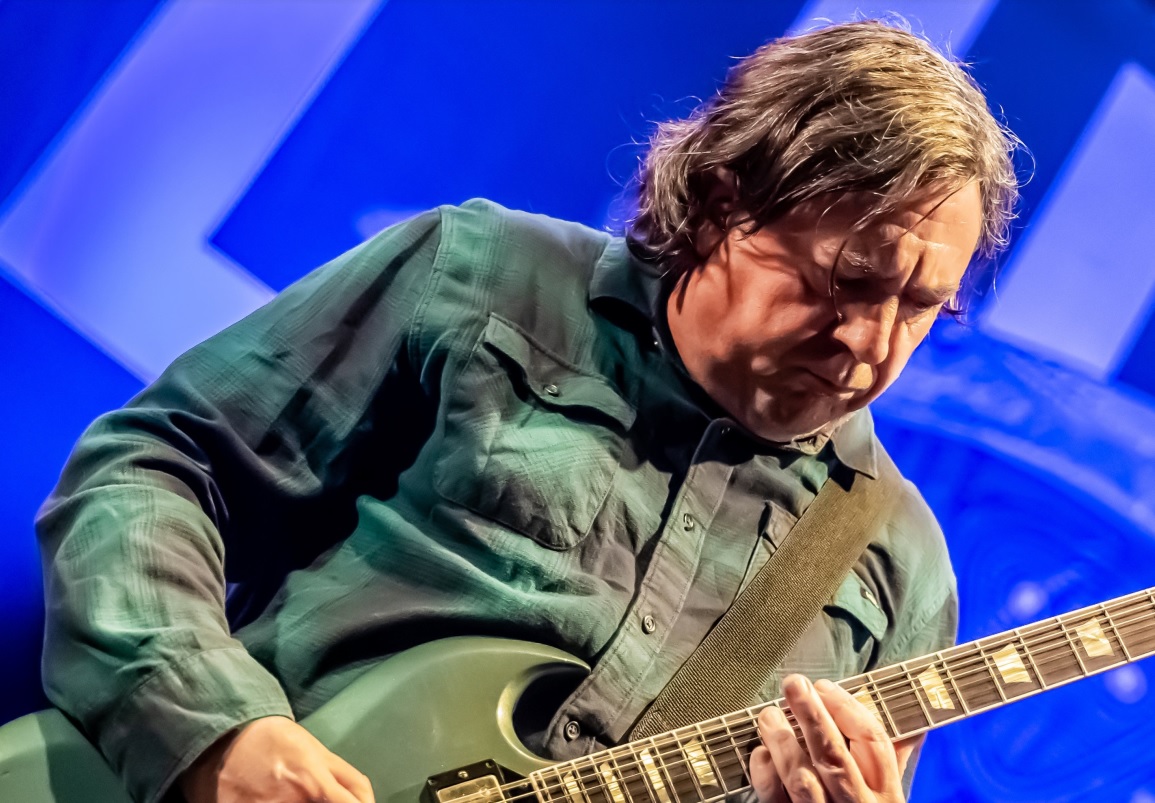 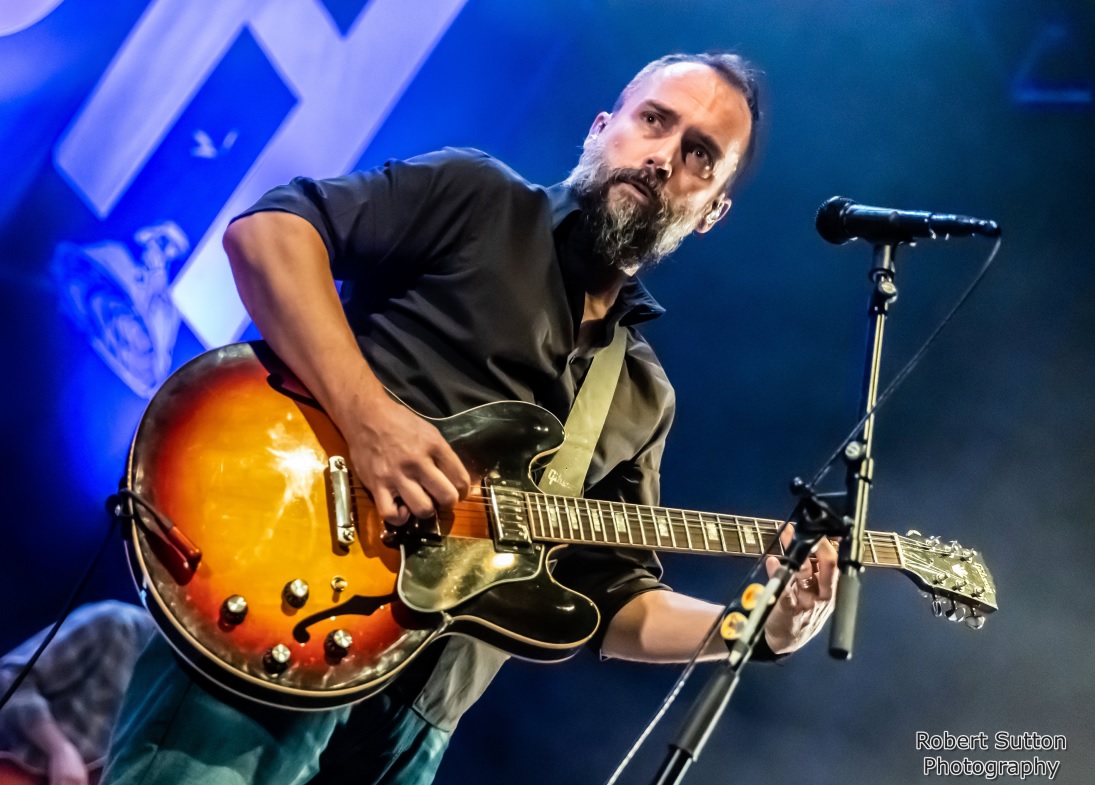 Further information on Clutch can be found HERE. 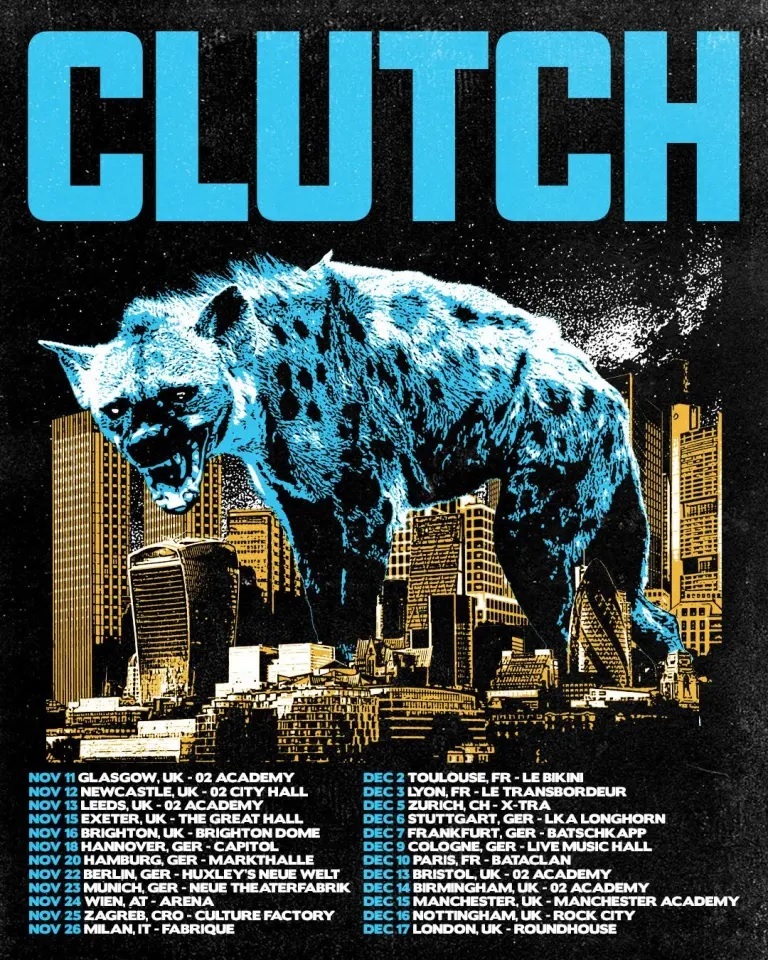 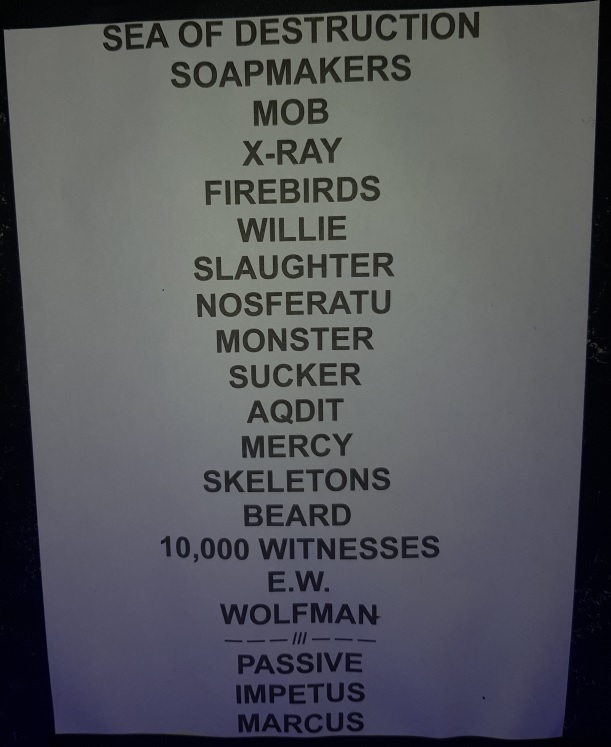