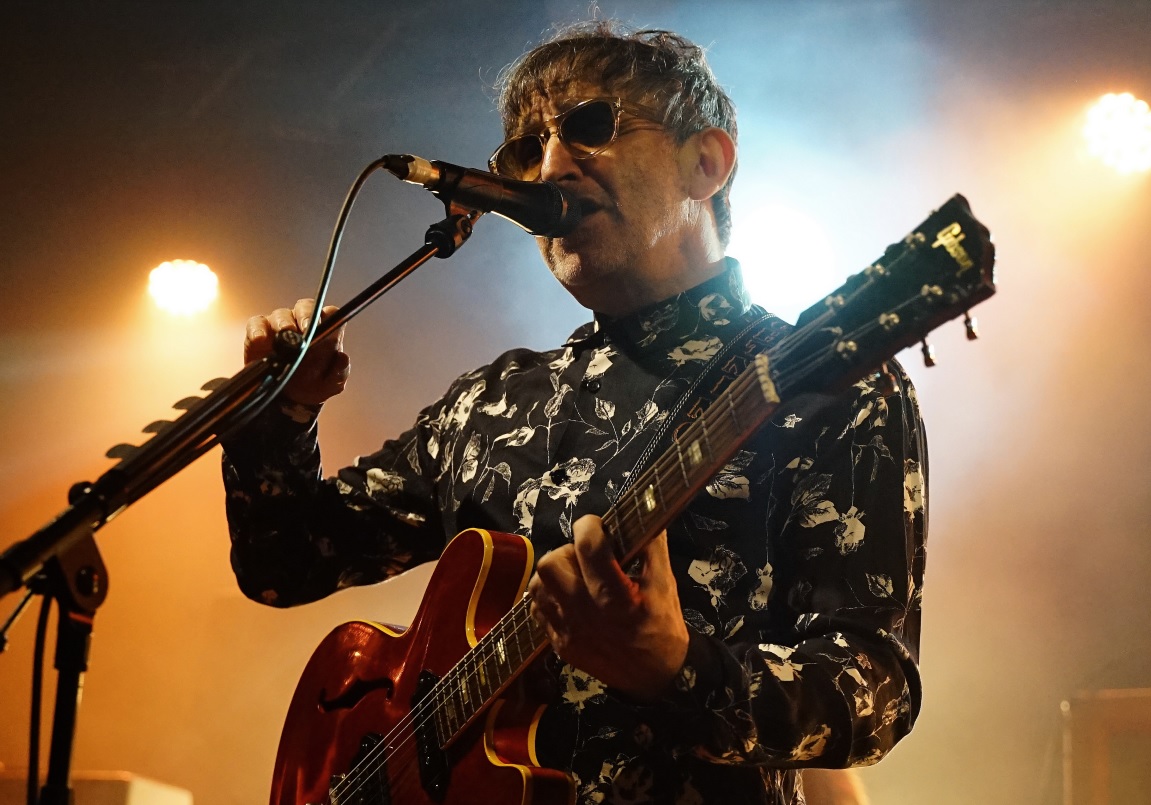 The Brighton & Hove News Music Team had the opportunity of seeing the Britpop heavyweights the Lightning Seeds perform live in Brighton at Chalk as part of their ‘Hits UK Tour’. It simply was an offer that we couldn’t refuse, with the Lightning Seeds playing their incredible back catalogue. 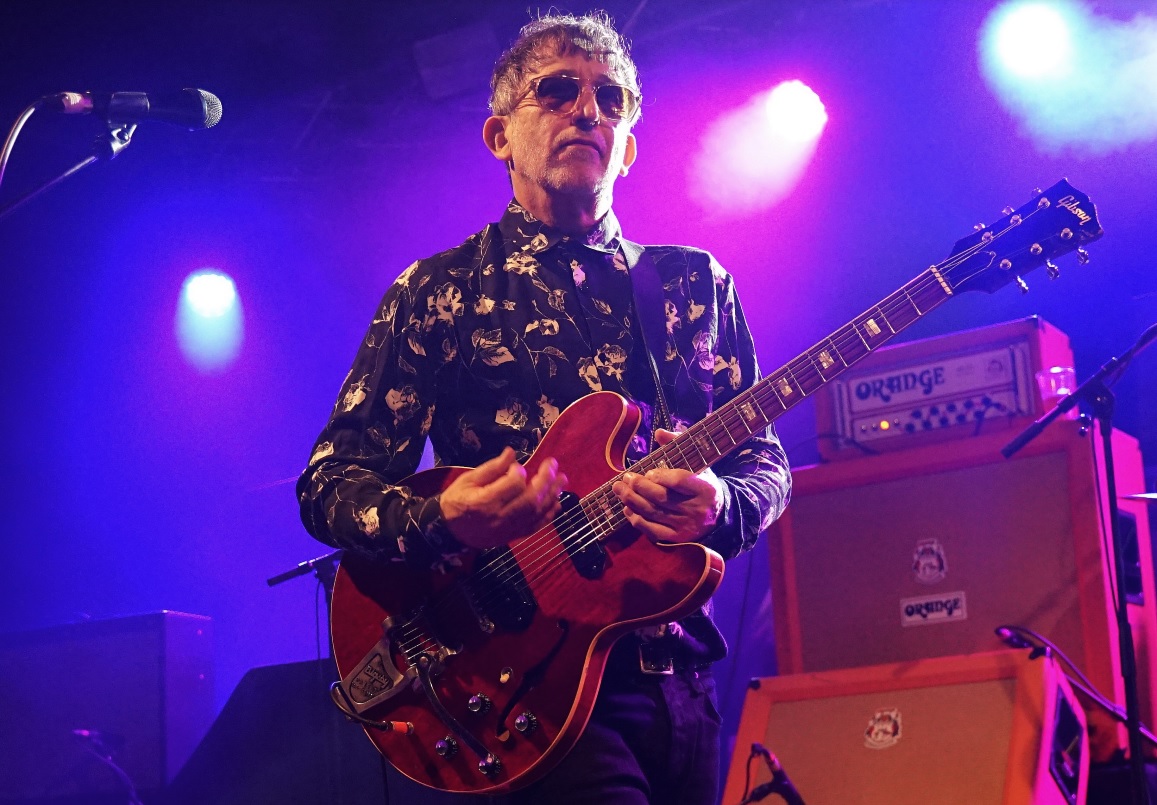 The Lightning Seeds are the brainchild of the singer guitarist Ian Broudie. He emerged originally from the post punk scene in Liverpool in the late seventies with a band called ‘Big In Japan’. This led him to producing several bands starting with ‘Echo and the Bunnymen’. In 1989 Ian as The Lightning Seeds produced his first album ‘Cloudcuckooland’, featuring the hit single ‘Pure’ and later on their musical career, the seminal ‘Jollification’ album! 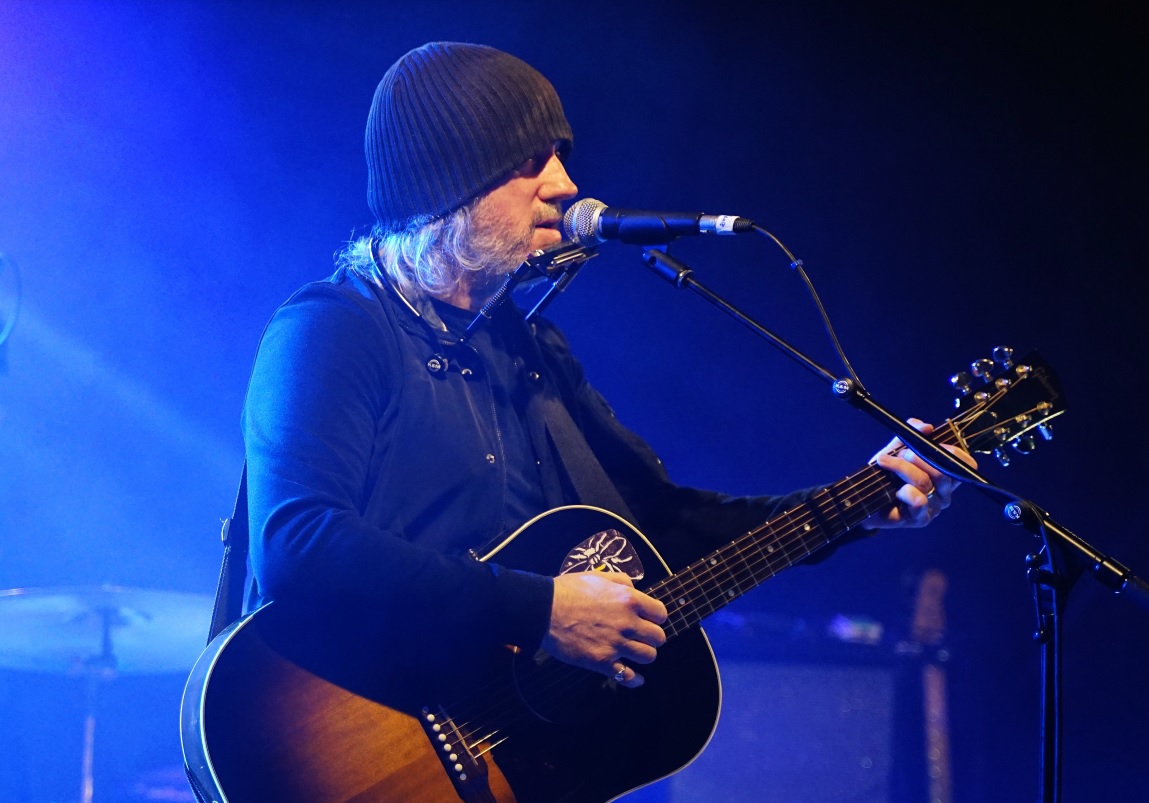 Support from tonight’s show came from ‘Badly Drawn Boy’ aka Damon Michael Gough, who won critical acclaim with his album ‘The Hour Of Bewilderbeast’ back in 2000. 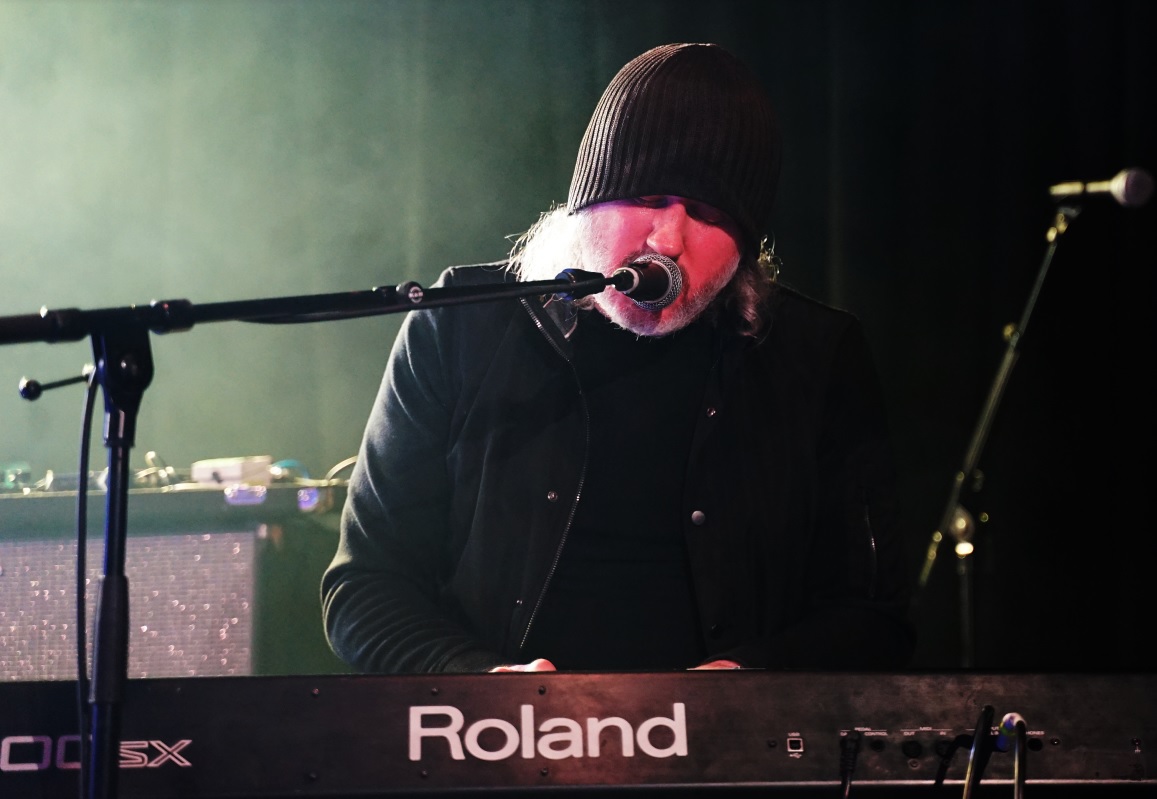 Wearing his trademark beanie hat Damon comes on stage to an already filled to the brim Chalk venue, who are present in order to watch his charismatic acoustic set. He ran through some of his best known songs, including ‘Something To Talk About’ and the piano led ‘Silent Sigh’ which is memorably featured in the Hugh Grant film ‘About A Boy’. 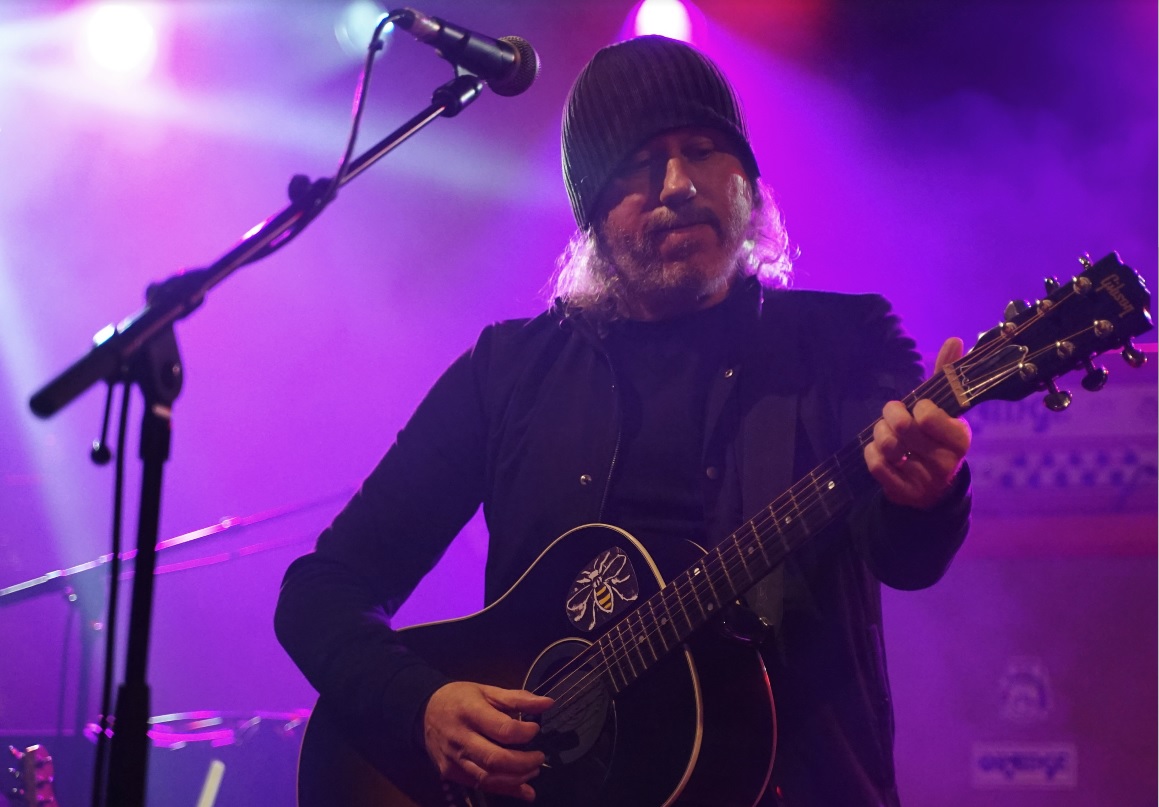 Badly Drawn Boy setlist:
‘This Song’
‘The Shining’
‘This Is A New Song’
‘Something To Talk About’
‘A Minor Incident’
‘All Possibilities’ (with snippet ‘Thinking Of You’ by Sister Sledge’)
‘Born In The UK’
‘Once Around The Block’
‘You Were Right’’
‘Fly On The Wall’ (on the piano)
‘Silent Sigh’ (on the piano) 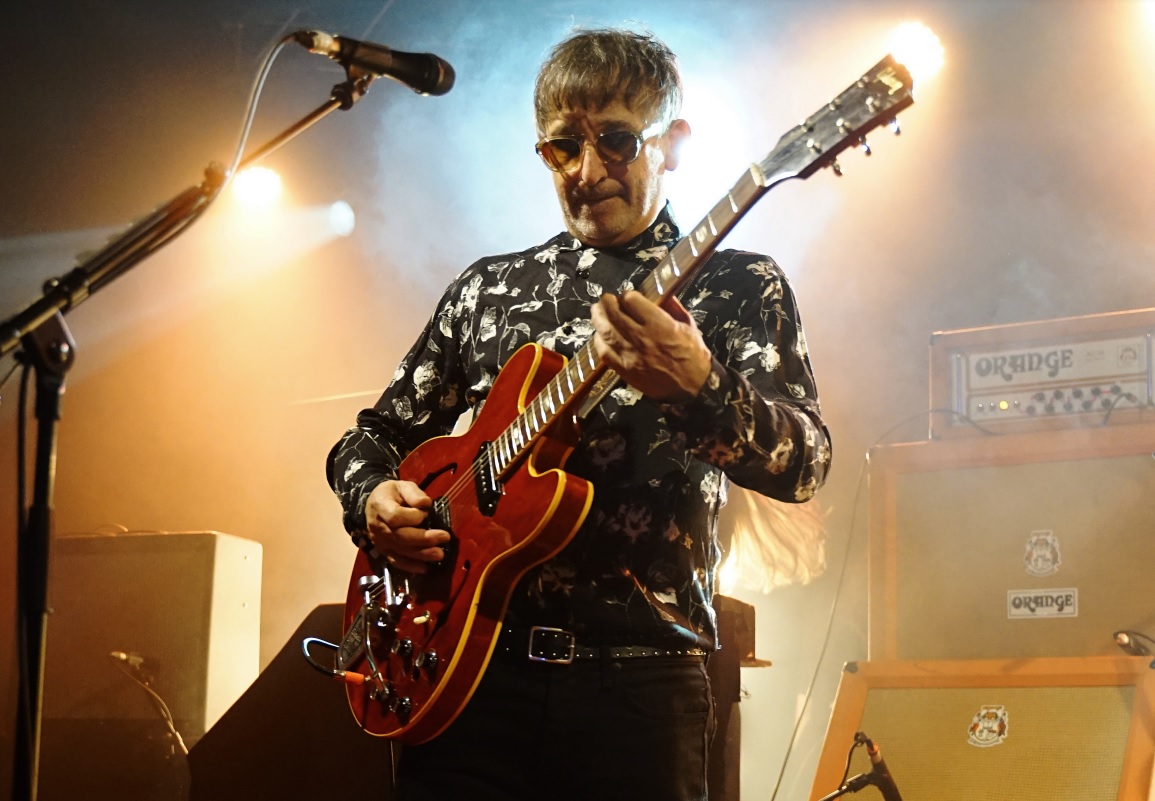 Ian Broudie and his four piece band, the Lightning Seeds, come on stage to the attention and ecstatic applause from the dedicated audience announcing that “You expect to hear old and new songs played tonight”, but overall the set lent more towards his their older material. 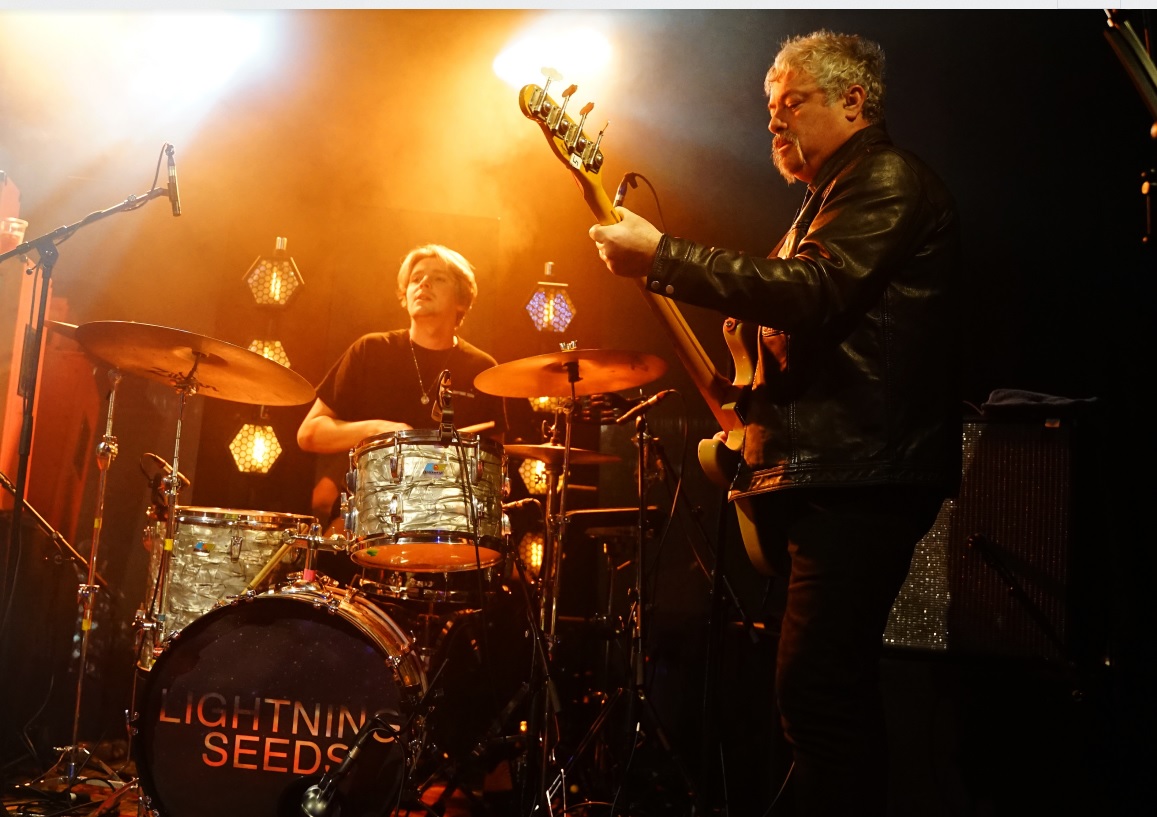 The opening track ‘Sunshine’ is taken from their latest album ‘See You In The Stars’ which was quite upbeat with a 90’s indie pop feel. 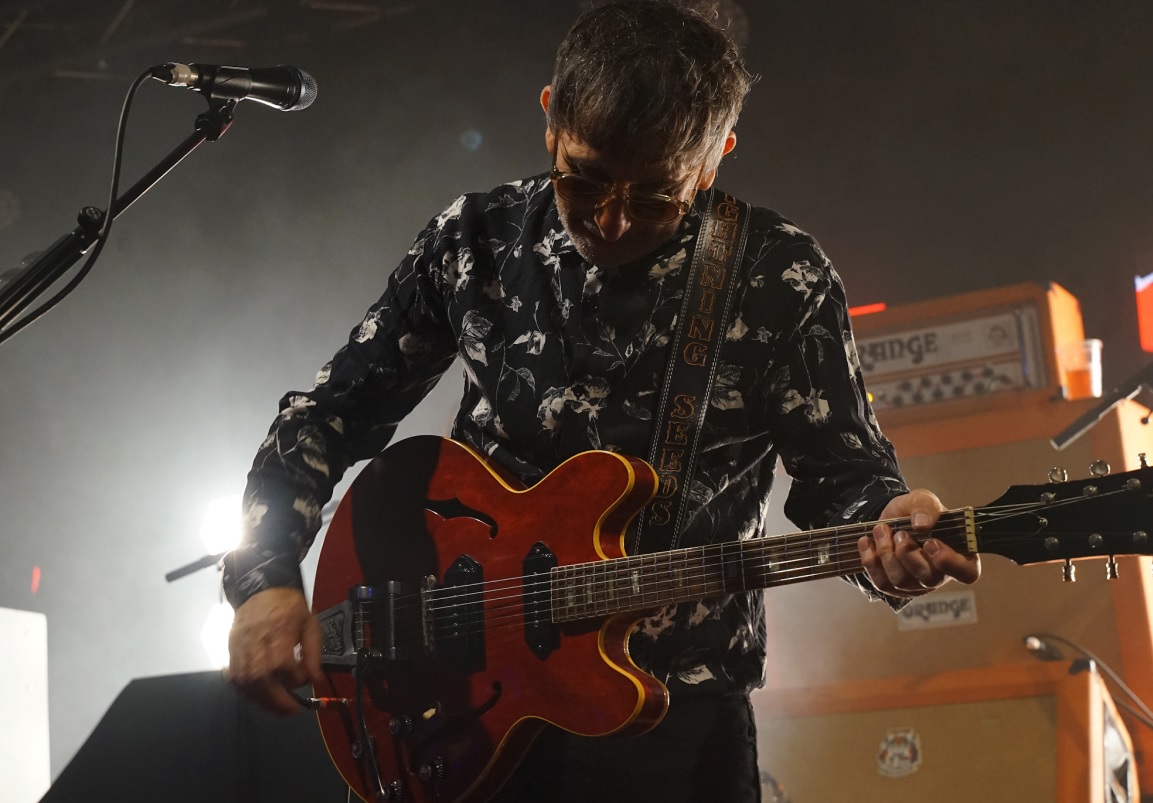 Songs from the band’s arguably most popular ‘Jollification’ album made up a large portion of tonight’s show, to the delight of the tightly packed fans that turned out in force to dance and sing along inside this hot Chalk venue. 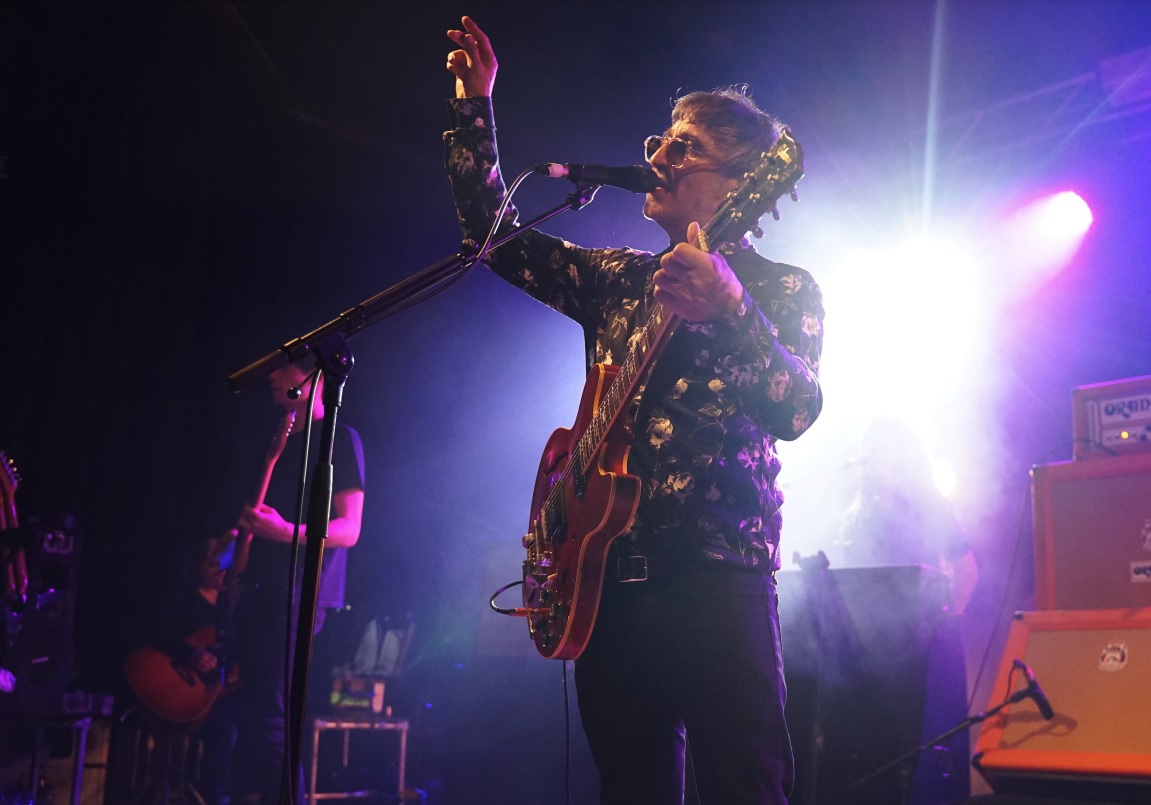 The highlights being a great guitar solo with ‘Lucky You’ and ‘Sugar Coated Iceberg’, some classic memorable festival anthems! 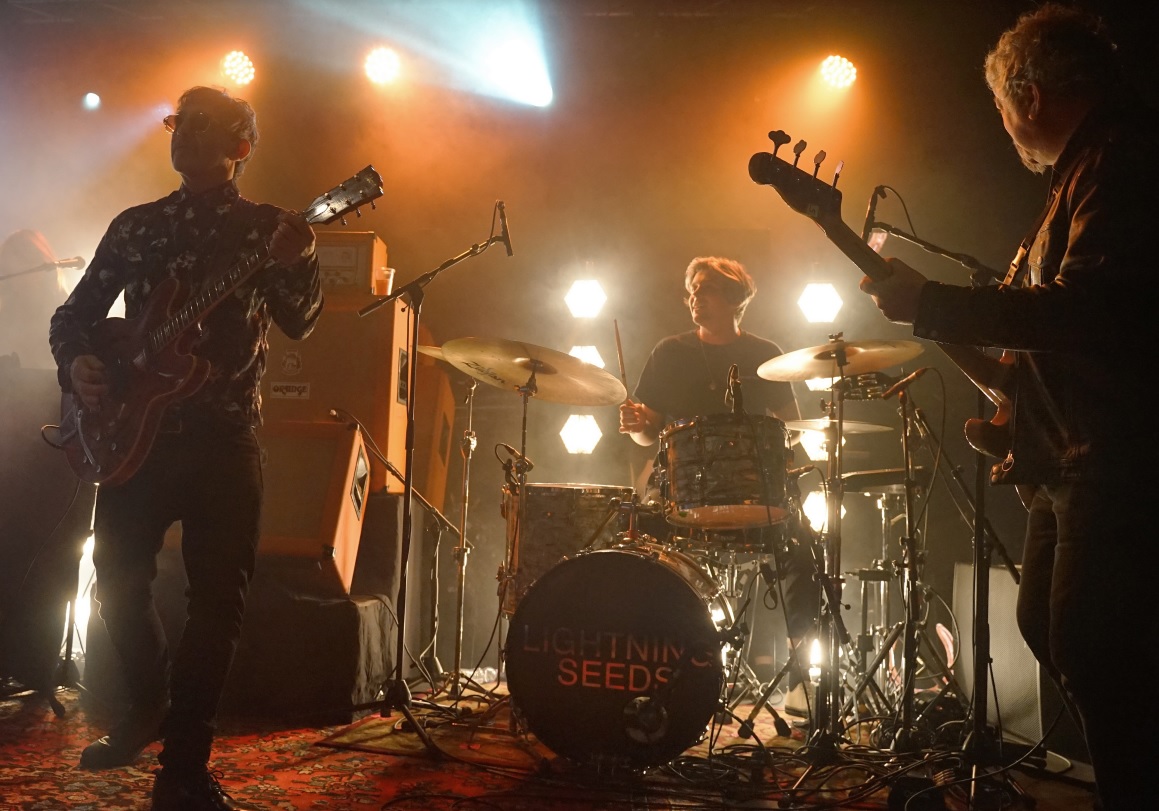 ‘Pure’ and ‘Life Of Riley’ rounded off the evening nicely in style with a nice surprise classic encore of ‘Three Lions’ being played out which sparked a mass jump and shout sing along with everyone at Chalk, with the World Cup just around the corner. You could tell that everyone went away with fondness and a smile on their faces for this classic Indie night 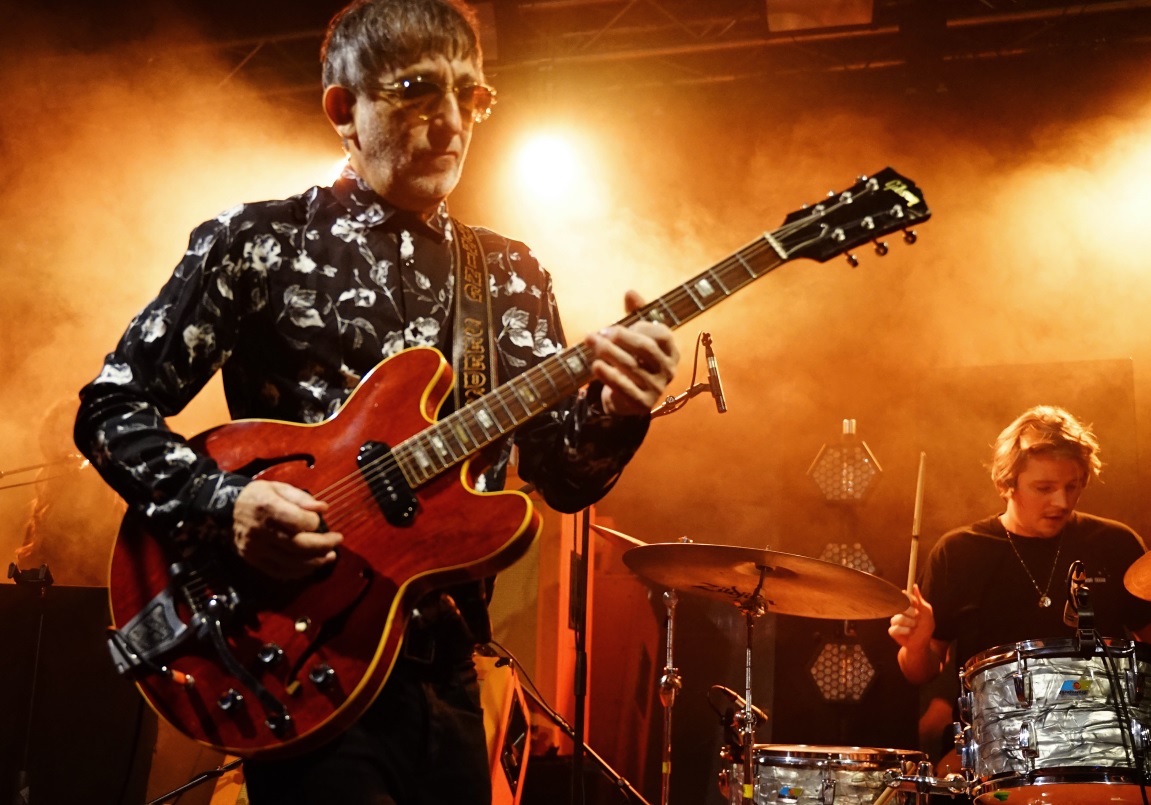 The Lightning Seeds setlist:
‘Sunshine’
‘Ready Or Not’
‘Change’’
‘All I Want’
‘Lucky You’
‘Feeling Lazy’’
‘Perfect’’
‘Great To Be Alive’
‘Sense’
‘Whole Wide World’ (Wreckless Eric cover)’
‘What If’
‘Waiting For Today To Happen’
‘You Showed Me’ (The Byrds cover)
‘Telling Tales’
‘Losing You’
‘Emily Smiles’
‘Sugar Coated Iceberg’
‘Pure’
‘The Life Of Riley’
(encore)
‘Marvellous’
‘Three Lions’ 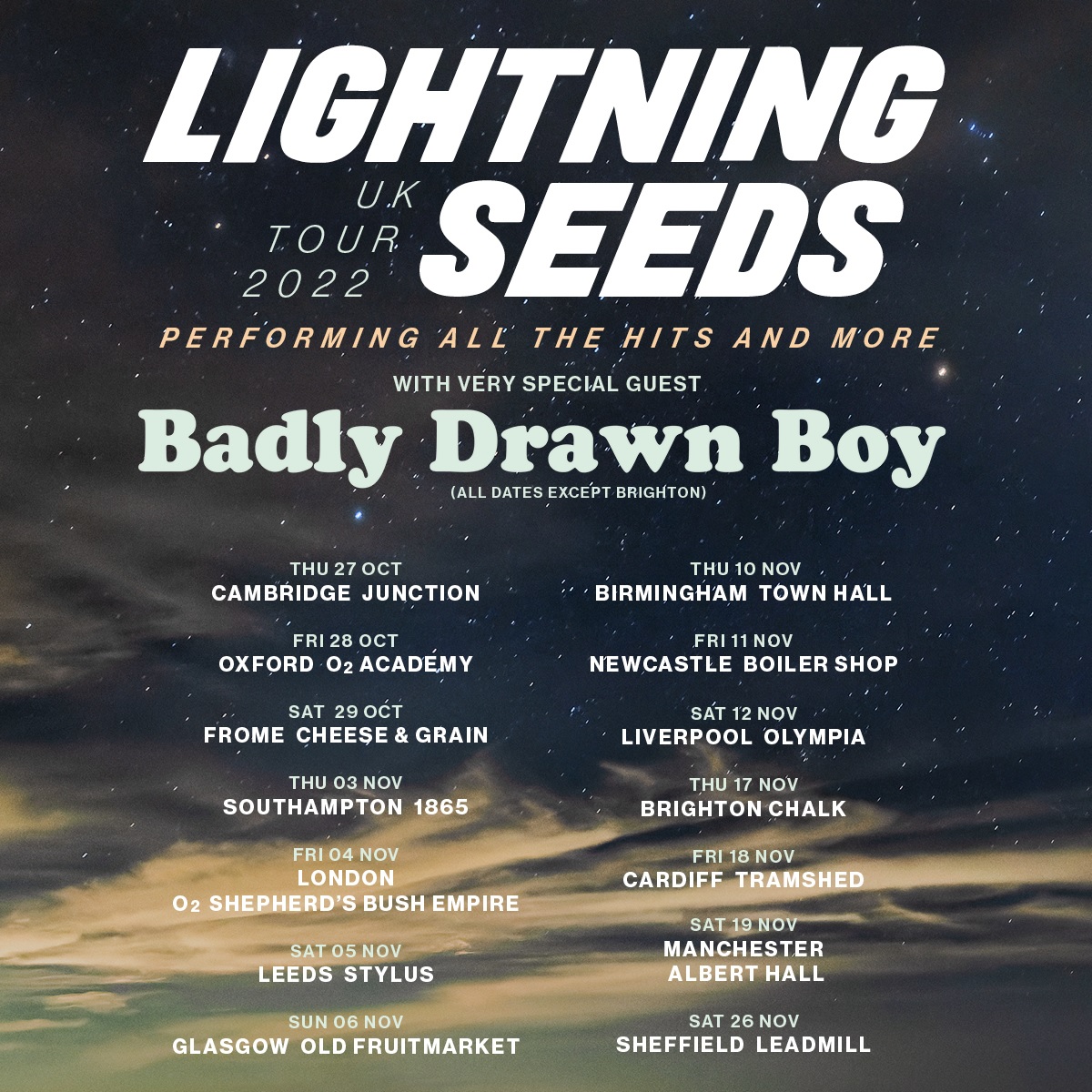 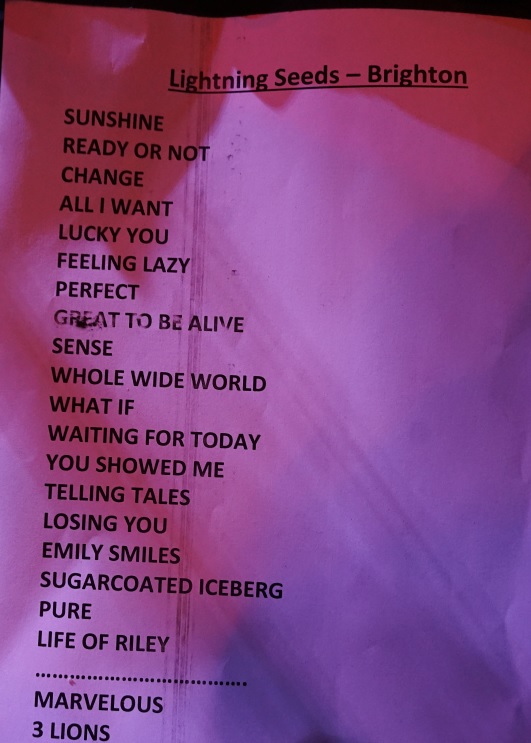