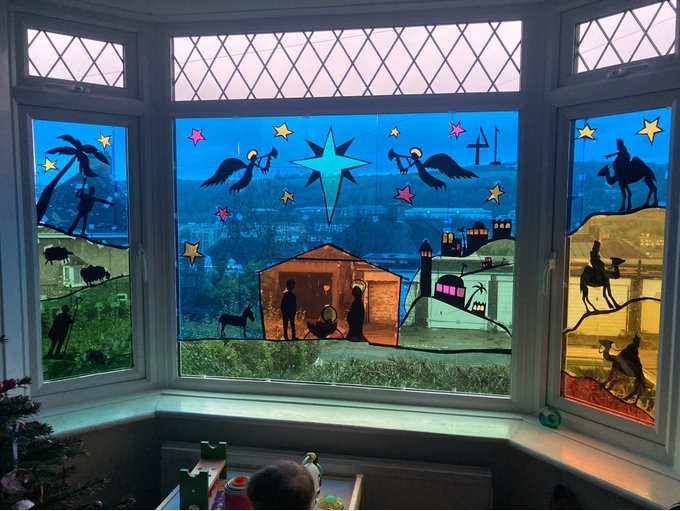 A neighbourhood’s new Christmas tradition will be launched with an in-person celebration for the first time this year.

The Higher Bevendean Advent Trail was created during lockdown as a way of neighbours celebrating Christmas without gathering, by putting festive dispays in their windows.

Now in its third year, the trail aims to help bring people out of their houses, and reconnect with each other in the neighbourhood by viewing the window displays.

On Thursday, the Mayor of Brighton and Hove will open the trail at a launch event at The Bevy.

Free hot chocolate, mince pies and wine will be served.

Organiser Zoe Donegan said: “The advent trail started in 2020 as an activity people could do from their homes during covid restriction.

“My favourite part of the trail is bringing people together with neighbours and the wider community such as St. Andrew’s Church and The Bevy pub to bring festival cheer.

“It’s not just families who are involved, we have students and pensioners as well as families taking part.”

Each day in December until the 24th, a different house on the roads in Higher Bevendean will put on their window display for the community.

The Bevy will be the first to switch on their display, followed by featured households on Hillside, Widdicombe Way, Medmerry Hill and Bevendean Crescent are included.

“People can let their imaginations run wild and be creative, they bring communities together, and they look lovely.

“I’m so pleased to be invited to launch this advent calendar in Bevendean, and hope it goes really well.”