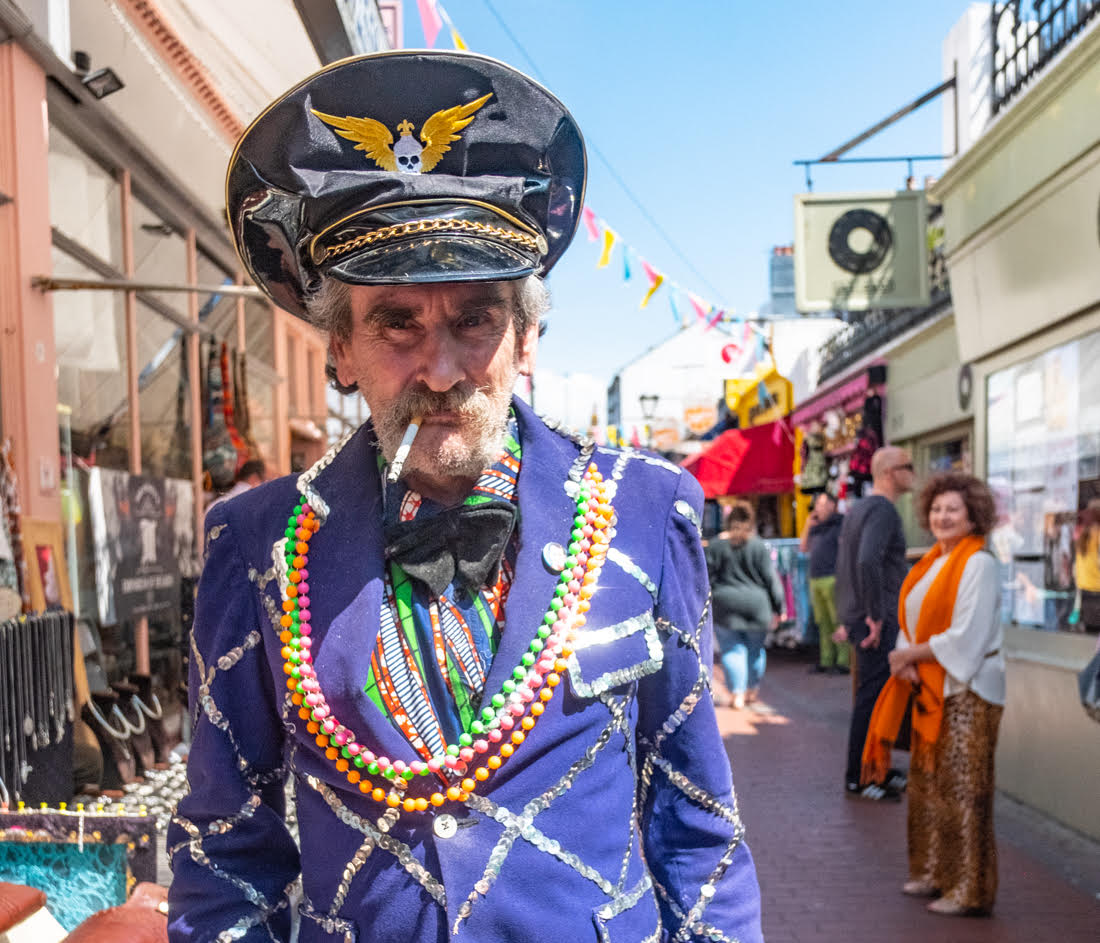 Friends and neighbours have launched a fundraising campaign for an exhibition and mural to honour the memory of James Devenney, one of the North Laine’s most colourful characters.

Mr Devenney, known to many as North Laine James, sadly passed away on October 17 aged just 62.

A group of North Laine residents and businesses hope to hold a memorial day for him next May as part of the Brighton Festival.

The fundraiser has been set up by Karen Colvin, Michael Hutson, CEO of Brighton and Hove Museums Hedley Swain, JJ Waller and Maxine J Horn.

In a statement, they said: “James was one of Brighton’s most colourful characters who lived in the North Laine for over 20 years.

“He was best known and admired for his outrageously quirky and colourful outfits representing his love of punk, Bowie and rock n roll.

“He was an avid vinyl collector and owned a huge collection bought from local record shops such as In Your Tracks and Resident Records.

“He loved to rummage the charity shops and often nipped into Snoopers to check himself out in their full-length mirror before sauntering slowly and confidently through the Laine.

“He brought a smile to so many faces, brightening up the dullest of days.

“James’s background remains a bit of a mystery not least of all as his sense of humour and cheeky story telling often blurred the lines between fun imagination and the almost truth.

“Without any close family his only assets were his record collection, fantastic outfits and his sparkling personality.

“Many thousands of fans and commentators across social media have asked for James to be memorialised in a creative commemorative way – such as a mural, statue or in other ways like a photographic and outfit exhibition at Brighton Museum or the Pavilion.” 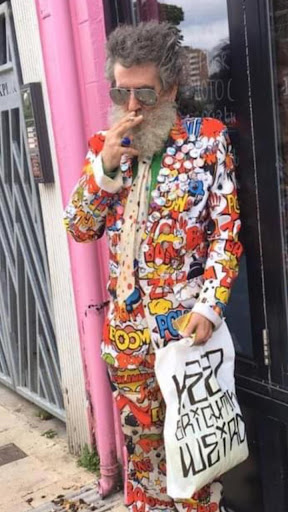 James in his superhero outfit. Picture by Lisa Amerena Mason

Brighton photographer and publisher JJ Waller, whose many popular books contain images of James, said: “James personified a Brighton spirit matched only by the Prince Regent himself. The North Laines was his catwalk where he leaves a lasting legacy etched into Brighton folklore.”