More than 1,200 people have signed a petition to save a council-run nursery in Brighton from closure.

Bright Start Nursery, at the Old Slipper Baths, in Barrack Yard, North Road, is listed in Brighton and Hove City Council’s draft budget for closure to save £104,000.

According to the budget report, the nursery building requires “significant” work – and there are 42 other nurseries within two miles.

Bright Start has places for 50 children from three months to four years old and employs 15 staff.

The petition, Save Bright Start – Brighton’s City-Centre Council-Run Nursery, on the Change.org website, said that it was one of “very few” nurseries locally to provide year-round care for babies and young children from 8am to 6pm daily.

A father of two, Guy Coulson, said that parents at the nursery had started a campaign to raise awareness alongside the petition to try to persuade councillors to change their minds.

Parents are concerned about the effects of another change for their children after many of them had a disrupted start to their lives during the coronavirus pandemic.

Mr Coulson’s sons Joe, three, and Zach, one, attend the nursery, which he described as their first community, adding that it would be “broken up” if Bright Start were to close.

He said: “It has been brought to my attention that the council runs two nurseries in Queen’s Park – two prestigious nursery schools, the apex of early years facilities – Tarnerland and Royal Spa.

“It seems grossly unfair that that part of the city has such generous coverage and the North Laine is to be left with nothing.

“Our children have been through a challenging enough start in life thanks to covid.

“I do appreciate the perilous position the council is in but communities are worth fighting for – and where there’s a will, there’s a way.

“The Greens do not seem to have the will to fight for our children, our community. Where is the engagement? Do the Greens care more for the planet than the humans inhabiting it?”

An “equalities impact assessment” went before members of the council’s Policy and Resources Committee last Thursday (1 December) along with the draft budget.

The assessment said that 17 per cent of the children qualified for the “early years pupil premium”, a quarter of the families were on low incomes and 38 per cent had special educational needs and disabilities. 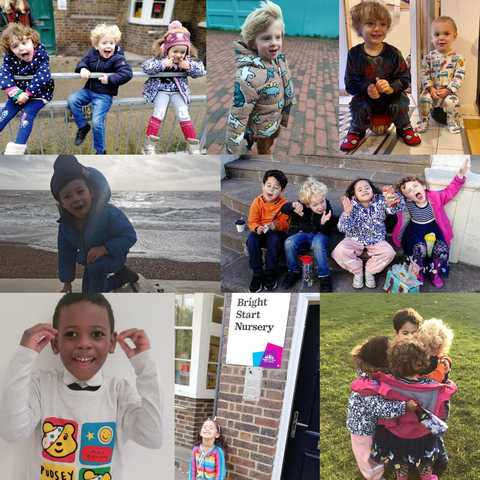 The petition said: “The staff at Bright Start also have specialist knowledge and training in dealing with a range of children with complex medical, disability and special educational needs.

“At a time when many of the other services for children with additional needs are being squeezed, closing down the nursery will mean depriving them of one of the few remaining sources of support available to them.”

A co-opted member of the Policy and Resources Committee, Anusree Biswas Sasidharan, said that many people had contacted her about the threat to Bright Start Nursery.

She said: “It is really concerning because it has such a high number of children who are SEND (special educational needs and disabilities).

“It is concerning that a lot of parents find it very difficult to find a place for their children – and there are concerns, if this is no longer a provision available, that they will struggle to find suitable places.”

At the same meeting, Green councillor Hannah Allbrooke, the deputy leader of the council, said that she did not stand for election to make the “awful decisions” that the council faced next year.