Hundreds object to plans for flats next to music venue 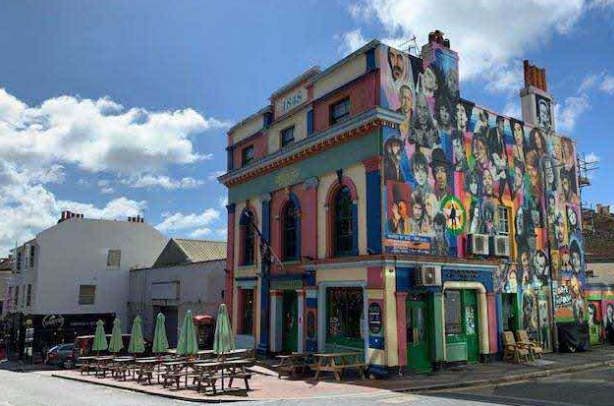 More than a thousand music fans have objected to plans to build holiday flats next to one of Brighton’s best known live venues.

Brighton and Hove News reported on plans to build flats and commercial units on the old Thrifty car rental plot next to the Prince Albert pub in August.

The deadline for comments was midnight last night, and following an eleventh hour appeal by live venue campaigner Mark Stack, 1,093 people left comments to object. Another 34 have been left today.

Their main fear is that by building flats next door, it will open the door for future residents to submit noise complaints, which can cripple a venue’s business.

Councils have a statutory duty to deal with any complaints, and although they do not have the power to close a venue down, they can require it to take measures which effectively prevent live music, with the threat of expensive court action for not complying.

This has contributed at least two live venues closing in Brighton and Hove – the Freebutt in 2010 and Blind Tiger in 2014.

However, new planning guidance just adopted by the council includes rules which say that developments such as housing shouldn’t be built next to nuisance generating uses – an example of what is known as an “agent of change” principle.

Mr Stack said: “One of the AirB&B bedrooms will back onto the wall where the venue’s stage is. It is the same situation as has happened to Manchester’s Night and Day Cafe venue, which is currently fighting a noise abatement notice in the courts.

“We can’t keep letting this happen to our grassroots venues. It is clearly bad planning to build a bedroom right next to a venue’s drumkit.

If planning permission is granted, then due to new government planning laws, there is nothing stopping the builder converting the whole space into permanent homes. The council would be powerless to stop them.

“When you consider that the Prince Albert is literally a 30 second walk away from the train station, it seems highly likely to me, that no developer would be able to resist the mega money they could make from having the building all residential and selling them to London commuters.

“I am told that show of feeling, that acknowledgement of how much this iconic music venue means to people, will have a great impact on the planning committee; particularly with Council Elections coming up in six months time.”

In 2010, the Freebutt Pub in Phoenix Place closed after someone living in a flat built against its outdoor wall made a noise complaint and its owners could not afford the noise insulation works the council said would be required.

In 2014, the Blind Tiger in Grand Parade closed, also blaming a noise complaint – although the venue was already in financial difficulties.

Brewdog took over the site, and reportedly bought the two flats above to prevent them being leased to people who would make similar complaints.

The council’s newly adopted City Plan Part 2 states: “Sensitive developments/uses should not be located in proximity to significant pollution and / or nuisance generating uses except where appropriate mitigation can be provided by the developer prior to occupation.

“In accordance with the ‘agent of change principle’ set out in the NPPF91, where the operation of an existing business or community facility could have a significant adverse effect on new development (including changes of use) in its vicinity, the applicant will be required to provide suitable mitigation prior to occupation.

“Where appropriate, covenants will be required to remove the right of occupants of new development to complain about disturbance in order to protect existing uses and businesses from the imposition of operating restrictions which could affect their ability to function.

“Sussex local authorities have developed guidance on noise to provide advice for developers and their consultants when making a planning application.”