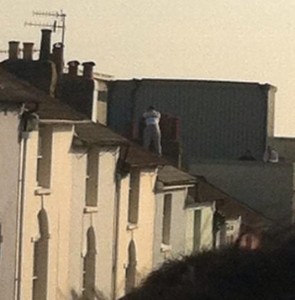 The jobless youngster climbed on to the roof of McDonald’s in Western Road, Brighton, yesterday afternoon (Thursday 18 September).

Sussex Police said: “The 19-year-old scaled a building between Spring Street and Dean Street at about 3.30pm and refused to come down. He came down and was arrested at around 7.30pm.”

About 30 officers attended the incident before Rudwick was talked down by specialist negotiators.

He will be sentenced later.

He also faces charges of assault and failing to answer bail.