A passenger pulling the emergency cord at Balcombe during the morning rush hour caused more than 25 hours’ worth of delays on the trains. 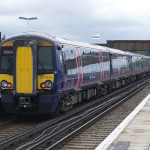 The passenger communication cord was pulled on the First Capital Connect 7.02 Brighton to Bedford service just before it went through the Balcombe tunnel on August 21 at about 7.40am.

The resulting delays lasted until 11am – a total of 1513 minutes across 17 services.

The figures are revealed on the incident log for August 21, 2014, which was released by Network Rail following a Freedom of Information request via the What Do They Know website.

The log doesn’t make any mention of emergency services having been called as a result of the cord being pulled.

It also details the small technical issues and human error which added to delays through the day.

One note reads: “It didn’t help that BH18 driver allegedly left his key on in the london end cab at Victoria and had to walk back from the country end cab effectively changing ends twice.”

Another says: “VC858 never answered his mobile phone to advise him of this. Victoria PM adivsed TSM that ‘he never answers his phone or calls back’.”

Further delays were caused by faulty doors, and a three minute delay while a driver investigated a “loud and constant” droning noise coming from the front of the train.

A spokesman for First Capital Connect says it has no record of why the communication cord was pulled.