Two Sussex Police officers are receiving medical treatment after being injured while trying to help an ambulance crew with a patient.

The two PCs were on patrol in Norfolk Street, Brighton, at 9.15pm last Friday (3 October) when they stopped to help an ambulance crew.

The medics were trying to deal with a man who appeared to be on drugs.

The man began walking in the road so the officers tried to get him back on to the pavement but were attacked.

A male PC was punched in the head, scratched and suffered other cuts and bruises. The female PC had her wrist twisted, was bitten on the arm and scratched on the face and arm.

The patient is HIV positive so both officers have now been prescribed medication for four weeks as a preventive measure.

Chief Superintendent Nev Kemp, the divisional commander for Brighton and Hove, said: “The medication will make both of the officers extremely nauseous for about a week but is necessary to try to reduce the chance of them catching an infection.

“We are giving them as much support as we can while they recover from the incident. 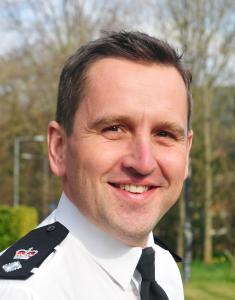 “What they are now going through highlights the enormous risks that officers experience each and every day to help keep people safe, putting themselves in danger to protect the public.

“The two PCs were injured doing their duty by trying to help a man who needed assistance.

“I have wished them a speedy recovery and am looking forward to having them back doing the job they do so well.”

Chief Superintendent Kemp added: “We accept that there is a minimal risk of infection, but the health and welfare of our officers is extremely important to us.

“The National Aids Trust guidance to police forces suggests that HIV transmission as the result of a bite is an extremely low risk scenario but not ‘no risk’.

“So as a precautionary measure our officers were sent to seek medical advice. On the strength of that advice, they were prescribed a course of treatment.”

A 47-year-old man from Brighton was arrested on suspicion of assaulting a police officer and having a controlled drug. He was released on bail until Sunday 18 January.

Anyone with information about the incident is asked to phone Sussex Police on 101, email 101@sussex.pnn.police.uk or contact the independent charity Crimestoppers anonymously on 0800 555111.